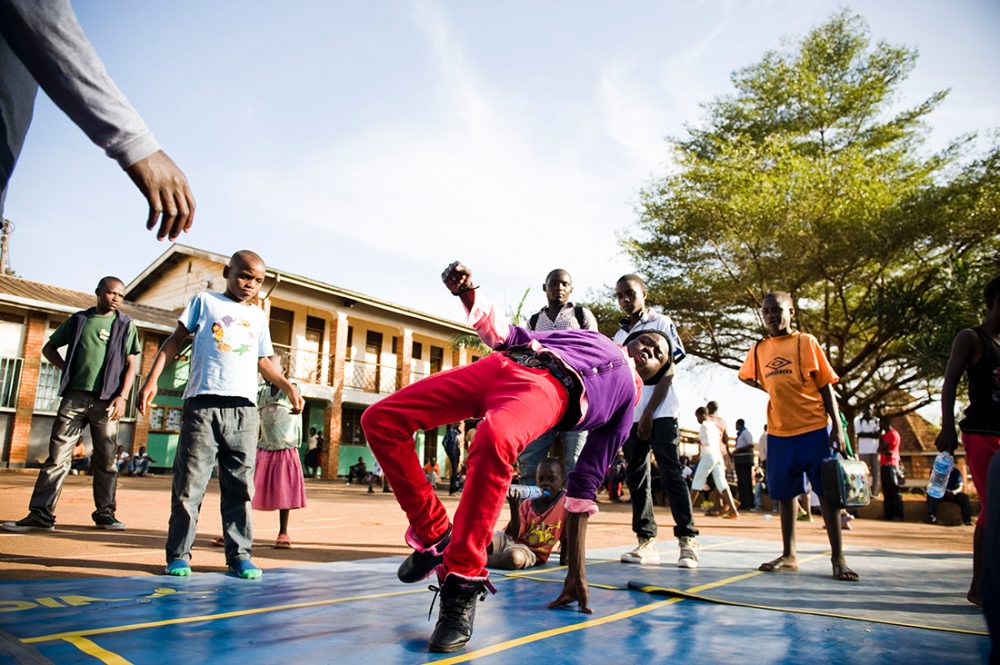 Hip Hop is a lingua franca that binds young people all around the world, while giving them the chance to alter it with their own national flavor. Born in New York City, as a subculture among African American communities, it was a reaction to their daily experiences of poverty, racism, exclusion, and violence, that has evolved into a worldwide movement. There is hardly any country in the world without some kind of Hip Hop scene, as it remains accessible and grassroots. Because of its temporary and unbounded nature, Hip Hop has come to embody a specific public function in Uganda, by providing a forum for youth, who for a long time have lacked political or economic agency to express and assert their own presence. It is a reflection of Uganda’s everyday sociocultural youth realities, and over time it has become a useful medium for mobilizing youth culturally and socially.

Breakdance Project Uganda (BPU) is a non-profit, voluntary organization in Uganda’s capital Kampala, using the elements of Hip Hop to transform and revitalize the lives, perceptions, and cultures of the local youth. East African Hip Hop is a hybrid culture, build on western styles of hip hop, which merge with indigenous structures, embracing many facets of different cultural traditions. It provides opportunities for expression, hope and empowerment, moreover, it is a tool for education.

“It’s a Hip Hop world” describes the spirit, energy and drive for self-awareness and social-consciousness of B- Girls and B-Boys in Uganda, regardless of their social background. 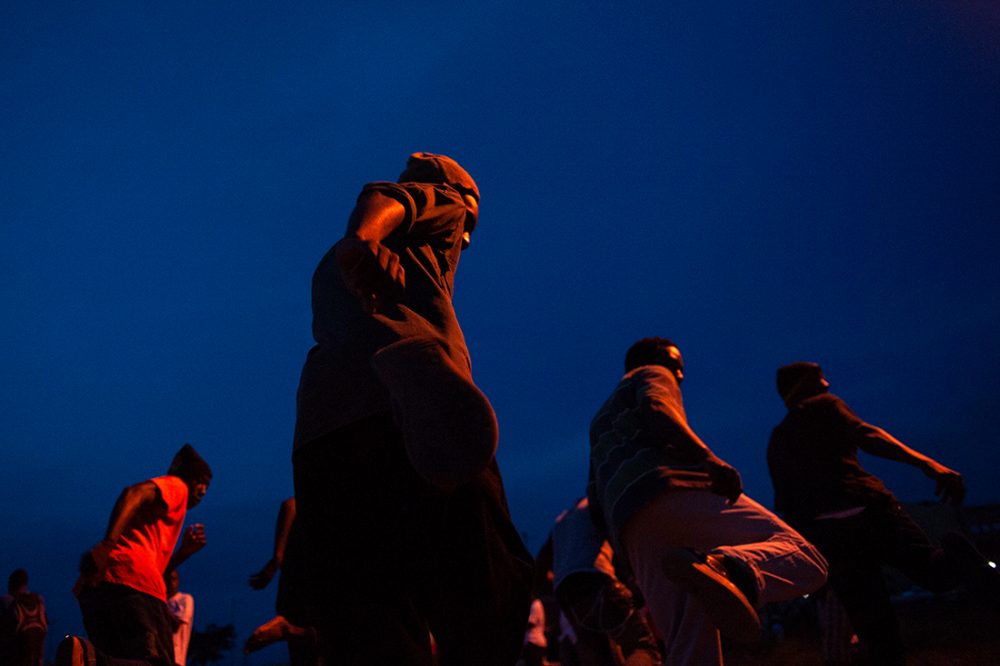 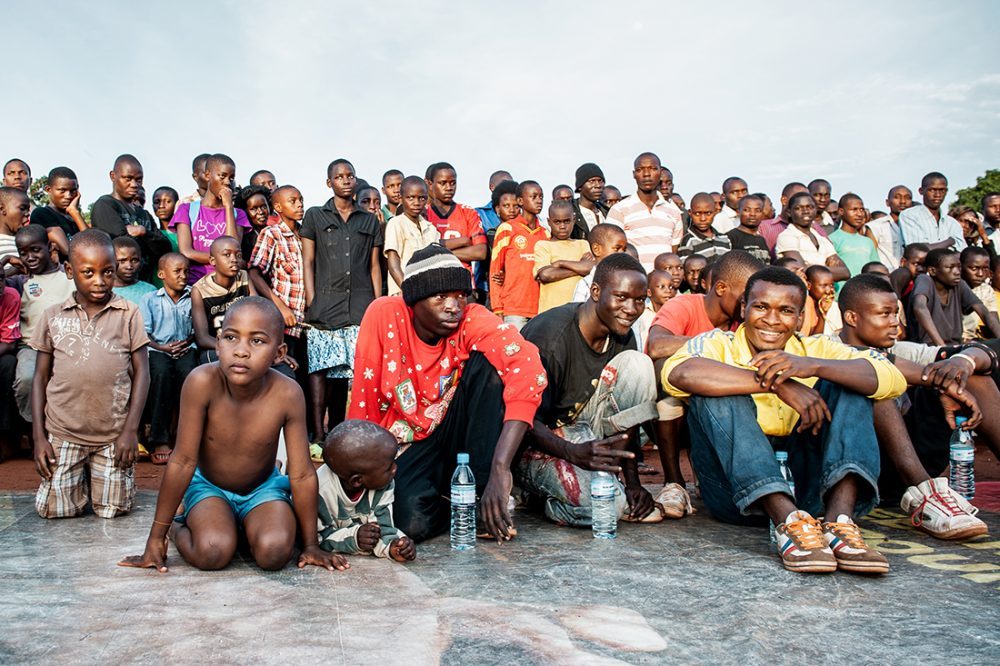 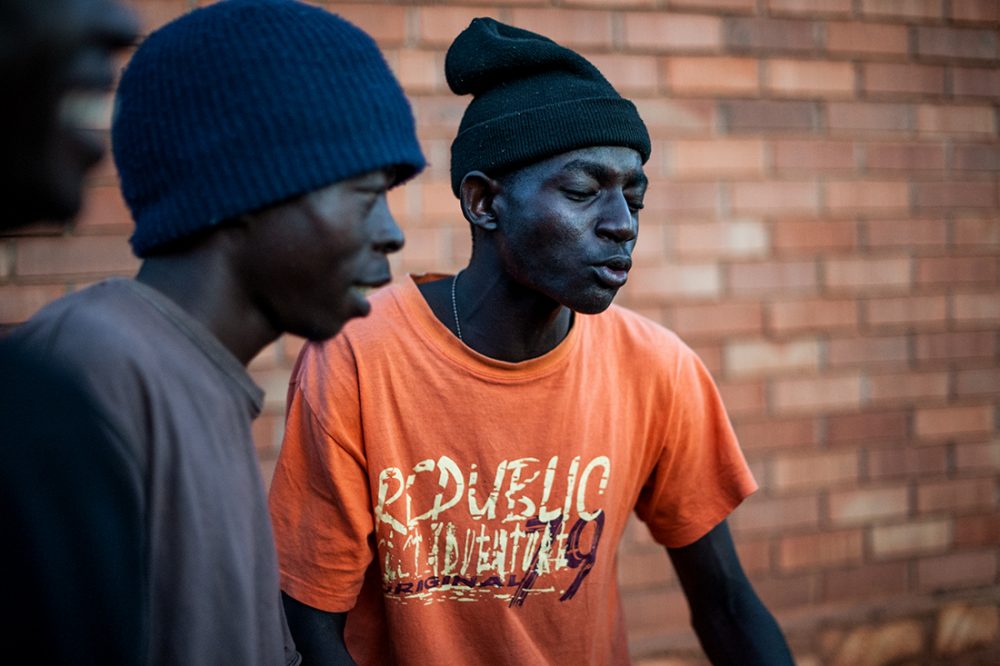 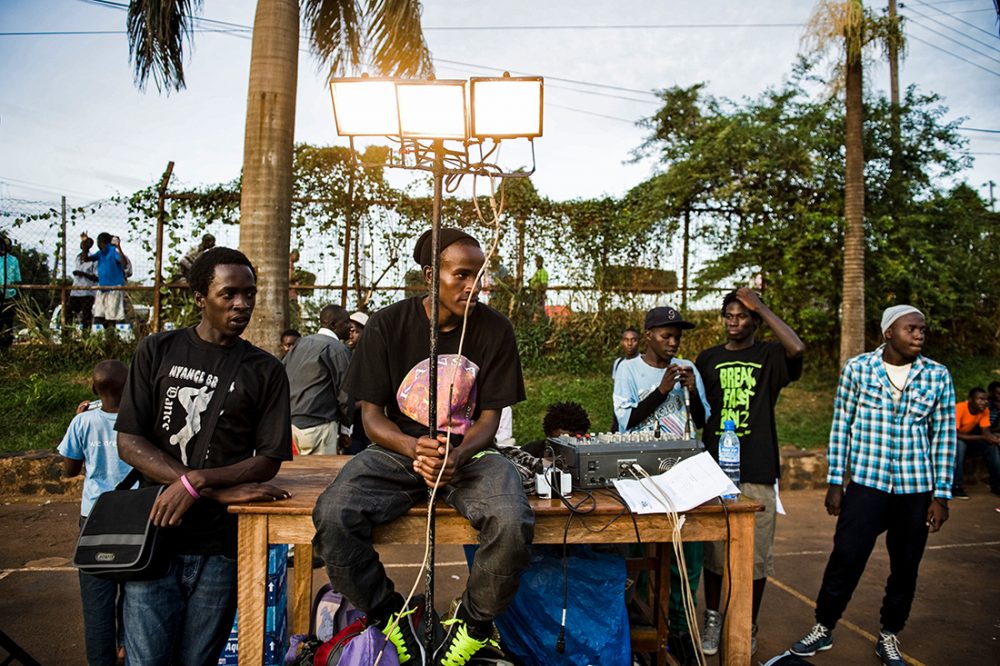 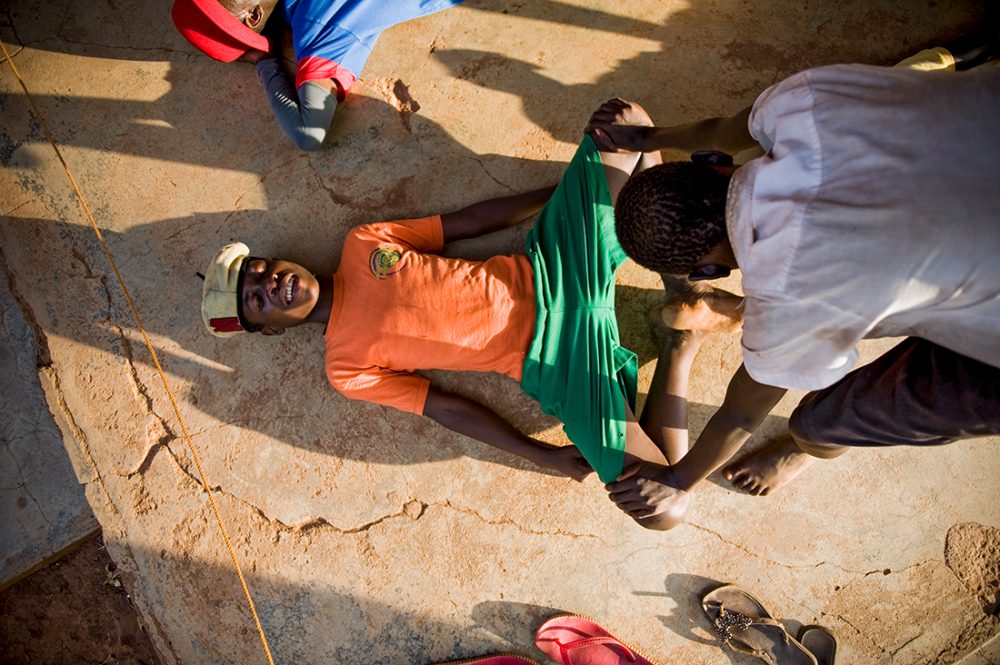 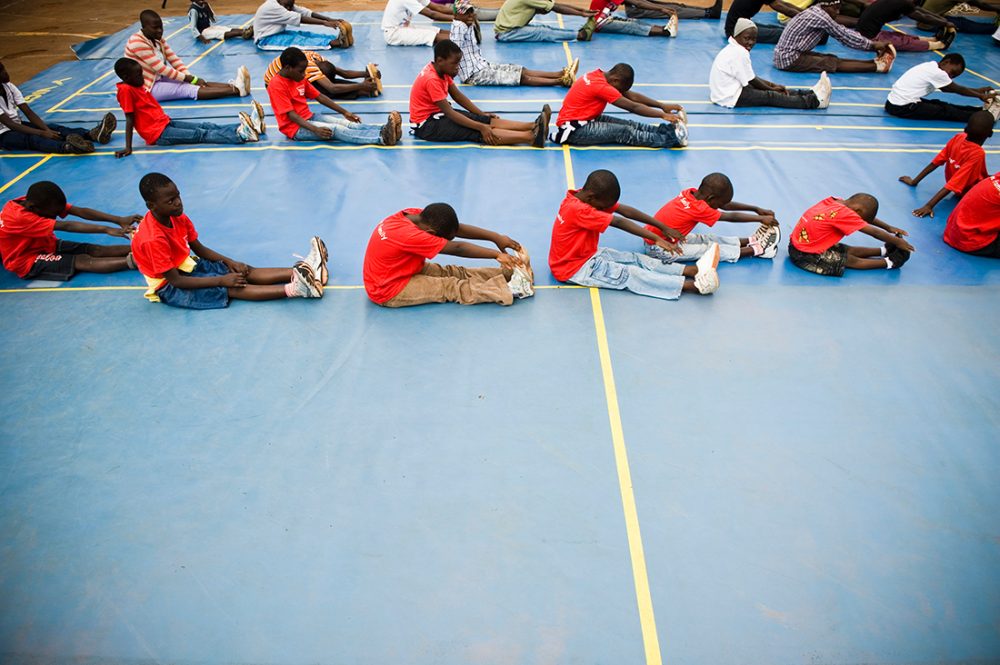 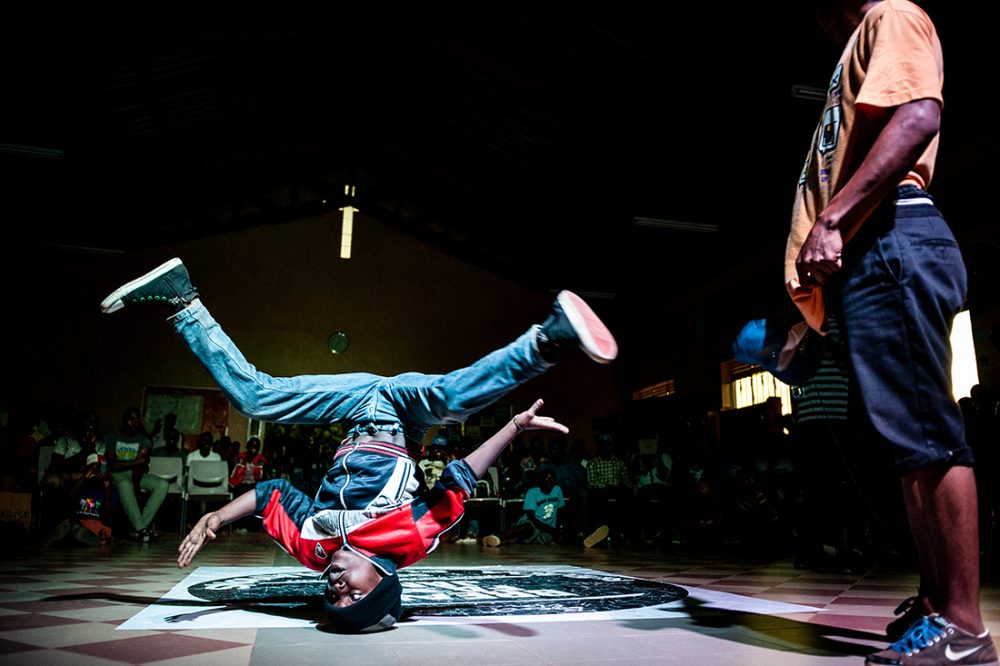 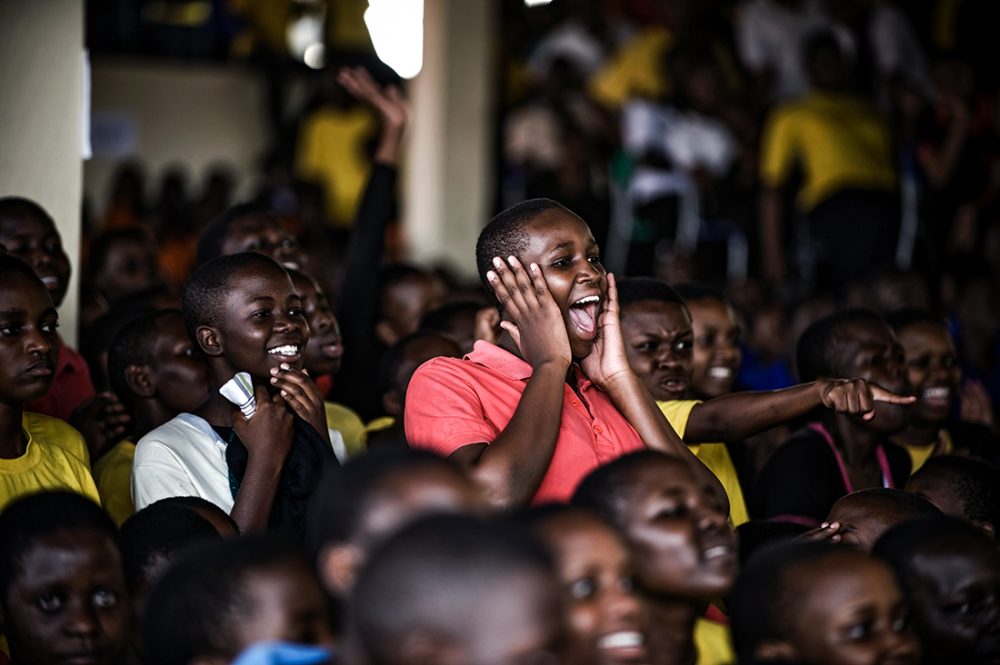 Astrid Dill is a documentary photographer based in Germany. Her work focuses on contemporary sociocultural, environmental and humanitarian issues, often outlined by individual stories. Her main coverage areas are Africa and Europe.

This includes the work “I’m still with you”, about the Memory Books in Uganda. Since 2010, she has been documenting the influence of breakdance and Hip Hop for socially disadvantaged young people in Uganda. In 2011, she captured individual stories of immigration on behalf of the Goethe-Institute. In 2014, she documented the situation of Uganda’s “Queer“ community then living under the notorious Anti-Homosexuality Act, commonly known as the “Kill the Gays” bill. Her ongoing work, “We Are Here “(2020), looks to document the continuing lives of the LGBTIQ+ community in Uganda.