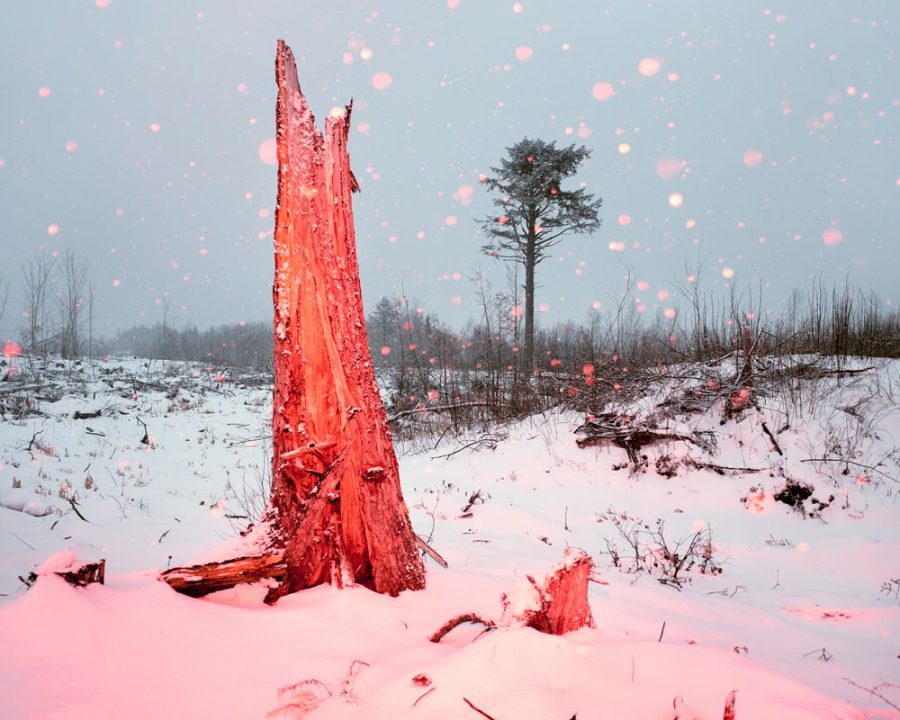 Plaster Rock and Other Visions

In 2013 Benoit Paillé took the radical decision to live on the road. He is an atypical artist, an agitator, absent and edgy. After spending his early years surrounded by secondhand smoke and stoned on Ritalin, he embarked on a bio-medical career before falling into the rabbit hole of photography. Using colorful flashes to outline surreal representations, he sees himself like a hyper-realist painter, his pictures documenting an altered state of mind, with none of his shots retouched. He has a predilection for casual people and locations, kitsch landscapes, fences and strange parking lots. He is seeking the unexpected and the unseen. Always on the move, he has broken more than 3 cameras a year on speed bumps and dirt roads.
This January, Benoit had an accident travelling on the Appalachian Range Scenic Drive in Canada, crashing his truck-house during a snow storm on an icy road and losing everything. He was rescued by Phil, the founder of a trucking-logging company, who towed his truck-house to Plaster Rock and baked him a pie. He will have to wait months before his house is repaired. In the meantime, he continues to corrupt his surroundings and traditional habitat with technology. 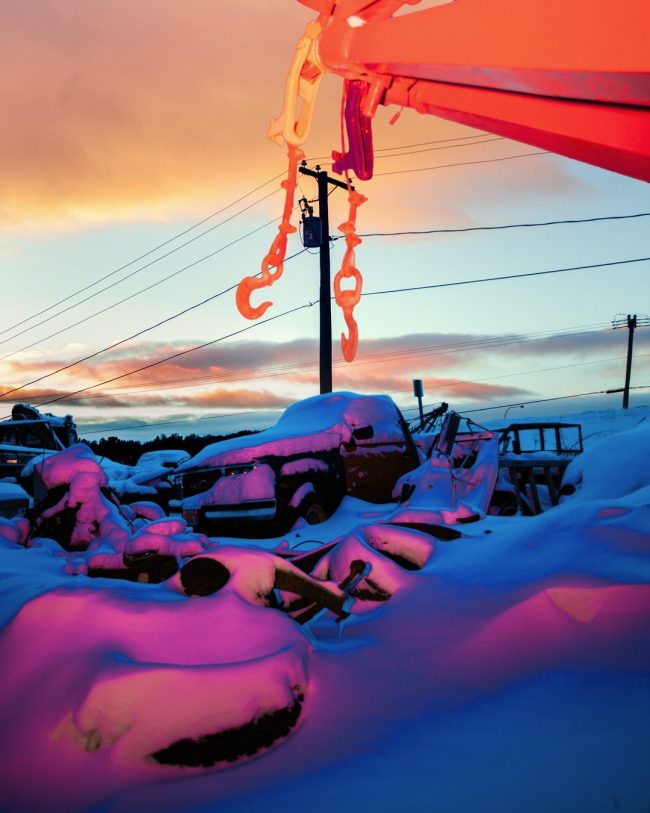 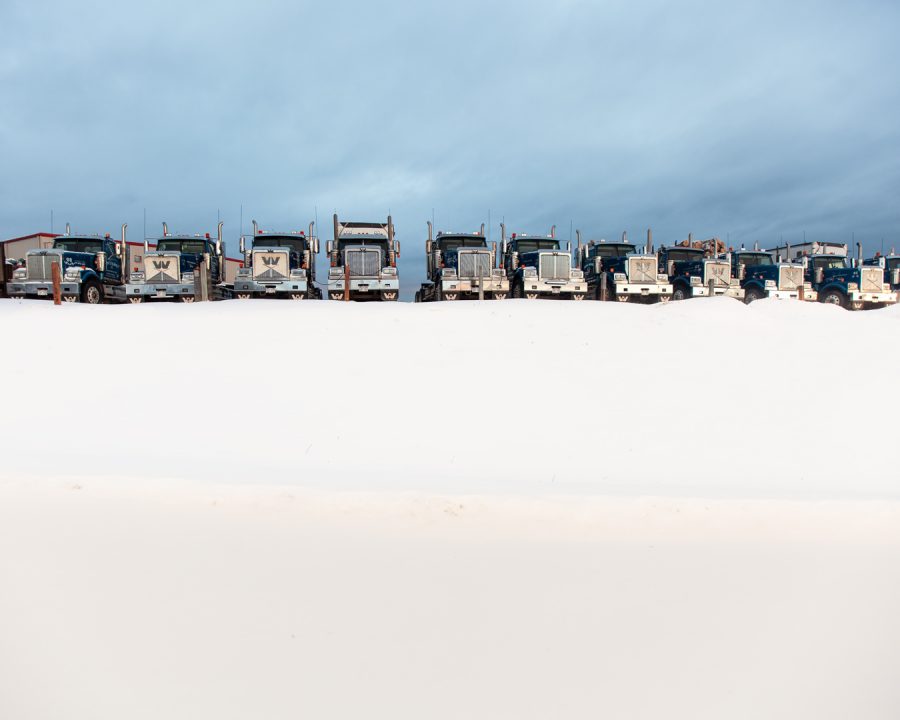 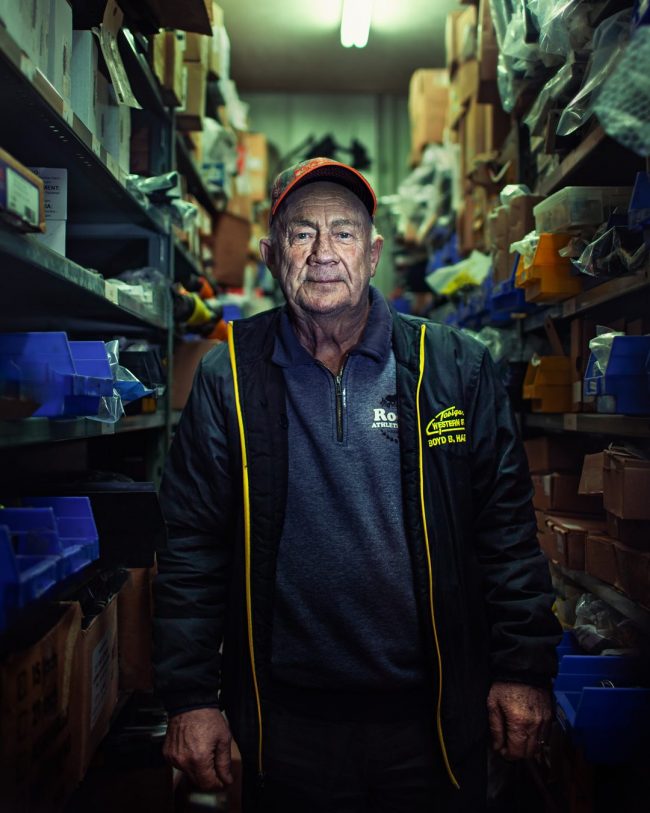 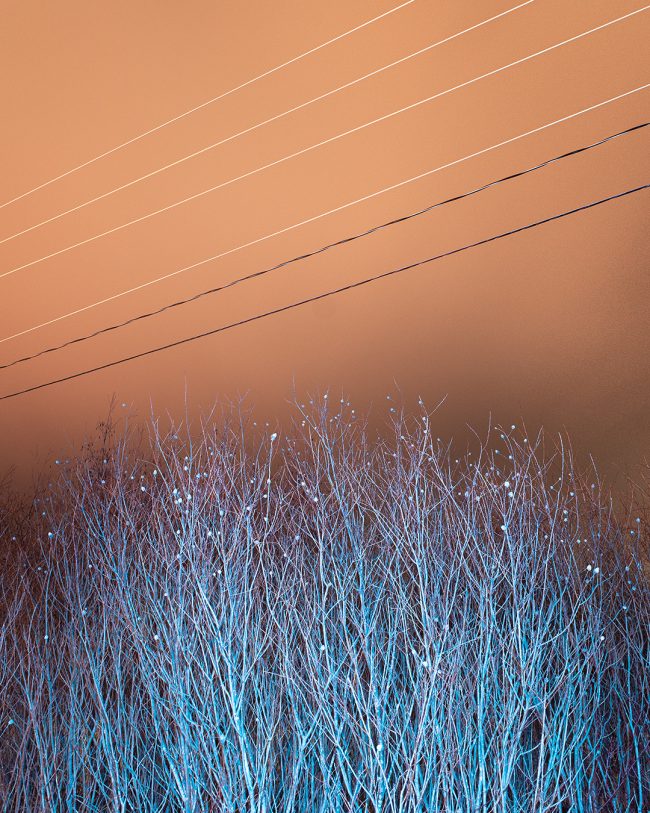 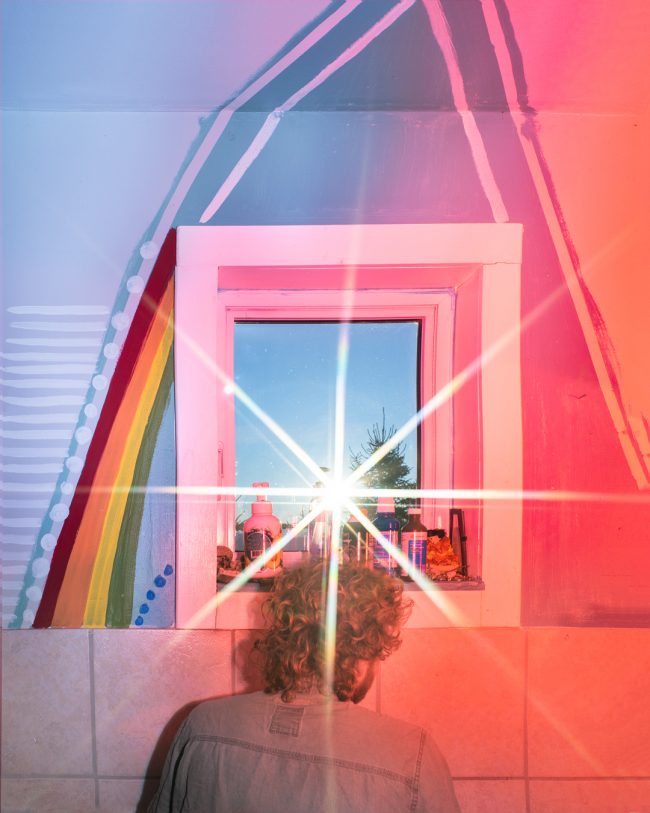 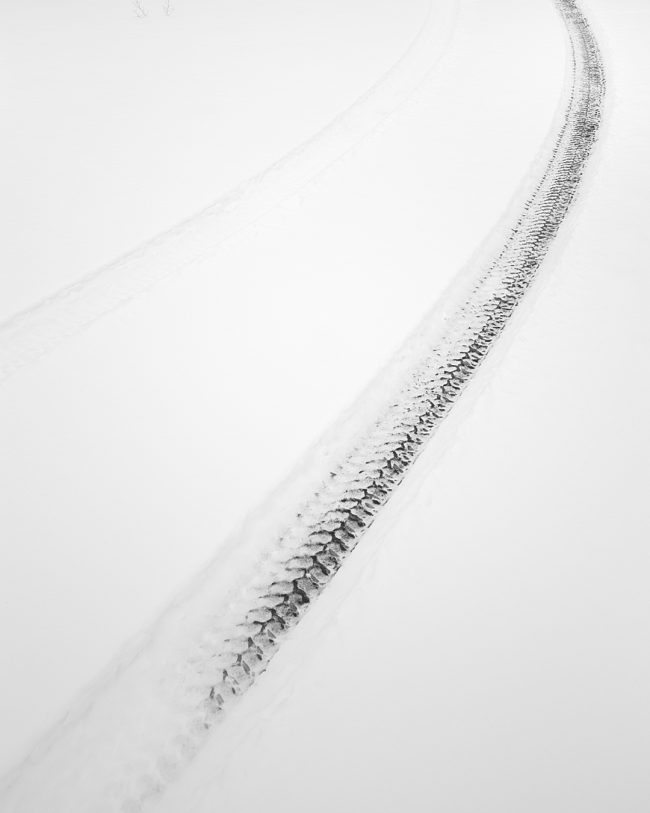 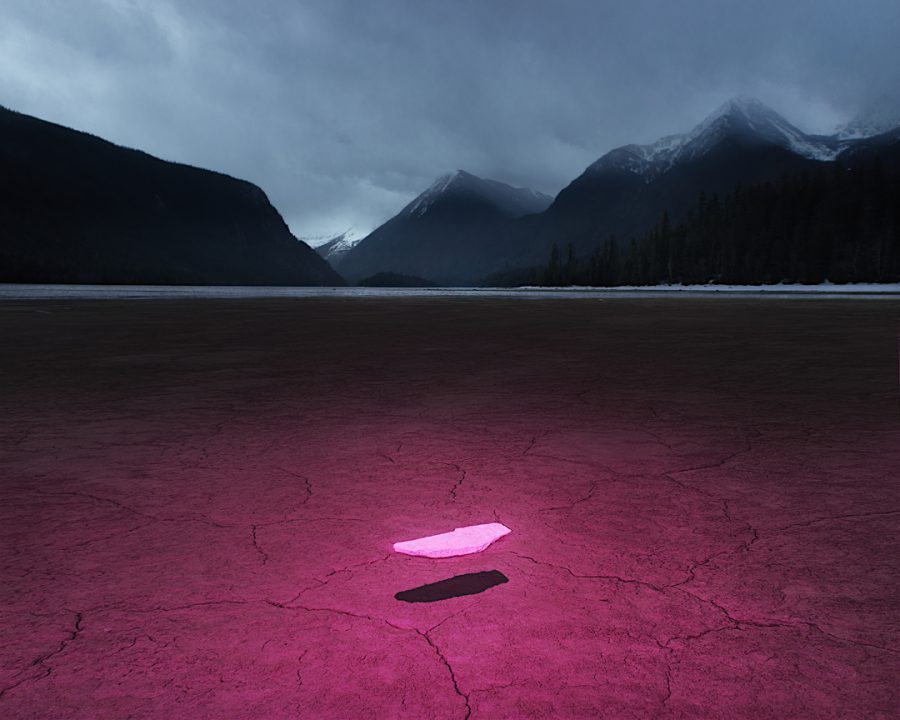 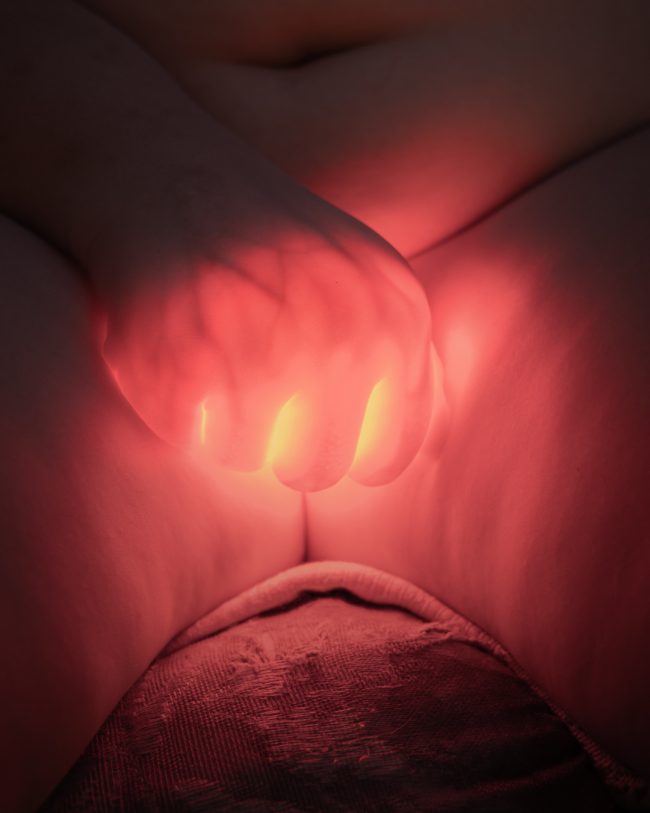 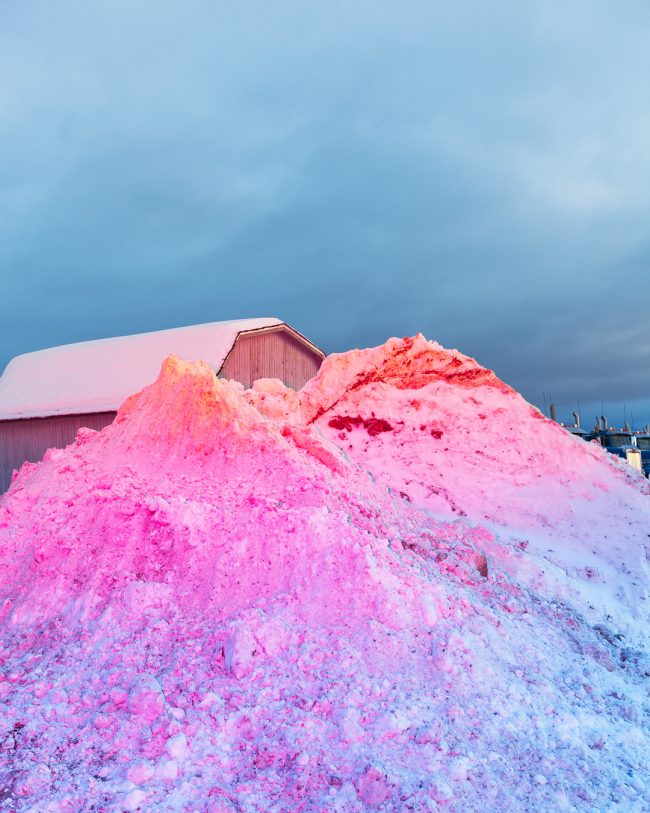 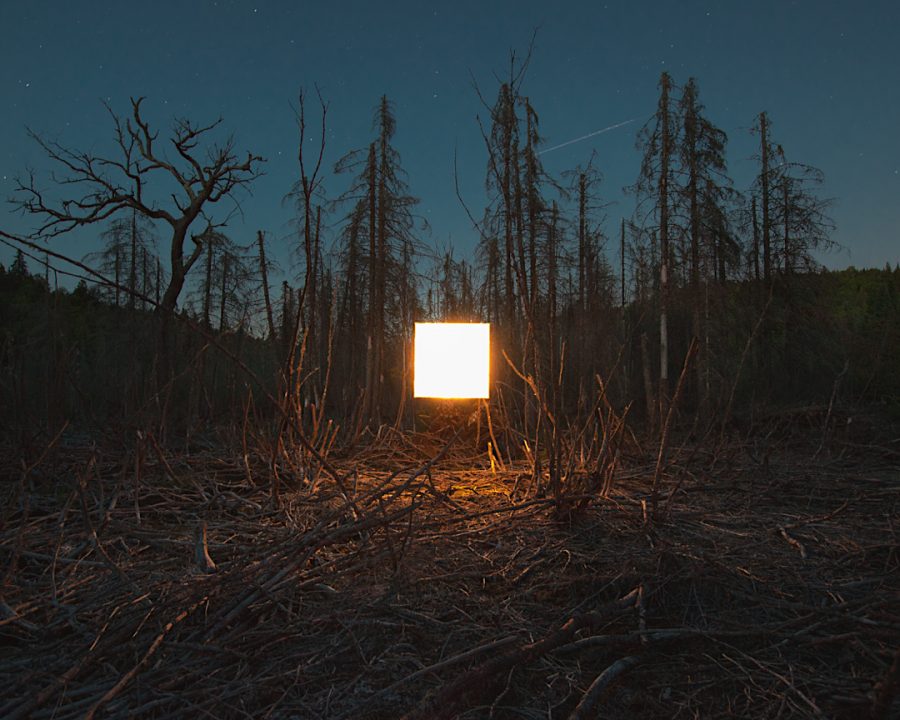 Anti-bio Bio
On the road living in his camper since 2013, Benoit Paille is an atypic artist, conscience agitator, creative genius, absent and edgy. Early in life he was surrounded by secondhand smoke and nicoret patches, which helped him to develop his artistic taste. Stoned on ritalin for most of his crucial years, he undertook a bio-medical career until he fell into the rabbit hole of photography.
Self taught, he quickly had exhibitions in galleries around the world : Russia, Ukraine, Spain, Amsterdam, France, United States and Quebec. But his many travels deprived him of any sustainable psychological follow-up which led him into regular crisis. With his growing number of likes in the digital world, we can really say he acquired an artist status, as long as the clicking fame lasts. Spontaneity is prevalent in his work.  Using colourful flashs to outline surreal representations “ I often see myself like an hyper realist painter, my pictures documenting an altered state of mind ”. Cultivating a predilection for casual people and locations, kitsch landscapes, fences and strange parking lots, he’s seeking the unexpected and the unseen. “ Everybody can shoot a beautiful scenery or sunset, but I rather be a pataphysician, to think about what others don’t ”.  Always on the move, he realized a new record by breaking more than 3 cameras a year in speed bumps and dirt roads. Even if he considers himself a product of today’s hyper capitalism, he tries to oppose his resistance by acting out against selfies, trends, even if he thinks he’s the best photographer he knows. Of a disdainful nature, he yearns to be excluded from any renowned circle. Despite his international recognition, Benoit remains humble and open to others. He has the ability to intrude easily in the authentic life of people to wreck and corrupt their traditional habitat with technology. When children ask him what his THC vaporizer machine is, he lies and tells them it’s an asthma device. Wishing to stand apart from classical biographies, Benoit is making a lot of efforts to break through. Either way, he’s putting a lot of energy in transgressing conventions. Art sustains him more than leftovers hot-dogs.