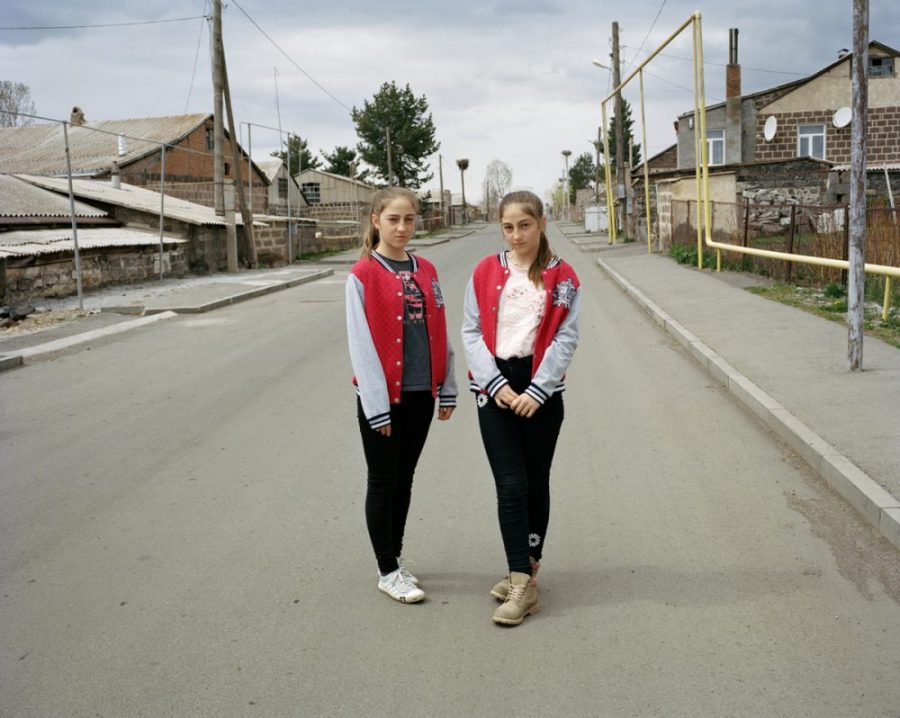 Georgia: In the Shadow of Europe

This is a journey along the new Silk Road, a newly constructed railway, which begins in Azerbaijan, flows through Georgia and along into northern Turkey (Kars) – to visually explore what has been heralded by key funders: SOFAZ (State Oil Fund of Azerbaijan) as a modern-day gateway to Europe: promising renewed unity and prosperity.
Located amidst a troupe of authoritarian countries: Azerbaijan, nearby Iran, Russia, and Turkey, Georgia has always looked to the West and harboured hopes of a democratic vision for their future – one that is especially apparent in Tbilisi where an almost heady-lust for European values exists.
So to what extent will this so-called democratic railroad bring change and perhaps leverage Georgia’s integration into the European Union? Seen by critics as a moot transportation development and skeptical it will not provide any greater economic progression. But instead only serve to boost the geopolitical importance of Baku in the region; transporting Azerbaijan’s oil-wealth to Europe whilst further isolating its neighbour, Armenia.
So is Europe right for Georgia? What do the people really want and how do they perceive their country, nationality and future? 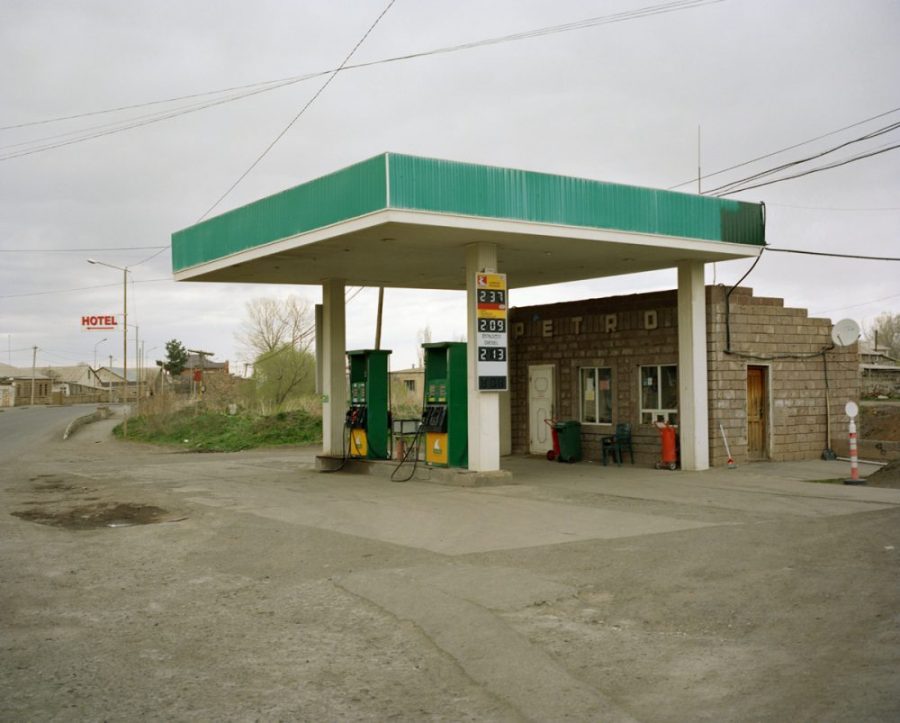 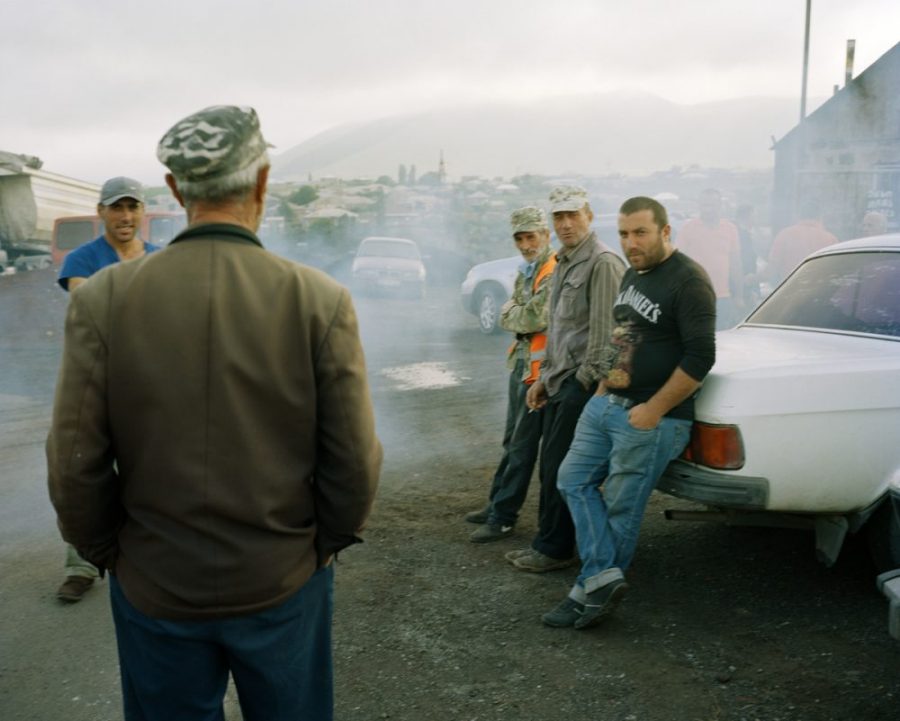 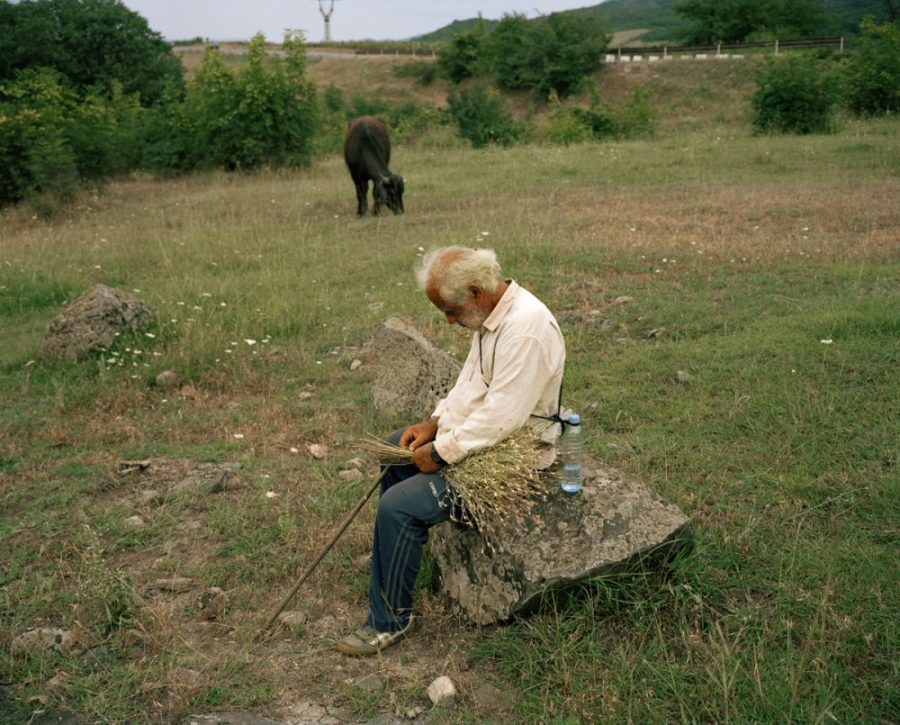 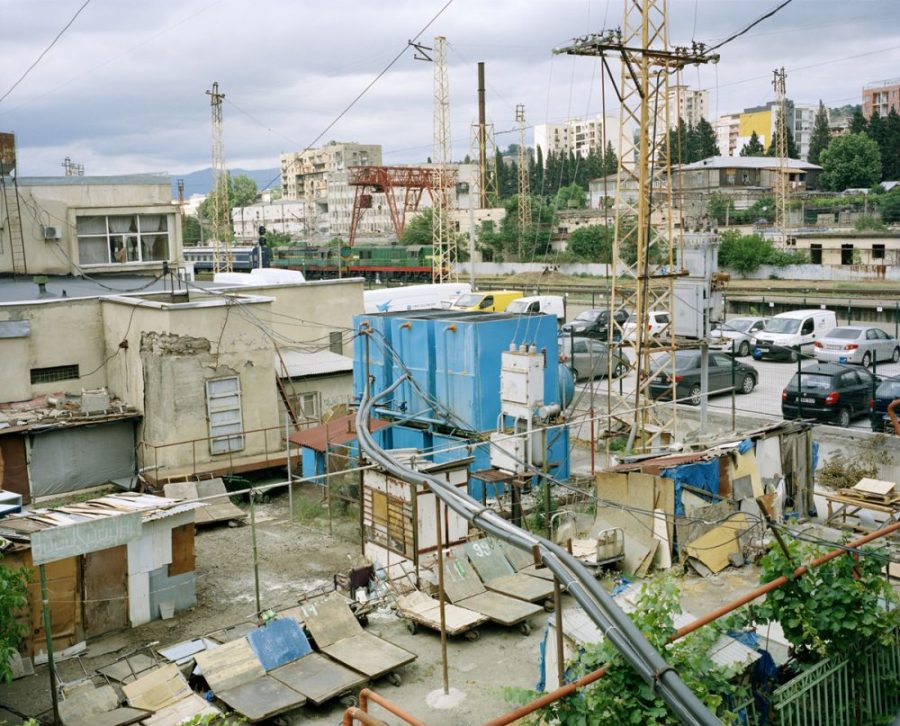 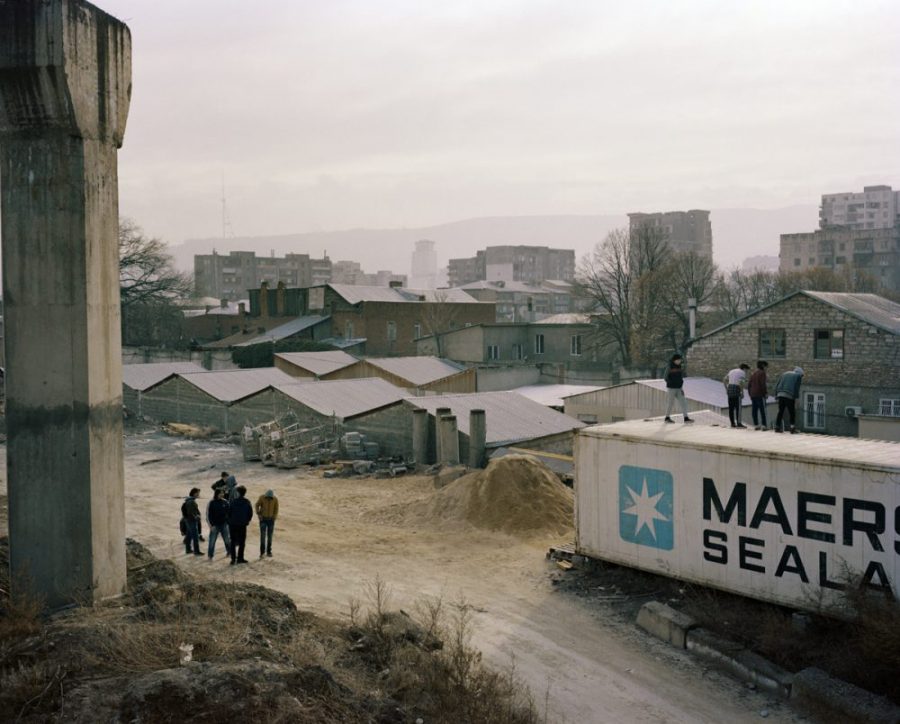 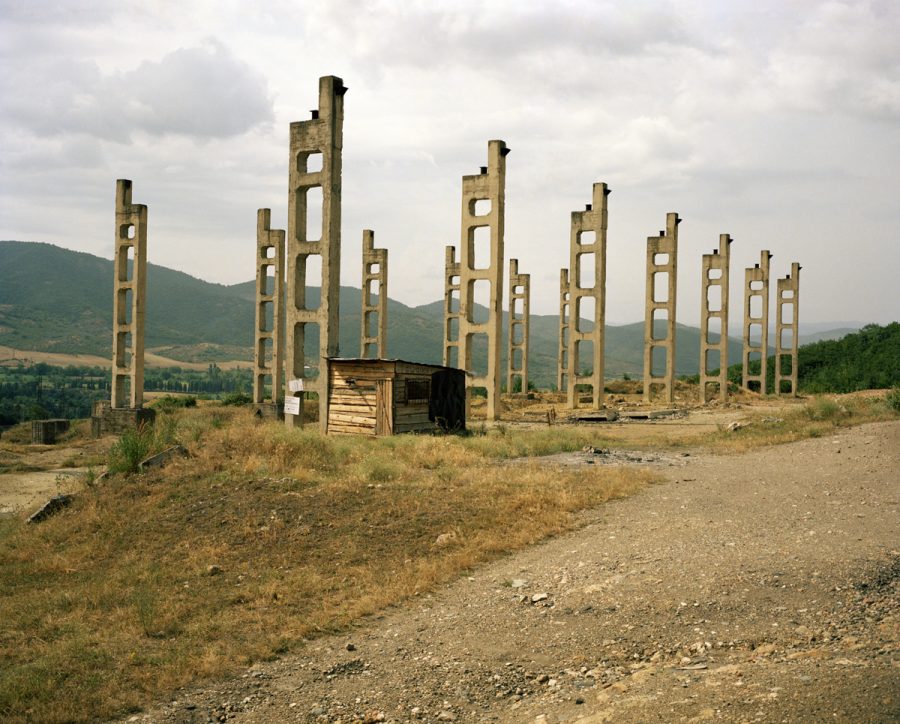 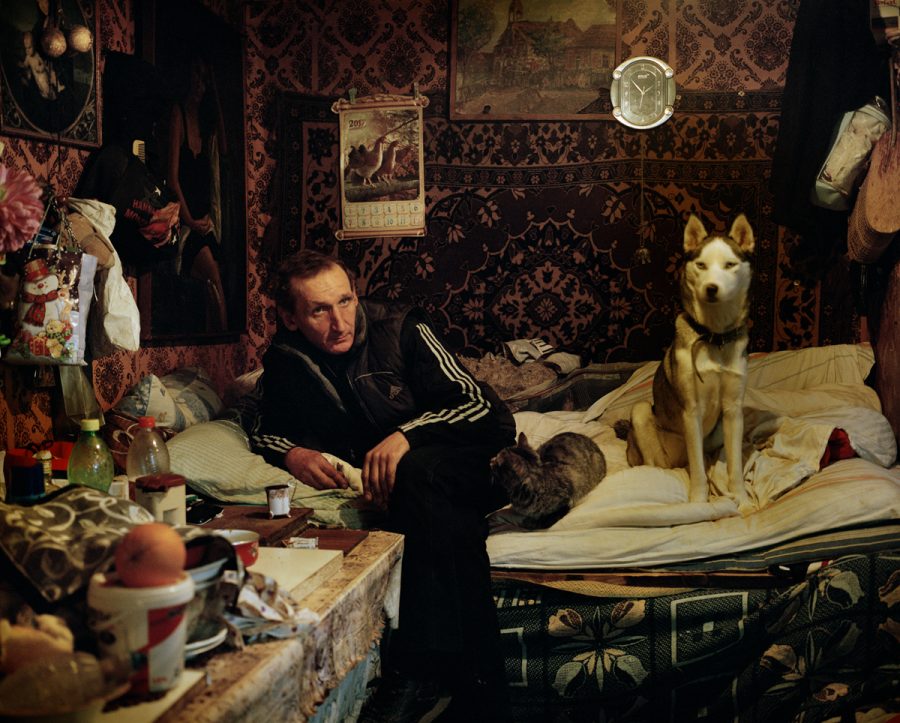 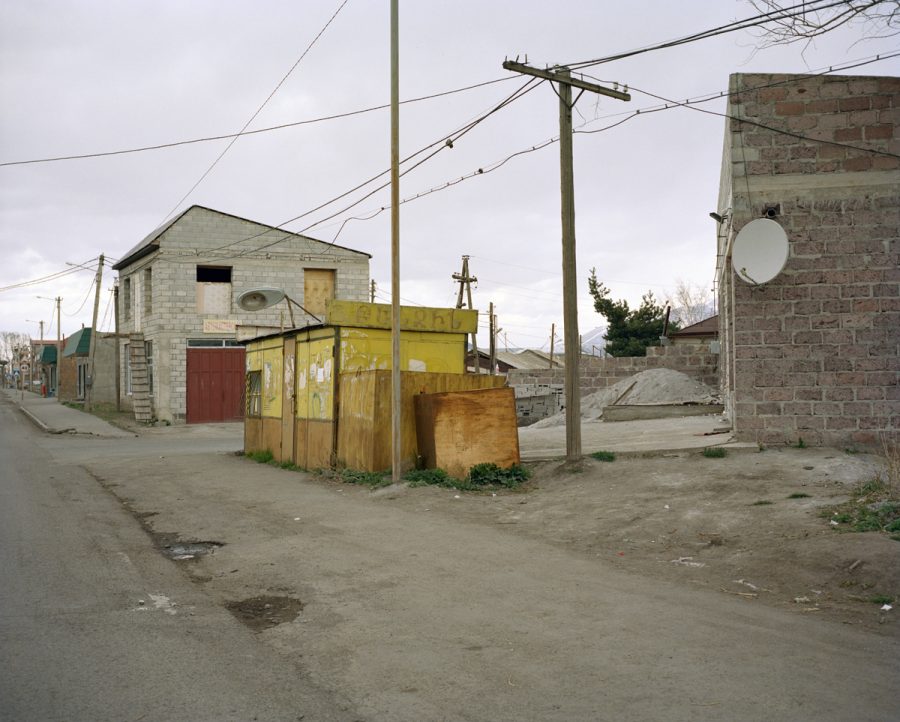 “I work on long-term, sustained projects underpinned by political themes. Developed over seven years I have been fascinated in the former Soviet republics and how their ideologies adapt and transform, shaping contemporary social issues.

The exploration of these topics began in Transnistria, (Moldova’s breakaway region) with ‘Stories East of the River’, which explored the new generation growing up in the unrecognised republic.

Between 2012-13, interests took me to eastern Ukraine where I began to explore the mechanics of corruption. In 2014-15, this subsequently led me to occupied Crimea, where I began to examine the Russian annexation and propaganda systems.

Between December 2013 and June 2017, I was based in Baku, Azerbaijan where I scrutinised the makings of a fake metropolis; a modern-day Potemkin village, as a political strategy to present the veneer of progress and associated democratic freedoms.

Now I am working on a new body of work in Georgia – a journey along the new Silk Road, a newly constructed railway, which begins in Azerbaijan, flows through Georgia and finishes in northern Turkey – exploring ideas of change and European integration.

I have a degree in documentary photography, from the University of Wales, Newport.”