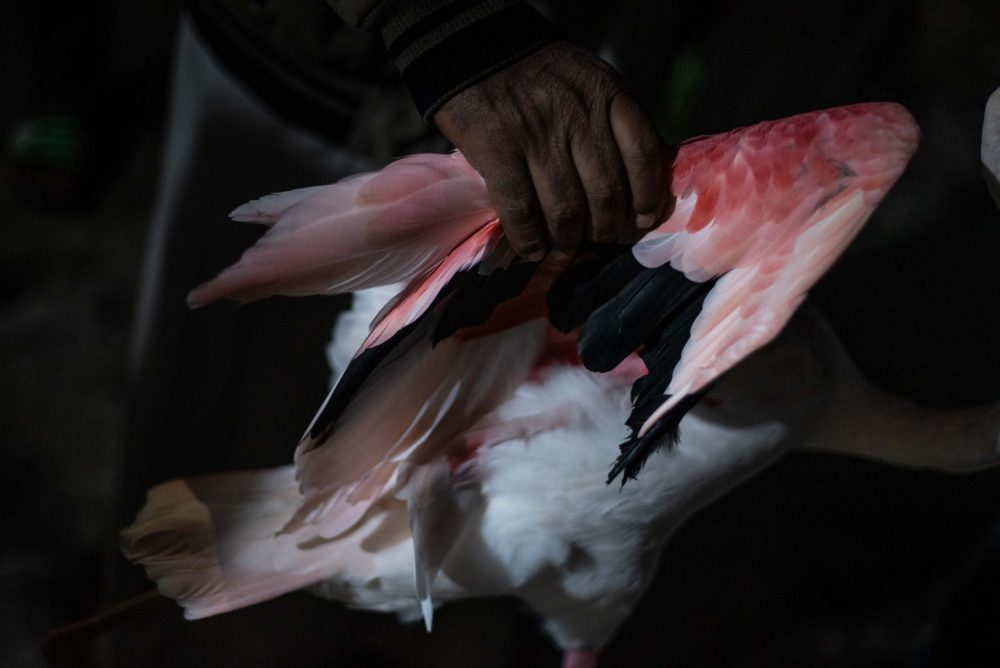 The « Ahwar » are archeological sites with a biodiversity classified as World Heritage by the UNESCO. An important flamingo traffic supports poachers, carvers and merchants in this region where unemployment rate reaches 25% of the population. From November to March, during cold temperatures in Iraq, flamingos migrate in the Iraqi and Iranian marshes rich in aquatic invertebrate, larvas and eggs.
During this season, poachers capture dead or alive flamingos thanks to large nets and traps. Some of the birds are secretly sold to rich Iraqis or Arabs from the Gulf region and used as domesticated pets to sublime a fountain or a garden. Others are killed and sold for their brain and meat that Iraqis from the marshes are used to eat.
Flamingos are a protected species in Iraq, but the repression is almost inexistant and the police is too afraid to face the armed poachers familiar to the wetlands.
«They’re heavily armed, can set up ambushes, and know the marshes better than us, sometimes going as far as threatening our families », relates an environmental activist. 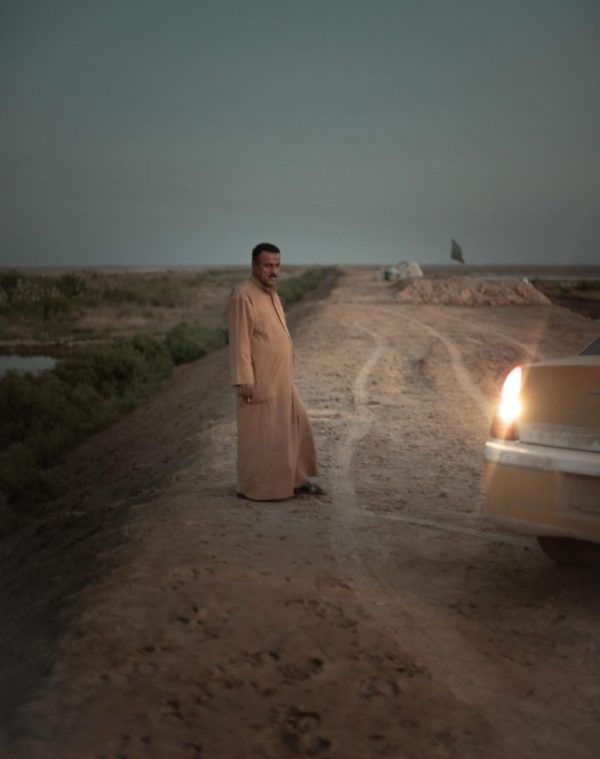 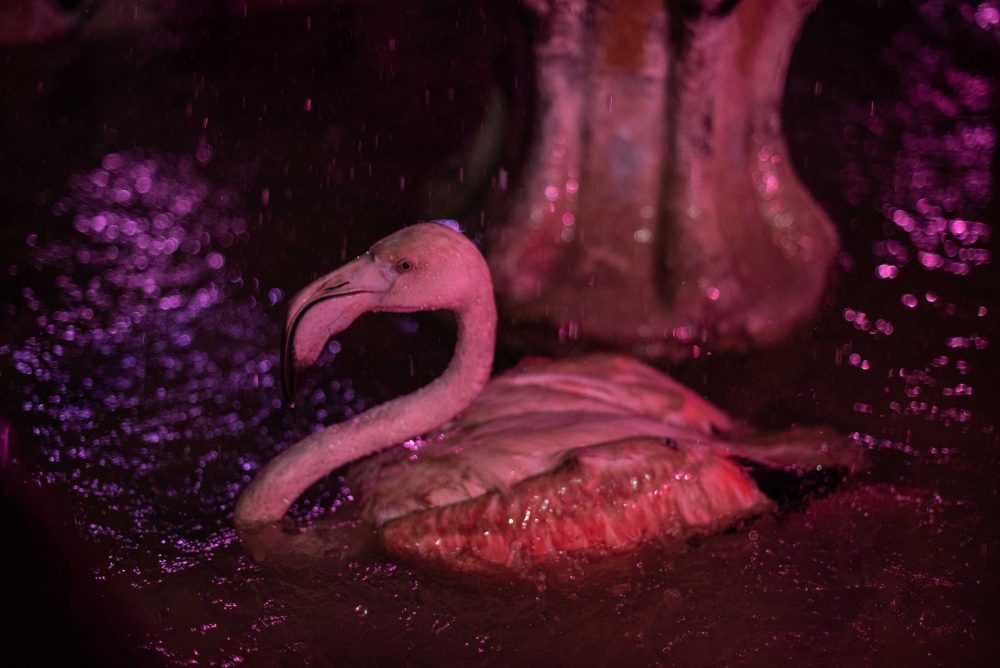 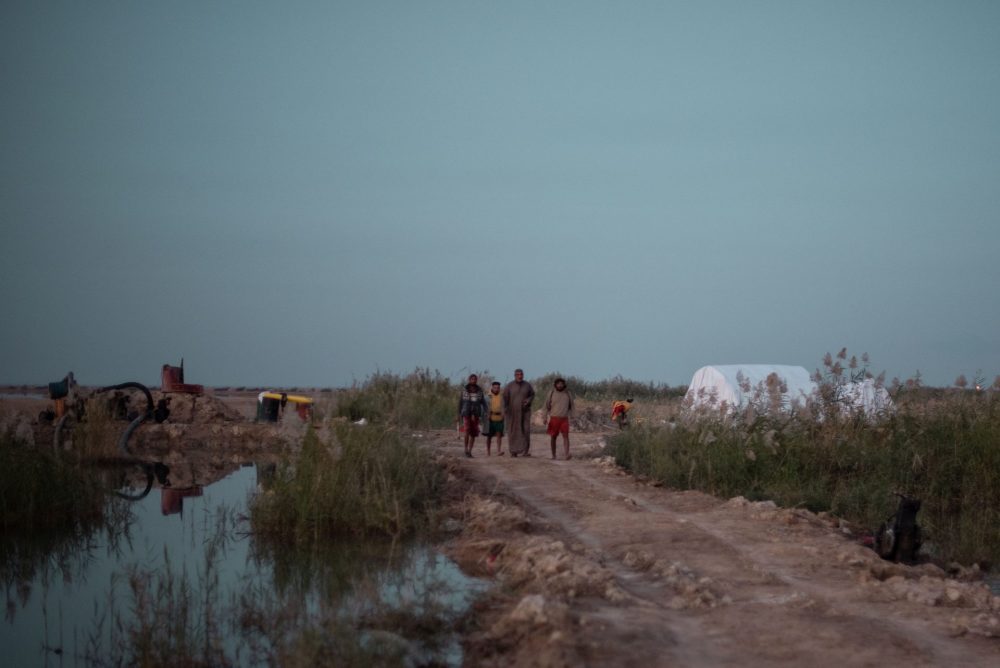 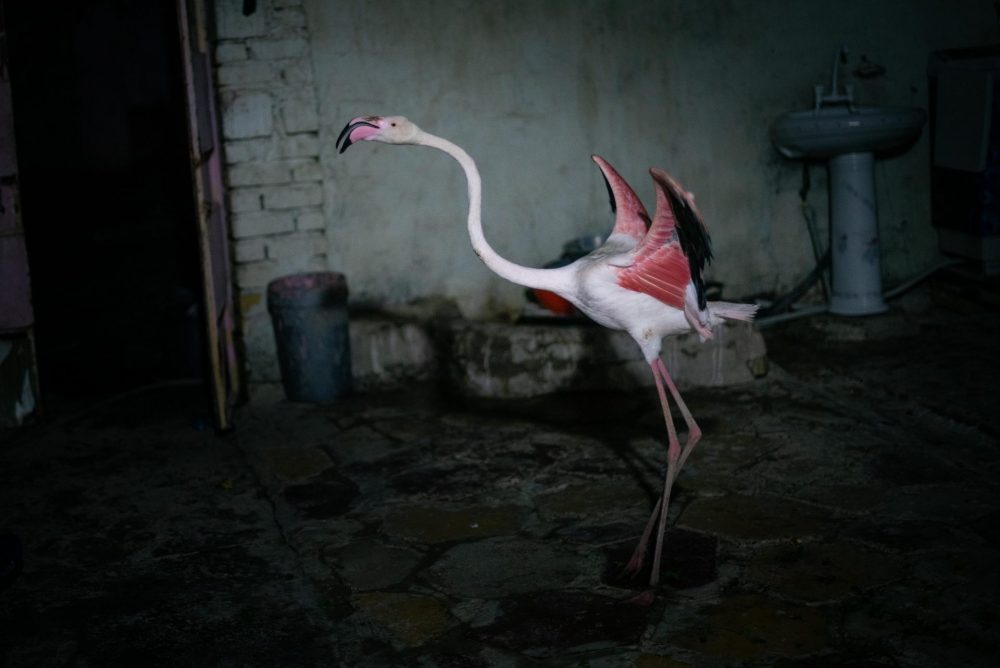 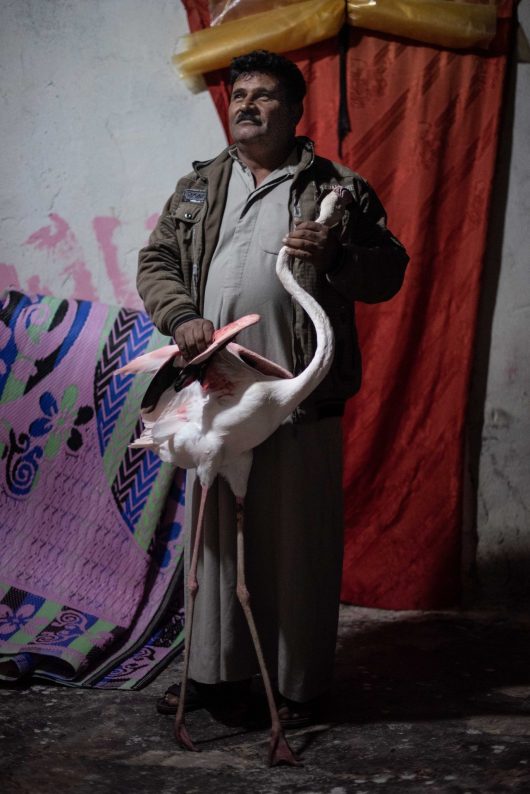 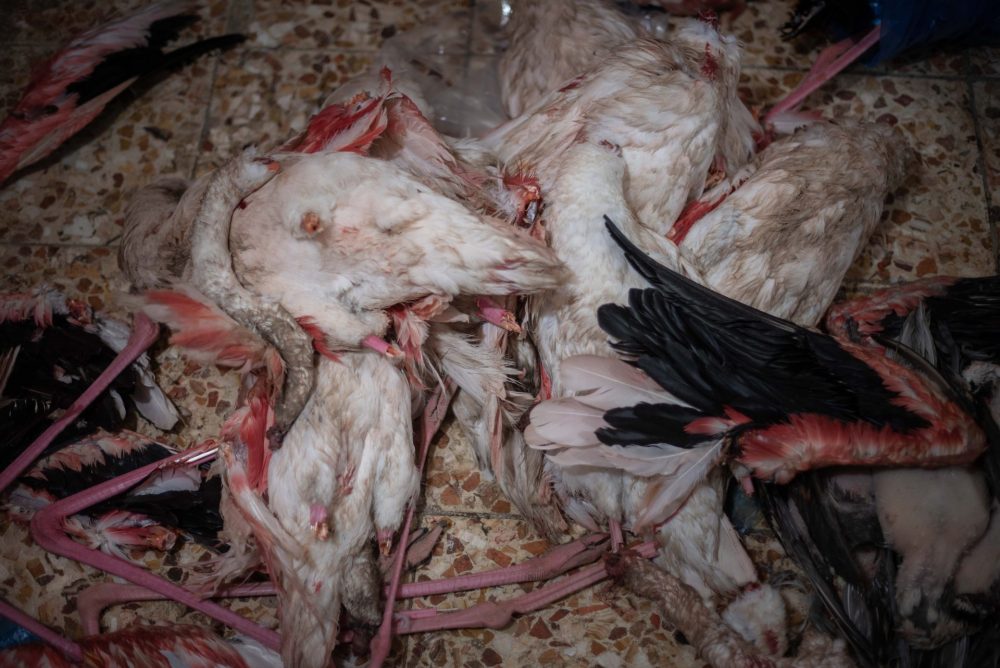 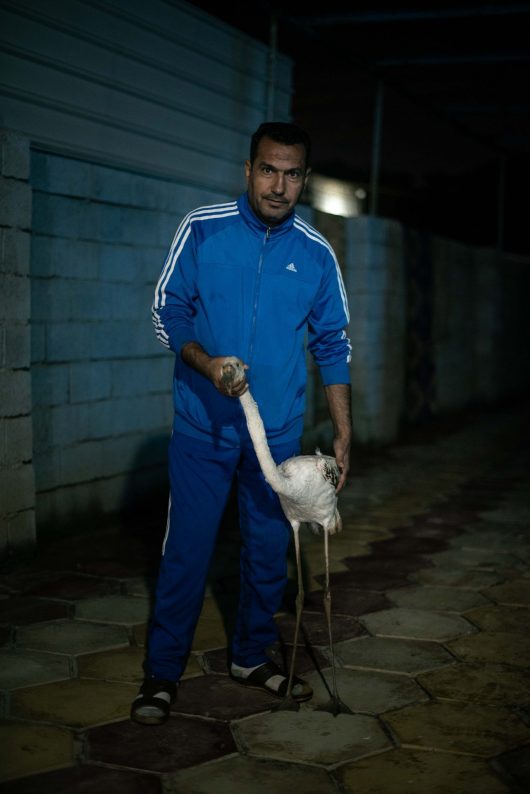 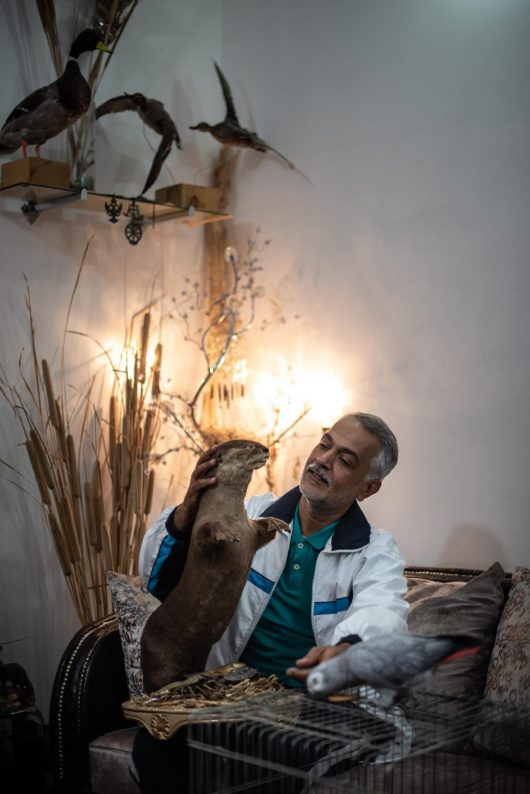 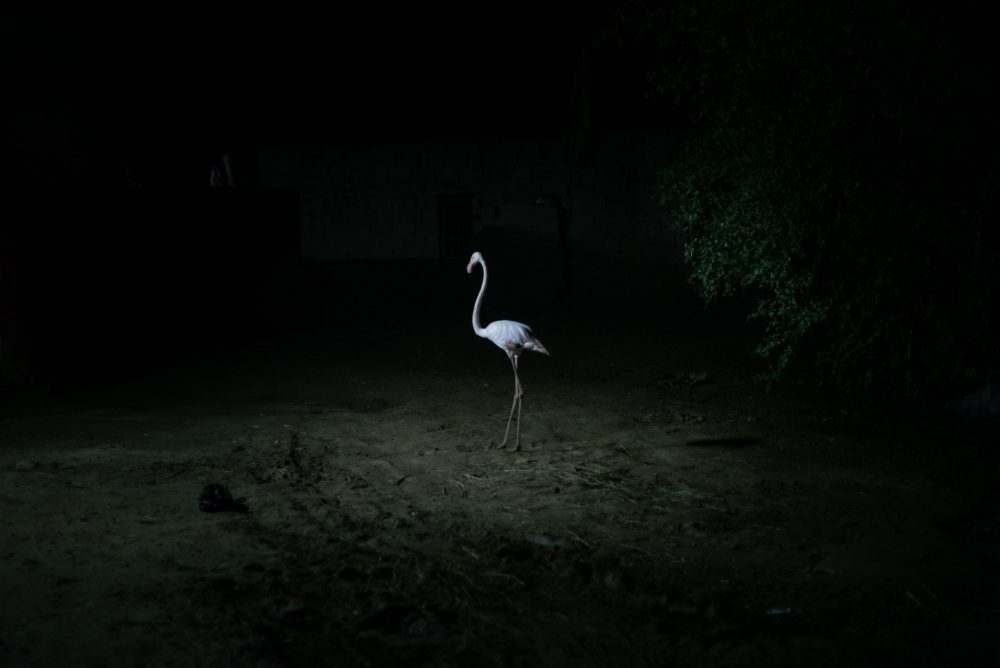 Born in 1992, Chloe is bathed early in an artistic environment where images are considered as a privileged medium to express emotions and commitments. She therefore naturally starts « Art History » studies in Lyon (Université Louis Lumière, 2010-2013) specializing in the artistic trends of the 15th to the 17th century.
She then concludes her education with Cinema Studies in Paris (Université Paris VIII, 2013-2016), specialized in aesthetics and documentary making.
Motivated by a dire need to bear witness of the world’s turmoil, she decides in 2017 that her medium will be photography, in a resolutely journalistic dimension.
After a year working regularly in Lebanon among Lebanese, Syrian and Palestinian women, Chloe pushes a step further her commitments and creates the association “Alhawiat”, promoting the role of women in the reconstruction of post-conflictual societies in the Middle-East through conferences and discussion panels in France.
She joins the Pictorium Agency in 2018.
Since then, she continues focusing on the Middle-East and women’s rights, while her work has been exhibited (Visa Pour L’image 2020, Kawasaki Peace Museum, Salon de la Photo à Paris…) and published internationally (Newsweek Japan, Le Monde, Amnesty International, Der Spiegel, Le Temps, Neue Zurcher Zeitung…)