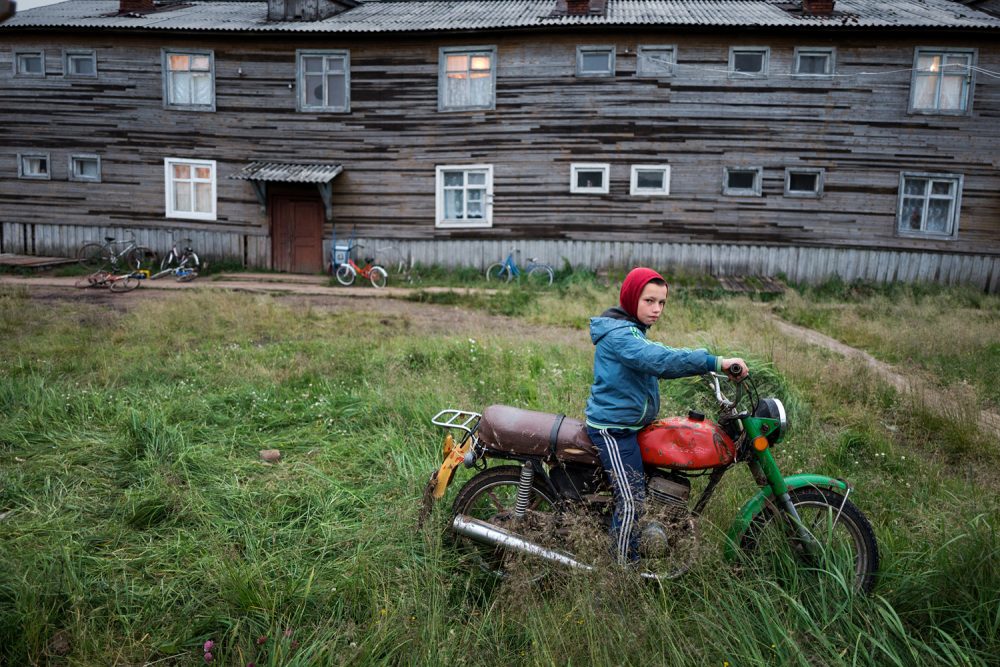 “Here is a door behind which the hidden is revealed. Enter and you will see what is, not what you want see” — writing on a big wooden cross, Kuloy village, Arkhangelsk region, Russia.
This project explores the fading northern villages of Russia, the people who live there, and the reasons they cannot adapt to the modern world and long for the past.
The Mezen River flows through the Komi Republic and Arkhangelsk region of northern Russia. Close to 1000 kilometres in length, the river flows into the White Sea. It freezes over in October and thaws again in April. Along its banks, a series of settlements are strung together, like memories of older days. Life in the Mezen villages seems to have stood still. With their centuries-old wooden cabins, ruined churches, and archaic crosses, the past seems more real than the present.
Many of the locals lost their jobs after the fall of the Soviet Union, and many left the settlements. Those who remain behind take care of themselves, just as their ancestors did before them: they bake, hunt, and fish. Abandoned, they live in a state of timelessness, caught between a past that will never return and a future that is anything but secure. Far from the big city and cultural life, the present shimmers like an imaginary star — somewhere out there, on television or in the pages of a magazine. 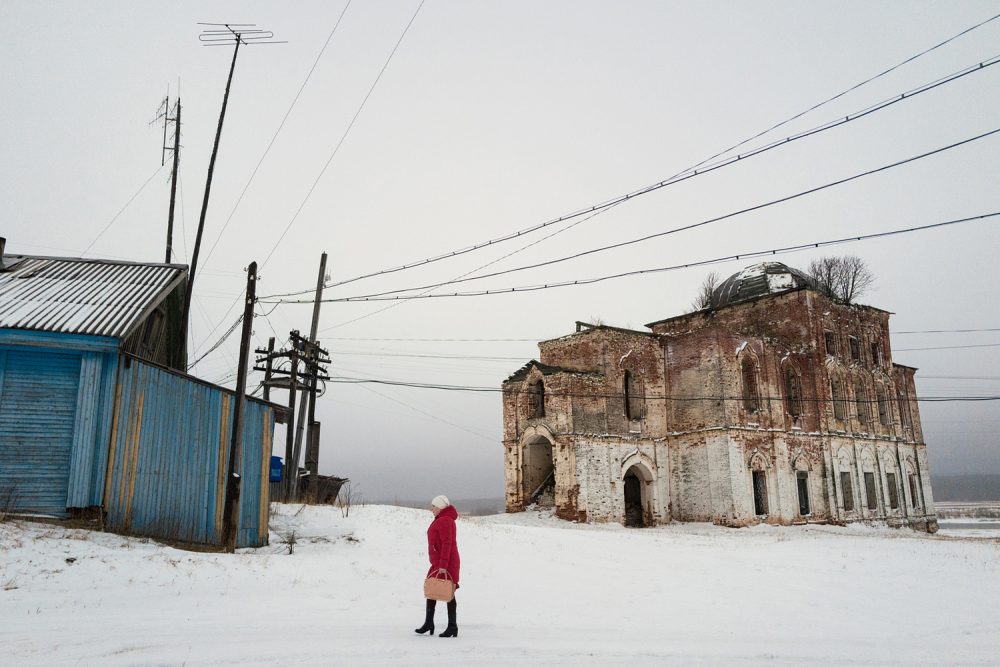 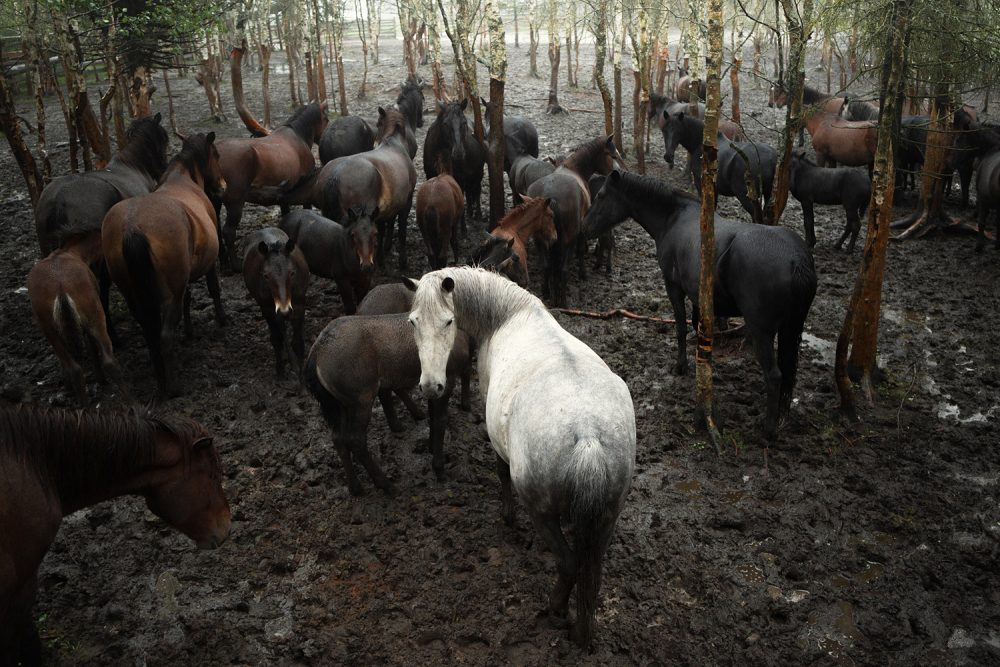 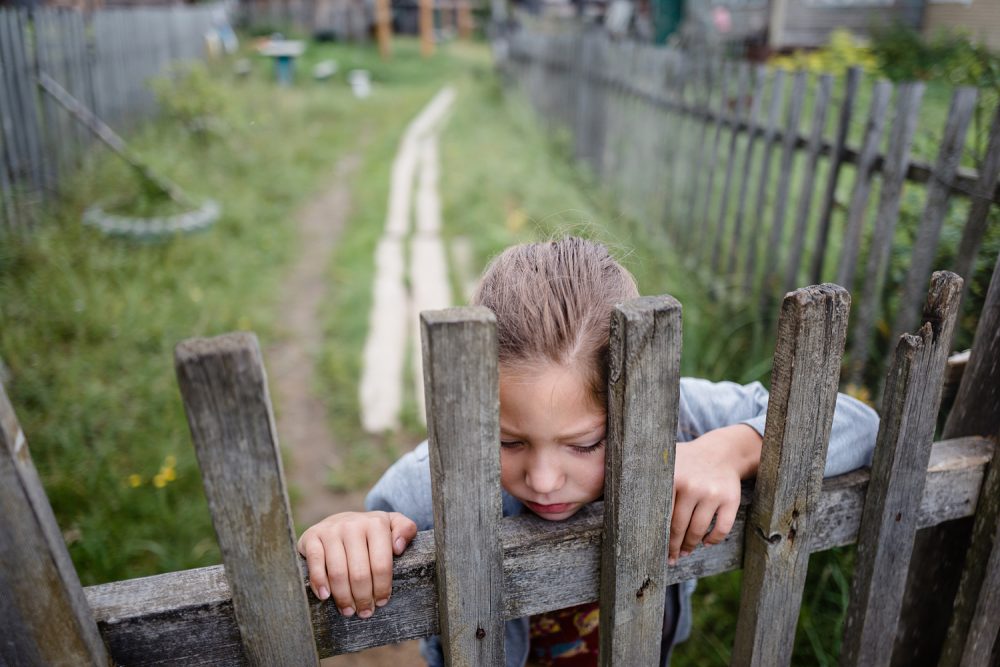 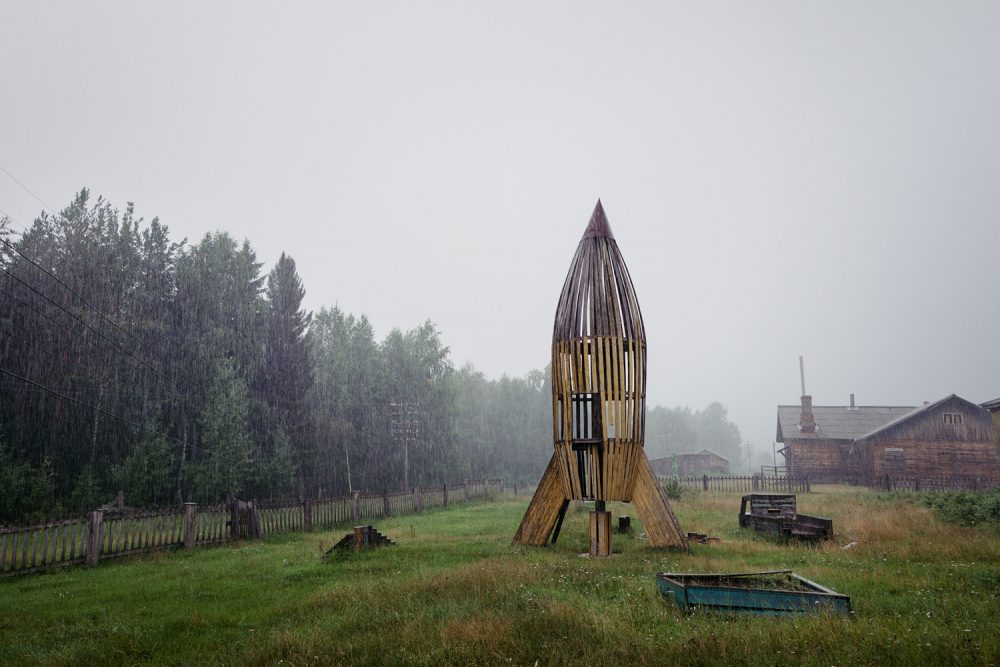 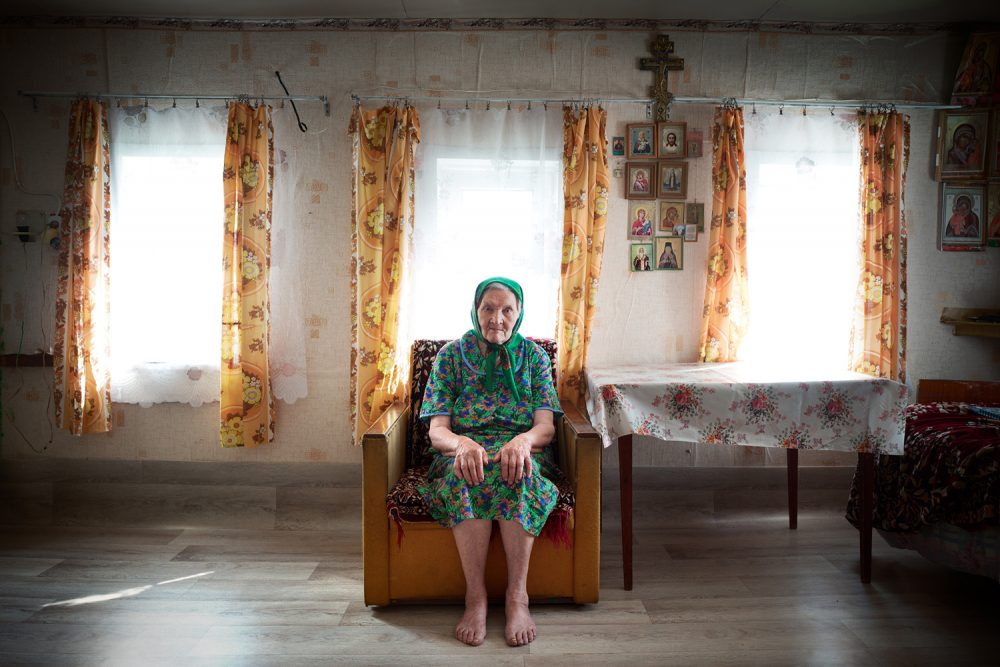 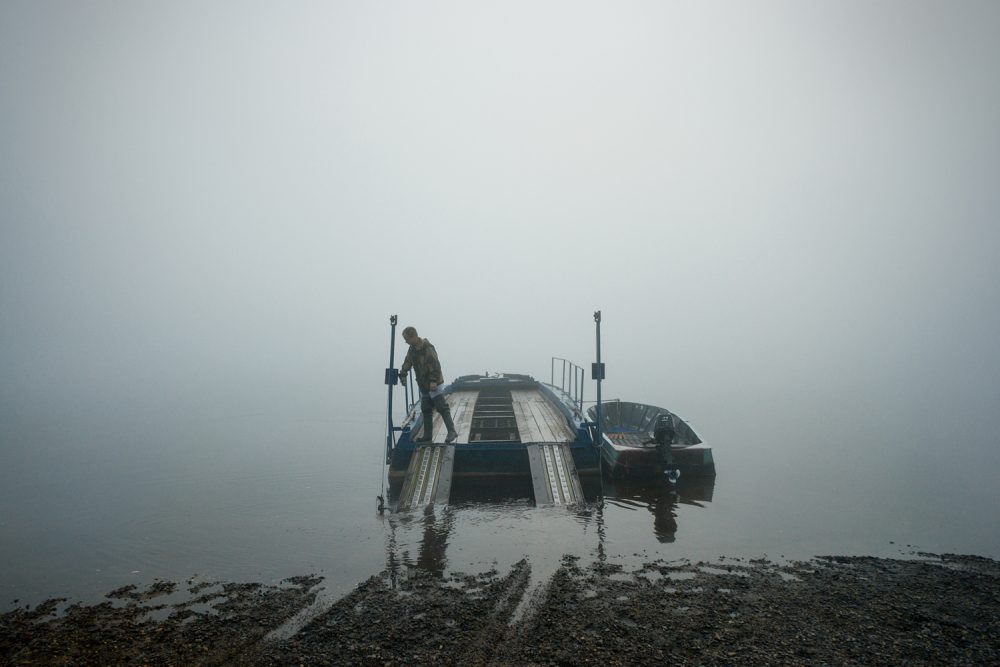 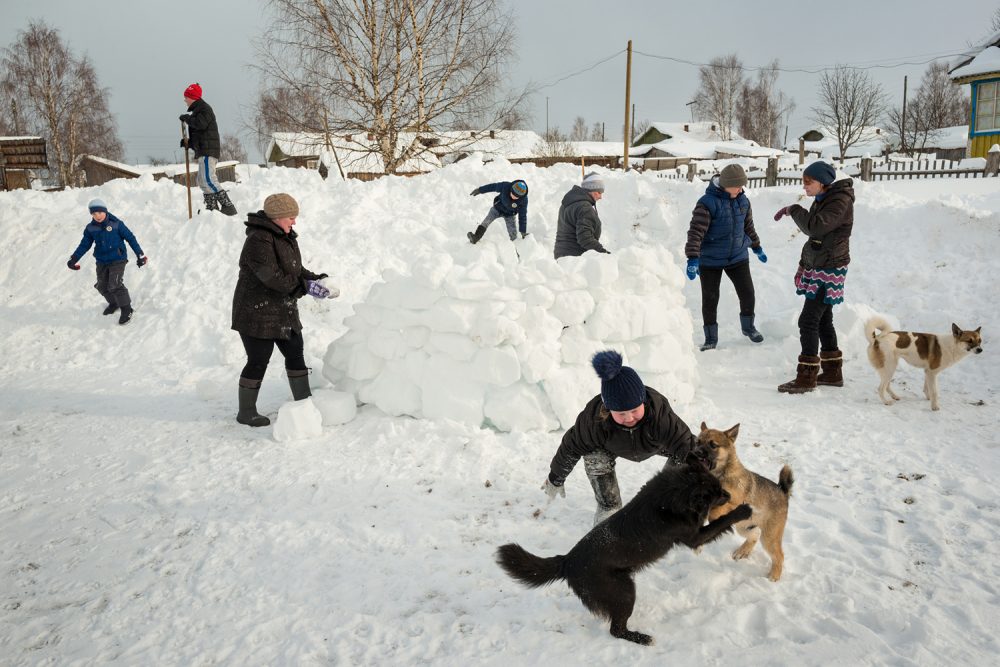 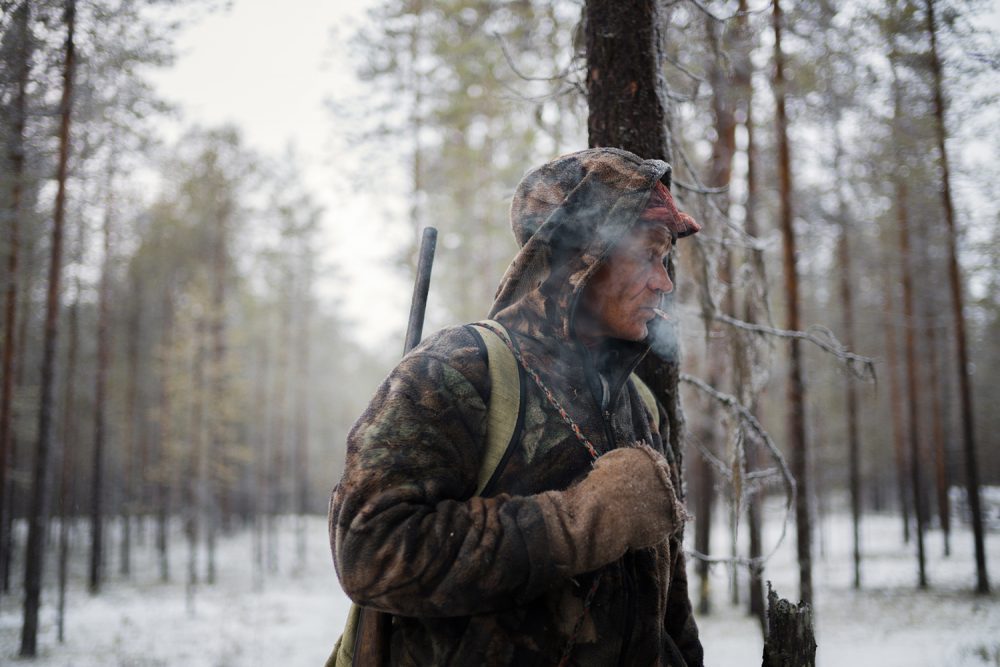 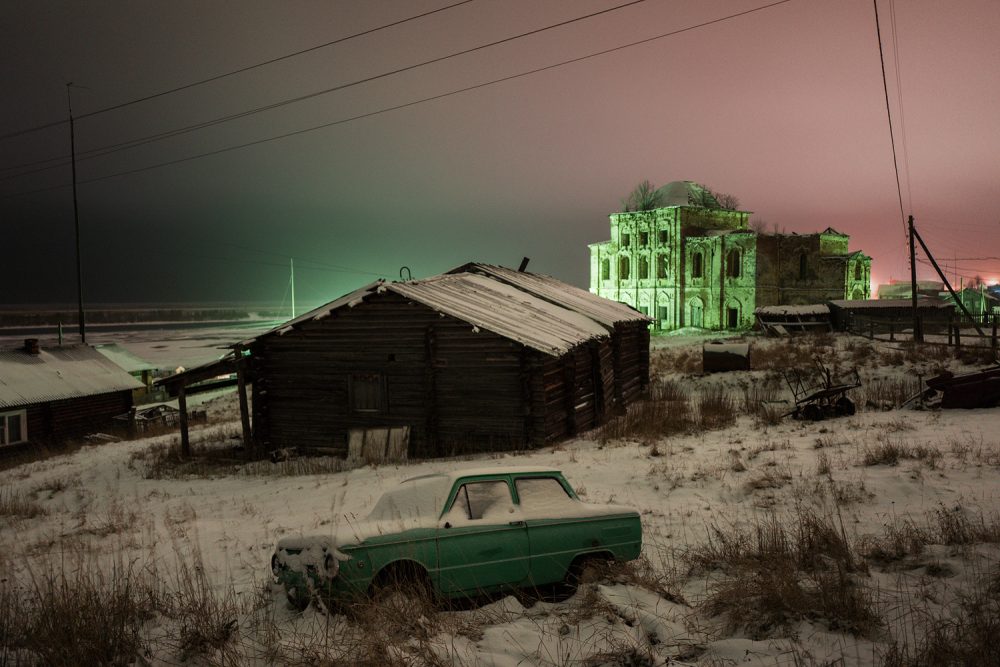 Emil Gataullin, born in 1972, based in Moscow, Russia. In 1999 he graduated from Moscow Surikov Institute of Art, majoring in monumental painting. He studied photography with one of the leading Russian photography ideologists and authors, Alexander Lapin, from 2003 to 2004.
His work was published in GEO, LFI Magazine, The New York Times, Black+White Photography, FOTO Magazine, Schwarzweiss, Russian Reporter, Ogonek, Takie Dela among many other magazines and online media. His projects were shown in solo exhibitions in Germany, France, Austria, Italy, Lithuania, Hungary, Slovakia and Russia. He won many awards including London Street Photography Festival 2020, Monovisions Photography Awards 2017, PhotoVisa 2015, The Alfred Fried Photography Award 2014.
In 2016 his personal retrospective book “Towards the Horizon” was published by Edition Lammerhuber.