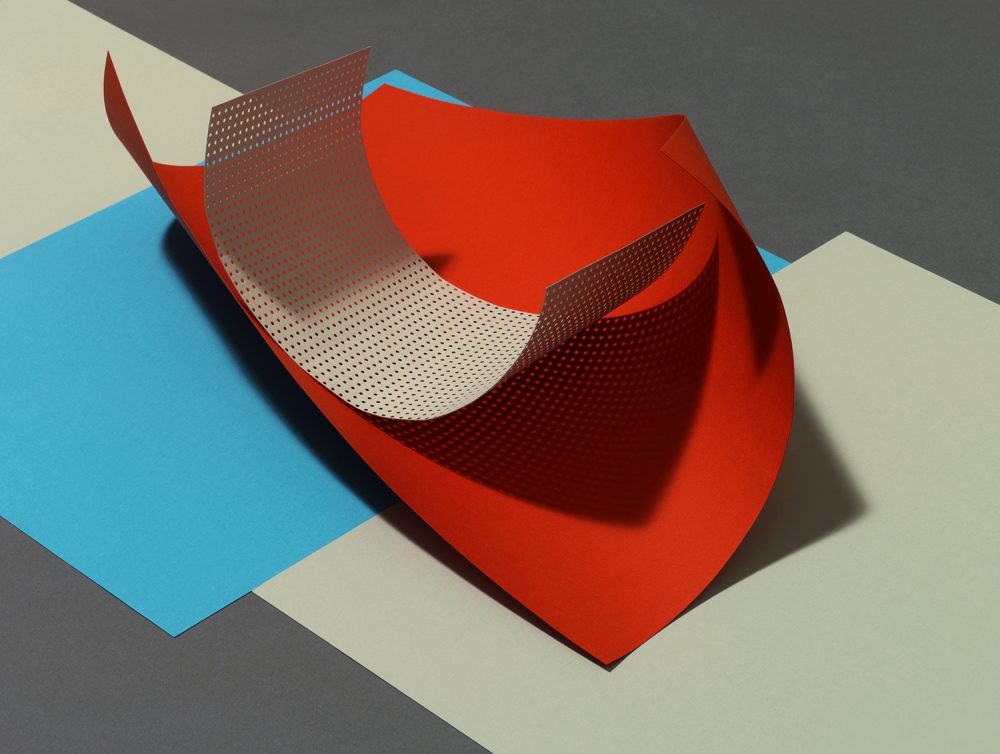 In the series The Anatomy of Surface (Anatomie der Fläche) Frank Hülsbömer is carrying out a kind of material study, but the bending and folding lead to the formation of shadows and to a static spatiality . He avoids the illusion of three-dimensionality, but arranges a supposedly geometric of scientific and material relevance.

Hülsbömer is investigating a wide range of formal possibilities, or at least is appears that way at first glance.(…) The process is similar to an experimental procedure that refers back to strict, scientific methods. In truth, however, we are dealing with an intelligent game involving the self-created object, us as observers, and our own evaluations of pseudo scientific representations – seasoned with a heavy dash of subversion or irony. (Matthias Harder) 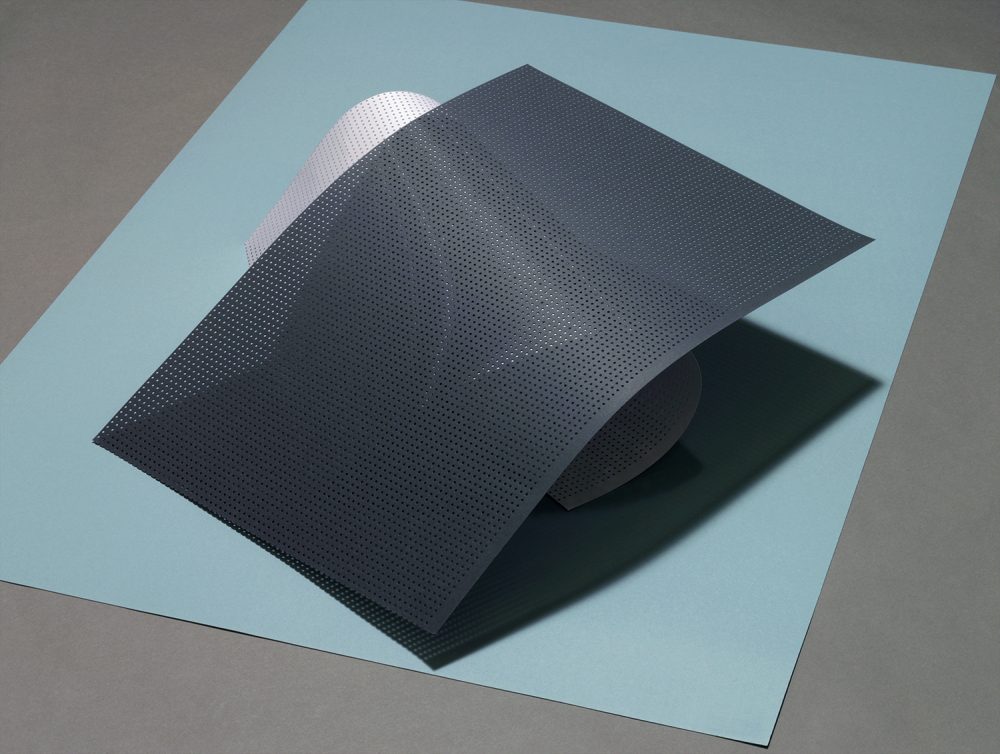 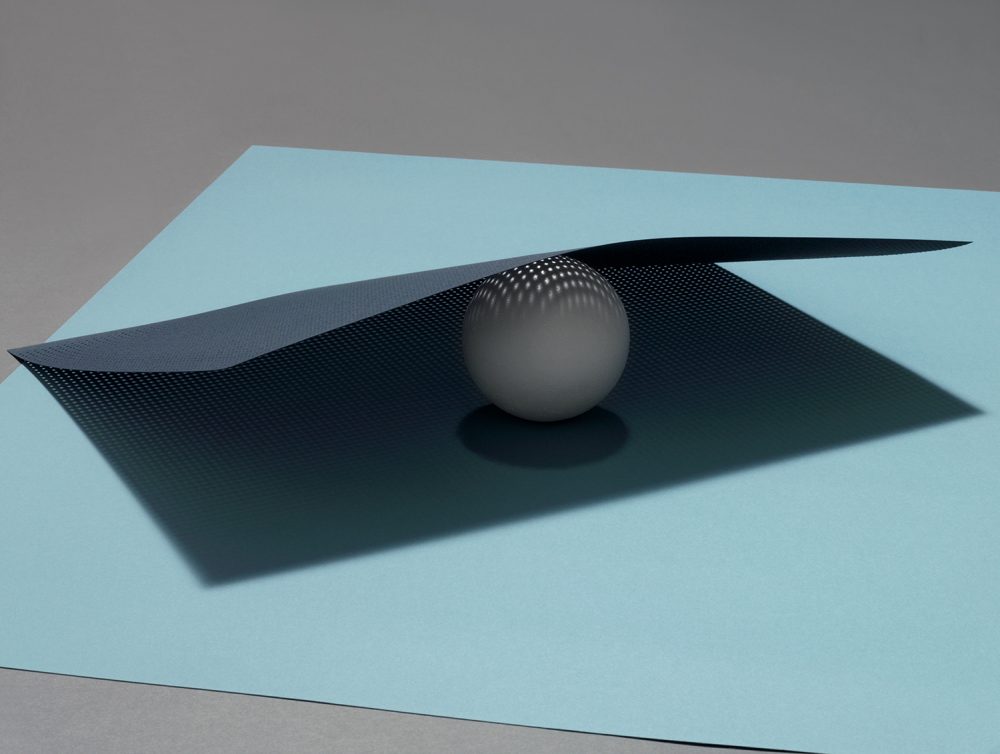 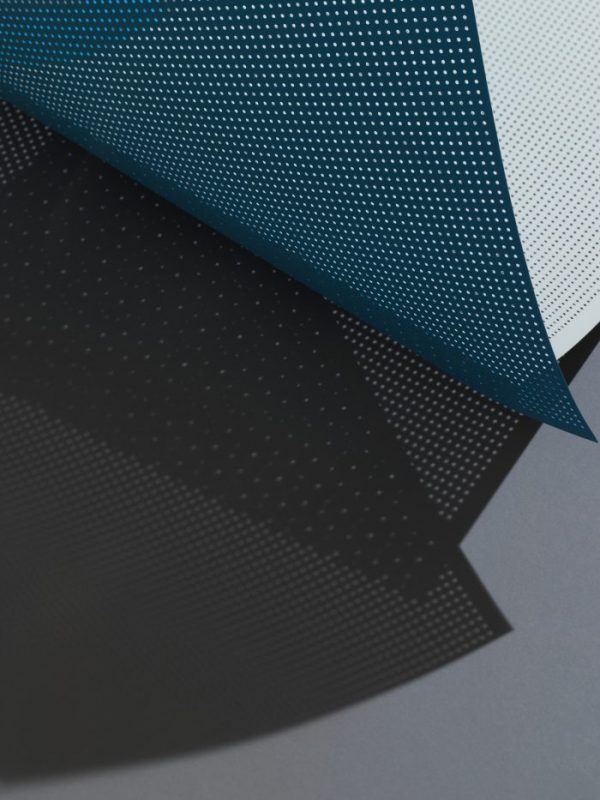 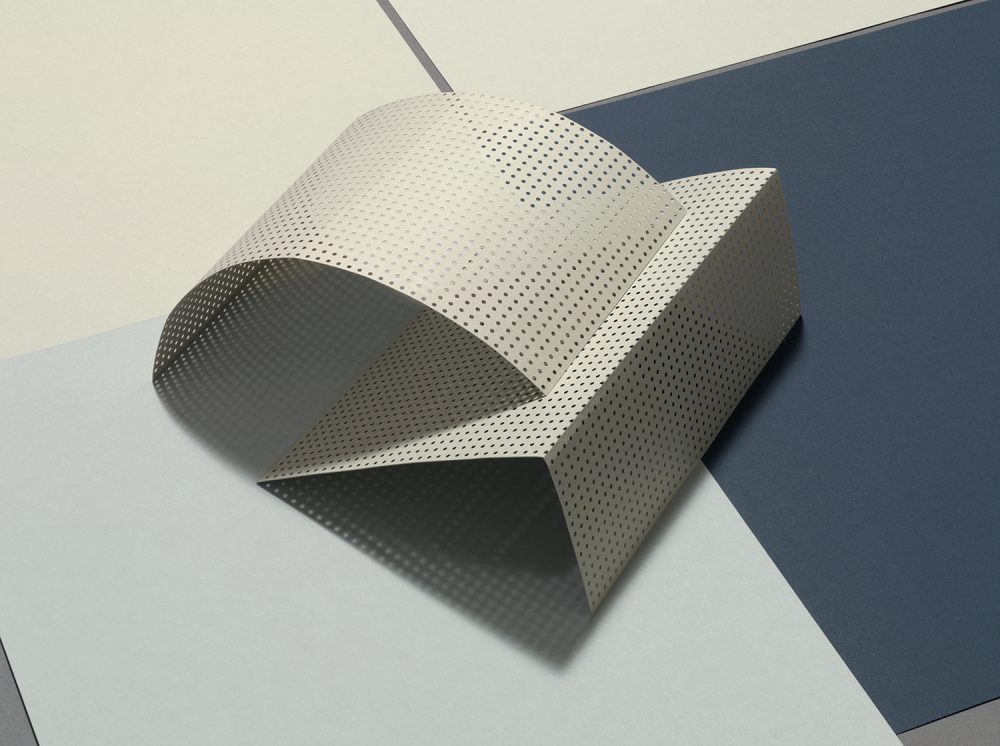 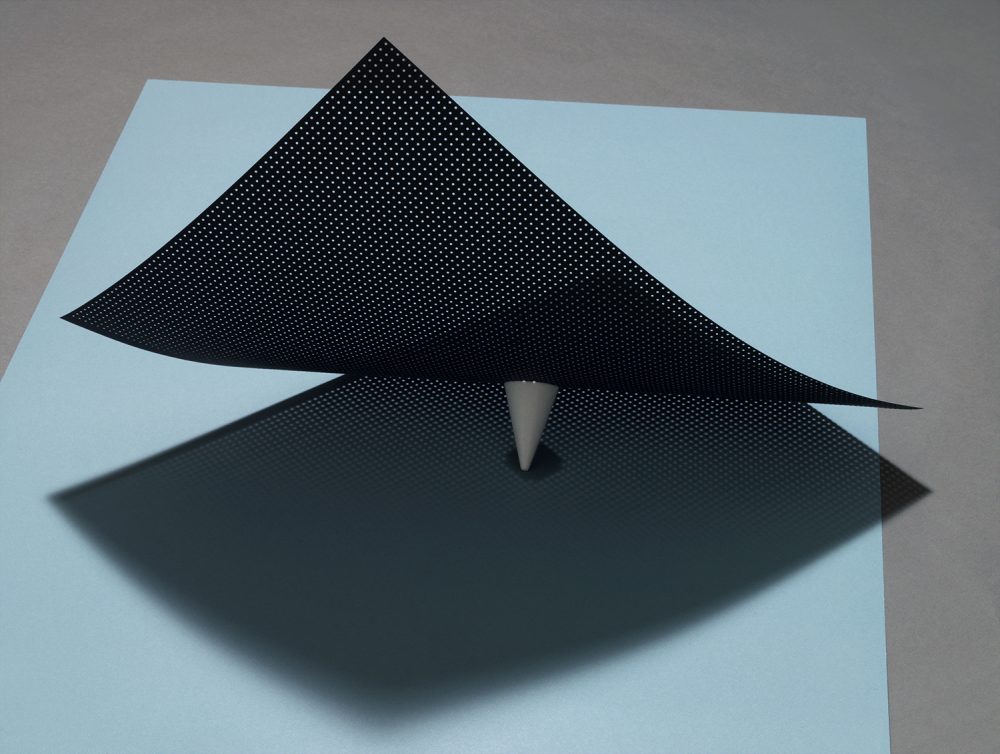 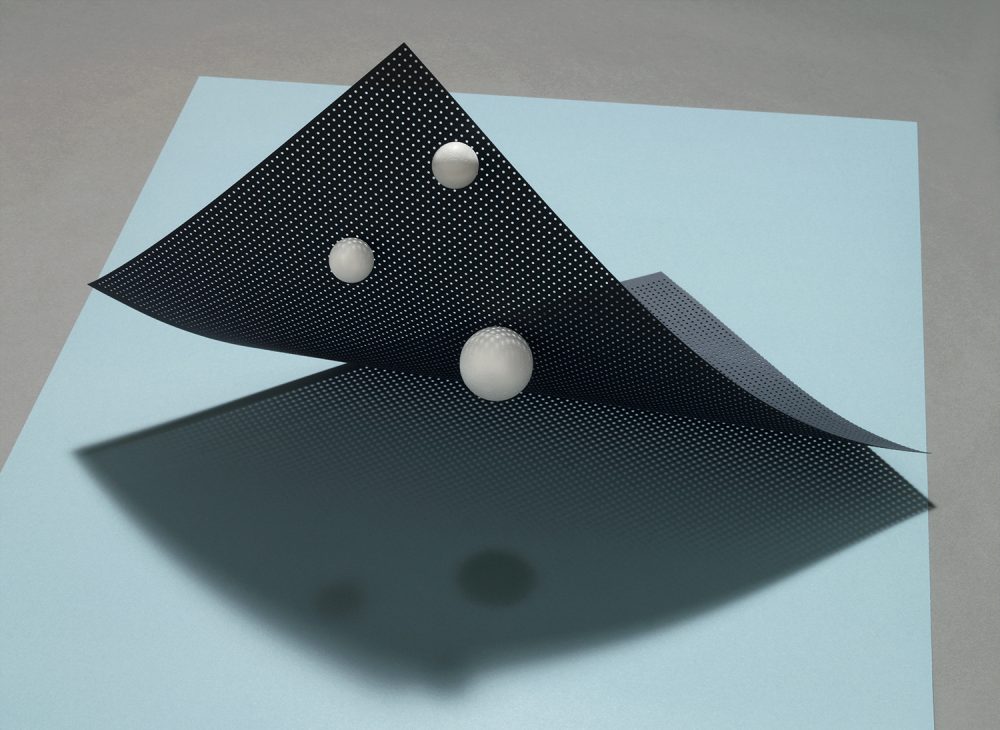 After finishing his photo apprenticeship Frank Hülsbömer went to New York for two and a half years as a photo assistant. Later he spent a few years in Berlin, Warsaw and finally returned to Berlin at the beginning of 2000.
Besides exhibiting his artistic work in various art museums, galleries and institutions around the world he worked on commissions for clients like Flos, Céline, Hermès, Bulgari, Mulberry, Ruinard, Veuve Cliquot, Nike, Leica and many others. He worked for magazines such as Double, Wallpaper, Monopol, Numéro, Beaux-Arts, Frame, Nowness, Citizen K, L’Officiel, L’Optimum… and published his second artistic monography at Gestalten (2010) called The Fiction of Science. It was featured in German Vogue, Wallpaper, Elephant Magazine, Sleek, Numéro, Sayhito, and AD France. The British Journal of Photography named him one of the five most interesting still life photographers at the time.

During the last last years Frank started to produce video works.
People able to see beyond the hyper aesthetics of his work will find a fascinating habitat lined with a dry sense of humour and poetic qualities at the same time. He appears to draw his cues from philosophy, psychology, art and neuroscience.

“I’d rather express the human condition with objects, than gestures or the mimics of my own or other primate species. I prefer still life and bring objects to life, not the other way around“.