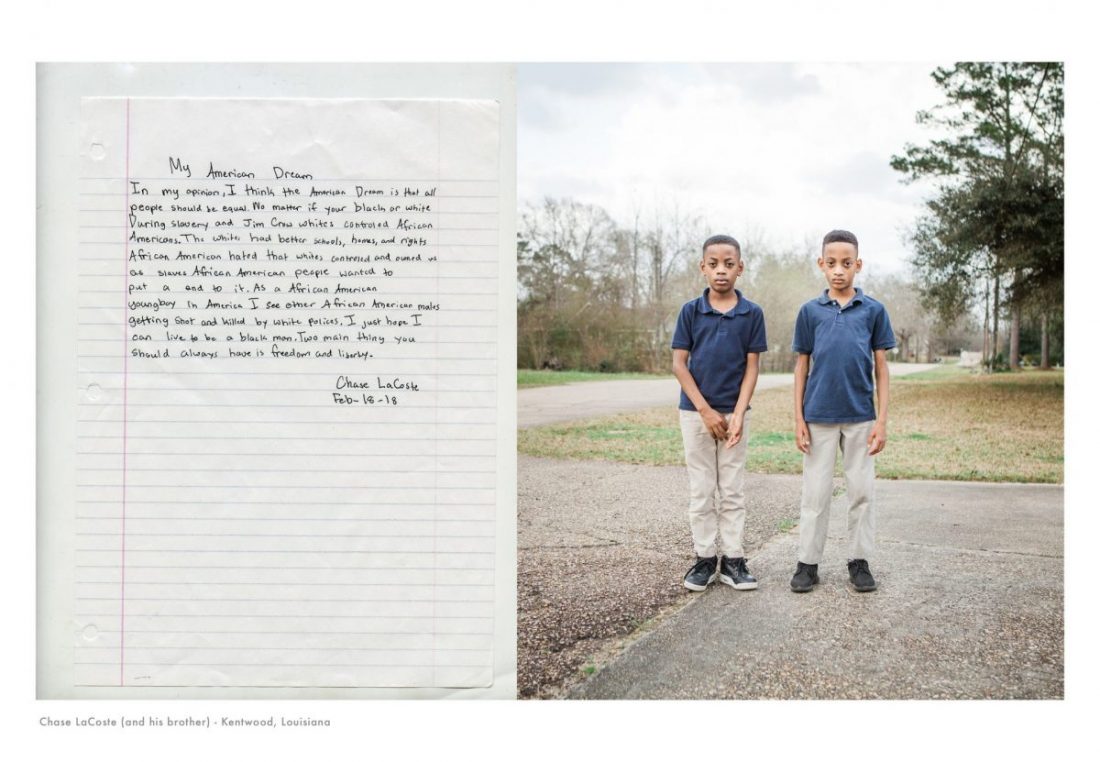 A powerful, moving collection of 170 portraits of Americans and their handwritten statements about what the American dream means to them. Shot by one photographer over twelve years, fifty states, and eighty thousand miles, American Dreams is a poignant, defining look at people from every walk of life and a remarkable exploration of what it means to be an American.
Long fascinated by the idea of the “American Dream,” Canadian photographer Ian Brown set out to document, in photographs and words, what that dream means to Americans of all ages, races, identities, classes, religions, and ideologies. Over the course of twelve years, Brown traveled more than eighty thousand miles in an old truck, visiting all fifty states and connecting with hundreds of Americans. He knocked on people’s doors; met them at town halls, diners, and factories; and approached them on main streets in small towns. He shot their portraits and asked them to write down their own American dreams.
Brown has included people and stories from some of the most important events and issues facing America over the last decade. From the Flint Water Crisis to victims of mass shootings, survivors of the devastating opioid epidemic to people caught in the limbo of the immigration debate, ardent defenders of the Second amendment to the first climate refugees in America who are being displaced because of changes to their community. He spent time on people’s front porches and kitchen tables listening to American’s from all walks of life share their stories and feelings on their lives, their towns and their country.
Their dreams and stories–which range from hopeful, moving, and optimistic to defiant, bitter, and heartbreaking–offer a fascinating, unparalleled perspective of the striking diversity and deep nuance of the American experience. An important book about America at an important time for America. 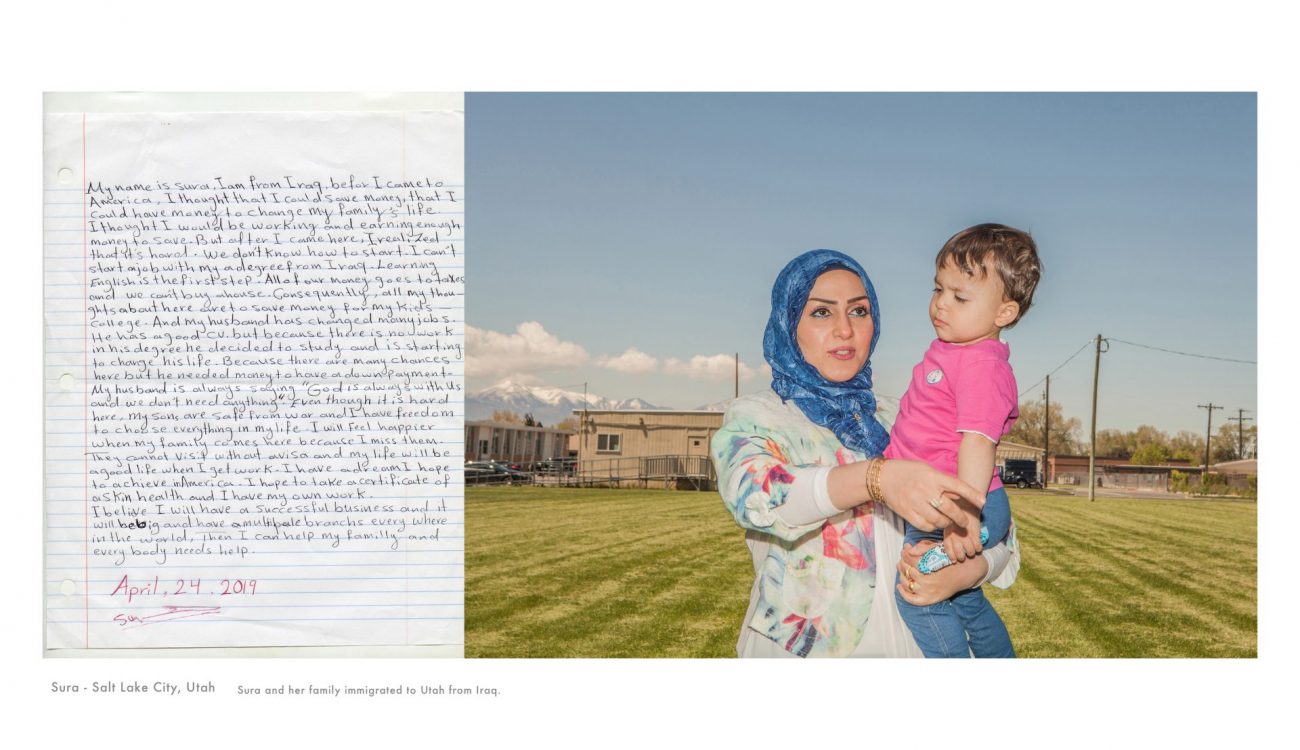 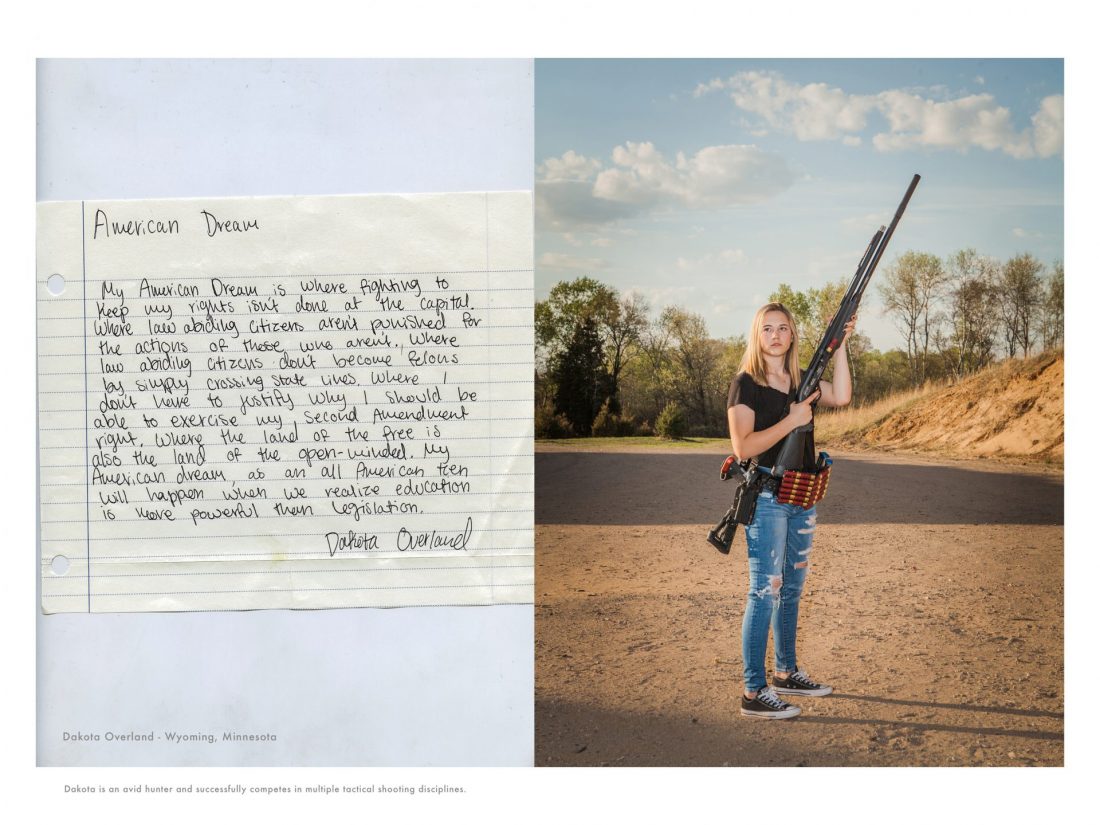 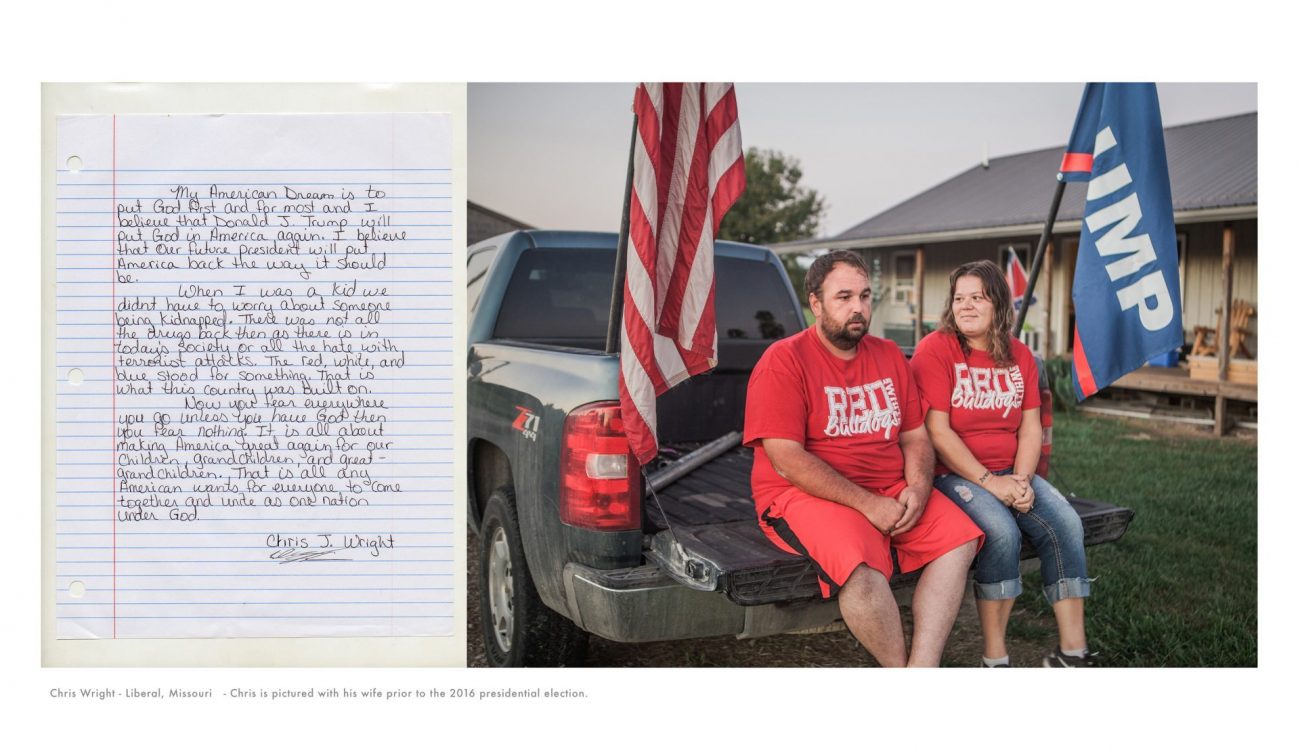 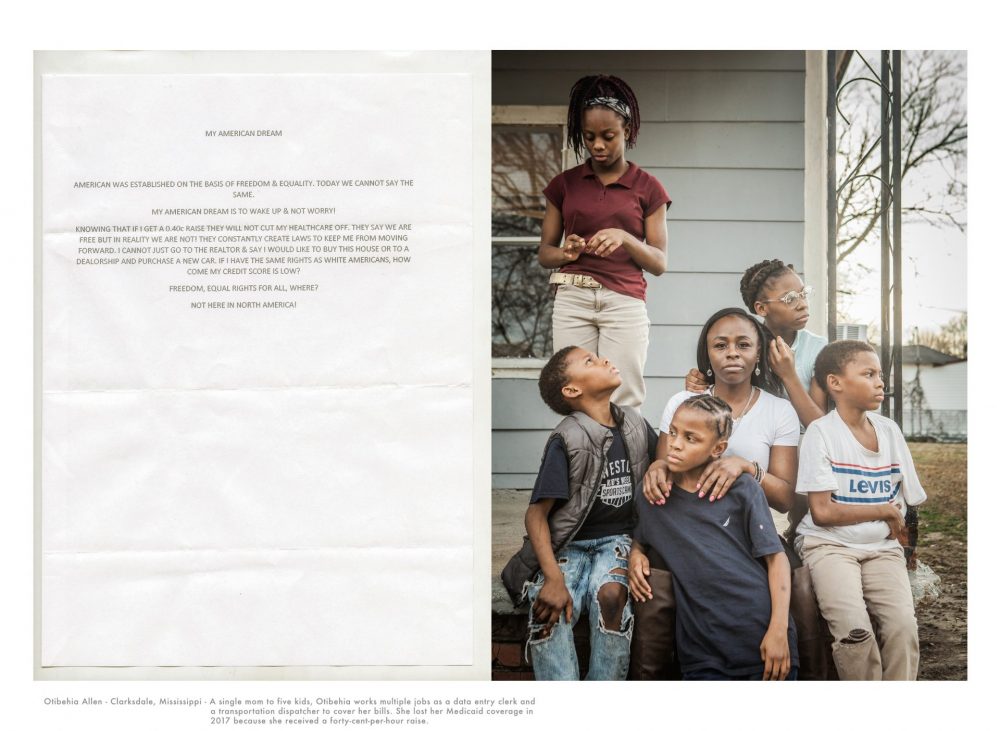 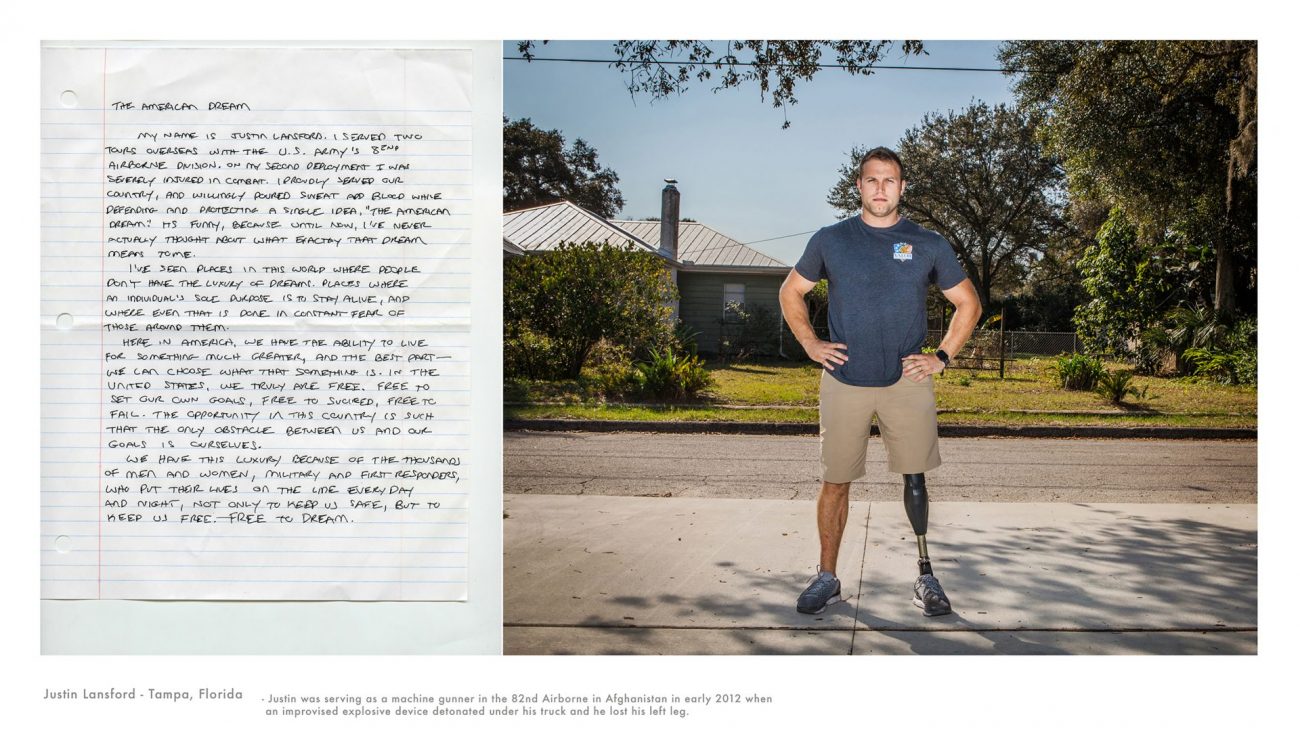 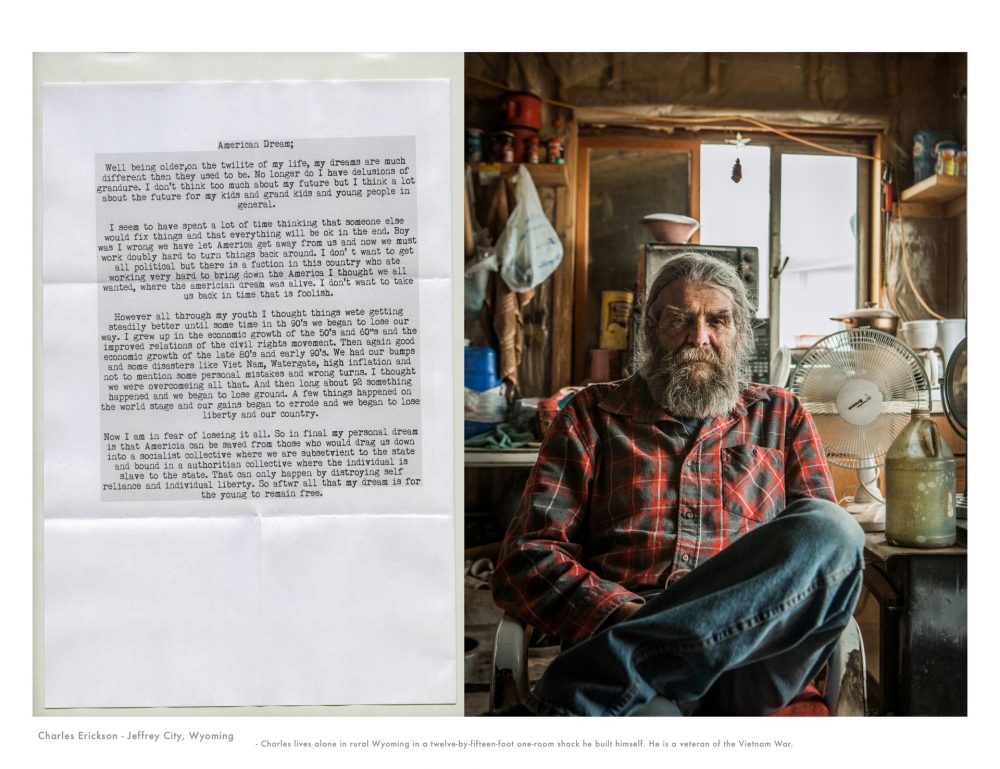 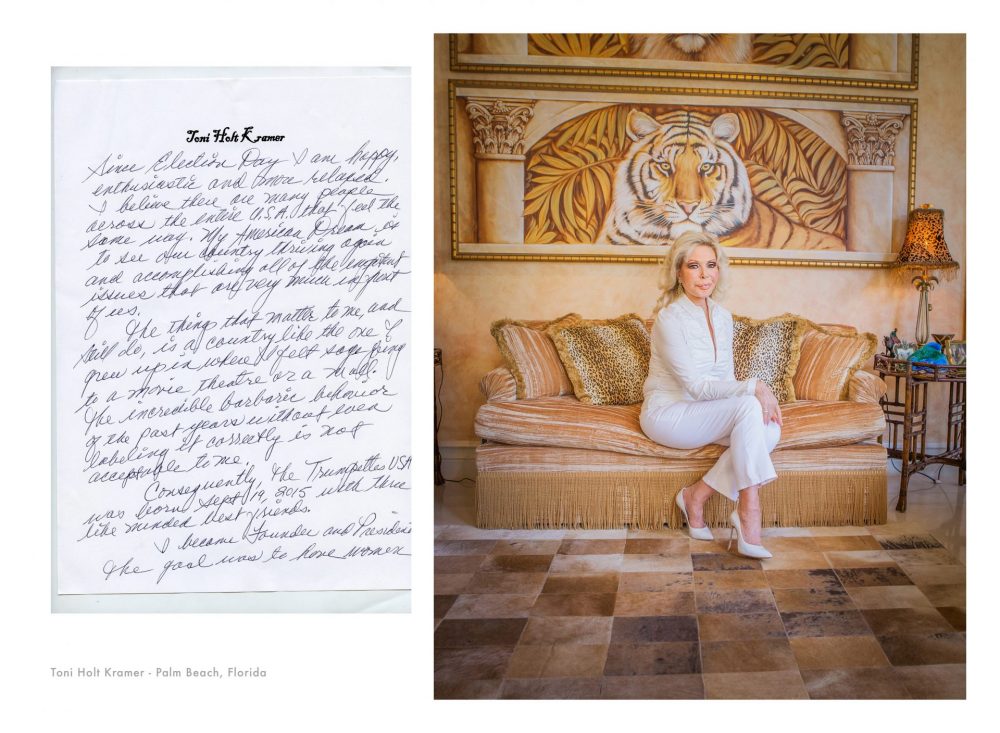 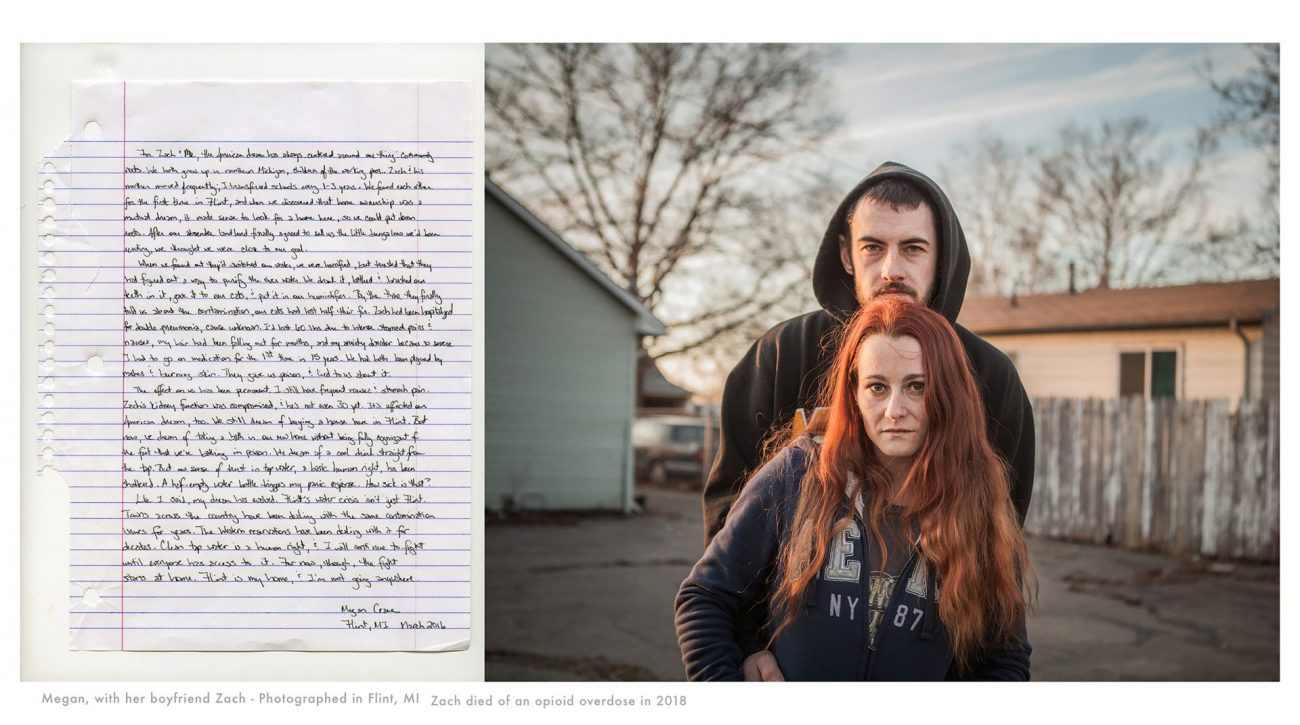 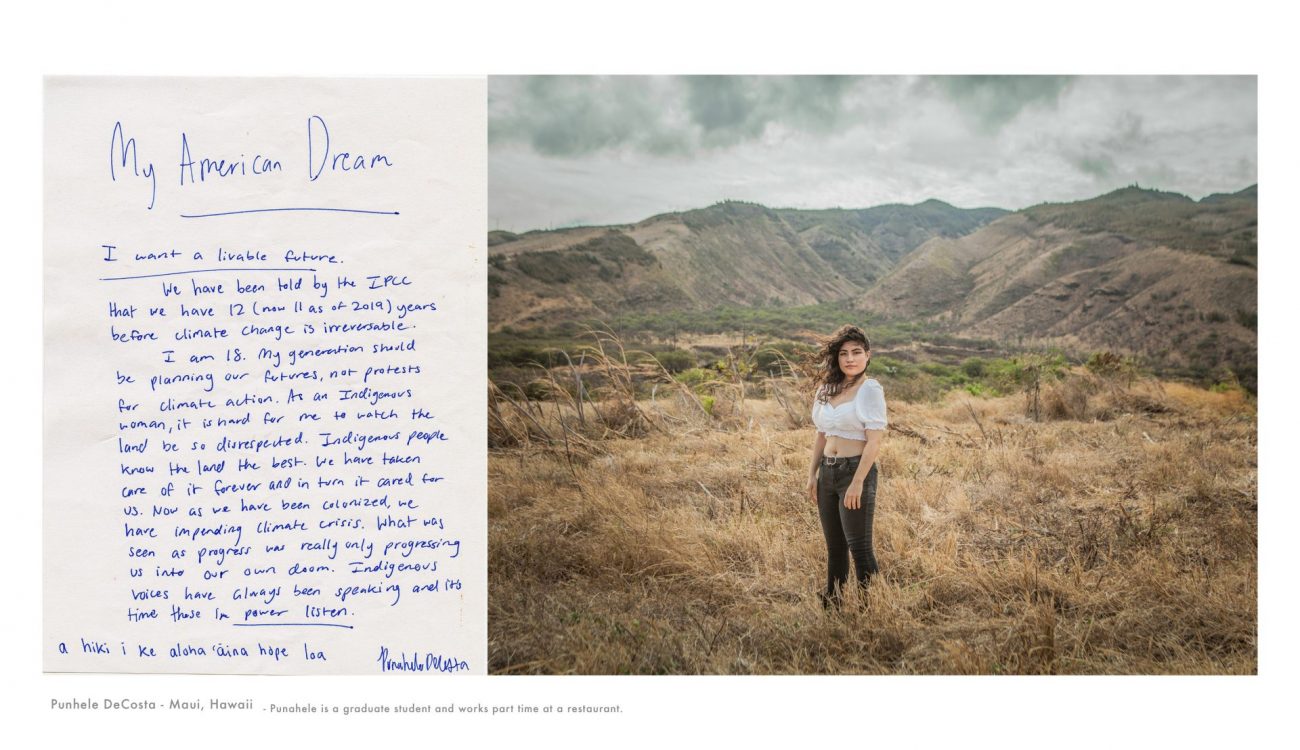 Ian Brown is an award winning photographer whose work focuses on the human condition. His portraits have been acclaimed for their simple depth of emotion and honesty. His projects often revolve around the intersection of social and cultural divides.
Brown grew up dividing his time between the urban landscape and spending formidable time in the highlands of Northern Ontario. This aesthetic informed his appreciation for a sense of culture, place and landscape.
He survived cancer at the age of 19, a heart attack at age 32 and being shot at in the middle of a civil war in Colombia while on assignment for Doctors Without Borders (MSF).
Other notable photography projects include documenting HIV survivors in Malawi, Africa; a continuing documentary series on the Opioid epidemic and a long term study on the urban anthropology of Detroit.
He began photographing for the project “American Dreams” in 2007 using film and analogue materials. He’s logged over 80,000 miles driving throughout America and has had the privilege of being invited onto front porches and into people’s homes across the country for this project. This is his first monograph.
He divides time between Toronto and a cabin outside Algonquin Park in Canada.