Egungun is a secret voodoo society in Benin which honors the spirits of ancestors and perpetuates their memories. It has survived and remained strong despite the creep of modern times. According to its beliefs, ancestral spirits are watching over those that are still living on Earth. They bless, protect, and warn their Earth relatives, but they can also punish them if they are neglectful in remembering their ancestors. They protect the community against evil spirits, epidemics, witchcraft, and evil doers, ensuring its well-being. Ancestral spirits may be invited to return to Earth. The Egungun are receptacles of these spirits.
They appear in the streets by day or night, leaping, dancing, or walking and uttering loud cries. They have returned from the land of the dead to observe what is happening on Earth.
In my work, triptychs and diptychs allow me to deconstruct the space and rebuild it again in a new way, more poetic and strange. That’s a way to create a fourth dimension, to reveal the supernatural essence of the character. The mask, the character, pictured motionless, occurs in this space, opening up a bridge from one world to another, between the spirit world and earth.
In Yoruba culture, this transition point is named ‘Igbalé’. The igbalé is a sacred no man’s land, usually located in the forest or in the convent. For this reason, forests and landscapes are recurring elements within my visual arrangements. 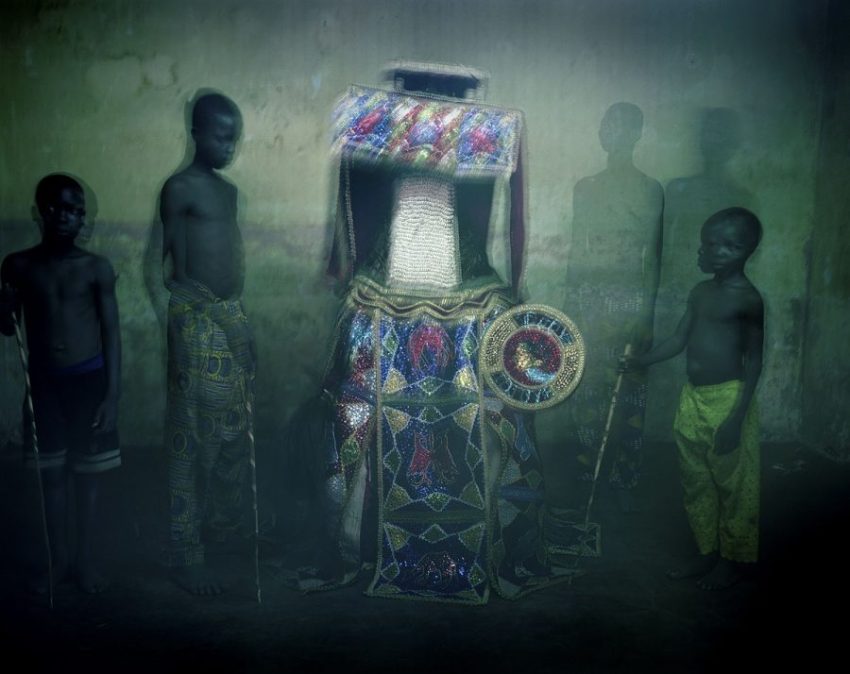 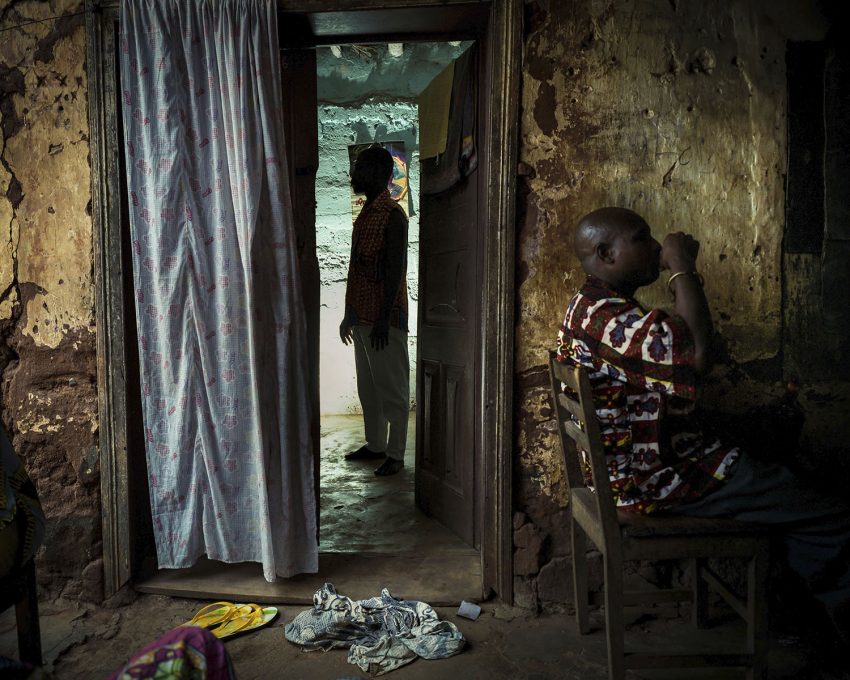 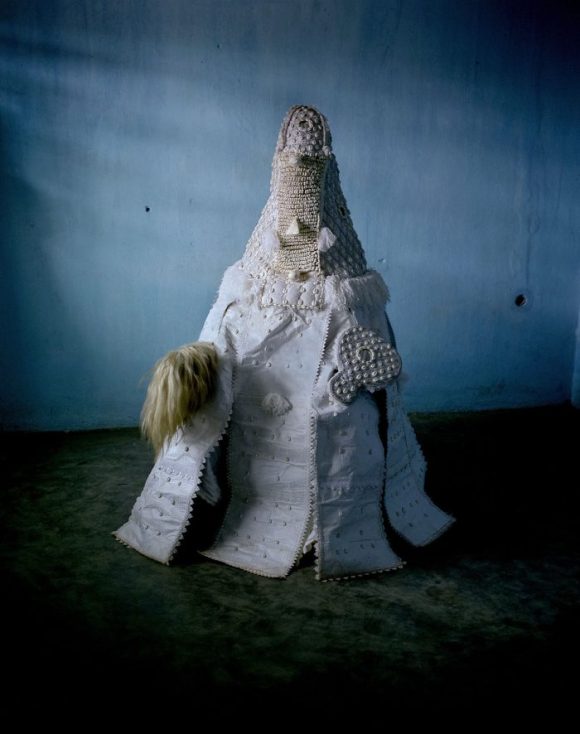 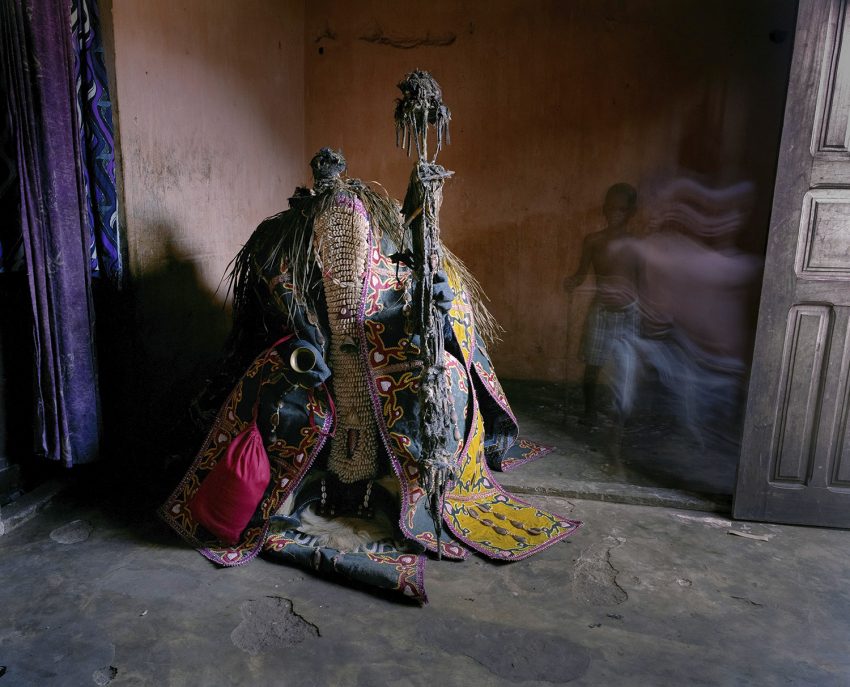 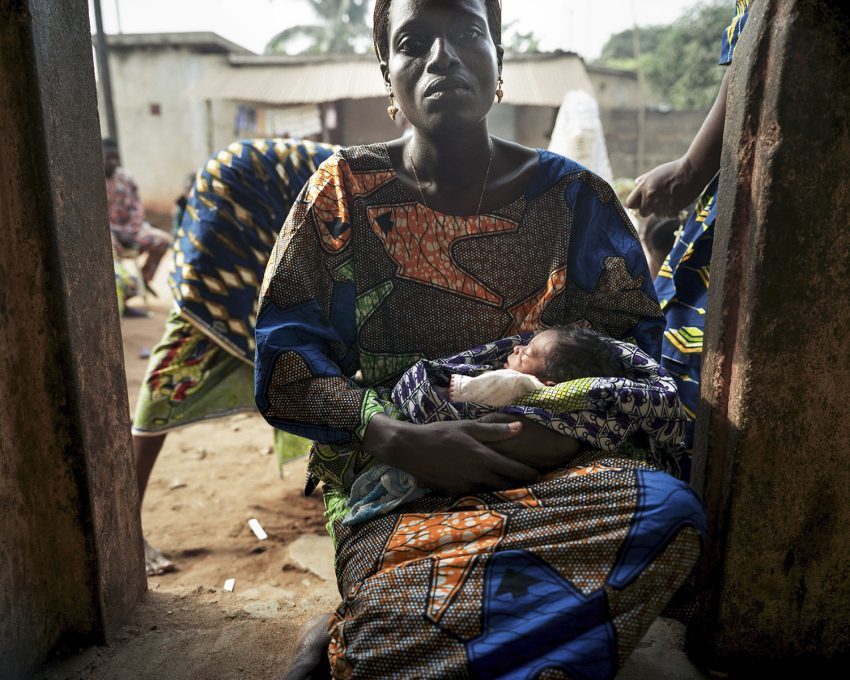 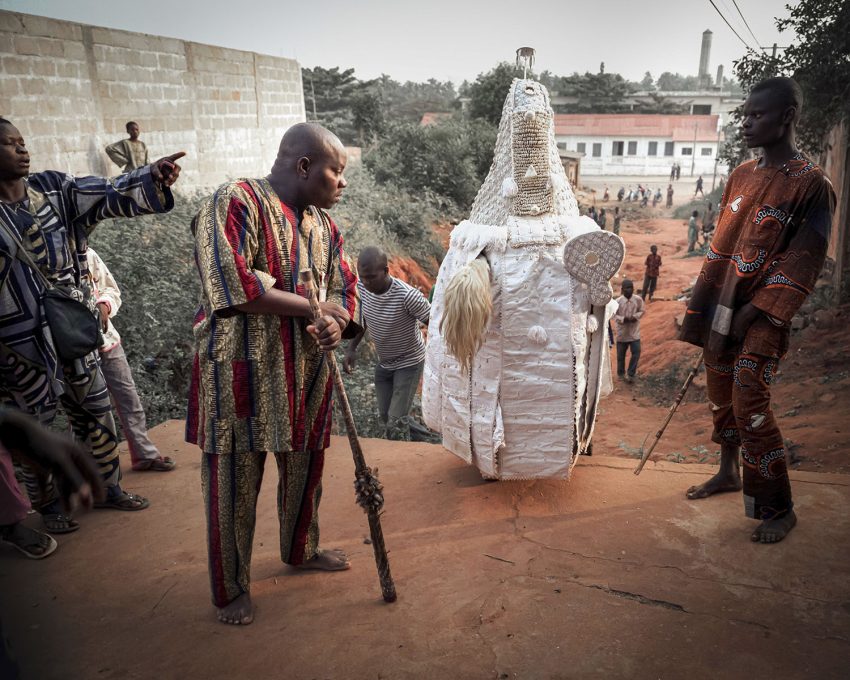 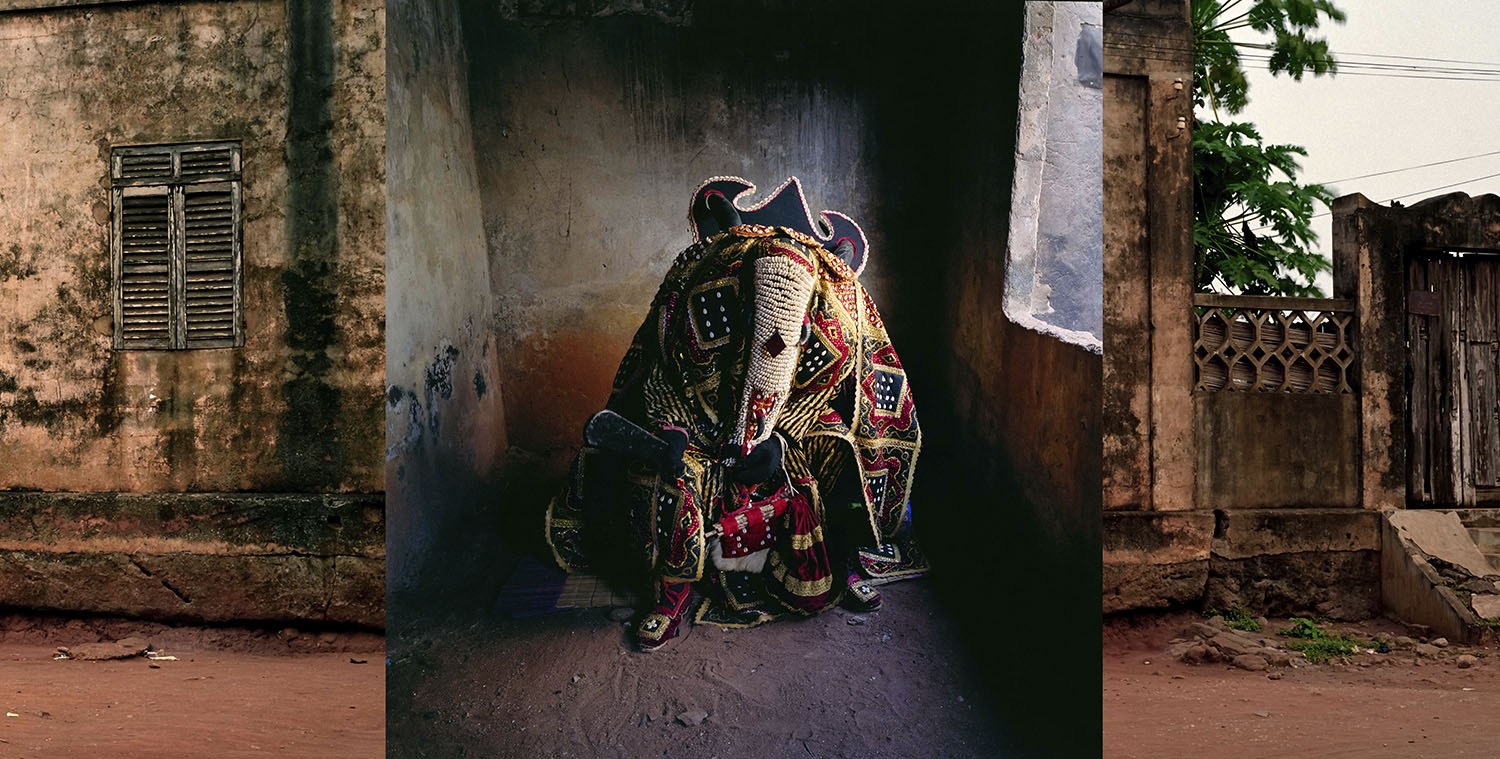 Jean-Claude Moschetti was born in France but his work as an independent press photographer allowed him to travel extensively and sparked his interest for the African continent.
During his travels in the West African Region, Moschetti was able to access many traditional ceremonies and very secret African voodoo and magic societies.