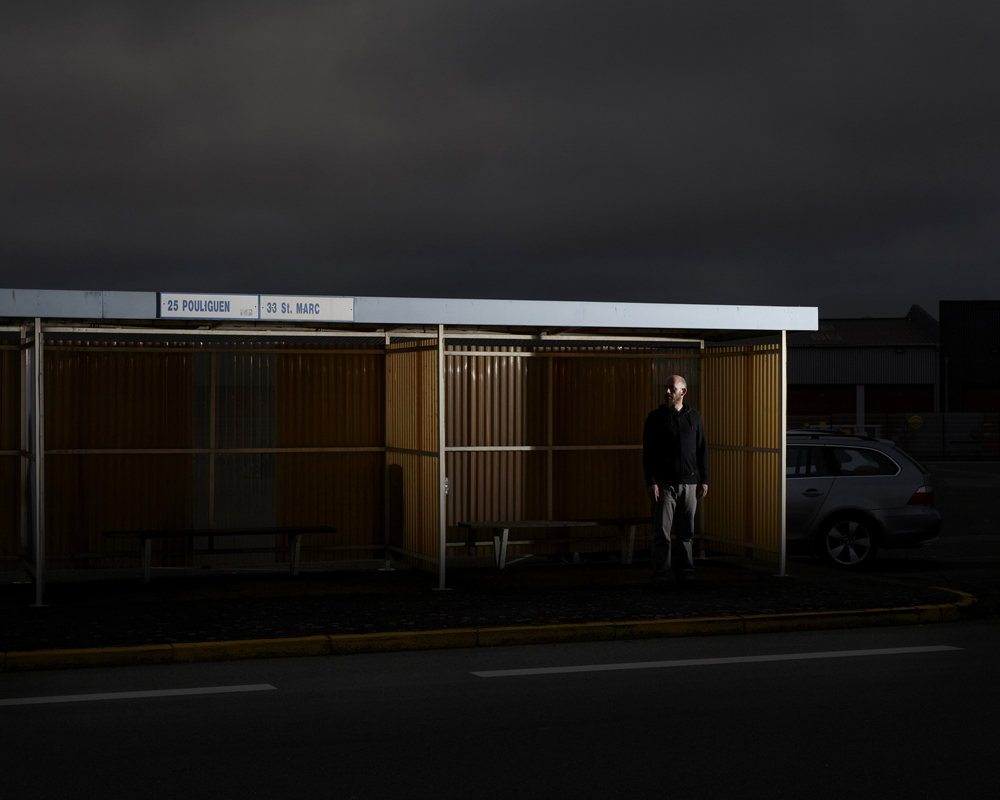 “With Ordinary Trip, Saint Nazaire has become a new setting for me to photograph. A city that has a common history with the working world through its port, its industries, its employees who work shift schedules.
I imagined myself in the place of someone going to work at night, still numb with sleep, making this almost daily commute. So I looked in another way at the landscapes we cross, which become so familiar to us that sometimes we forget them. I tried to transcribe this state of semi-consciousness, between waking and sleeping, when you doze and you no longer know what is real. My photographs have a mysterious tone, they are sometimes enigmatic, disturbing, and also speak of loneliness. The characters, but also the landscapes can evoke a certain anxiety. I wanted to make this daily commute less ordinary, creating a cinematic atmosphere, and thus try to take a step aside from documentary photography.

The notion of «mental geography» (According to the definition given by the Vu gallery in Private magazine number 46) seems appropriate for this work. I use places that become sets, characters that become actors, to create a new story that belongs to me, more than to the people photographed. >From reality, a new mental space is constructed.” 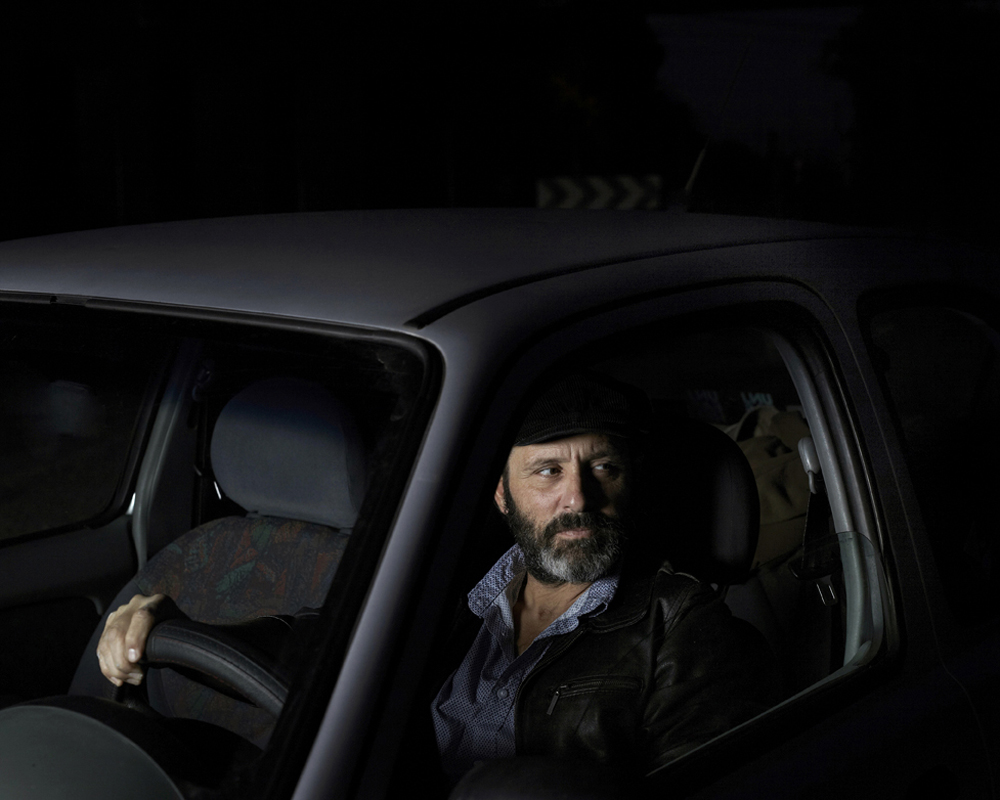 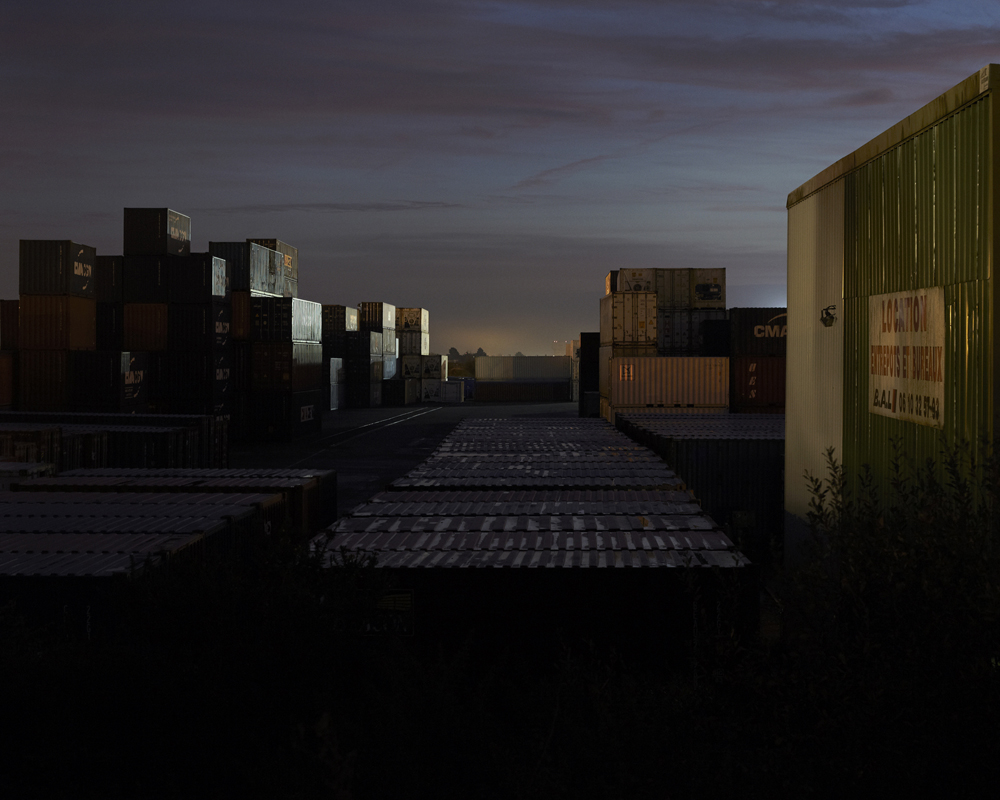 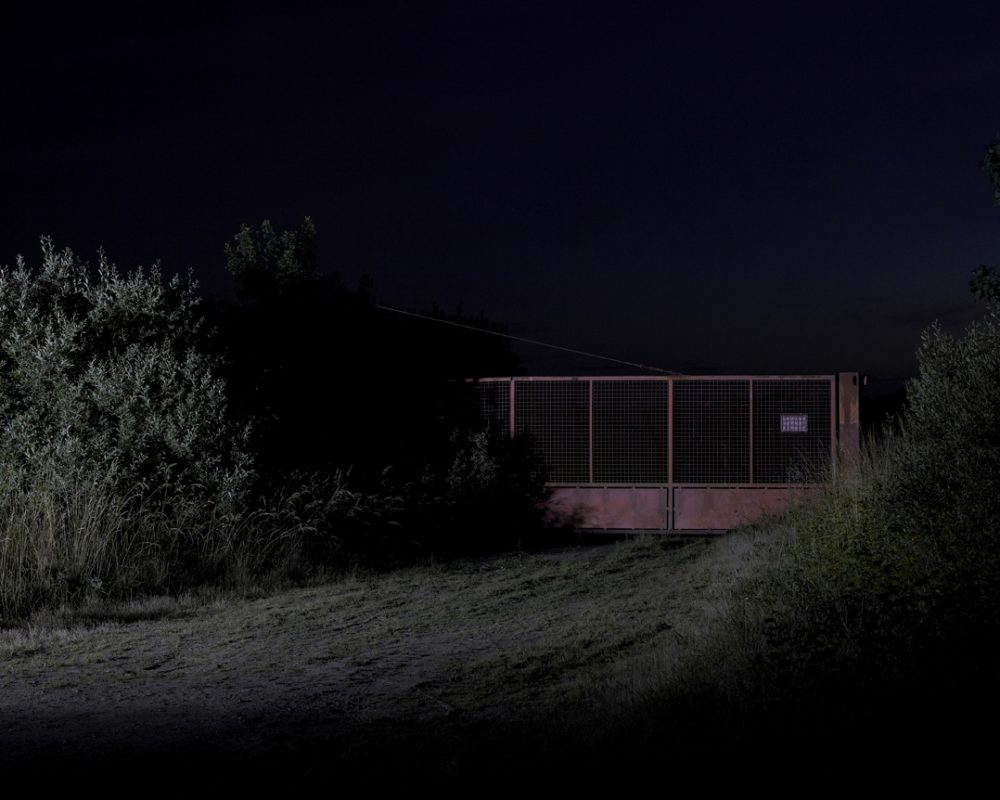 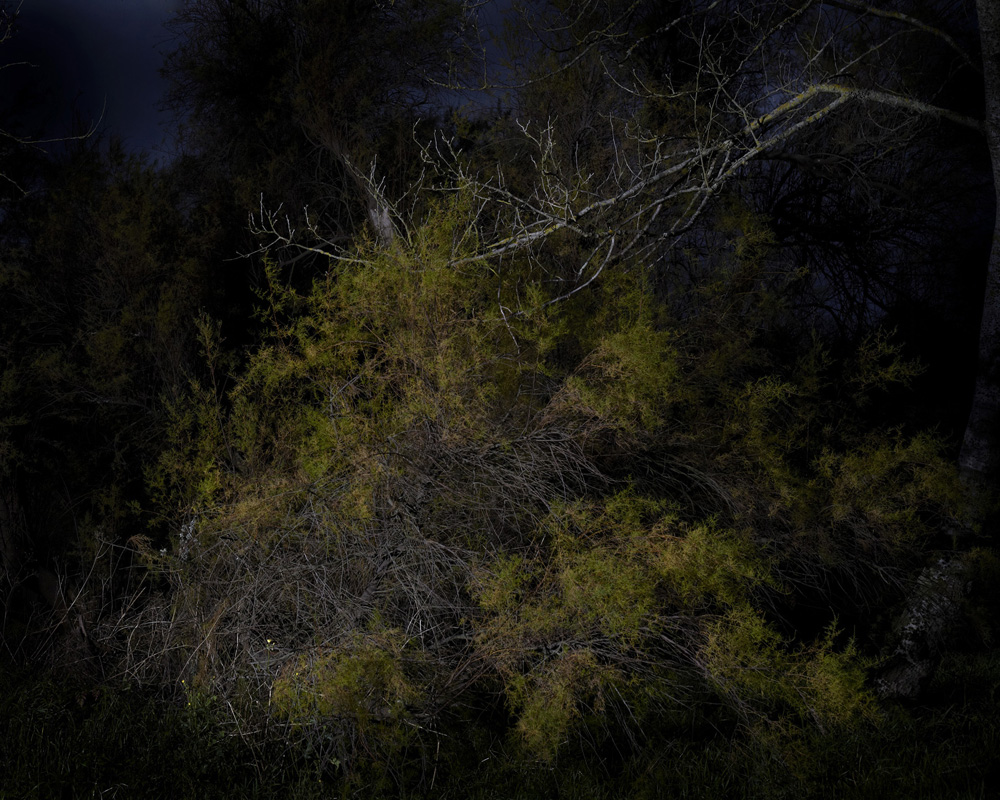 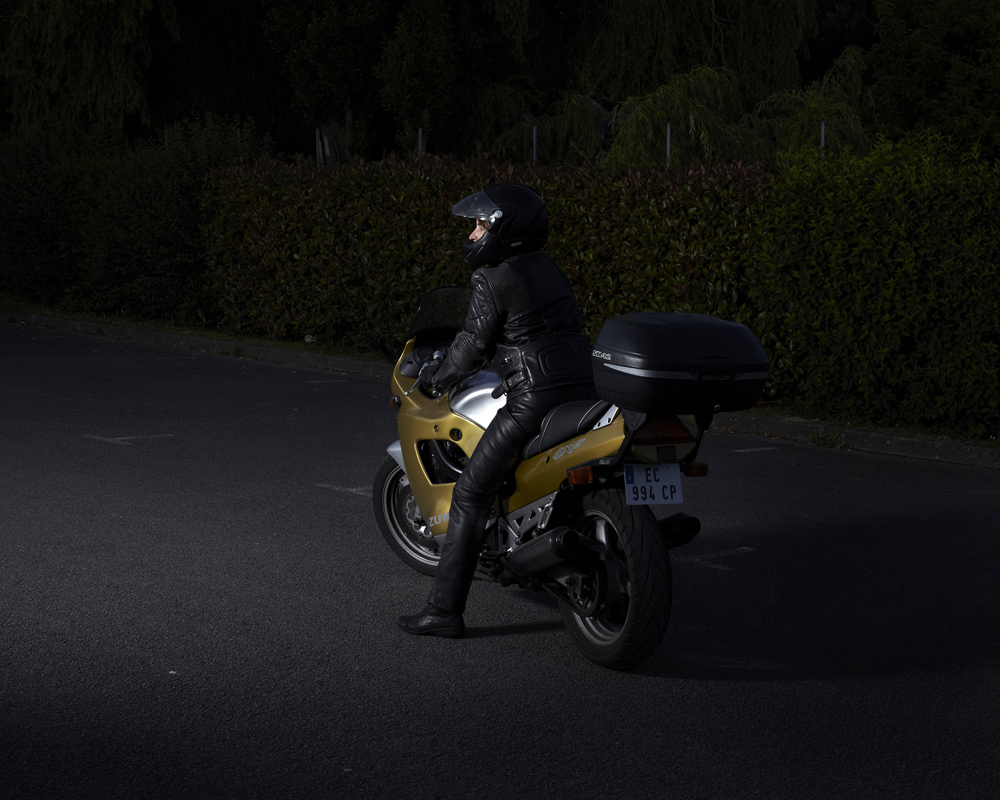 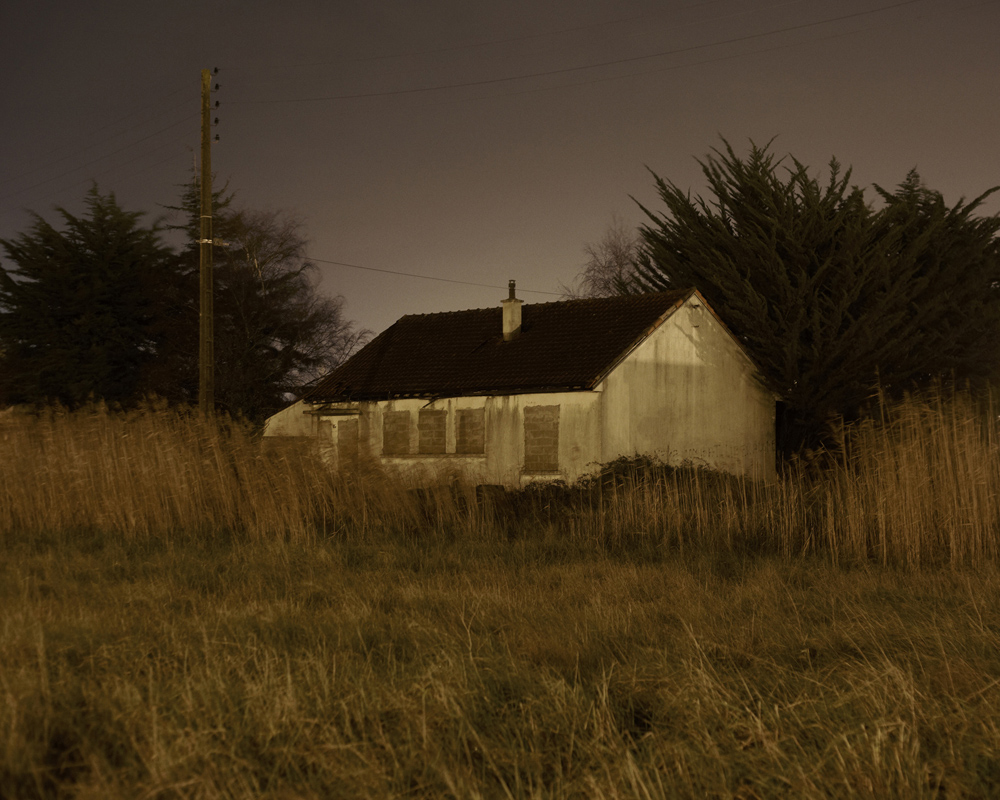 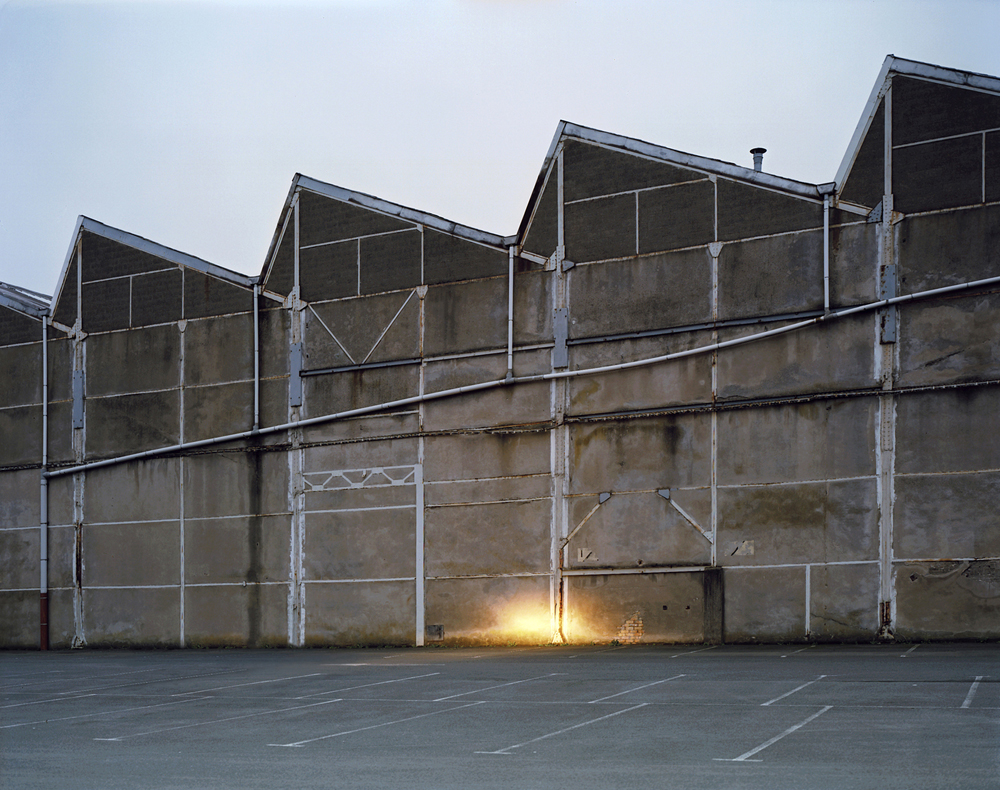 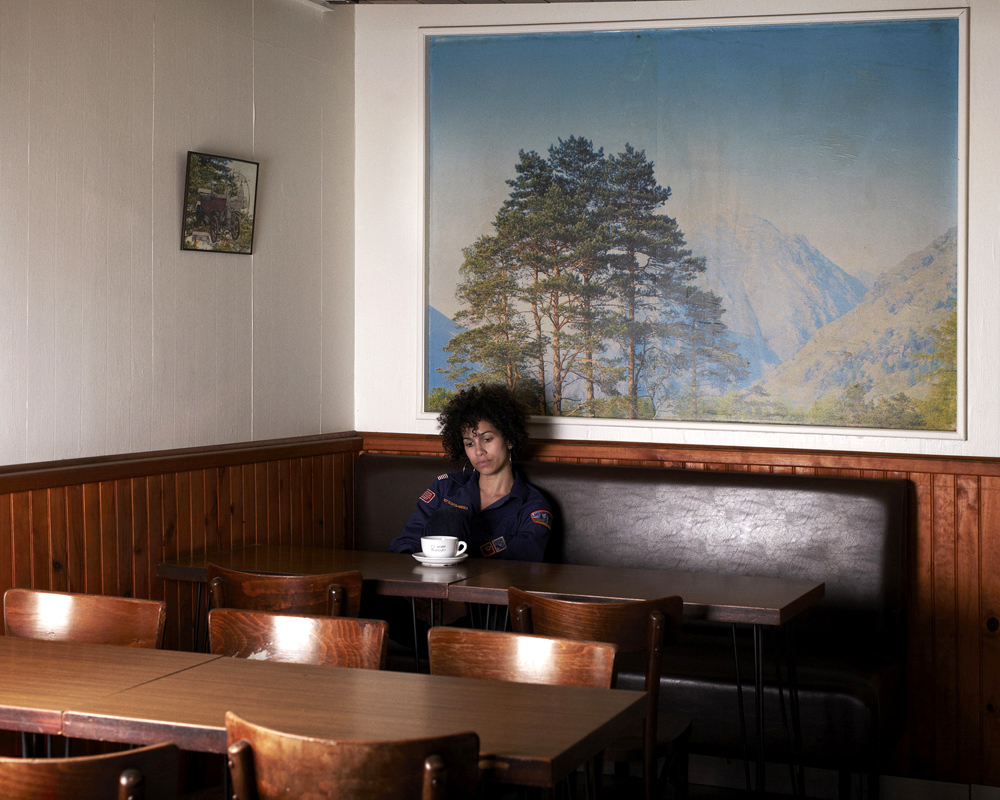