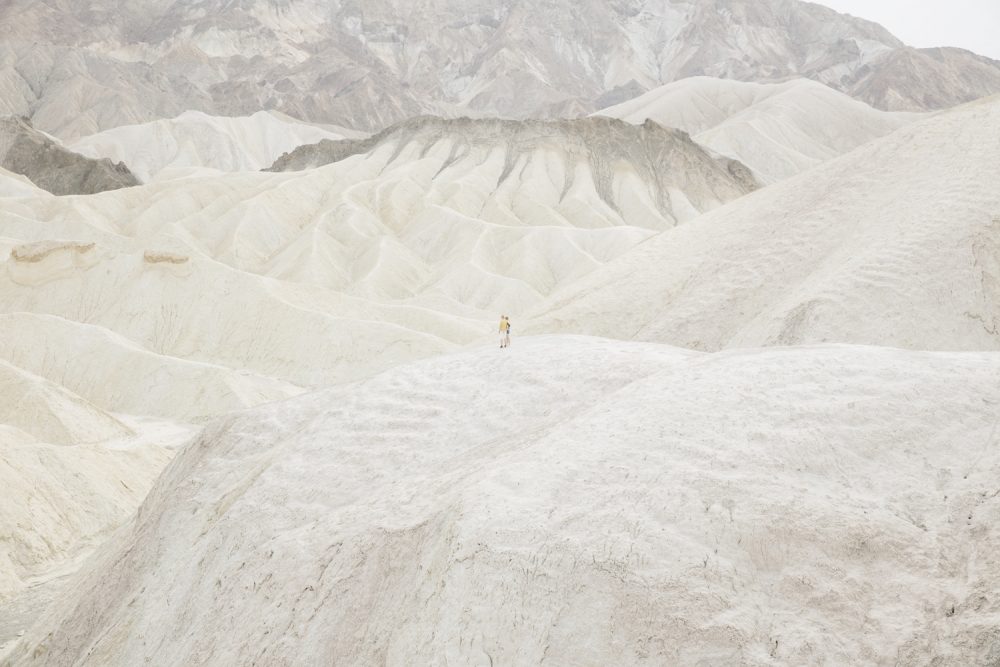 A couple within the canyons look at the views, Zabriskie Point, Death Valley, California. Zabriskie Point is part of the Amargosa Range located east of Death Valley in Death Valley National Park, it's noted for it's erosional landscape. It's composed of sediments from Furnace Creek Lake , which dried up 5 million years ago. © Joel Redman

Stray From The Path

Death Valley, California is one of the hottest places in the world. During the gold rush, “The Lost 49ers”, a group of pioneers, journeyed across this immense desert and suffered severe hardship. The survivors gave the valley its name.
Today, it still feels like the unreal world of Zane Grey’s “Wanderer of the Wasteland”. “How desolate and grand!” Grey wrote. “The far-away, lonely and terrible places of the earth were the most beautiful and elevating.”
There is a certain romance to visiting the desert — the idea of wandering off and disappearing into it. Edna Brush Perkins in “The Heart of Mojave” remarks on this feeling: “When you are there, face to face with the earth and the stars and time, day after day, you cannot help feeling that your role, however gallant and precious, is a very small one. This conviction, instead of driving you to despair as it usually does when you have it inside the walls of houses, releases you very unexpectedly from all manner of anxieties.” Death Valley, like all great wildernesses, offers much more than the sights that most people flock to. Unfortunately, visitors often forget to stray from the beaten path. 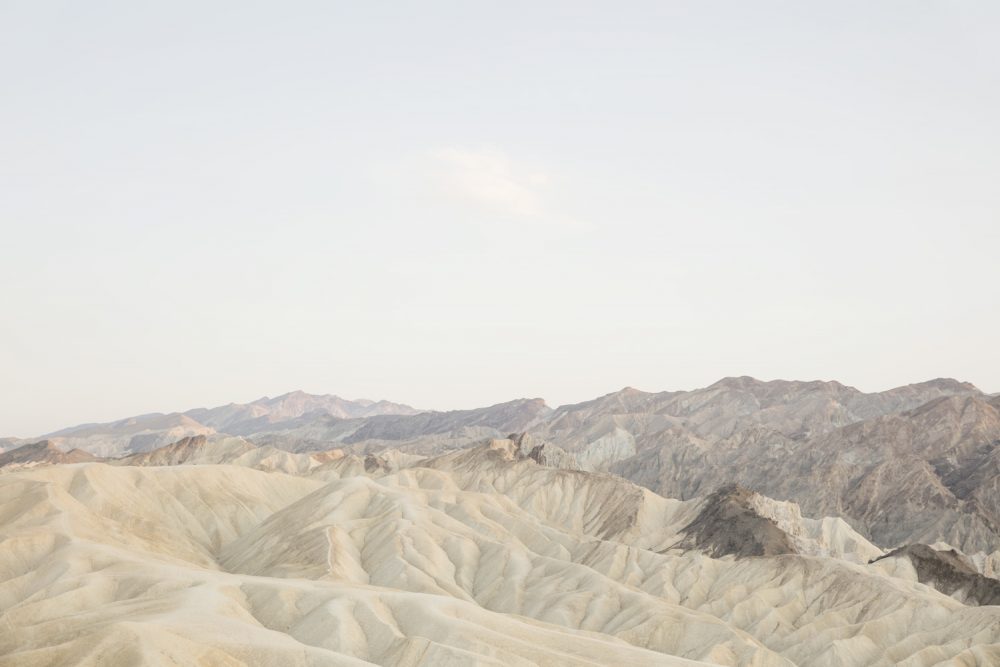 Zabriskie Point, Death Valley , California. Zabriskie Point is part of the Amargosa Range located east of Death Valley in Death Valley National Park, it's noted for it's erosional landscape. It's composed of sediments from Furnace Creek Lake , which dried up 5 million years ago. © Joel Redman 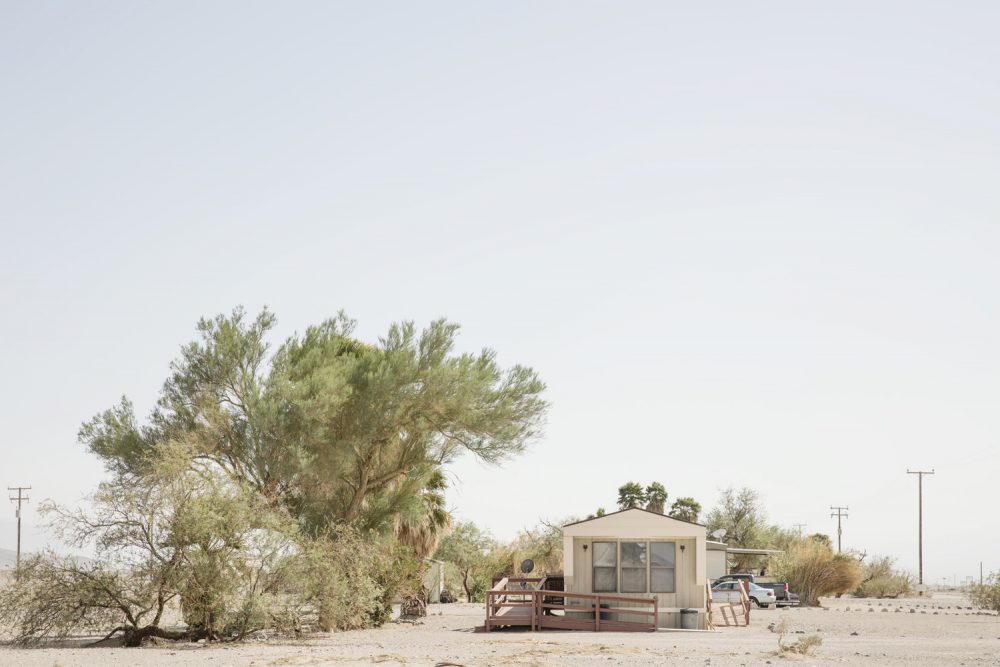 Prefab mobile home, Timbisha, Death Valley, California. The Timbisha are a Native American tribe federally recognised as the Death Valley Timbisha Shoshone Band of California. As of the 2010 census the population of the village was 24. The Timbisha have lived in the Death Valley region of North America for over a thousand years. In 1933 President Herbert Hoover created Death Valley National Monument, an action that subsumed the tribes homeland within park boundaries. Despite their long time presence in the region, the proclamation failed to provide a homeland for the Timbisha people. After unsuccesful attempts to remove them from their homeland to nearby reservations the National Park Service eventually agreed to set up an Indian Village near park headquaters at Furnace Creek in 1938. On my visit in 2016 the village feels quite forgotten and pushed to the side of the tourist hotspot which is Furnace Creek . © Joel Redman 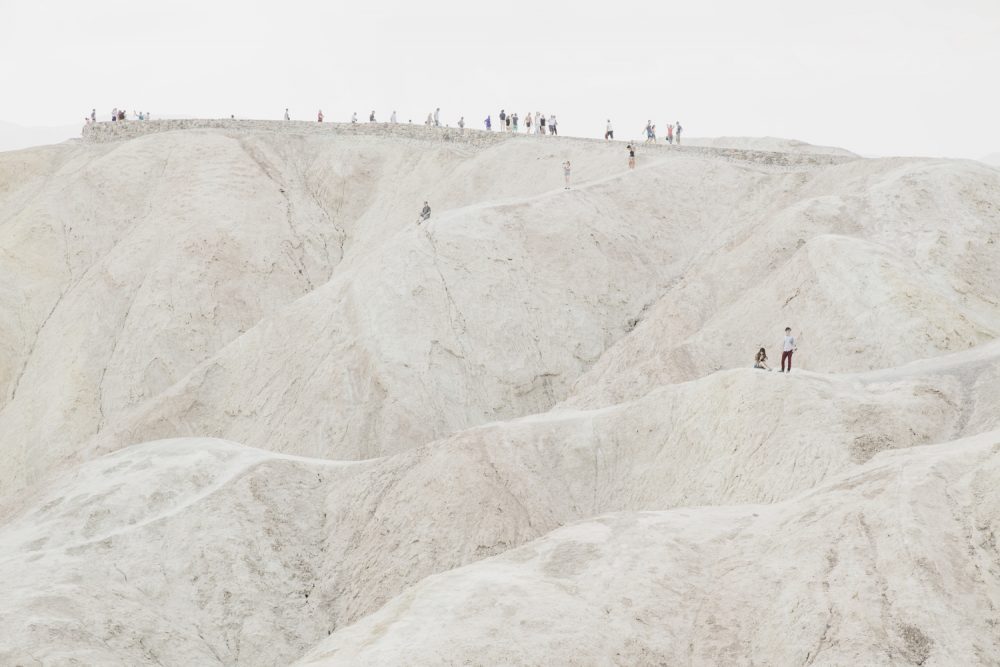 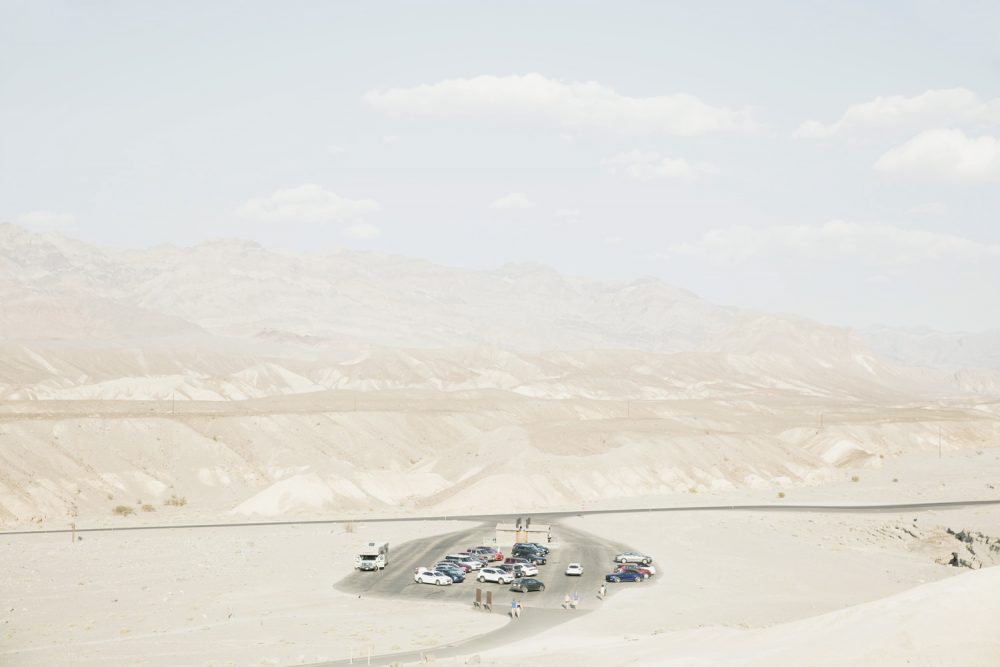 Car Park, Zabriskie Point, Death Valley , California. Zabriskie Point is part of the Amargosa Range located east of Death Valley in Death Valley National Park, it's noted for it's erosional landscape. It's composed of sediments from Furnace Creek Lake , which dried up 5 million years ago. A small car park marks a point where tourists can pull off the main road and then folow the path to a viewing point , from where Zabriskie Point can be viewed. © Joel Redman 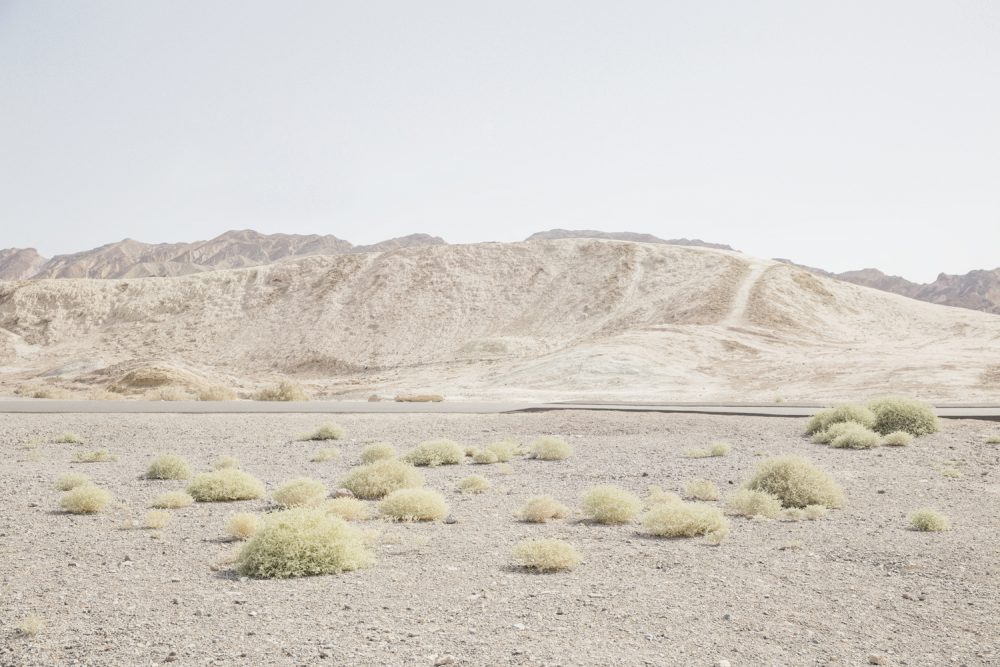 The Path at Zabriskie Point, Death Valley, California. This is the main path that directs the tourists to teh viewing point at Zabriskie. © Joel Redman 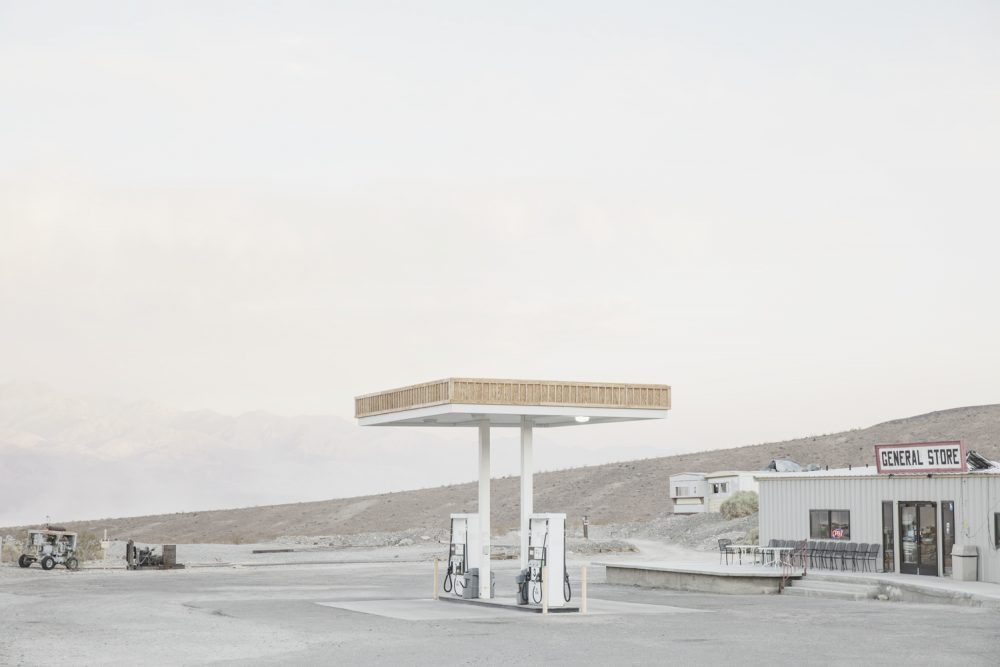 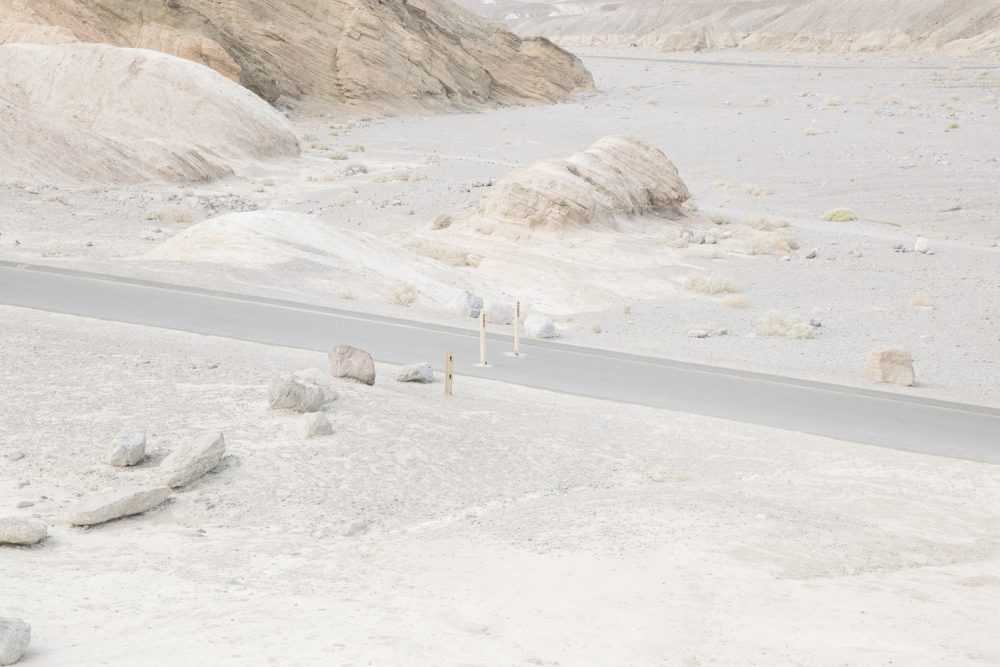 The Path, Zabriskie Point, Death Valley, California. This is the main designated path that leads from the carpark to the viewing point at Zabriskie Point. Barriers block the way for bicycles to go past a certain point. Zabriskie Point is part of the Amargosa Range located east of Death Valley in Death Valley National Park, it's noted for it's erosional landscape. It's composed of sediments from Furnace Creek Lake, which dried up 5 million years ago. © Joel Redman 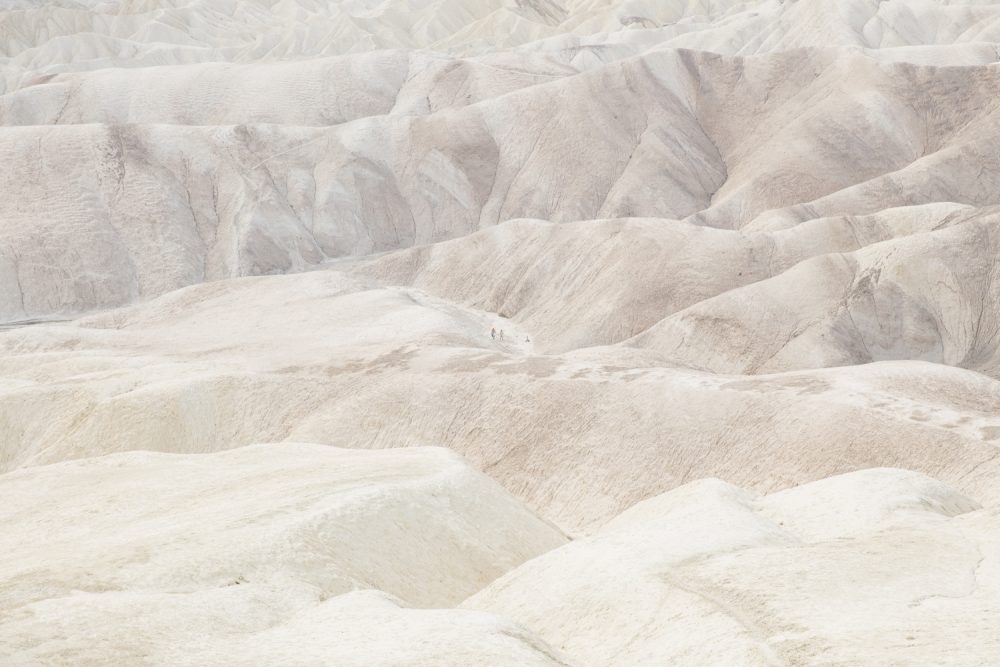 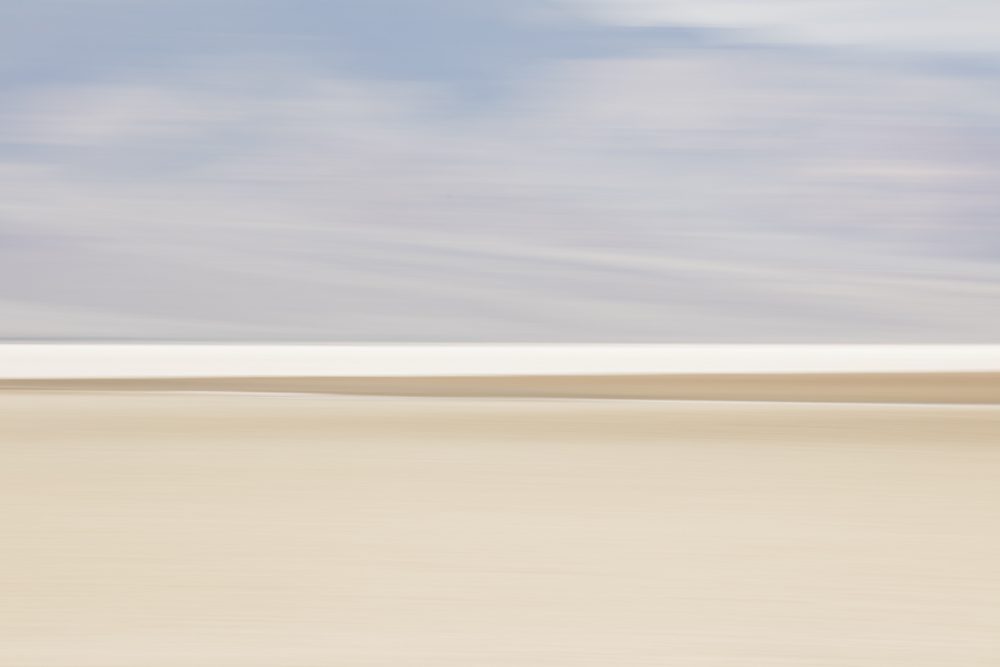 Badwater Basin, Death Valley, Califonia. Noted as the lowest point in North America, with an elevation of 282ft below sea level. The site consists of a small spring fed pool of " Bad Water " next to the road in a sink, the accumlated salts of the surrounding basin make it undrinkable, hence it's name. © Joel Redman

Joel Redman is a photographer based in the UK, his work permeates conversations around climate change, communities, land, nature, and our environment.
He has worked with communities at the fore in our fight against climate change. Indigenous peoples and local communities throughout the tropical rainforest belt, working alongside the non profit “If Not Us Then Who”, collaborating with these communities creatively, mentoring indigenous content creators and giving voice to their fight. In addition he has spent time with the Sami in Northern Finland documenting their struggles to continue their ancestral way of life. Closer to home he’s worked with communities faced with the prospect of being labeled the first  “UK Climate Refugees”, a community in West Wales. Joel’s spent time covering the freshwater crisis facing cities globally, with a focus in 2018 on the city of Cape Town who faced the very real prospect of “Day Zero” the date when the city’s water supplies may be switched off having been critically low. He’s also undertaken personal journeys that traverse challenging arid landscapes, including travelling through Death valley, the Karoo Desert, and the Silk Road through Uzbekistan.
Joel’s work primarily seeks to document sensitively and with consideration the journeys and experiences he’s drawn to, often speaking of the land and the people that reside or visit these landscapes and spaces.
Partners who’ve supported the work include, The Ford Foundation, Rainforest Foundation, The UN Foundation, WWF, UNDP. His work has been recognised in the following publications, The British Journal of Photography, The New Yorker, Der Spiegel, The Guardian, Global Citizen, Monocle Magazine, Fisheye Magazine, GEO Magazine, Royal Photographic Society. Having received numerous awards, and been exhibited in The National Portrait Gallery, The Royal Academy of Art, Hong Kong Museum of Climate Change, International Climate Week in New York, amongst others.