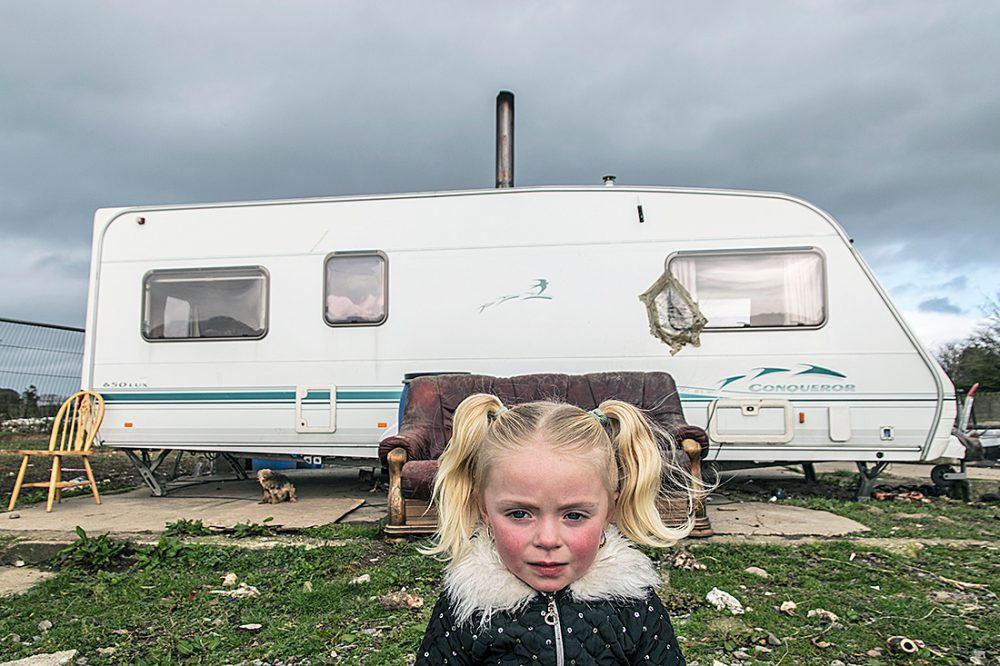 Since 2009, I have been documenting Irish Travellers using a b&w film medium format camera. But an unfortunate incident occurred when I realised I left my bag full of Hasselblad film cameras and lenses on the train from Venice to Rome in May 2018. Following the unfortunate event, I still had the digital camera that I used for personal travel and I said to myself ‘Why not try using digital camera’ for my environmental portrait and street photography project. To be honest I felt a bit carried away with the technology that is so easy and convenient to use. Upon my return from Italy I bought another Hasselblad and lenses just in time before going to Appleby Fair to document the Travellers and Gypsies. Turned out that I shot a lot of colour images with the digital camera and about a dozen or so with B&W film.  Armed with just a short wide angle zoom lens and a fast 8 frames per second option it allowed me to capture the spontaneous moment of the people in their environment. Like Alex Webb, Magdalena Sole, Sally Mann, Mary Ellen Mark, Bruce Davidson, William Eggleston, Henri-Cartier Bresson, Martine Franck and Josef Koudelka, I love to pay attention to the layers, space, lighting, composition and the spontaneity as well as adding mood which will portray emotion and stories.

Irish Travellers have been the main subjects in my project for the past ten years. My relationships with them have become very close. At first, I have to earn their trust and respect them. Travellers for decades have been shunned from the public due to discrimination, media labelling, etc.  I give them photos in exchange for their time. Photos are very precious to them because their old photos get missing or destroyed from travelling from one place to another place. Also so many things happen in Travelling communities, there are high numbers of suicide due to discrimination and lack of jobs and they have a higher mortality rate than settled people due to health issues and poverty. I feel there is more to learn about their unique culture which was once nomadic and their fears of losing their culture and identity as the Irish Government are trying to make them fit into modern Society. There are a small amount of Travellers who like to settle in housing provided by the government, but the majority like their nomadic culture and continue to camp and travel where they can.  This does cause a lot of issues as some halting sites provided are overcrowded, so the Travellers often make illegal encampments on the side of roads, the council has to get involved and the police, this is an ongoing issue for many years, yet to reach a solution to make all parties satisfied. 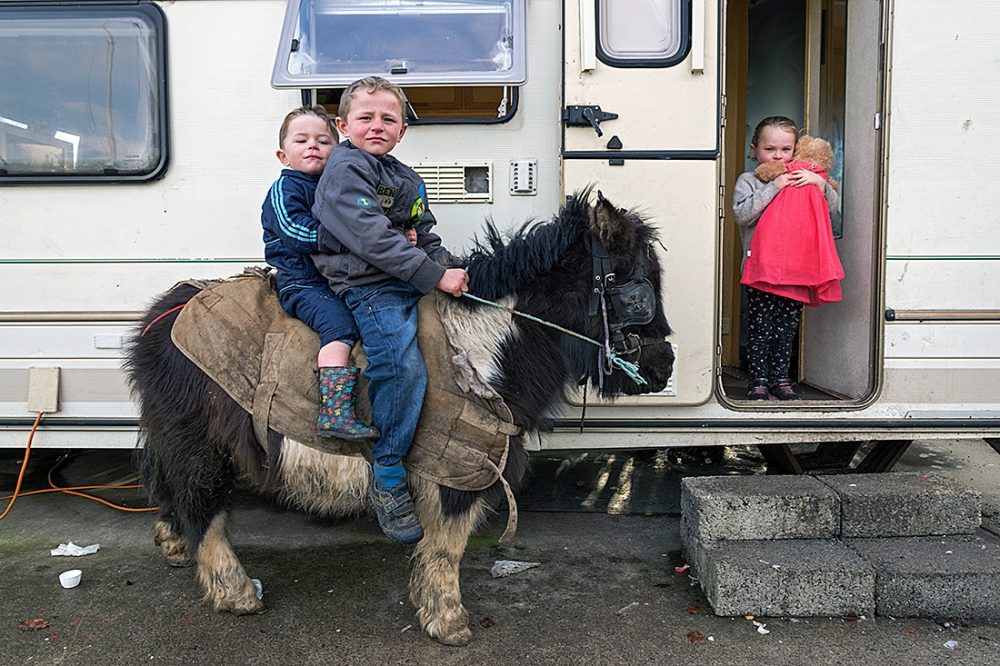 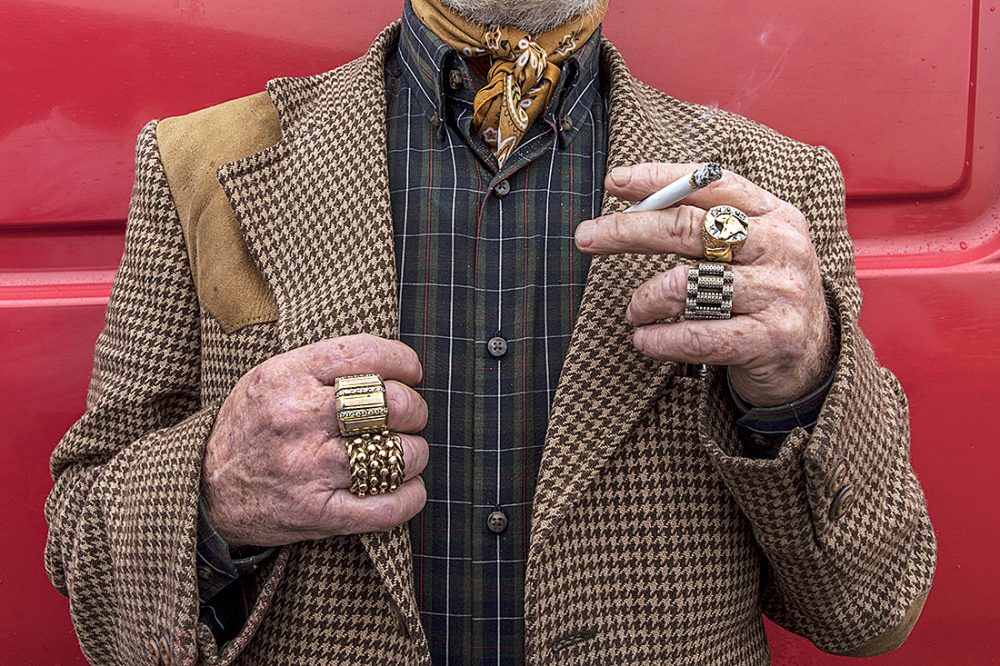 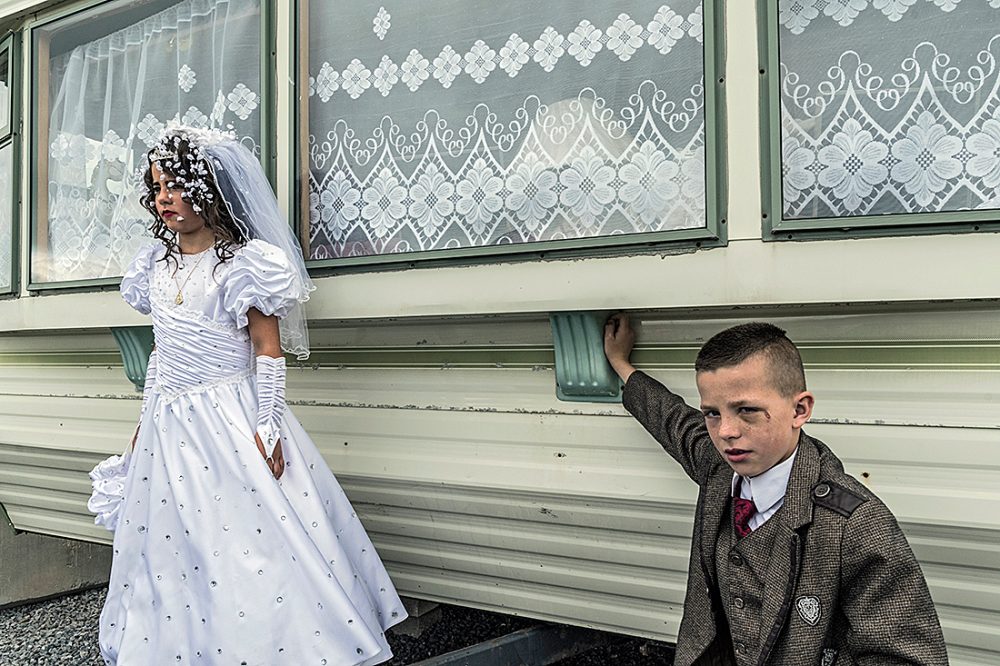 Nikita on her first communion with her brother Jimmy, Tipperary, Ireland 2019. © Joseph-Philippe Bevillard 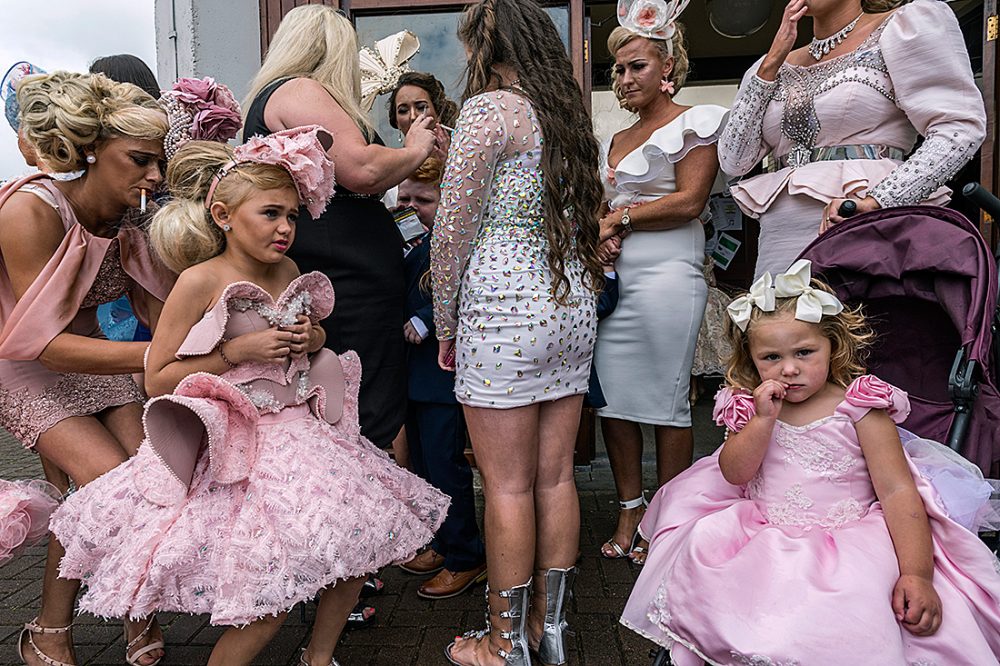 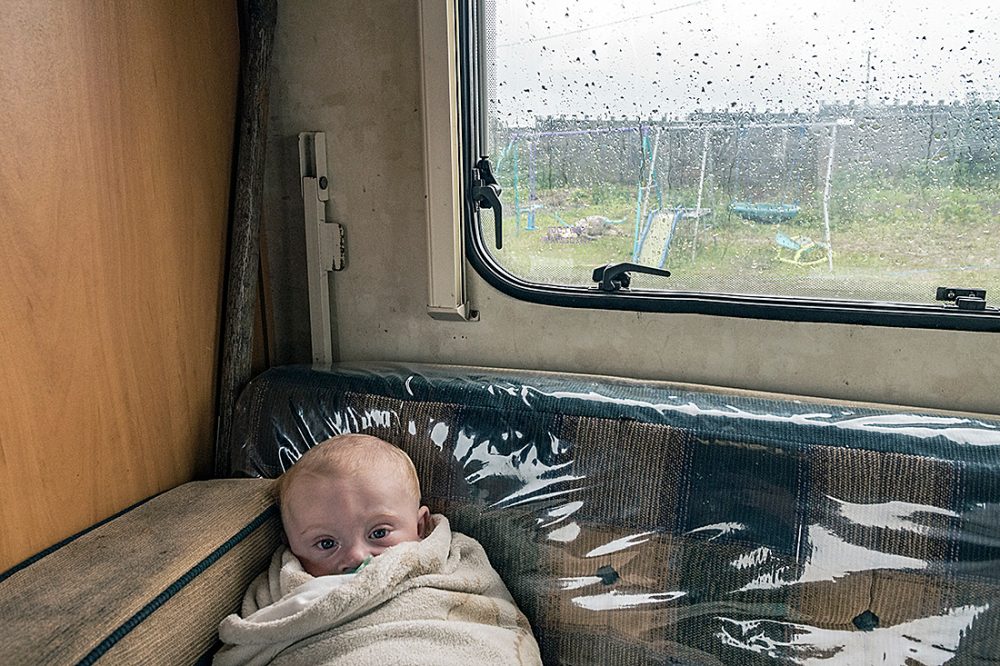 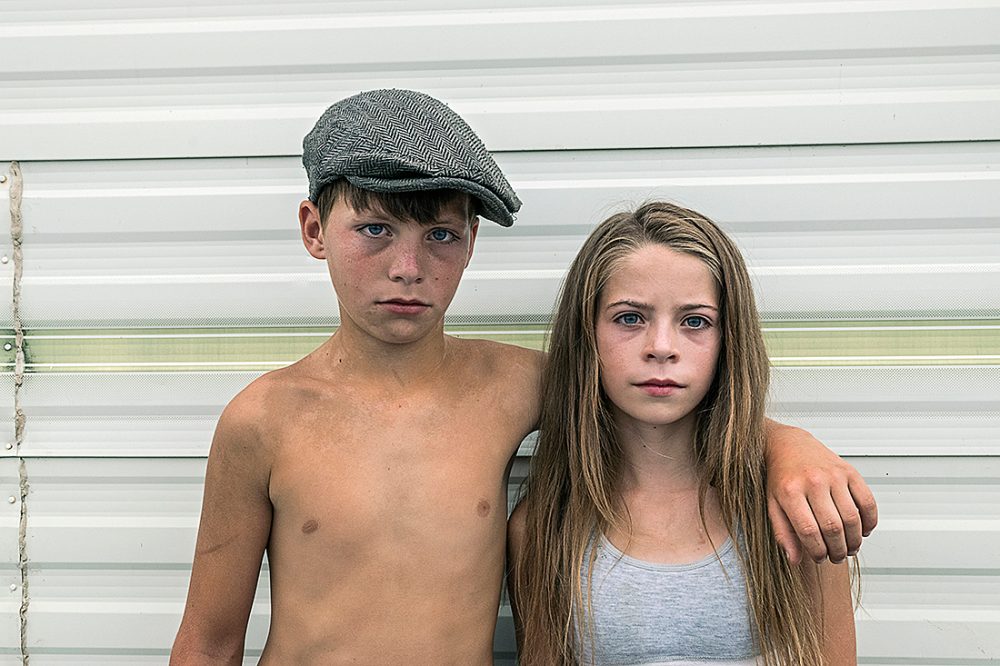 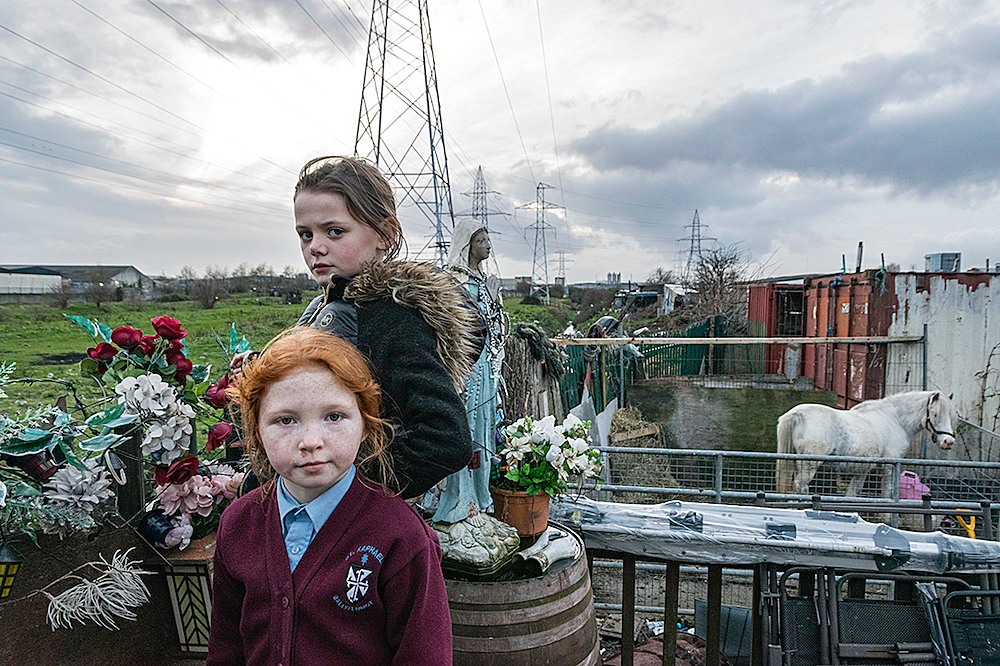 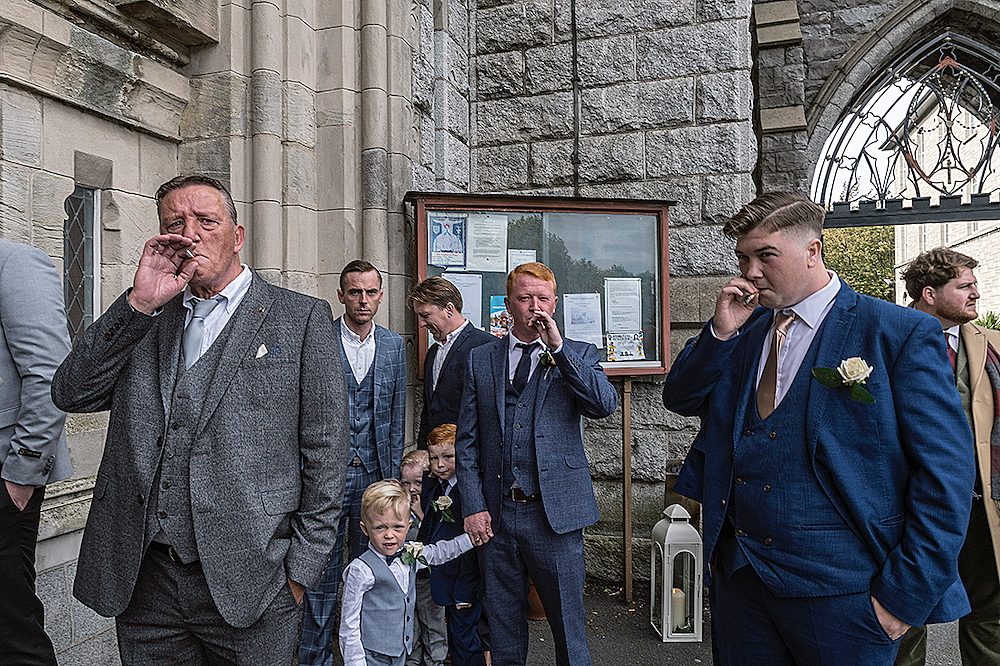 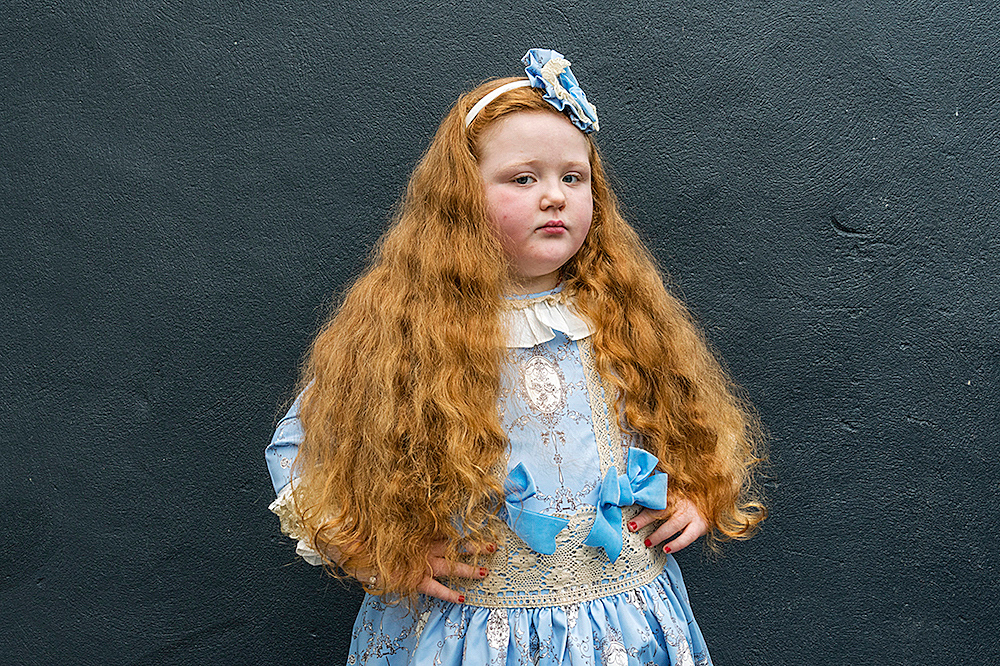 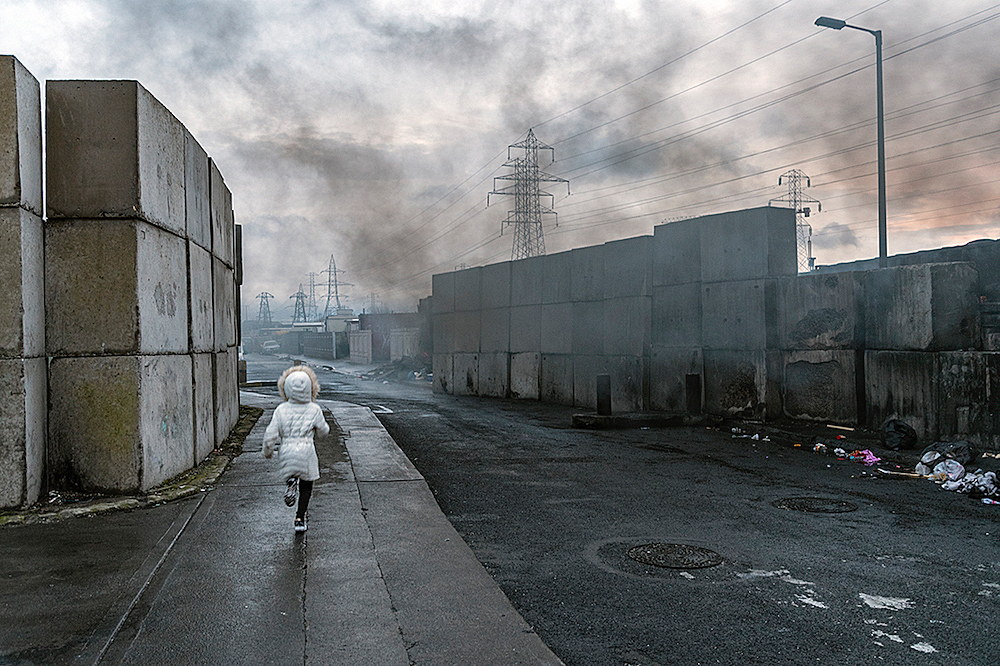 Born in Boston, Joseph-Philippe started drawing and painting after he lost his hearing at the age of 3. He took up photography during his senior year at a private school in Massachusetts. In 1985, he enrolled at the Rochester Institute of Technology to study photography where he remained there for 2 yrs before changing direction in career due to financial circumstances, In 1990 he return to photography to study at the Art Institute of Boston. It was in 1990, Joseph-Philippe developed a style for his square B&W portraitures of people he met in the nightclubs and on the street. After working for several major photo labs in Massachusetts in the last half of 1990, he moved to Ireland during the millenium to start his property management business. In 2007, he went back to photograph portraits using the same camera and style as he did in the early 90’s. In 2010, he started a new project, photographing the Irish Travellers and four years later, he formed the Irish Travellers Photo Workshop. In June 2018, Joseph-Philippe started a colour project on Irish Travellers using a digital camera and continue shooting B&W film with Hasselblad.