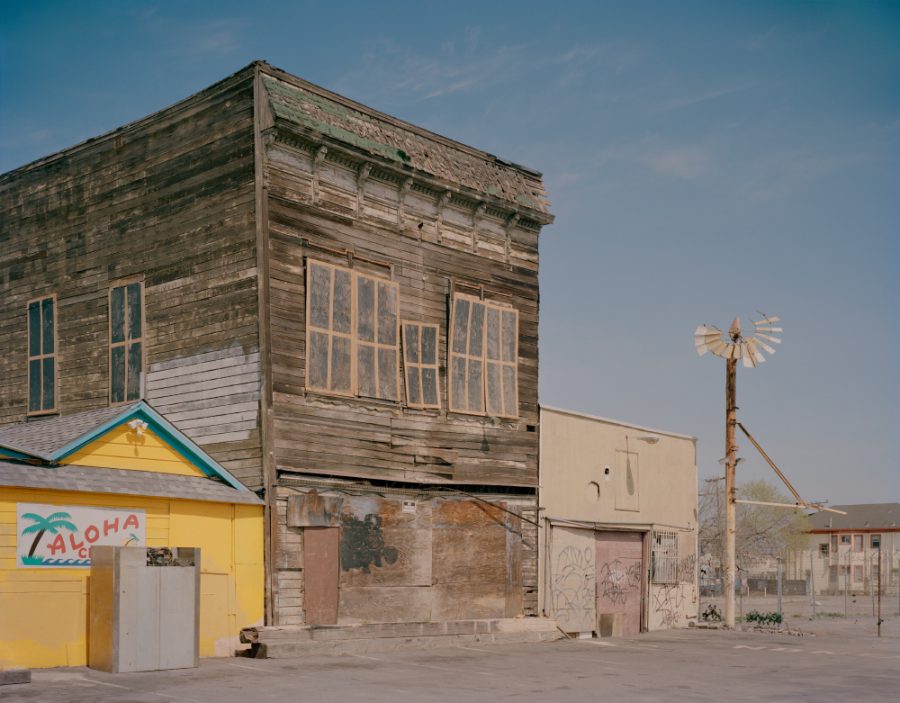 Juan Aballe’s project Last best Hope shares its name with a phrase used in 1862 by then-President Abraham Lincoln. For Lincoln, “the last best hope of earth” was the United States of America and the freedom and democratic ideals for which it stood. He imagined a future in which hundreds of millions of immigrants would travel to its shores to find a better life.
More than a century and a half later, Aballe found the pulsating remains of that hope, buried under decades of hardship and disappointment. With help from a friend, a primary school teacher in Oakland, Aballe met families who’d traveled to the United States from countries like Mexico, Guatemala, and El Salvador. They had all sacrificed much to come to the US. Having a language in common helped established trust between the photographer and his subjects. “I wanted to know about their stories, and how they had imagined their new lives in the US before leaving everything behind, sometimes even risking their lives”.
In contrast with the shining ideal Lincoln dreamt of so long ago, daily life in Oakland can be difficult. The crime rate is relatively high, and school lockdowns are not uncommon. The children Aballe met were all citizens of the United States, though the immigration situations for the parents varied. “In some cases, they still had no legal status,” the photographer explains. “They couldn’t leave the country to visit their families, or else they would risk never seeing their children again.”
Throughout the city, Aballe recognized relics of the past set sharply against the realities of the present. In the pale and lovelorn corners of Oakland, he found both anxiety and loss. But he also found the steadfast glimmers of hope and longing. While out on those lonely streets with his big, bulky camera, Aballe did strike up a few conversations with curious passersby. “I have the feeling that, in general, people are happy to feel close, if only for a few moments, to other people” .
anotherplacepress.bigcartel.com/product/last-best-hope-juan-aballe 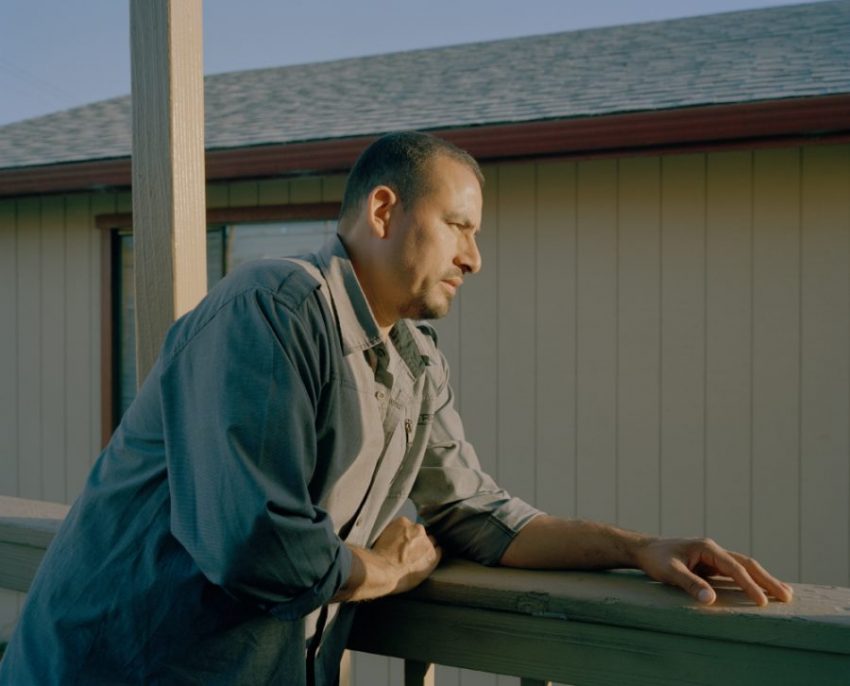 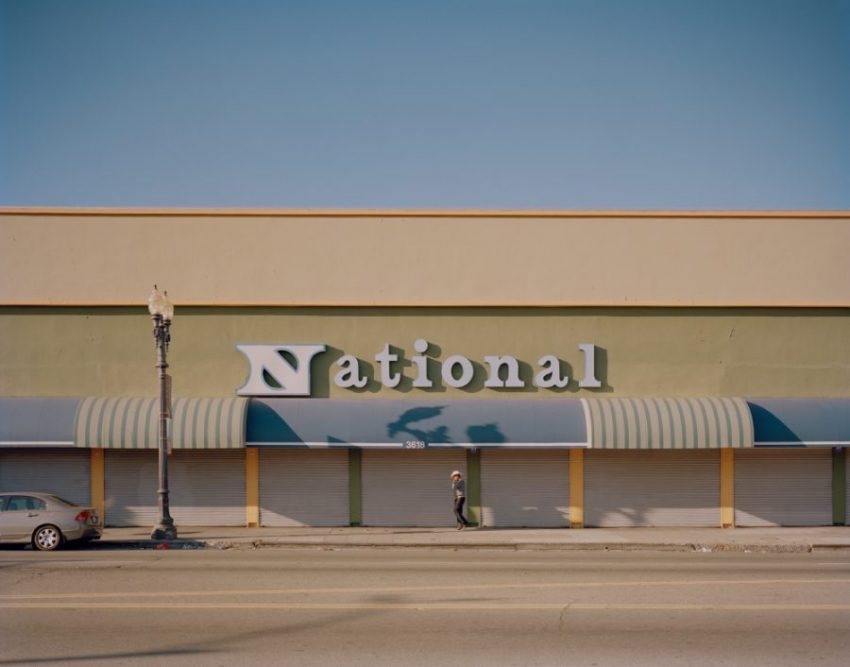 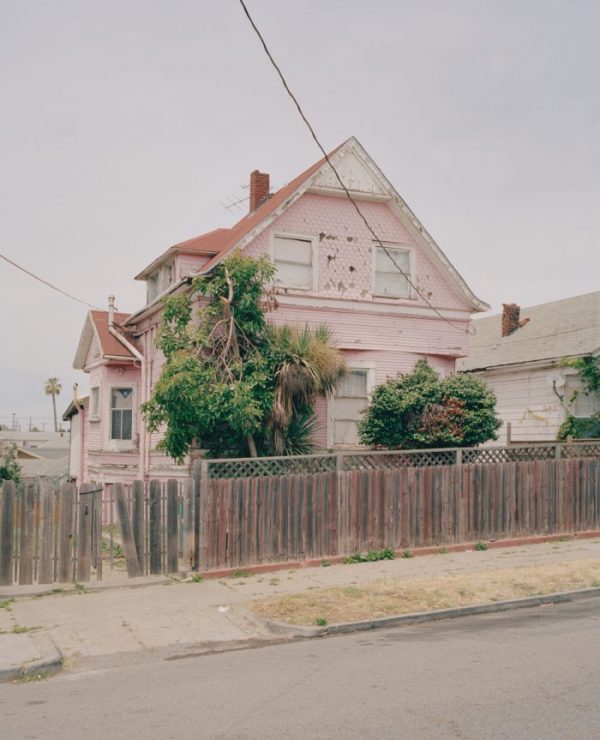 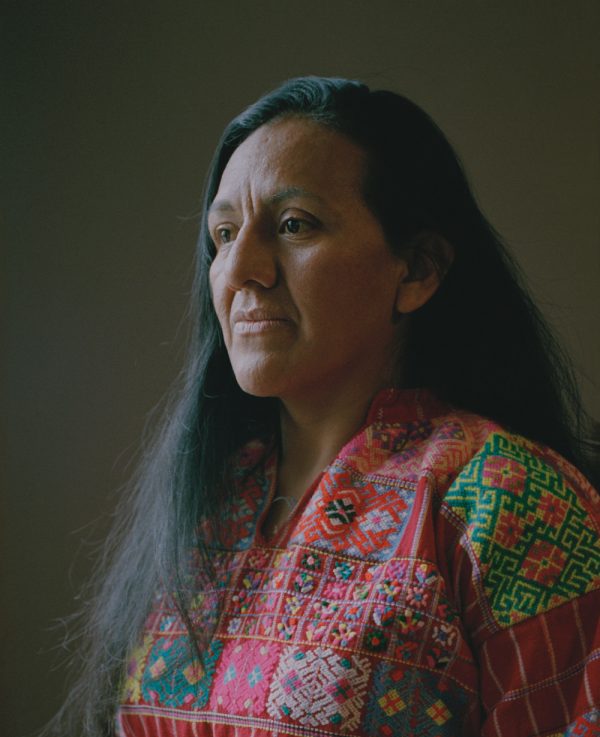 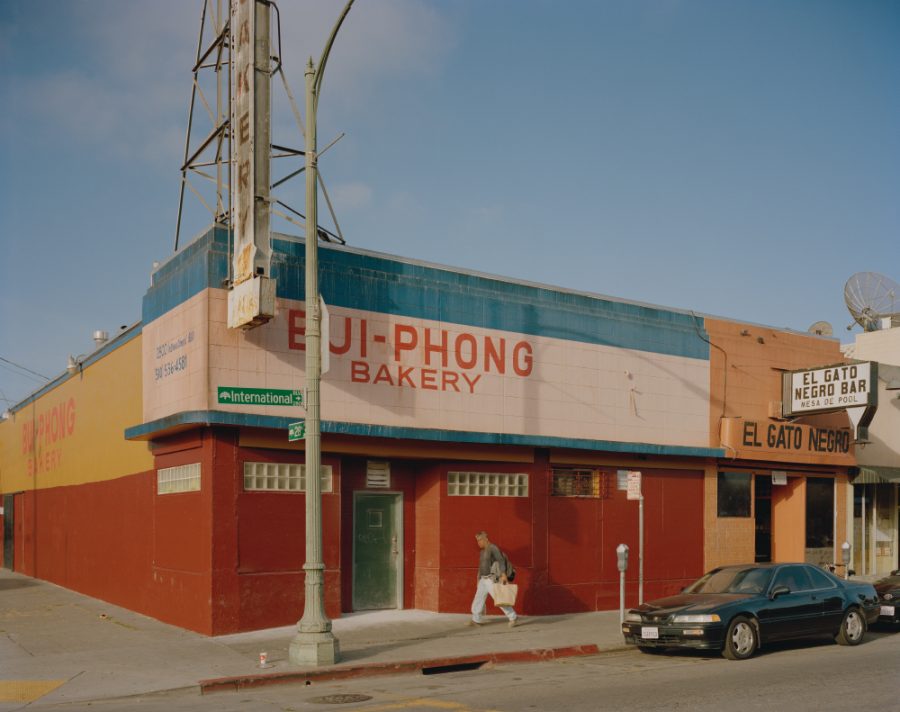 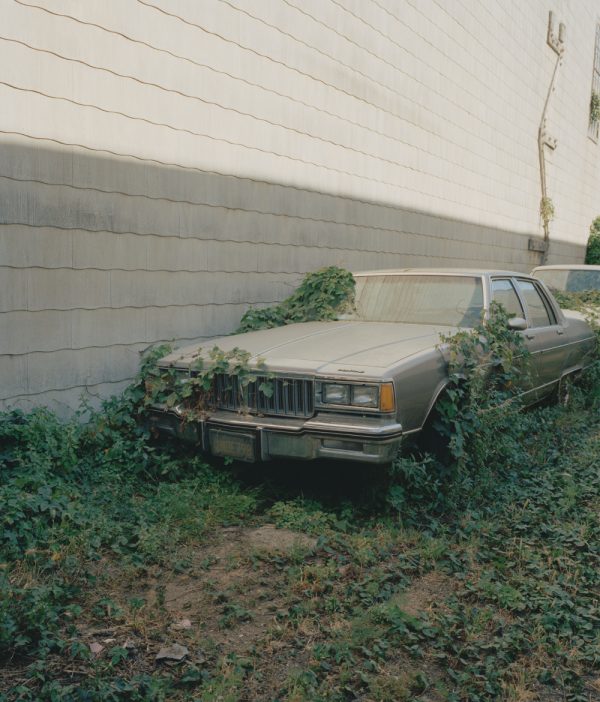 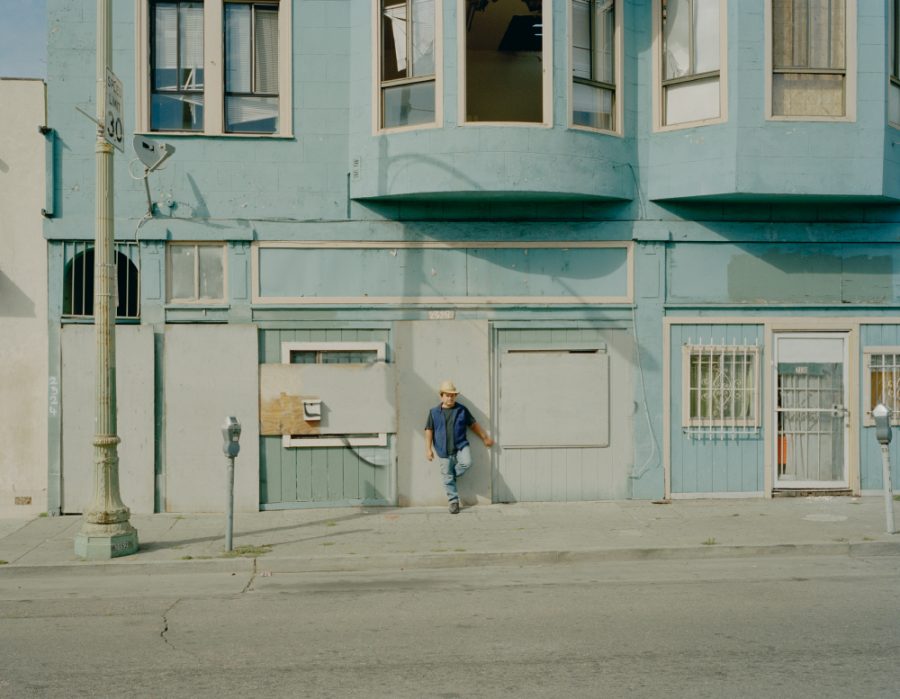 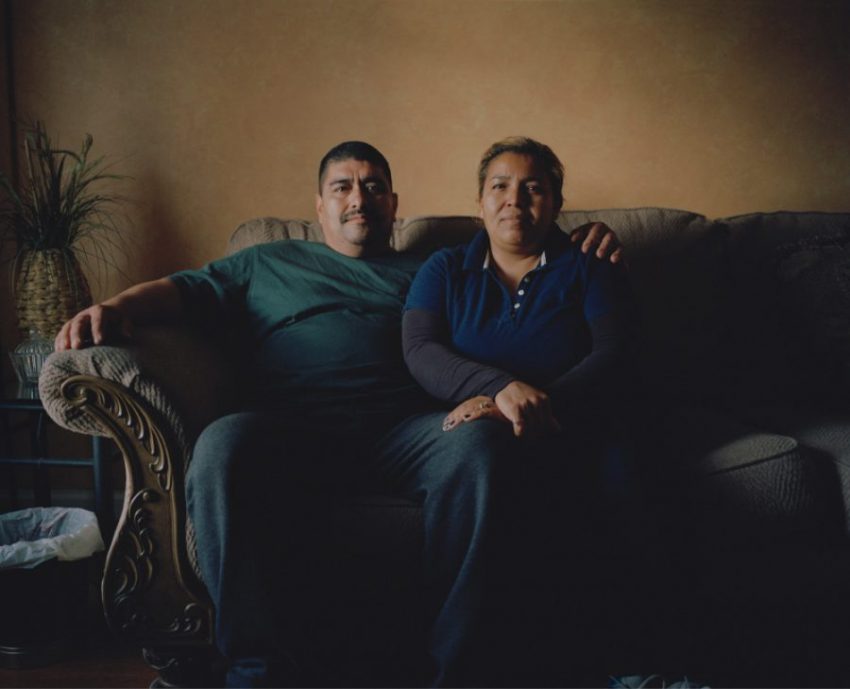 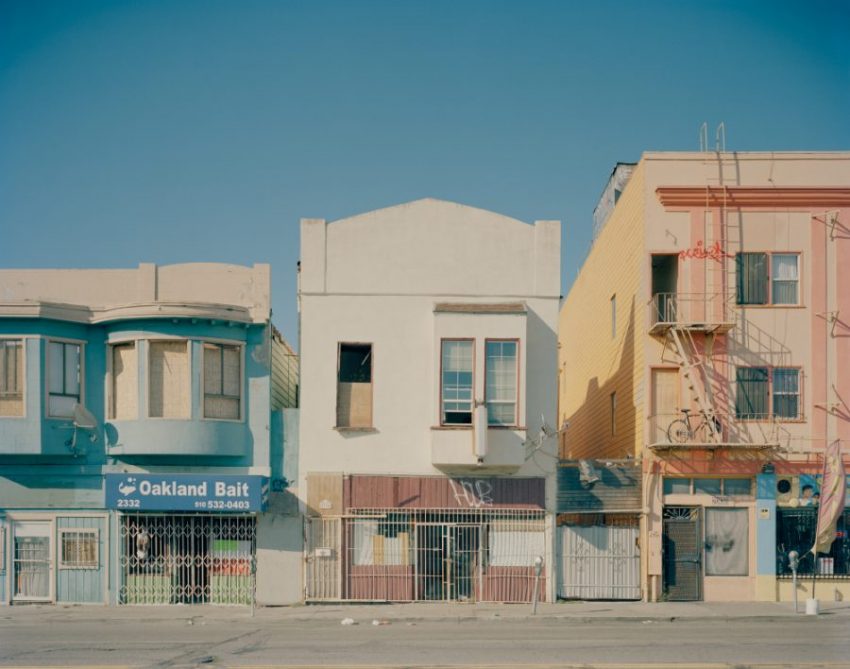 Juan Aballe started printing his photographs in the darkroom while studying chemistry at the universities of Madrid and Berlin. After graduating as a chemist, Juan decided to fully devote himself to photography and visual media. He studied at the school of the International Center of Photography (NYC), and later obtained his Master in Photography at EFTI School (Madrid). Juan’s work has been exhibited and published internationally and he has been awarded grants from institutions such as the Spanish Ministry of Culture, or Fundación Botín. He has lived several years in Germany and the U.S.A. and is currently based in a small town in the mountains near Madrid.
His first self-published photobook, “Nachbar” (neighbor in German), consisted of 36 photographs with the same view of the building in front of his flat in East Berlin. Photographed for over a year, at one of the windows we see an old man spending time alone day after day.
In 2014 the independent publisher Fuego Books published his project “Country Fictions”, photographed in rural areas of the Iberian Peninsula between 2011 and 2013, in the aftermath of a profound economic crisis.
In 2021 his work “Last Best Hope”, developed in the city of Oakland, California, will be published by the scottish publisher Another Place Press.