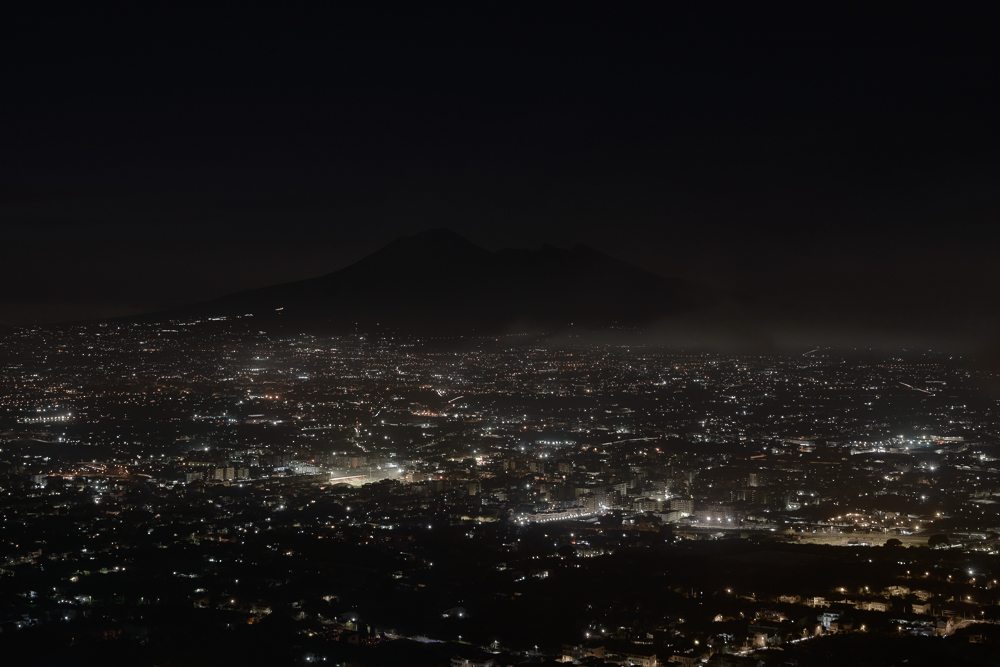 “In his new series of original work, Julien Mauve has chosen the Gulf of Naples and its surroundings to describe the uncontrolled development of urbanization, constantly expanding around Mount Vesuvius, where the threat of eruptions gets forgotten in favor of the benefits of the soil’s fertility, the rich cultural heritage and the power of religion. During the course of a year, Julien Mauve deepened his visual and sensorial experience of the Neapolitan region and its inhabitants to offer us something unique: an anthropic approach through landscape photography.
The seemingly silent breath of the volcano is the starting point of his artistic investigation. As a curious observer, he inspects the natural surroundings, the movement of mountains measured by sensors at the Vesuvius observatory, the urban landscape and the people inhabiting it, and in this manner, he shapes a large, collective portrait of a place marked by a distant past, which never disappeared, and a modern present, with its at times brutal cementation.
The artist lays focus on humans’ ability to live in and adapt to a region surrounded by active volcanoes, as well as on the way that they face up to the inherent daily threat, knowing that the fertile giant at any moment could become a merciless god, capable of destroying everything at its feet. Because science cannot predict eruptions, faith has replaced it, infusing this region with the tranquility that is needed for worried souls to find peace of mind and allow society to develop: that is the miracle of Saint Januarius’ liquified blood.
Julien Mauve gives us a social-anthropological reading based on the ties that he has created with the local inhabitants. By so doing, he justifies this rather inexplicable phenomenon – already described in 1799 by the general Thiébault, as a way of exorcising fear when faced with human finiteness and nature’s immensity. ” Viviana Gatica 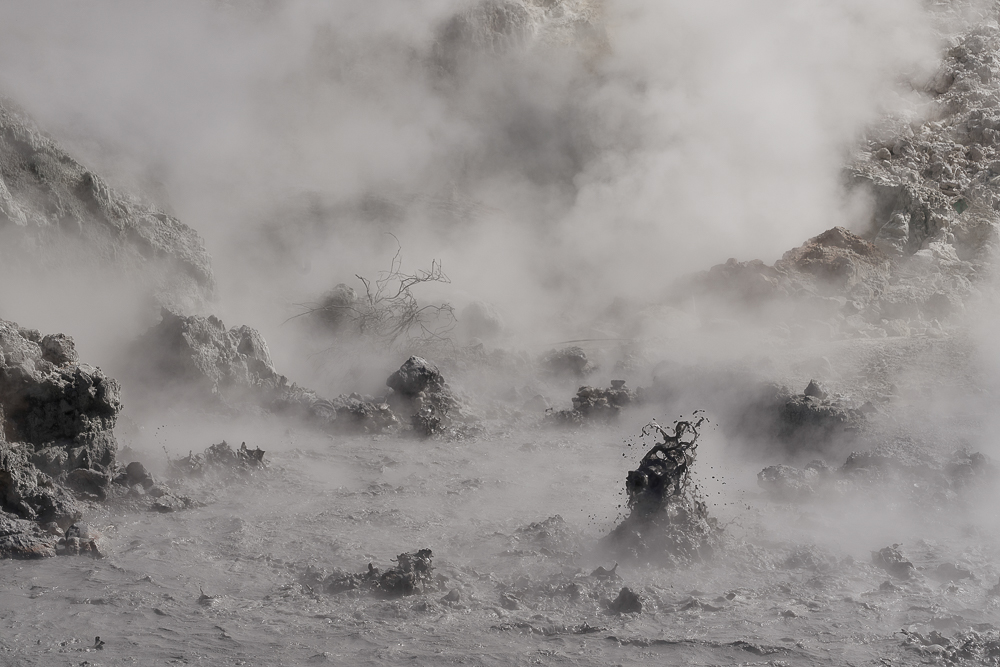 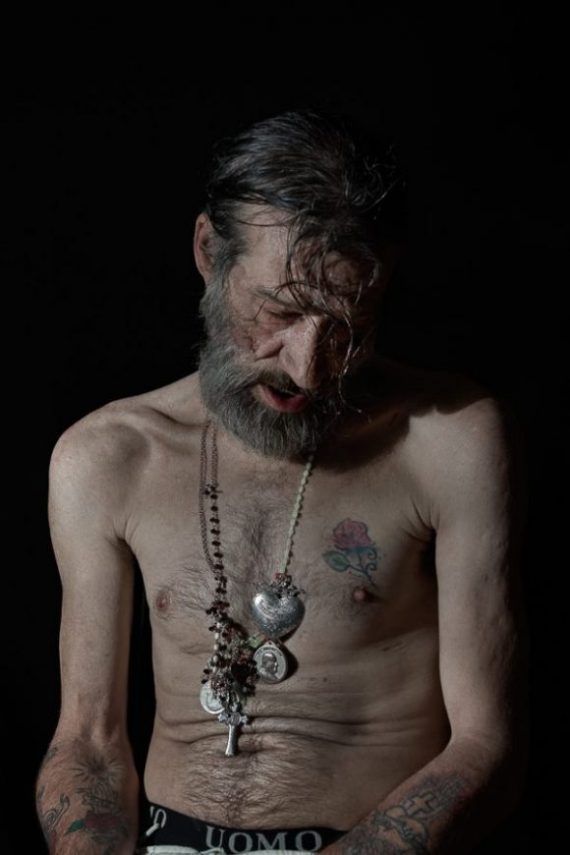 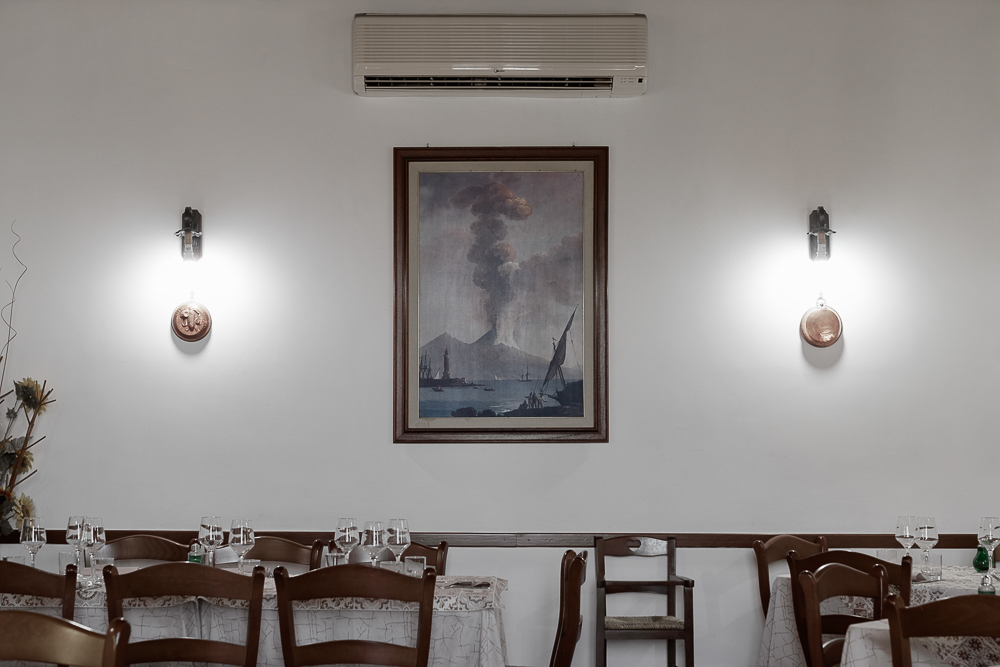 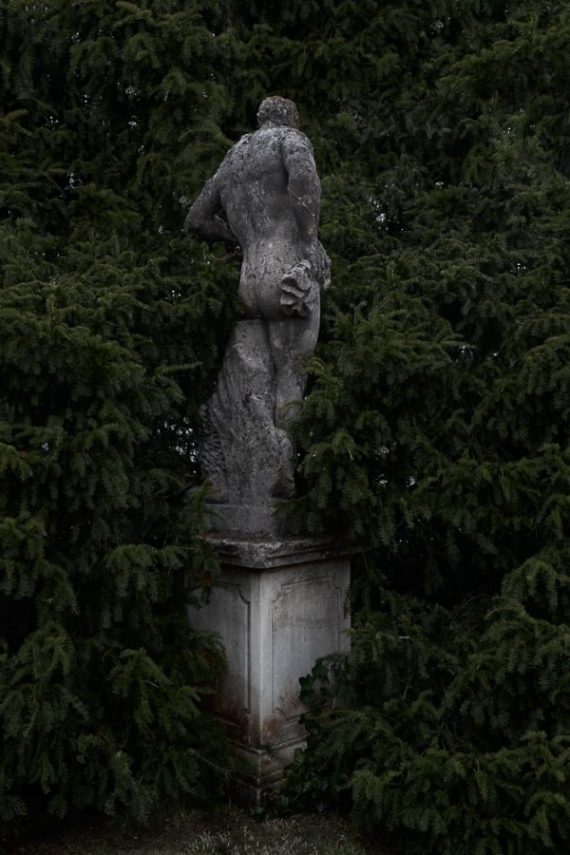 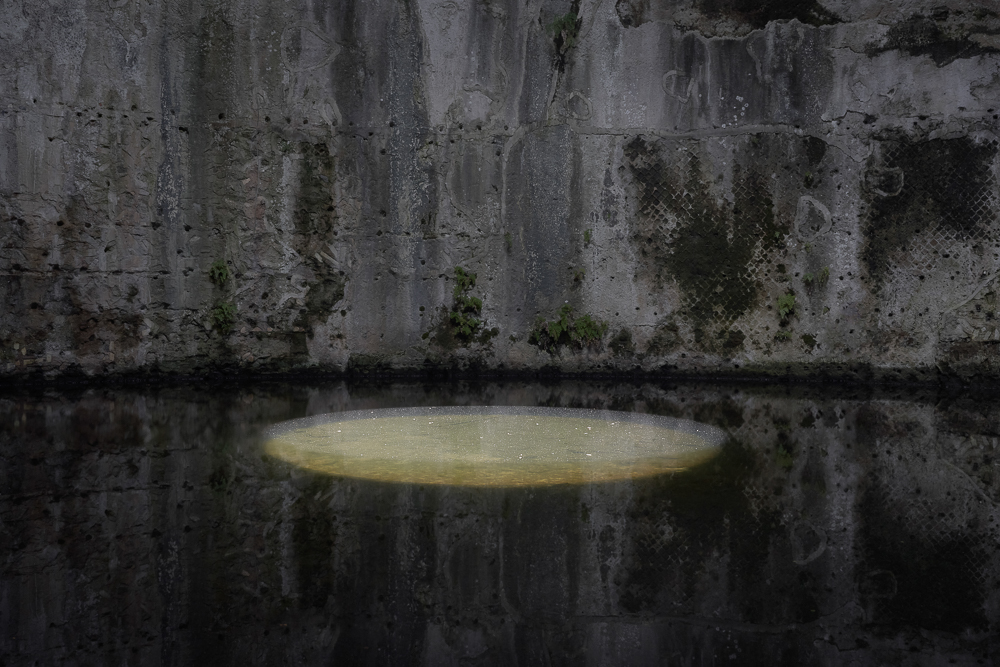 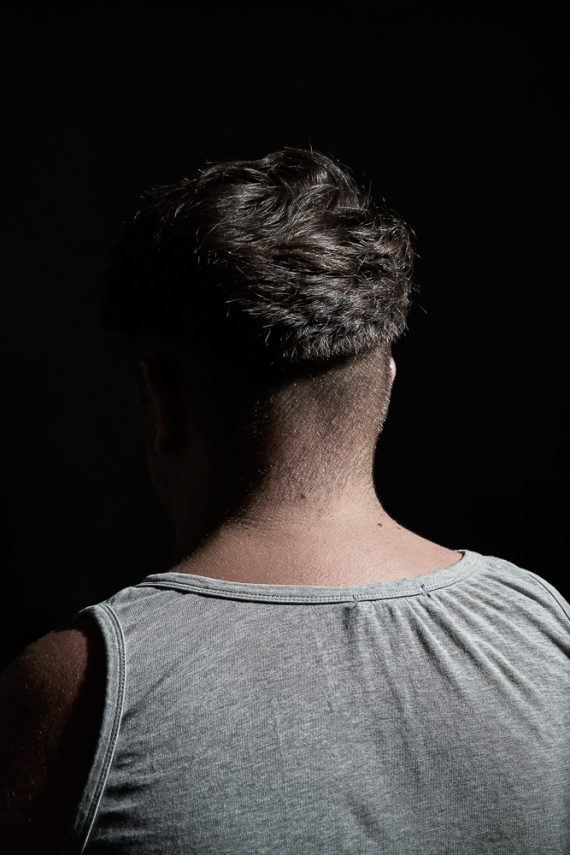 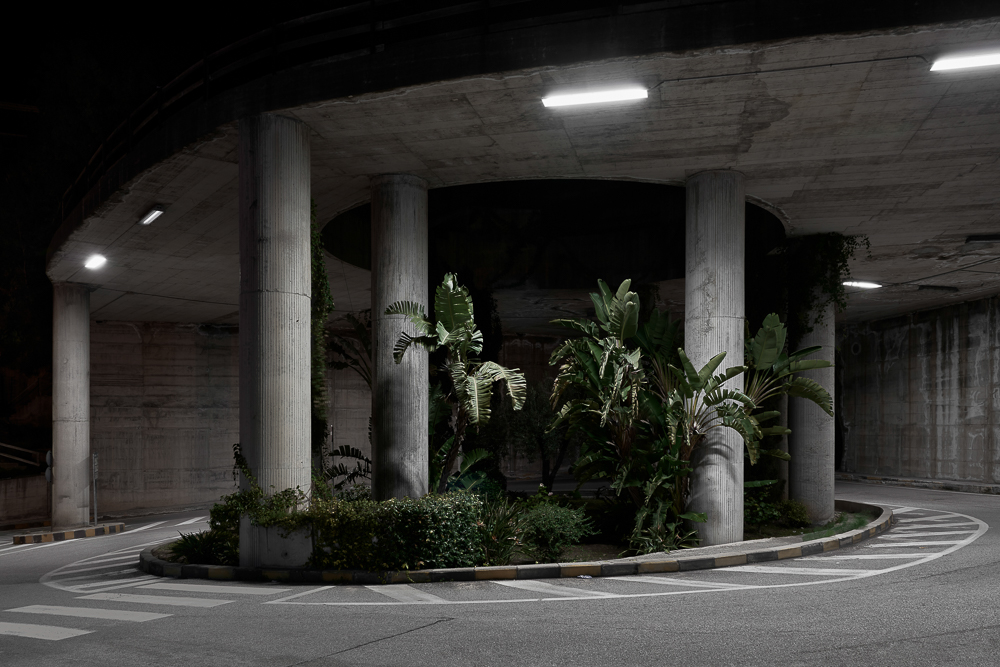 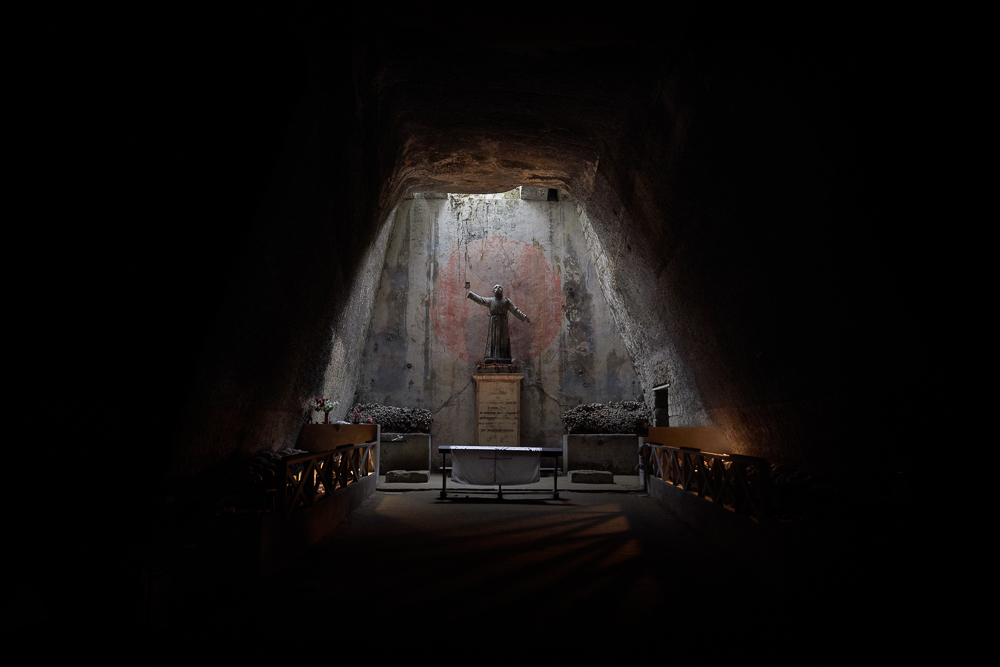 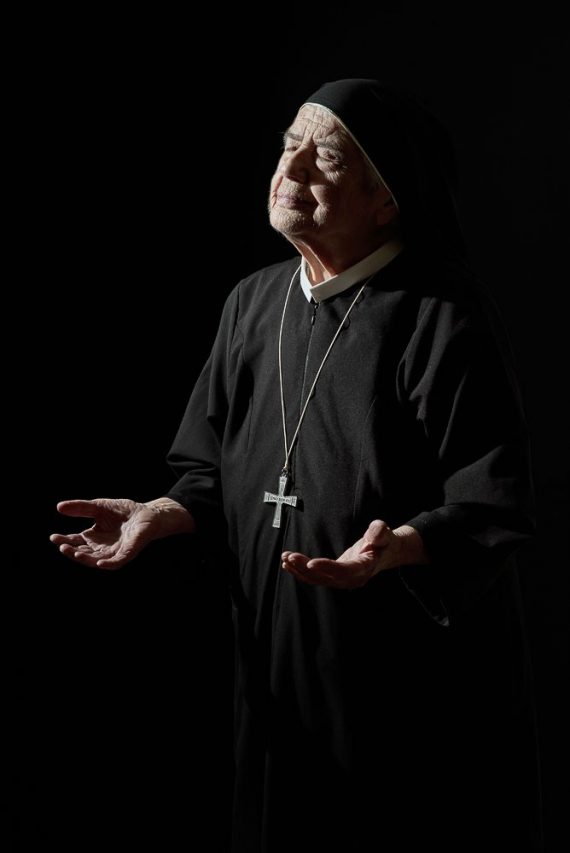 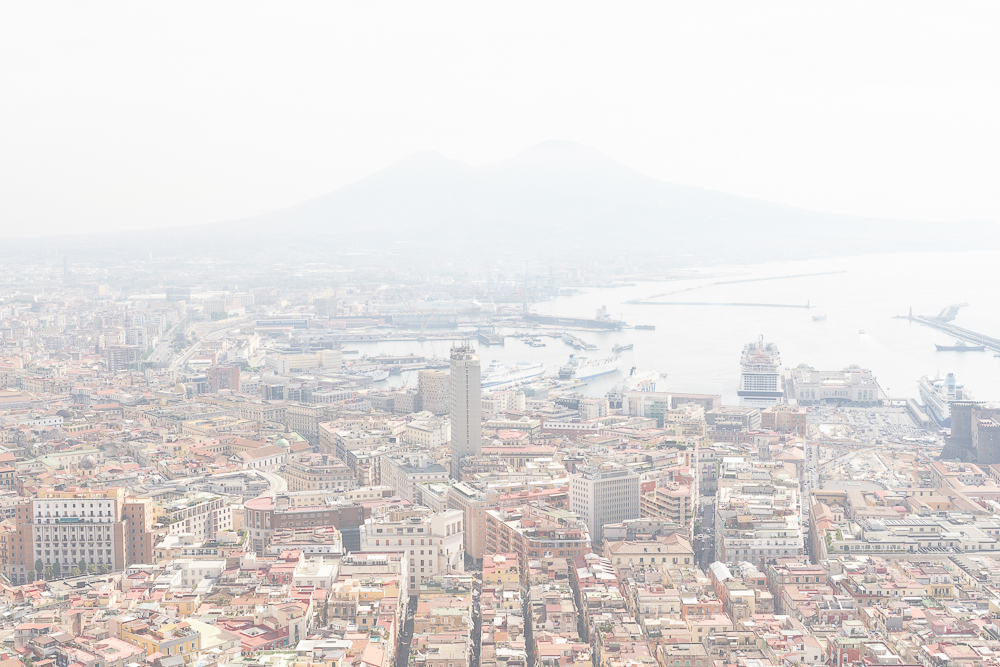 “I am a visual artist based in Paris, creating cinematographic and narrative photography series dealing with human concerns and conditions. My work raises questions about our future, the threats that our civilization is facing, the quest meaning and our relationship with technologies.
I have been awarded the SFR Jeunes Talents Prize (France) in 2013, the Sony World Photography Award (UK) in 2016 and La Bourse du Talent (France) in 2018.
I have published two books together with Poursuite Edition : L’Indifférence Des Étoiles (2016) and Titanic Orchestra (2017).
I am represented by Galerie Intervalle in France and INTHEGALLERY in Denmark.”