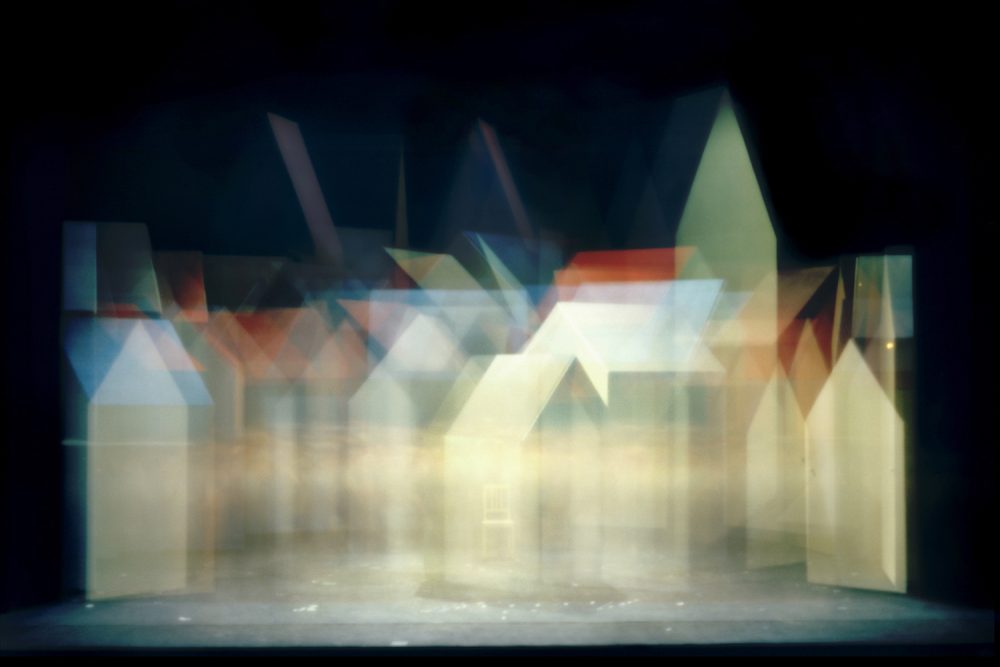 I Believe in Storytelling

It began in the mid-nineties in Bielefeld with a passion for the theatre.  At that time Karen Stuke produced her first theatre images with the aid of a camera obscura.
Naturally such a long exposure does not allow the gestures and facial expressions of singers and actors to be recognised; instead their movements on the stage as well as the position of the protagonists within the course of action are only visible as streaks through almost infinitely superimposed and aggregated traces of movement. Consequently the images are also studies of the factor of time. It remains important for the photographer in the end not to be able to influence time. (Matthias Harder – from  “Opera obscura di Napoli”)

The sleep pictures occupy a surprising place within this oeuvre. Here the photographer has observed herself over the course of a night. Hours pass, and the  camera, set up calmly with opened shutter, gradually captures and stores the impressions of the darkness. Only as dawn arrives does this intimate view end – the day begins. (Gottfried Jäger – from “Die Trilogie der schönen Zeit, oder: Warten macht mir nichts aus!) 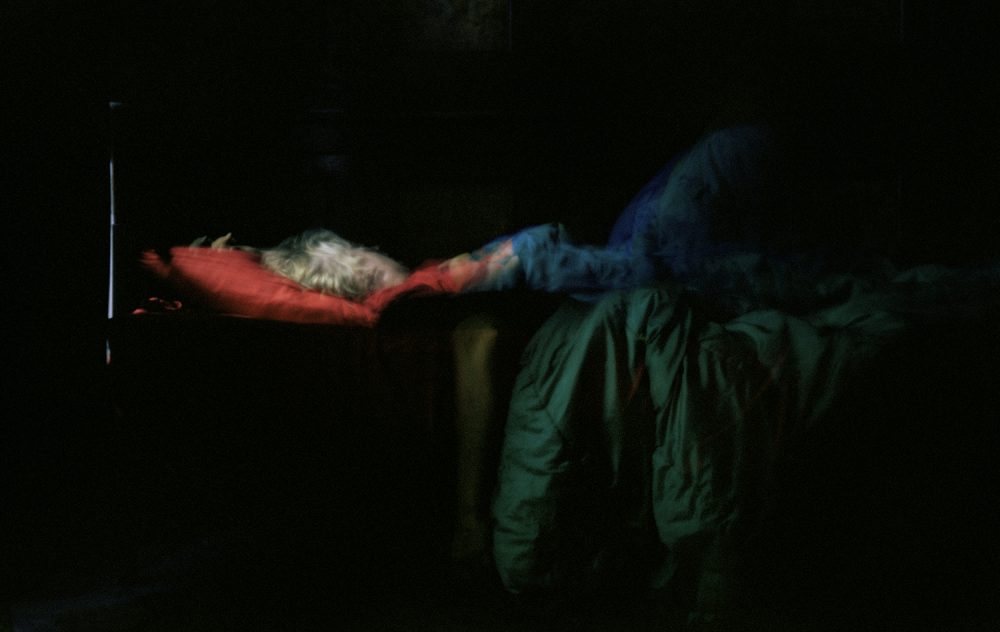 Austerlitz is one of literature’s most haunting meditation on time, loss and retrieval. It tells the story of Jacques Austerlitz, an architectural historian who, aged 5, was sent to England on a Kindertransport and placed with foster parents in Wales. As he rediscovers his past, Austerlitz embarks on a journey through time and space, from mid-20th-century Mitte-Europa to contemporary England : the Prague exhibition halls  from which his mother was deported to the Theresienstadt concentration camp, the railway journey followed by the Kindertransport, his house in Mile End… The resulting photographs, all taken with her handcrafted pinhole camera, are the work of light, time and memory.
Stuke has also devised, in collaboration with Jules Wright, a large-scale installation that brings key elements from the book into a reality where the visitor is an active viewer and listener, delving into the darkest corners of Austerlitz’s memory, and of Europe’s recent history.” (Jules Wright)

While working on the Sebald/Kindertransport series Karen stayed also as an artist in residence at the iconic Hotel Bogota in Berlin. She slept in 45 rooms till the very last day when the Hotel had to close on 23rd of December in 2013

Another project is the the ongoing project on Enrico Caruso’s life. Following and searching his traces brought her also to Albergo Vesuvio. Taking a sleeping photo in the room where he died in 1921.

The different series finally come together and connect. 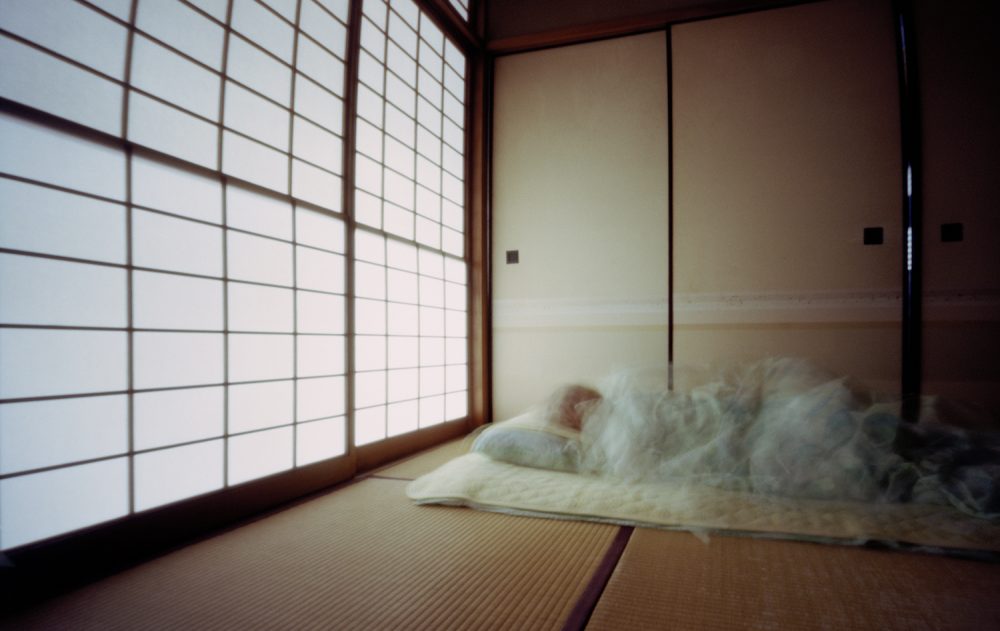 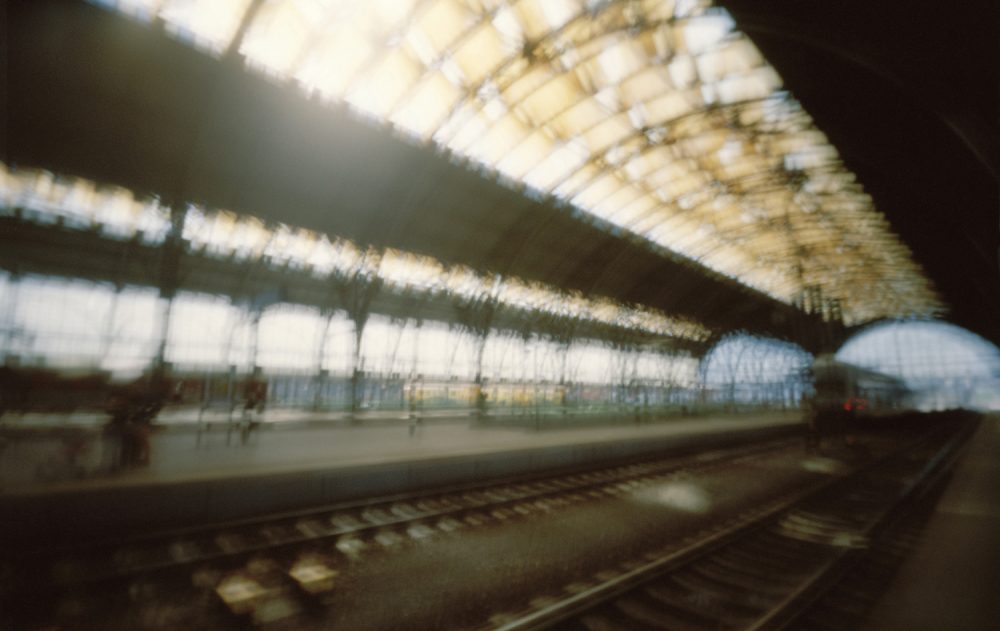 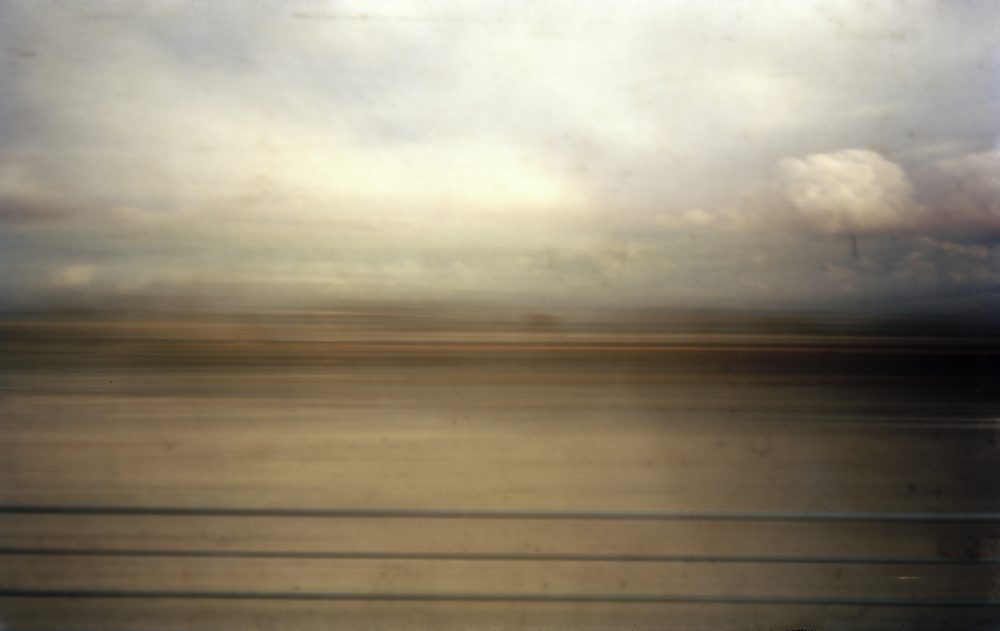 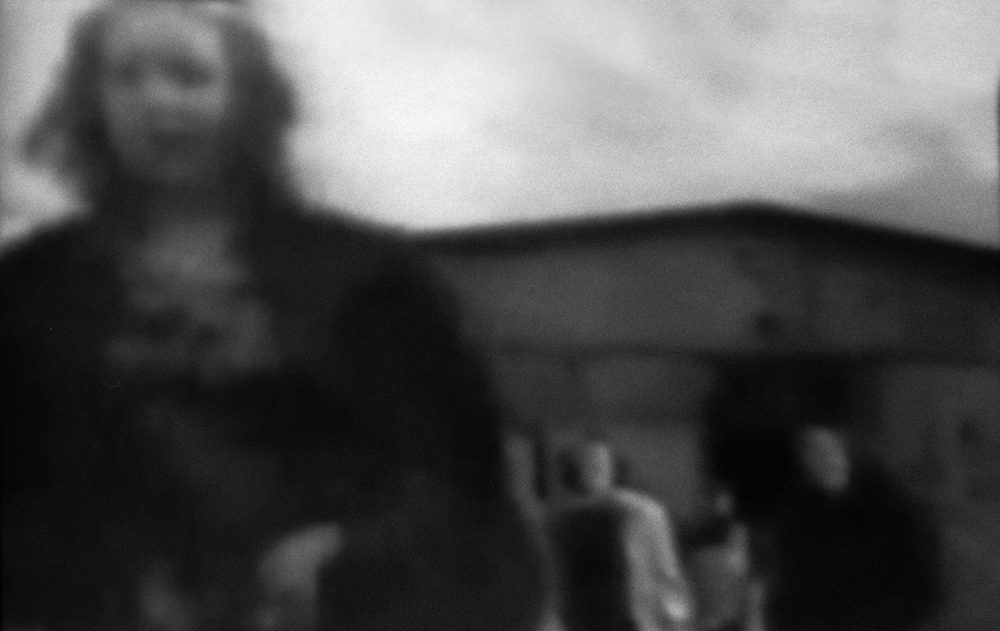 While working on the Sebald/Kindertransport series Karen stayed also as an artist in residence at the iconic Hotel Bogota in Berlin. She slept in the 45 rooms until the very last day, when the Hotel had to close on December 23rd, 2013. © Karen Stuke 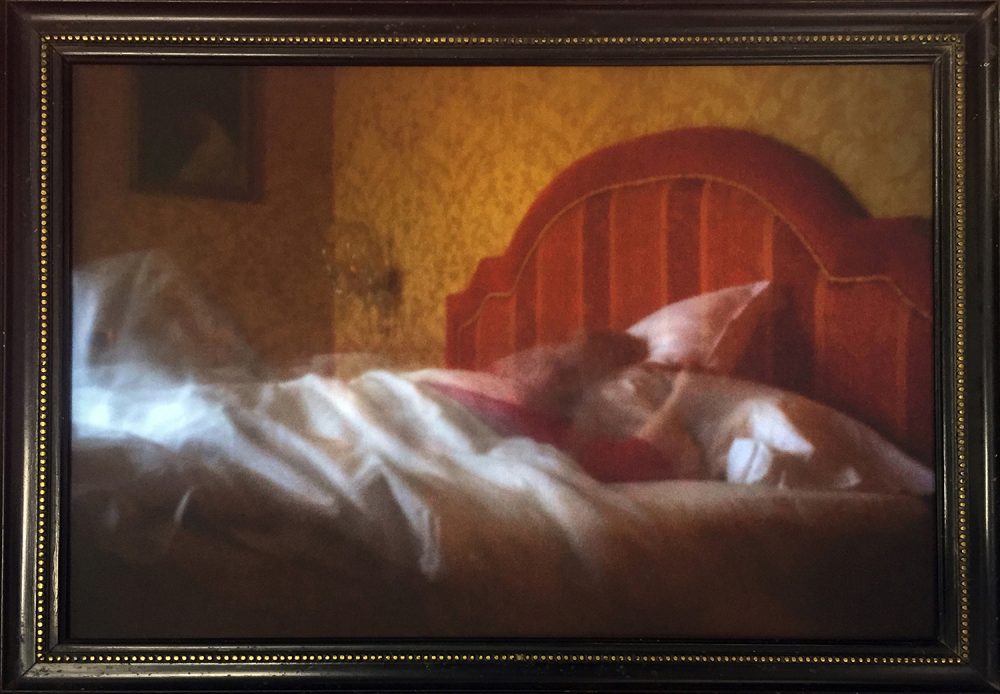 Researching Enrico Caruso's life brought Karen to Albergo Vesuvio, where she took a sleeping photo in the room where he died in 1921. © Karen Stuke

Karen Stuke completed her studies in Photo and Film Design at the Bielefeld University of Applied Sciences and graduated under Gottfried Jäger and Jürgen Heinemann in 1999.
In 1996 she achieved a foreign exchange scholarship for the Academie Minerva in Groningen, the Netherlands.
In 1999, Stuke received a crucial grant from the Arts Foundation of North Rhine-Westphalia.

To this day, she has been working as a freelance photographer for many renowned artists and artistic institutions such as Gottfried Pilz at the Vienna State Opera, Oper Leipzig, Deutsche Oper Berlin, Oper der Stadt Köln, Opéra Comique Paris, and the Los Angeles Opera.

In 2008 she founded her own project space called »Kronenboden« in Berlin, where she focuses primarily on the intersections between visual and performing arts. 2017 Kronenboden was one of the prize winners of the award programme for artistic project spaces and initiatives.