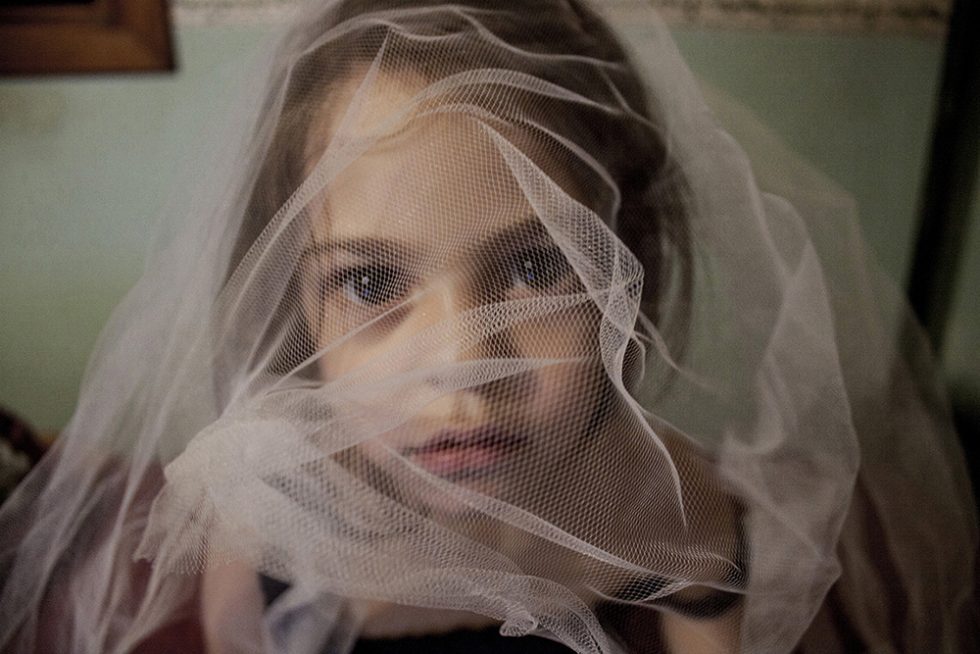 Females, a Sicilian story is a portrait of the women in Mazzola’s family, but it’s broader than that. What started as a personal diary, ended up being a window into the relationships and hidden secrets of women in general. This family sketch touches on all generations and roles. It depicts Sicilian women who are headstrong and temperamental, but at the same time fragile: a complex universe of souls.
Females is a long-term project made up of fragments, intimate scenes, emotional discoveries, moments of calm, quiet and introspection. It bridges the distance between photographer and subject, in silence, on tiptoes. Not only do these images depict the power of these women, but also that of the medium of photography, and its ability to go beneath the surface.
The backdrop is Sicily, represented by interiors, curtains, lace, flowers, light, shadows, bridal veils, summer. By photographing the universe of these women, Mazzola gave shape to her childhood memories and the connections to the women around her. Seasons change, bodies transform, and yet something underneath stands still. (Text Maria Teresa Salvati ) 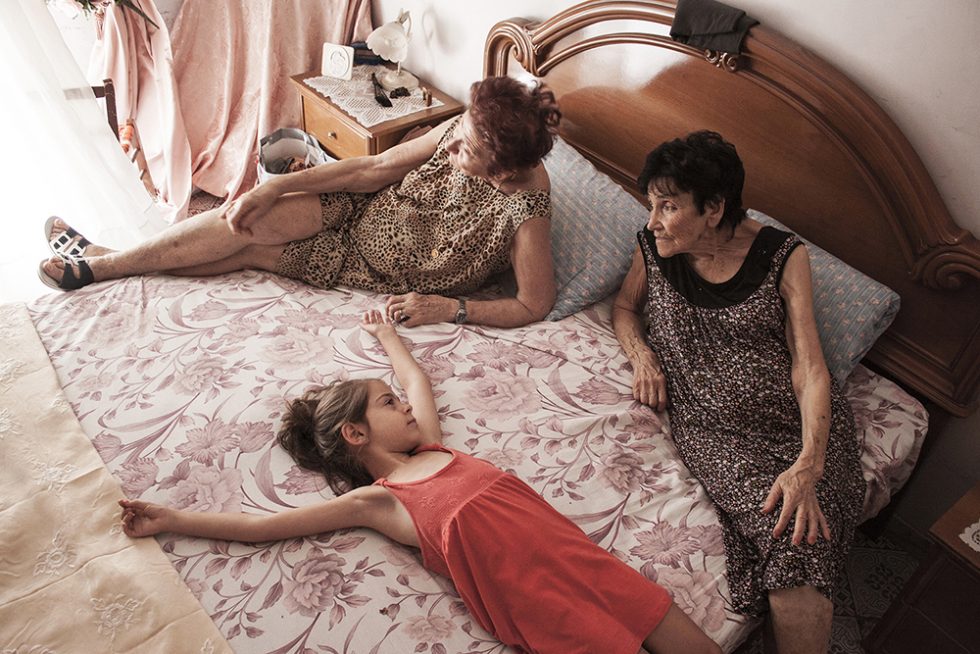 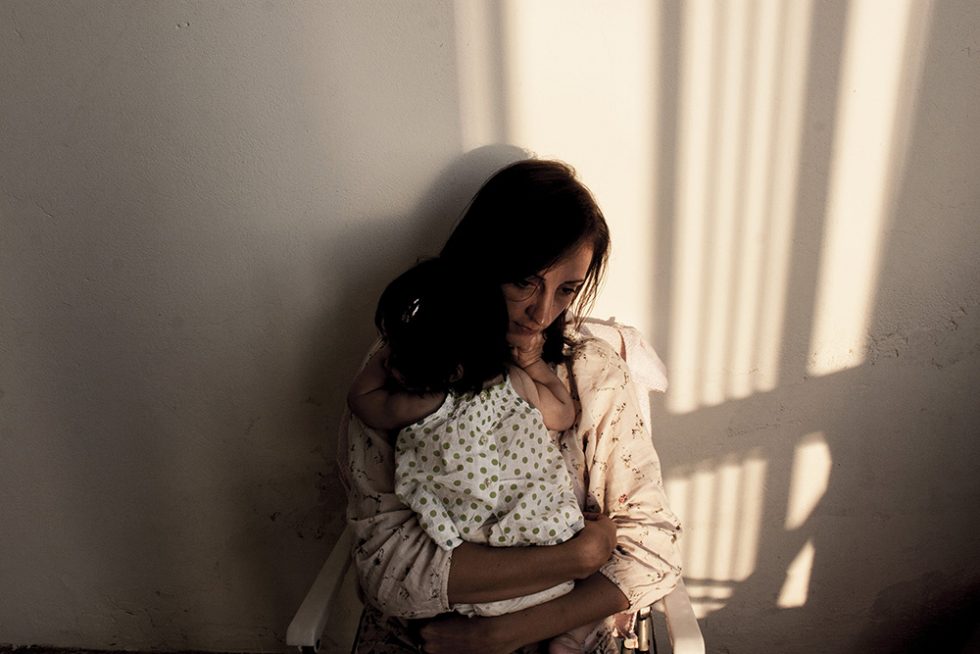 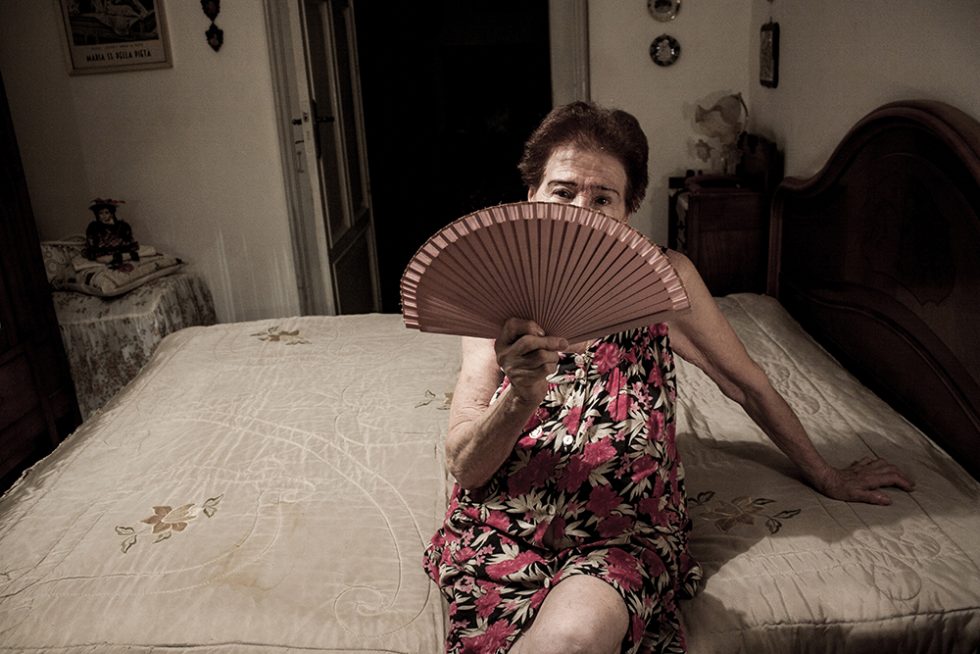 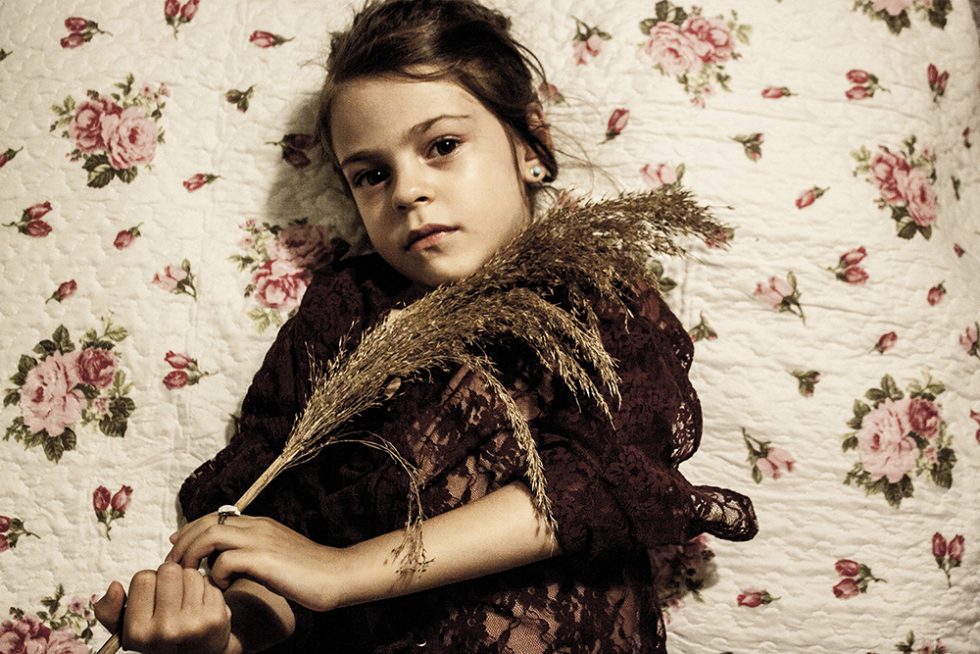 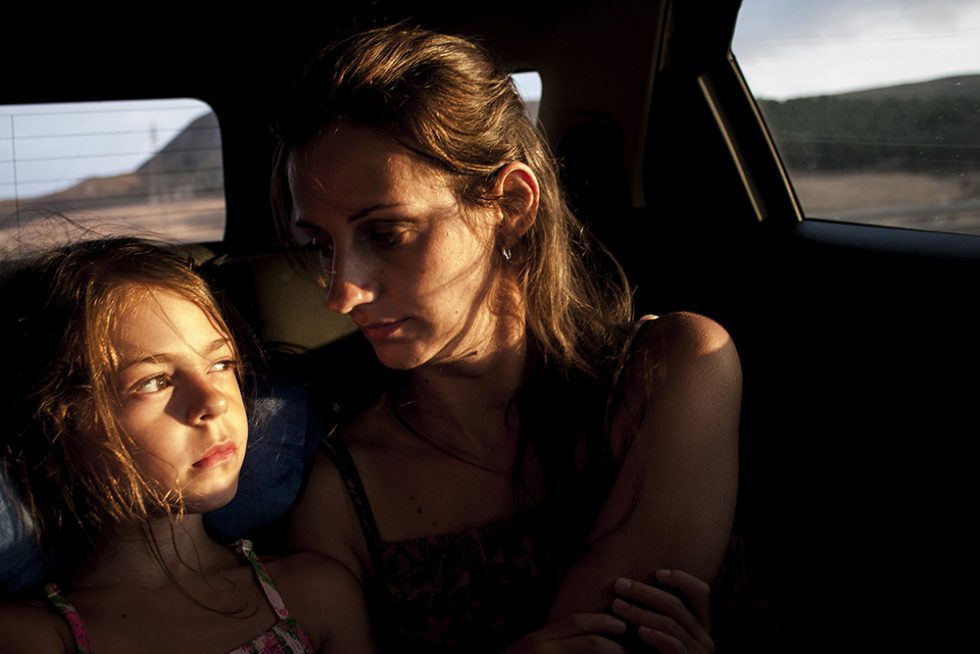 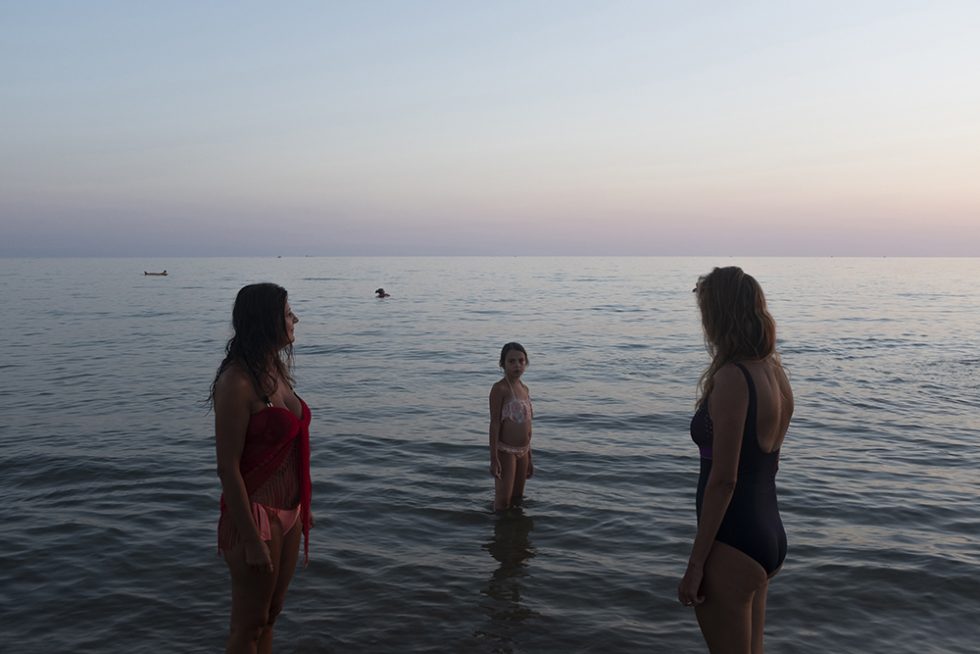 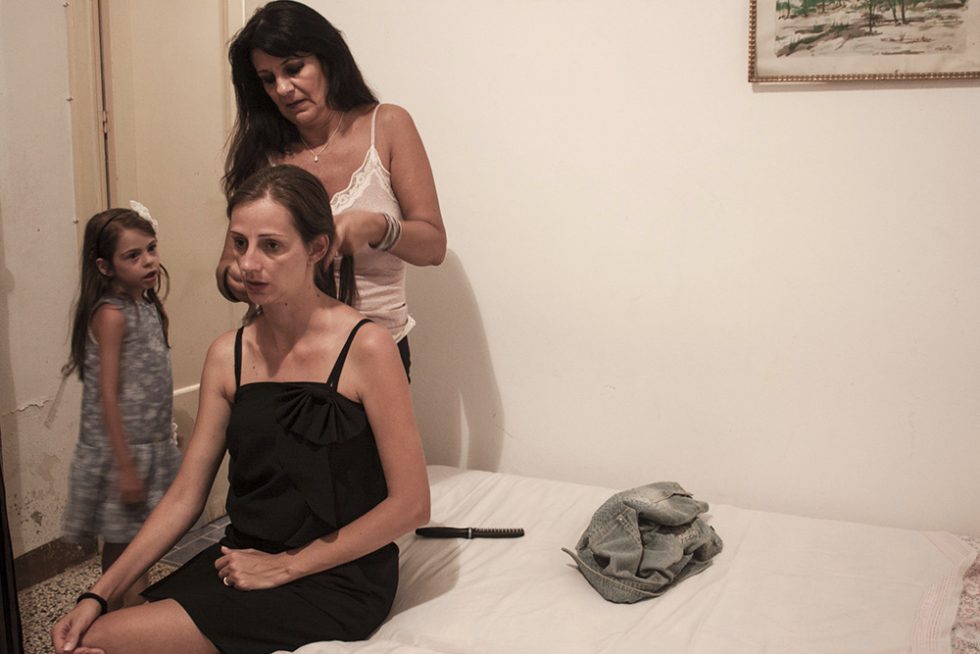 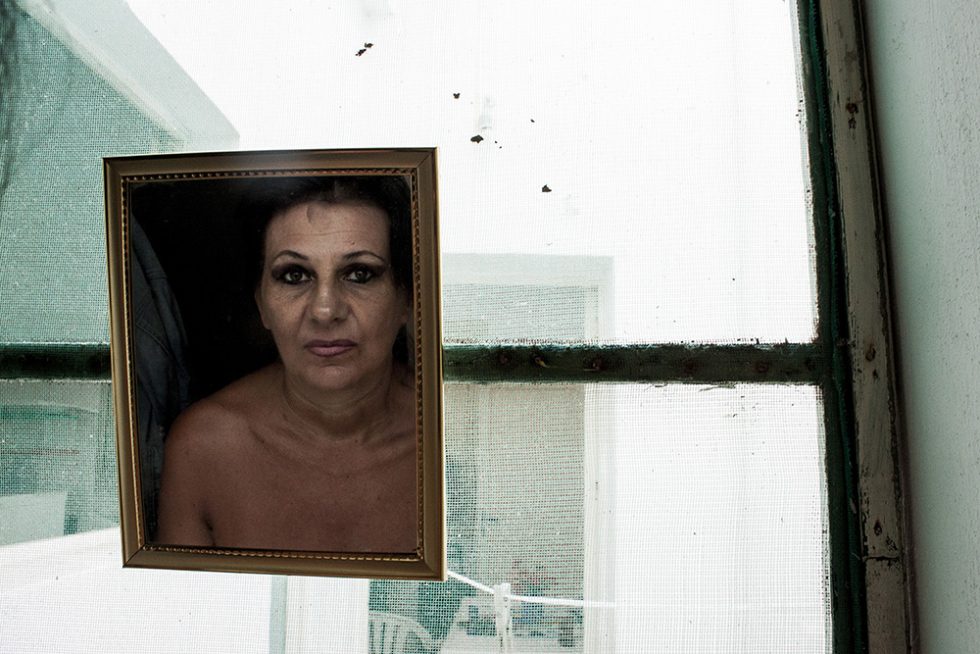 Ornella Mazzola was born in Sicily, near Palermo, in 1984.
She studied at the University of Rome “Cinema-documentary” and “History of Art”.
The subject of her thesis was “Visual Anthropology”: an experimental thesis carried forward together with the documentarist and anthropologist Vittorio De Seta.
She attended a workshop with photojournalist Riccardo Venturi, from which she started a project about love in older ages (partly exposed in the OFF Circuit of “Fotografia Europea Reggio Emilia”, 2015). A photograph of this project was selected as “Commended images 2015” from “Sony World Photography Awards”.
Part of the long-term project “Females”  has been exhibited in “FotoLeggendo 2016” (Officine Fotografiche, Rome) in a collective exhibition.
In 2017 she was one of the winners of  “Slideluck Napoli 2017”. The winning projects have been showed at “Magazzini Fotografici of Naples”.
Personal exhibition “Parada” promoted by the CISS, The House of Cooperation of Palermo. (2017)
In 2018 she was selected by “Officine Fotografiche” for “Female in March” exhibition.
In 2018 solo exhibition in Palermo with “Females” inside the Cripta Chiesa Santa Maria del Piliere, for “Palermo Capital of Culture 2018”.
In 2018 she was part of 18 Explorations, a collective exhibition curated by Benedetta Donato in Palermo, with the young representatives of Sicilian photography (for “Palermo Capital of Culture 2018”).
In 2019, she is a finalist of Lens Culture Portrait Award 2019.
In 2020 she is winner of the competition promoted for the exhibition of the photojournalist Letizia Battaglia in Milan (Palazzo Reale).
In 2020 she participates in the collective project COVISIONI: supported by the agency Luz. 40 photographers from all over Italy tell the country from north to south during coronavirus-time for a year.
In 2020 part of  “Females”  is selected during IMP Festival – International Month of Photojournalism promoted by Italy Photo Award for taking part in The Italian Collection 2020. Selected by Manila Camarini, photoeditor DRepubblica.
In 2020 she is a finalist in the  “Marco Pesaresi” competition with “Congo”.
She is among the authors selected for the edition of “Mediterraneo fotografia 2020”.
In 2020 she is part of the “Palermo Beellissima” editorial project curated by the photojournalist Letizia Battaglia for the “International Center of Photography in Palermo”