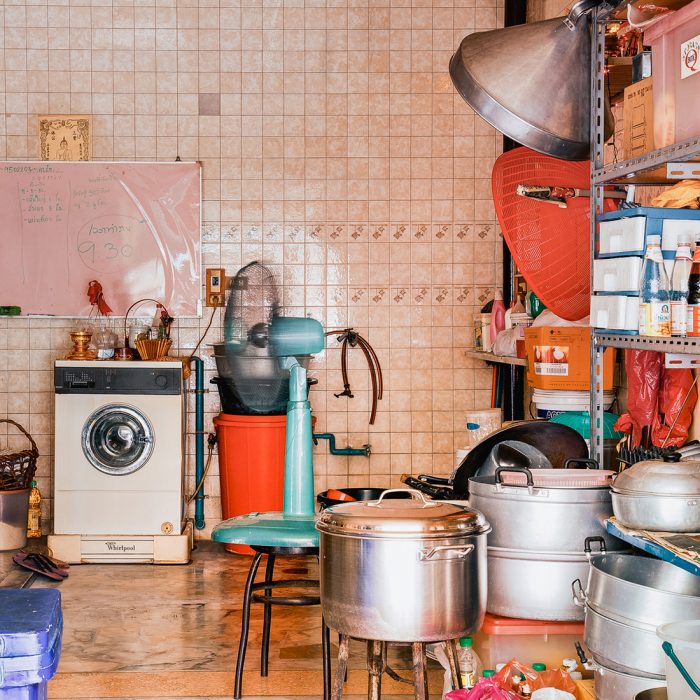 Peter Nitsch’s photographs show a living space collection. Buzzing honeycombs in the humming megacity. Bangkok as a beehive.
He didn’t seek something staged that could be rehashed as art, but, in the true sense of the word, arrangements that have developed from the necessities of everyday life and work. Services and commodities fill the own three walls – and the fourth presents a showcase view to the outside world.
Dictated by limited amount of space, the honeycombs are filled with a conglomeration of stacked, cheap objects like archaeological excavation profiles of neediness and fashion, sowing and washing machines, dinner and work table, children’s corner and sleeping accommodation, personal memento and religious prayer corner, spare part and food store.

With the selection of his perspectives, Peter Nitsch proves to be a director who is sensitive to our visual curiosity and our European knowledge, half-knowledge or lack of knowledge concerning this cultural group. He abstains from trying to create sensational angles of vision in the knowledge that what we see inspires a great fascination within us, and that the images themselves require no further frills.
He doesn’t select details, which would force themselves to the forefront of the pictures as interpretations. He allows the walls to provide borders for his photos. Life takes place between them.
He consequently provides the observer a great level of freedom: The observer is drawn in at eye level. We are able to take in the scene at our own leisure – not to have to take the furtive glances of a tourist, ever thoughtful not to fall into a mentality trap, hardly daring to indulge in the visual pleasure of the exotic scene. We are given time to take a deep, satisfying look and immerse ourselves in the rich colours, the confusion of cheap junk and traditional treasures, the clever forms of self-marketing and idiosyncratic living arrangements.

In Nitsch’s photos, the visual appearance creates an almost physical sensation of constriction, which is followed by an ever-present awareness of improvisation. One bumps one’s western elbows against the seamless transitions between the breadwinning, commercial or service providing products and our own carefully preserved sphere of personal privacy.

And he keeps us at a distance. He is familiar with the people, their culture, their attitude towards life, and he safeguards them from exposure. Many of the shophouses are devoid of people, but show no indication of loneliness. The residents are simply not present at the moment, out drinking a tea or chatting with the proprietor of the neighbouring shop. The few who we do see are captured in blurred motion, they seem to have no time, couldn’t care less about the observer – or they seem to look back calmly.
Thus, Peter Nitsch manages to keep a balance of intimacy and behind the curtain views, which tell a thousand enchanting tales, yet he simultaneously insists on maintaining a distance in order to preserve everyone’s dignity: Both the observer and the observed. 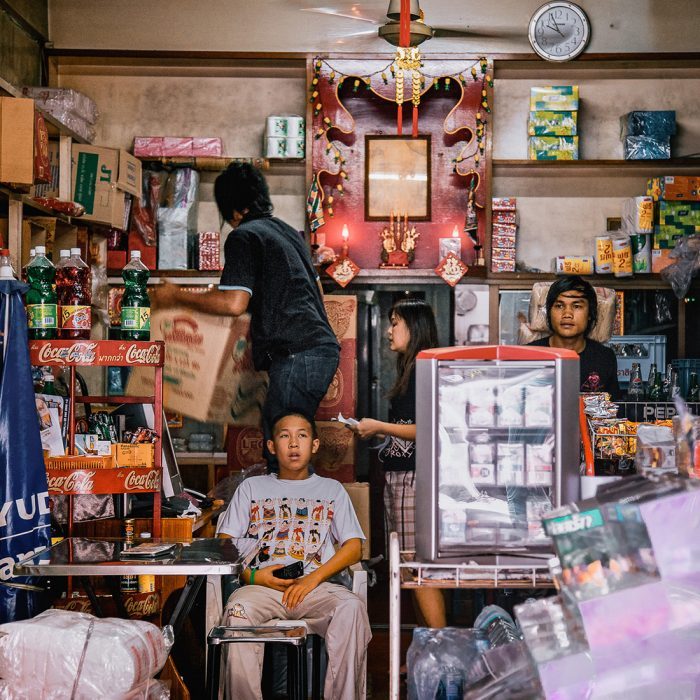 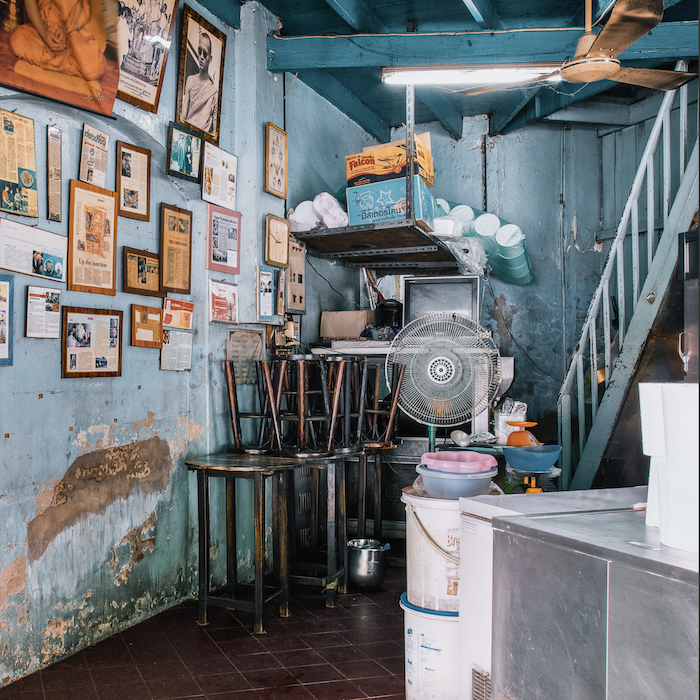 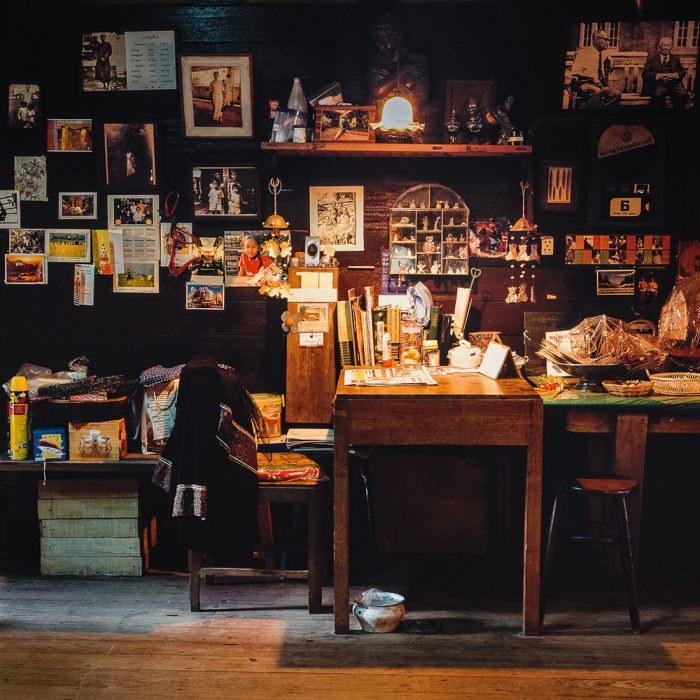 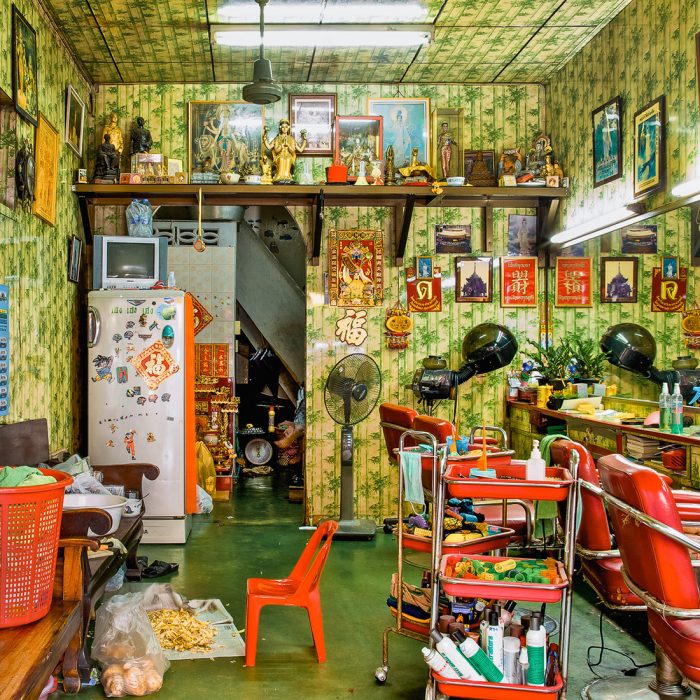 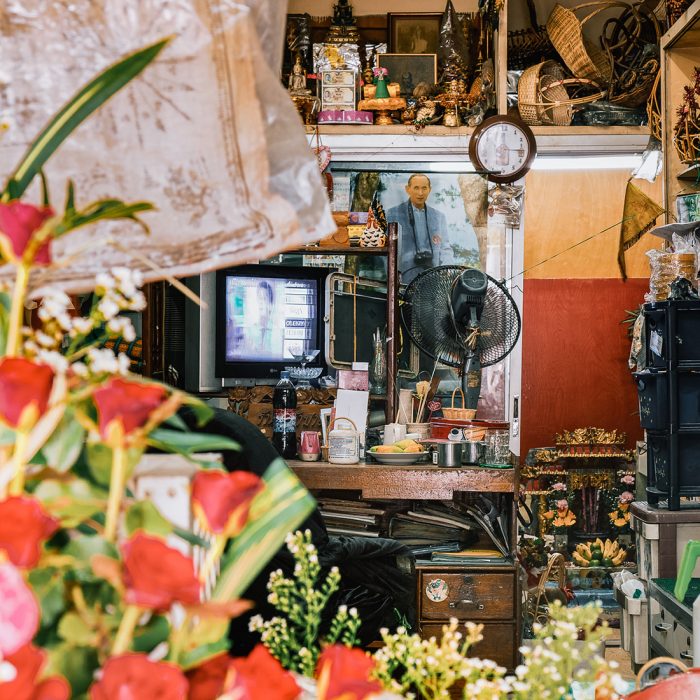 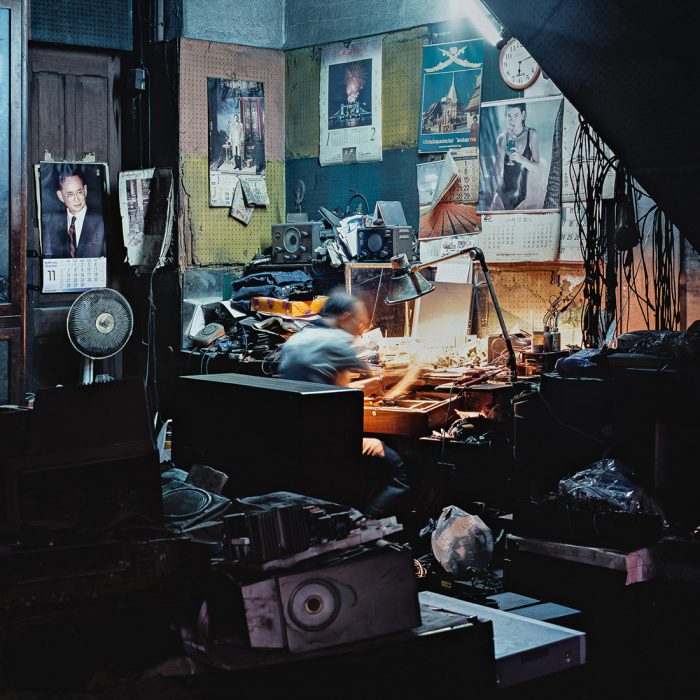 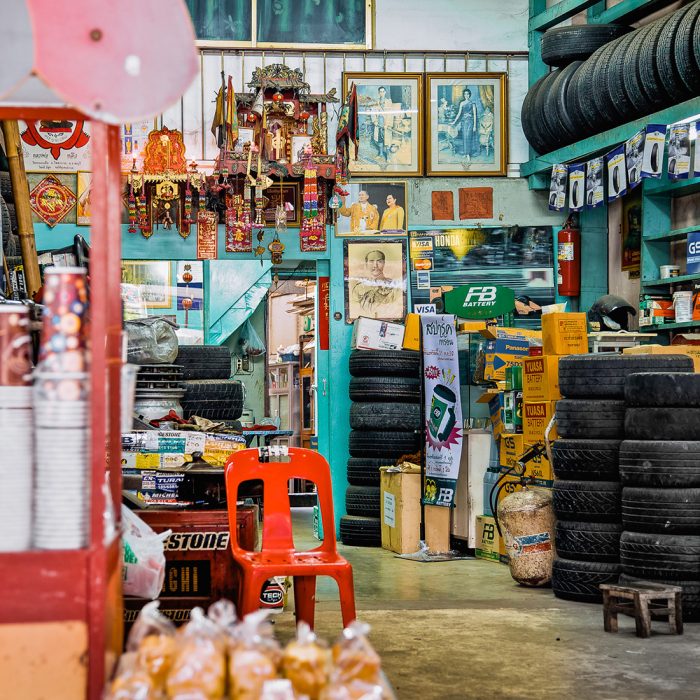 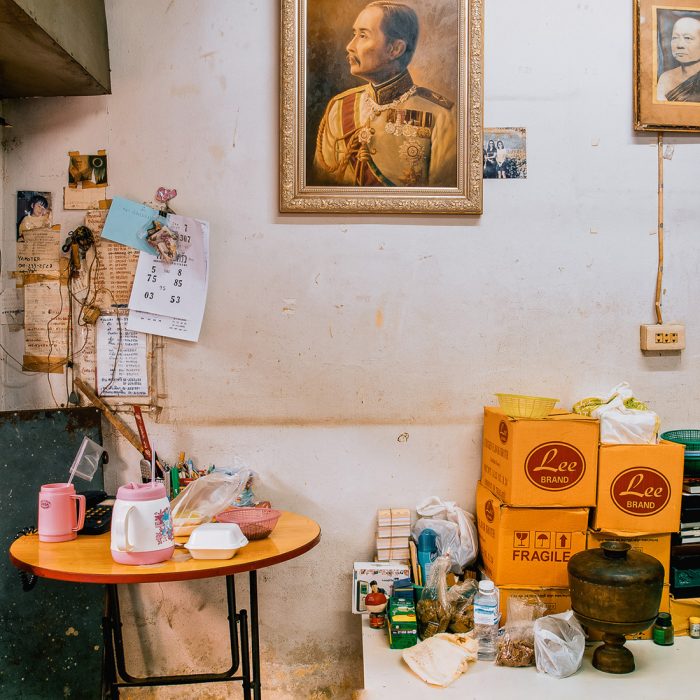 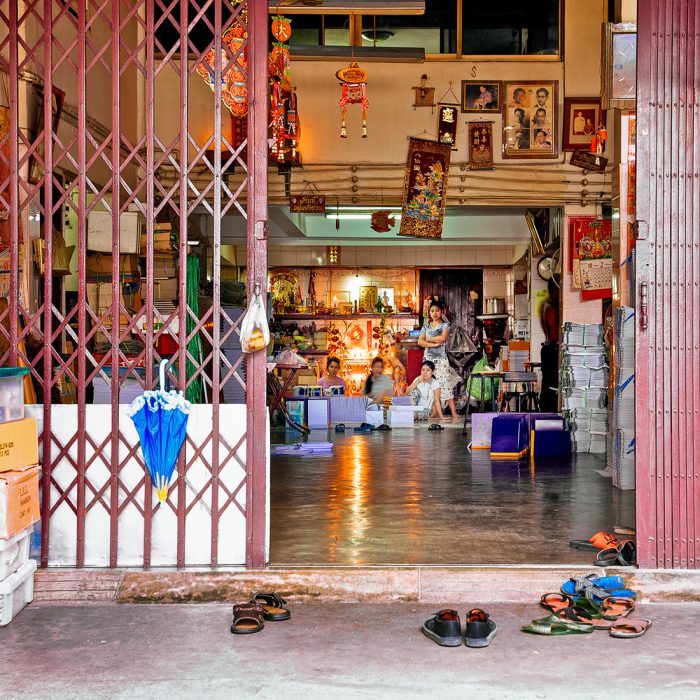 Peter Nitsch’s background is located back in the late eighties of the German Skater scene. He studied communication design in Munich, to later graduate as designer from the University of Munich, department of design (specializing in motion design). As on air designer he worked for clients such as Universal Studios, ProSieben, 13th Street, SciFi Channel and United Nations. After that period of time, he returned to concentrate to work on corporate design and photography.

Nitsch has also been a contributor to The SIP (Shpilman Institute for Photography), a research institute that aspires to open debate creative work in the field of photography. Nitsch has won several international awards both as designer (New York Festival, BDA…) and photographer (Los Angeles International Photography Award, Hasselblad Masters semifinalist…). He is co-founder of the ‘Playboard Magazine‘, ‘RUPA‘ and the former culture blog ‘get addicted to…‘.

In 2020 Nitsch became a life time member of The Royal Photographic Society of Thailand.