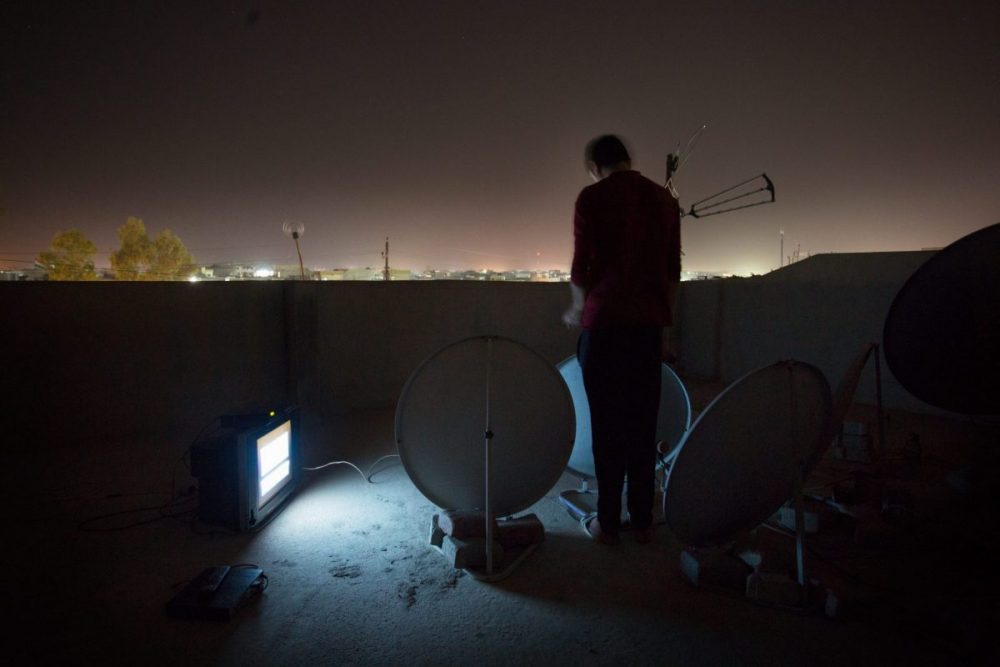 Mohamed is trying to bring his satellite’s signal back, as he does not use the digital dish satellite anymore due to lack of electricity. ©Rahman Hassani

Light in the Darkest Place

This project examines the current electricity crisis situation in Iraq, after experiencing long-term unsolicited wars in the past decades.
Nowadays, apart from the other ominous problems facing Iraq’s society such as, ISIS, corruption, deprivation and the internal local wars between different religious groups, one of the most critical country’s problems is electricity. It has been one the weakest spots of Iraq’s infrastructure for a long time and has become the most difficult problem that Iraq’s nation and its government have to face.
Over the past decades, as a consequence of poor electricity supply, protests of desperate customers have been held throughout Iraq’s territory and has put a tremendous political pressure on the central government to solve the problem immediately. 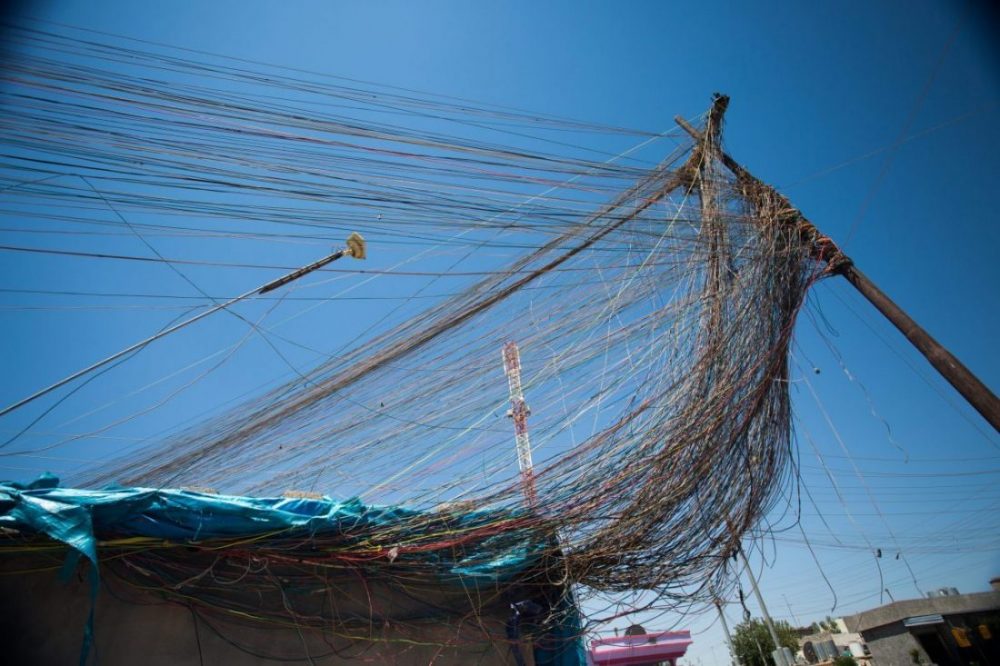 An electrical poll holding a myriad of hideous mass cables entangled together between a local generator and houses. © Rahman Hassani 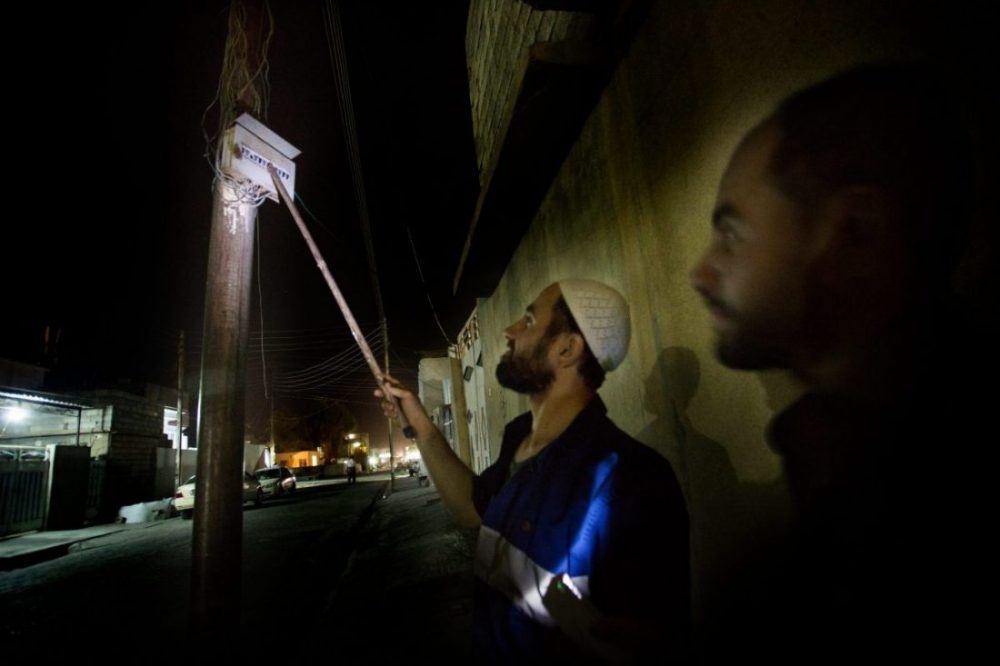 A Kurdish man tries to turn the electricity’s fuse on to get electricity from their local generator, as the national electricity is not available anymore. Each family must do the same process every day and frequently. © Rahman Hassani 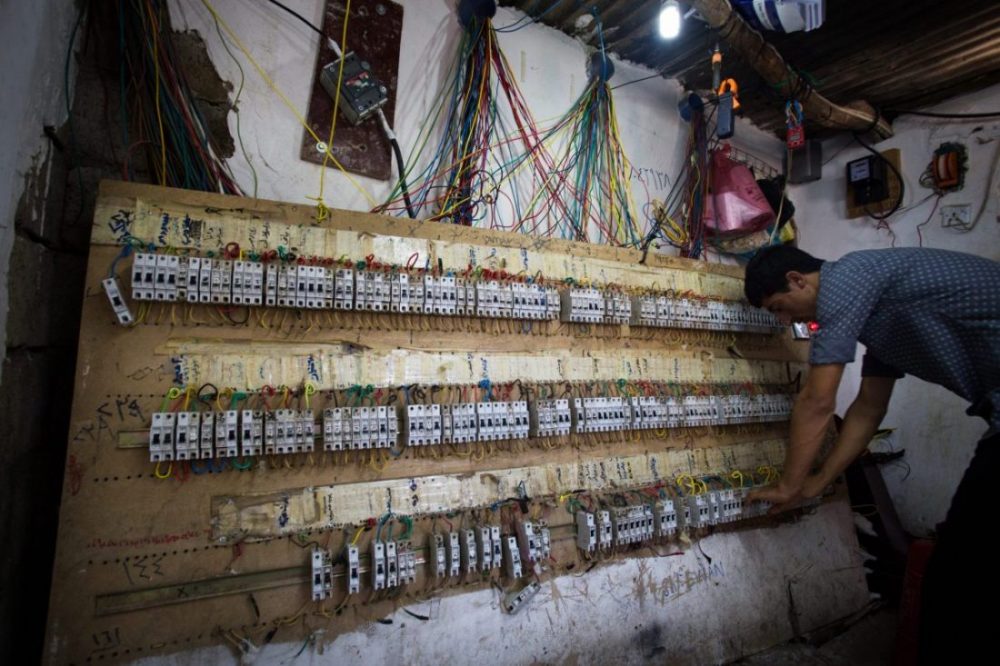 Each local generator has one of this huge handmade fuse tables. Each fuse belongs to one family and there is a written owner’s name close to it. An operator turns all of them on or off to supply electricity to neighbourhoods. © Rahman Hassani 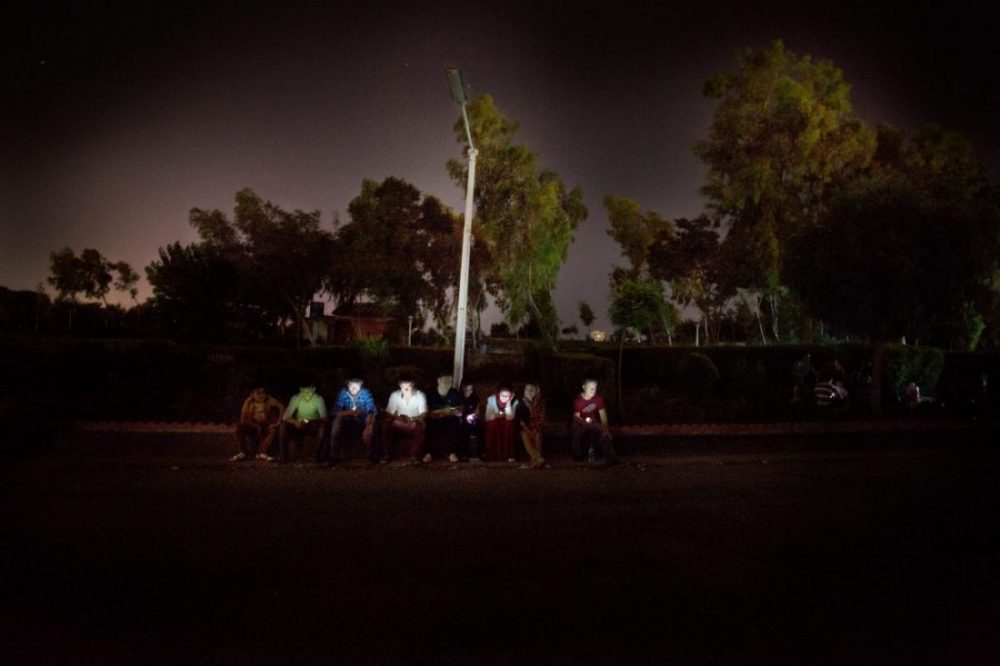 A group of Kurdish young people sitting in a dark park, playing with their mobile phones. © Rahman Hassani 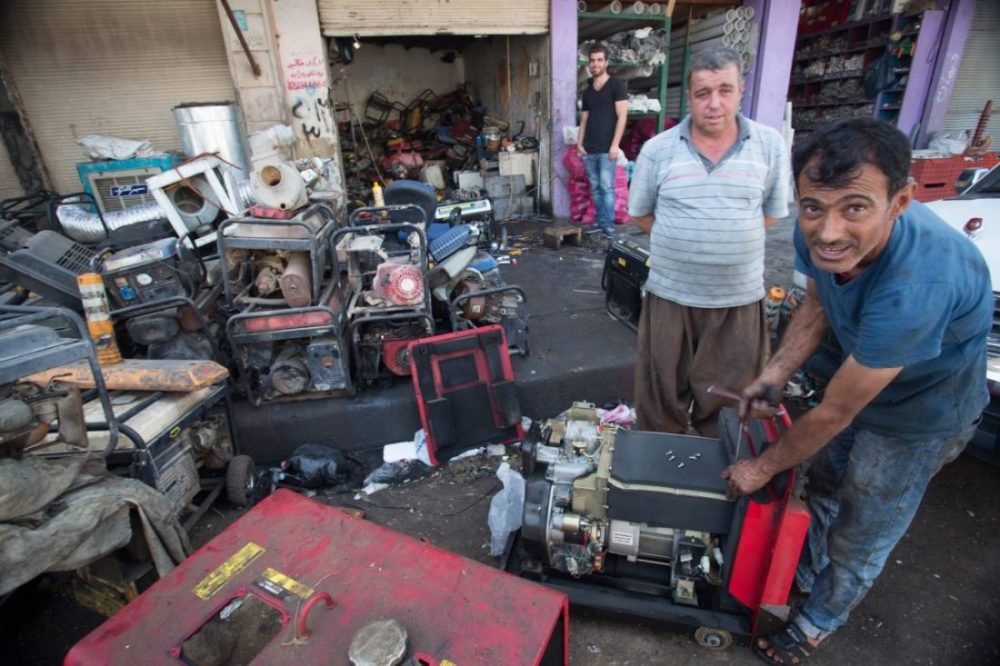 Local people seen in a local generator repair centre in Erbil, people spend lots of money to the maintenance of their domestic generator. © Rahman Hassani 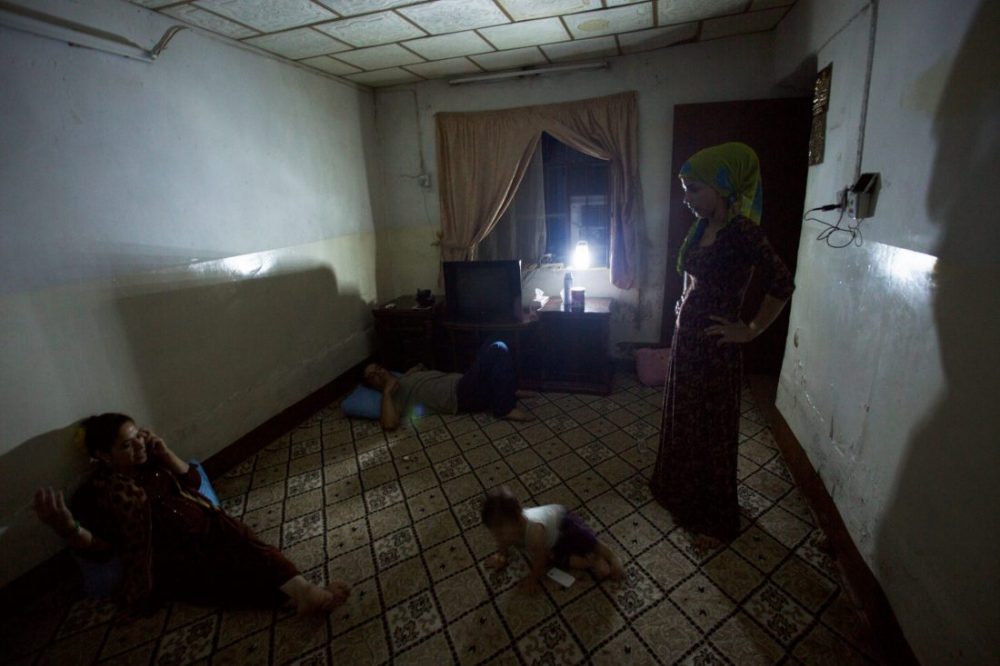 A poor family during their rest time at night is using a chargeable torch as a result of the electricity cuts. © Rahman Hassani 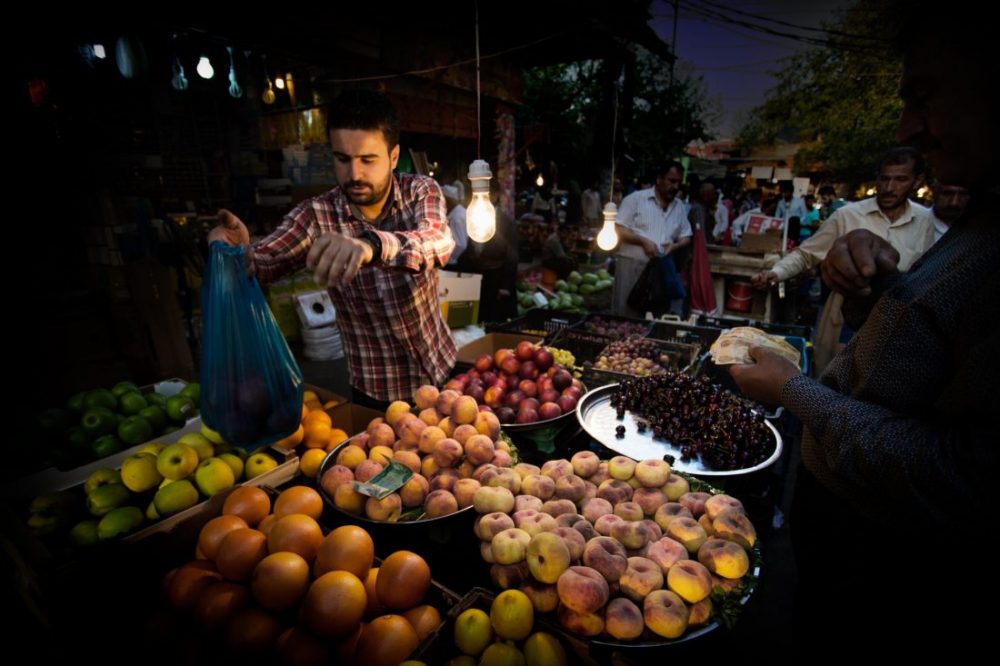 Solenmaniya. A young man relies on a small generator as a source of light while selling fruit on the street. © Rahman Hassani

A teenager seen working in a private local generator during the day to support his family because unemployment is very high. © Rahman Hassani

Rahman Hassani is a freelance photojournalist, artist and graphic designer based in London. He worked on many social and humanitarian reportages.

He started his career as a photographer and graphic designer in the west of Iran (Kurdistan). Since 2004, while based in Iranian Kurdistan, his photographs have reported the poverty and discrimination issues among Kurdish people in Iraq and Iran.

He completed his BA of Graphic Design at the UCNA University of Tabriz in 2007. After he got his degree, he moved to the Iraqi Kurdistan, in Erbil where he worked as a freelance photographer and graphic designer for the coming two years, working for many local newspapers and photo agencies.

Taw Magazine, Galyar Advertisement magazine and etc.His works have been shown in several photography exhibitions both in the Middle East and in Europe.