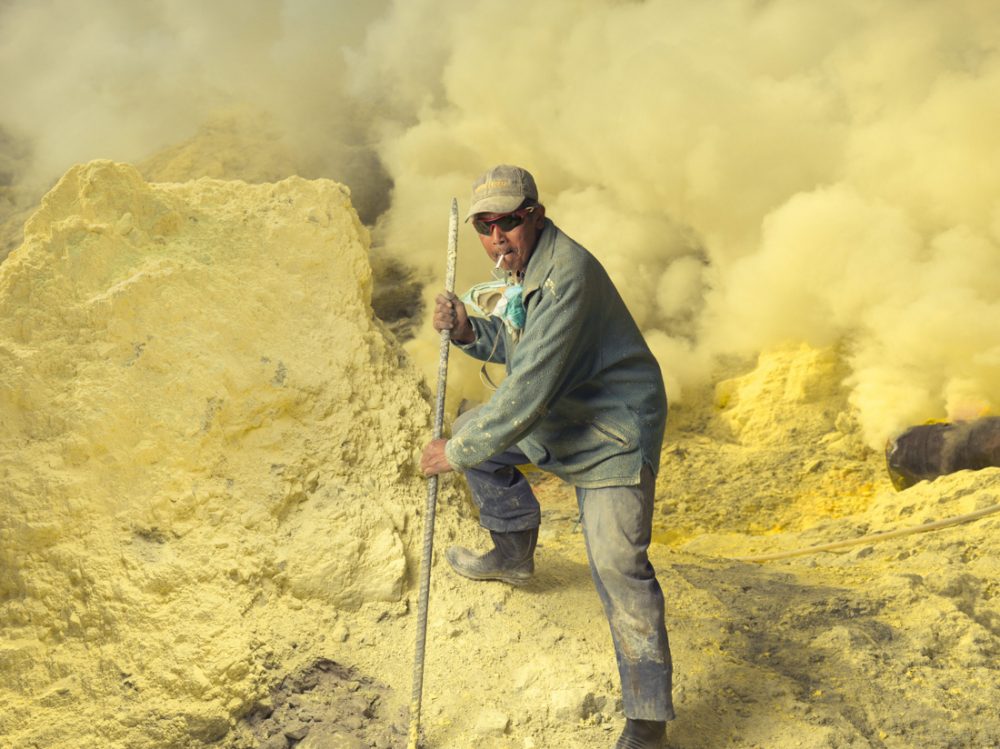 Since 2013, Roman Jehanno has been travelling the world to discover and report on people with a very peculiar savoir-faire. He has met hundreds of artisans, artists and workers from places as diverse as Japan, South-Africa, Lapland, the United States, Peru, France and Indonesia.
Here in East Java, just a few hours drive from the capital Surabaya, is a volcano containing the largest acidic lake in the world. On the shore of this lake is an open pit sulfur mine where 300 miners work. To mine the sulfur they have to walk 4km up to the edge of the volcano and then down to the lake. All the sulfuric gas rising from the depths of the volcano is channeled through pipes that the workers cool with water so that the gas liquifies and turns into rock. They work for hours to fill two baskets with rock. The load weighs 70-90 kg. Many of the workers make two trips a day in exchange for 10€. They usually work for two weeks and then rest for two weeks. Their life expectancy is just 40 years. In 2016, Roman met 12 of these Indonesian miners and shot their portraits. 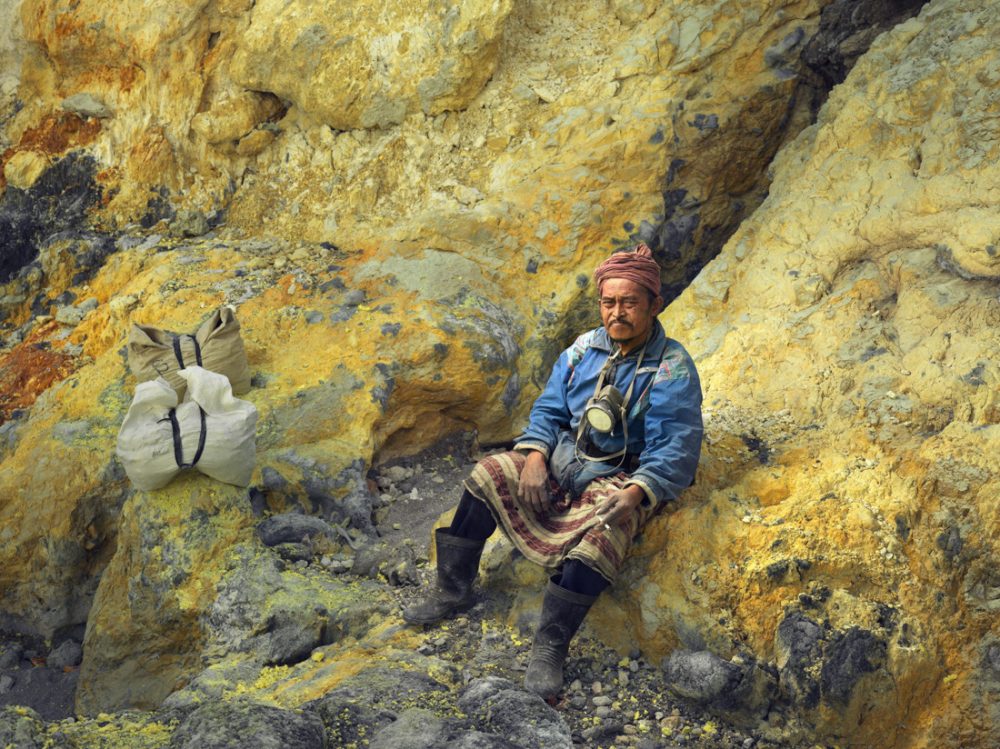 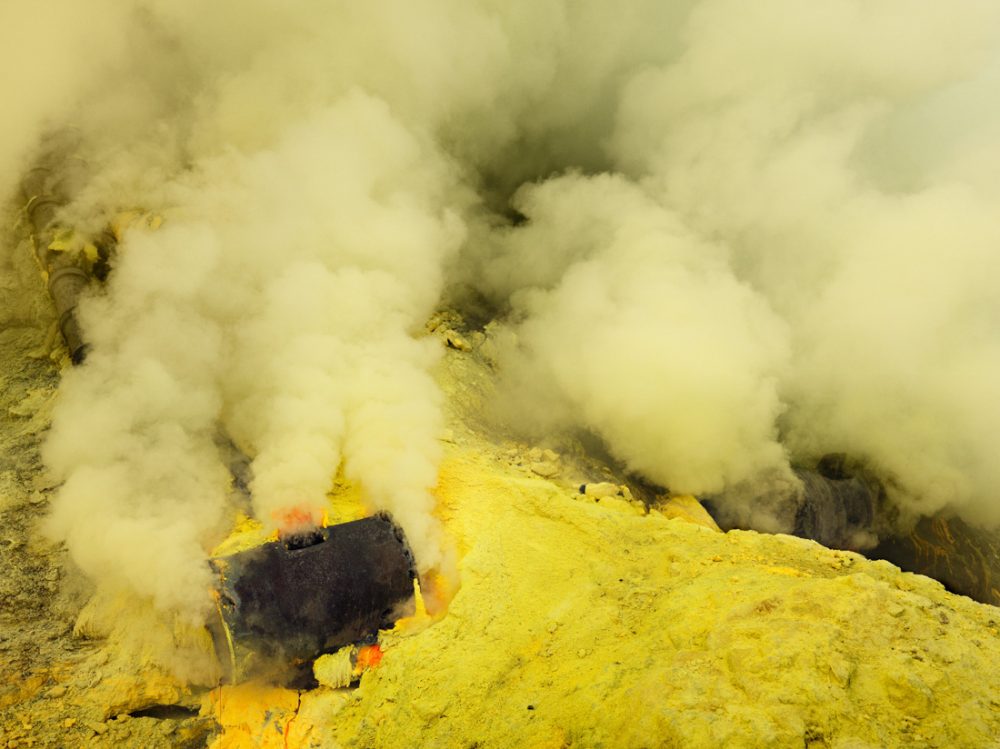 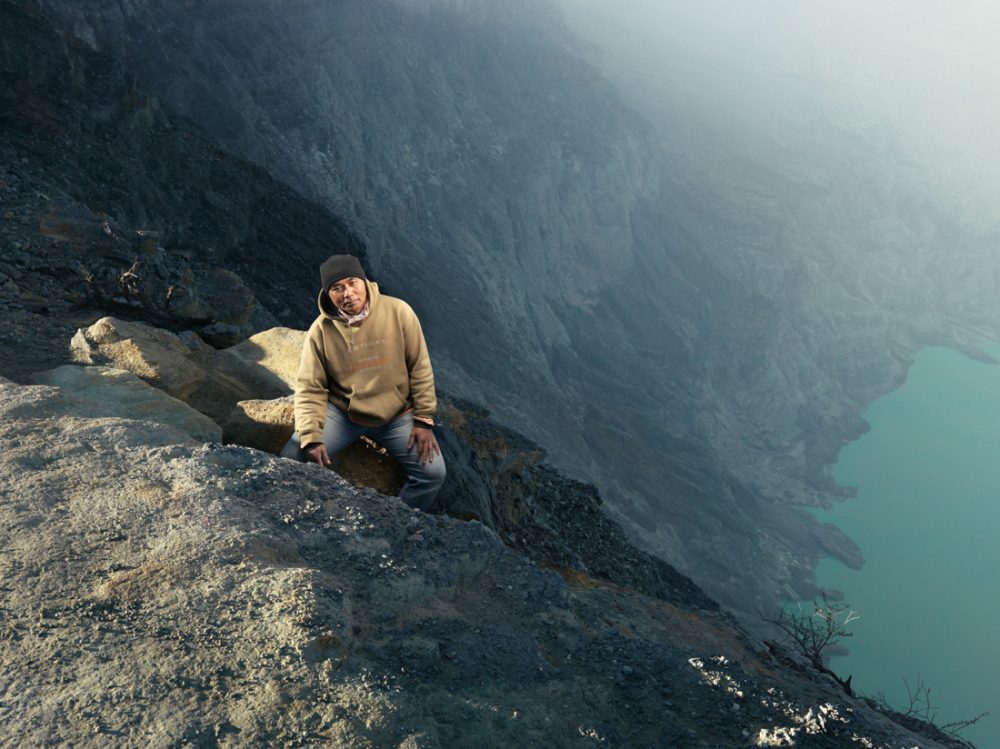 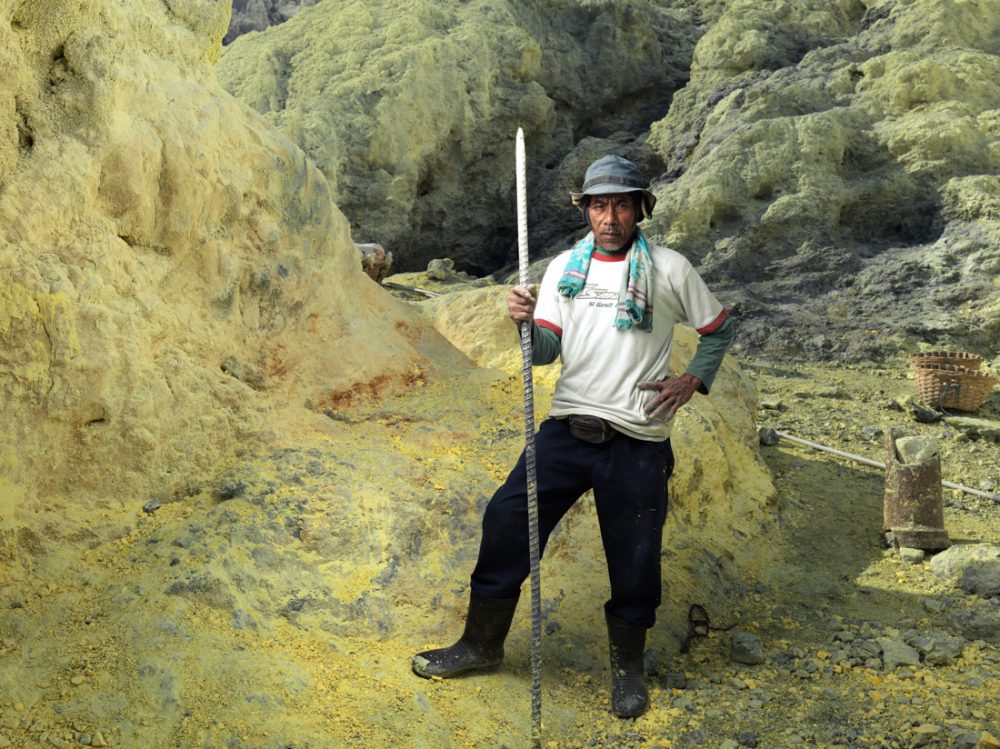 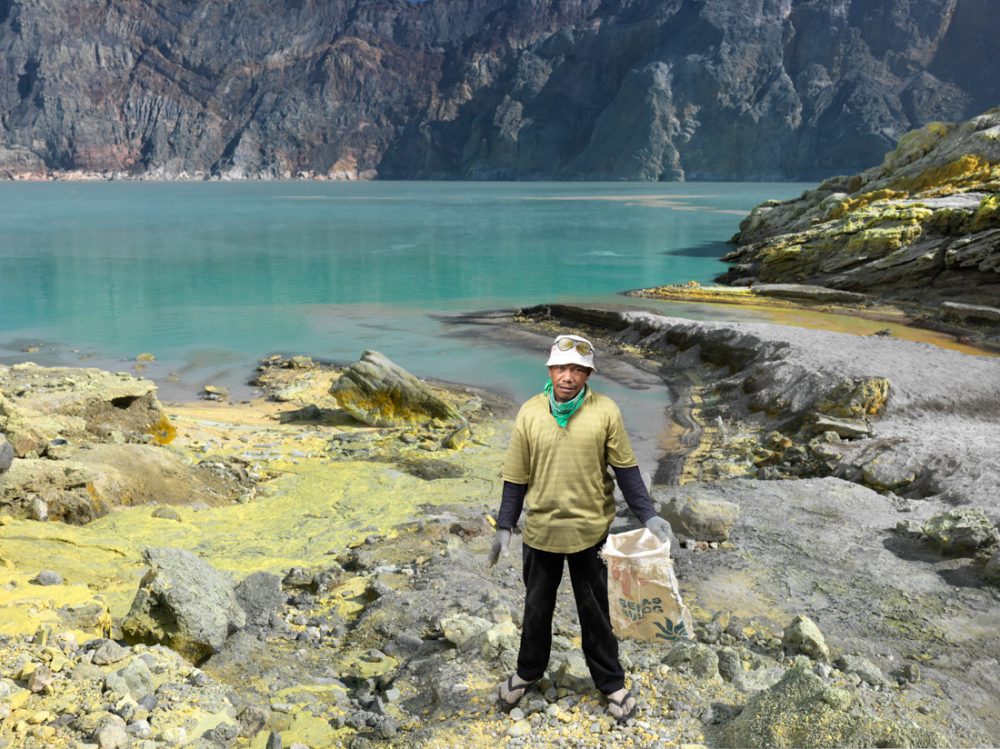 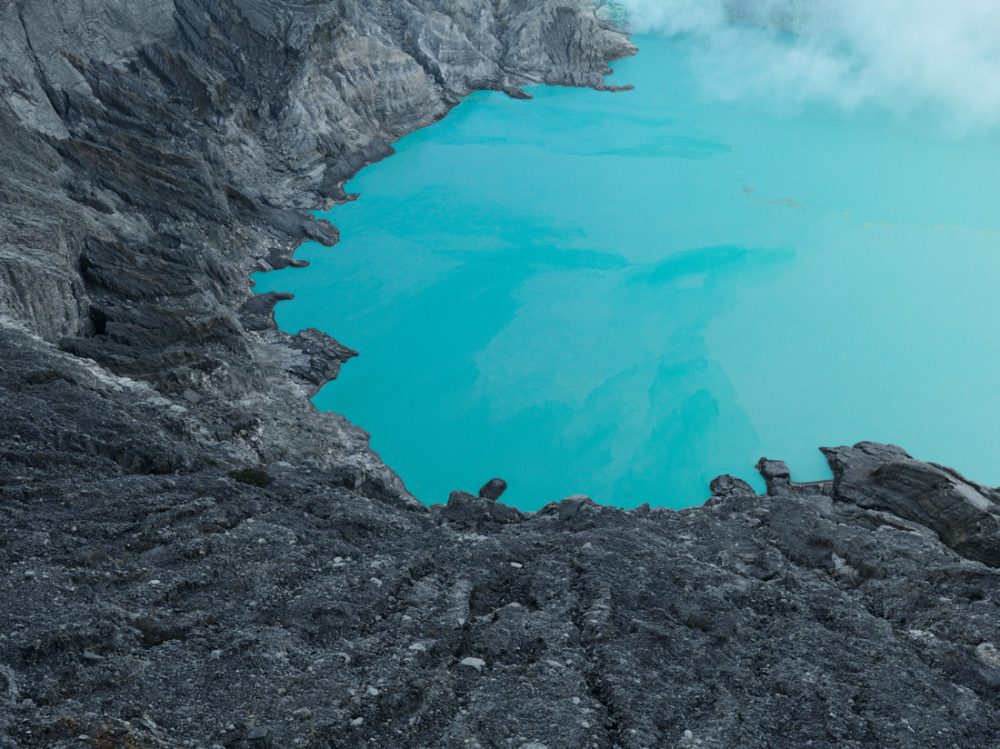 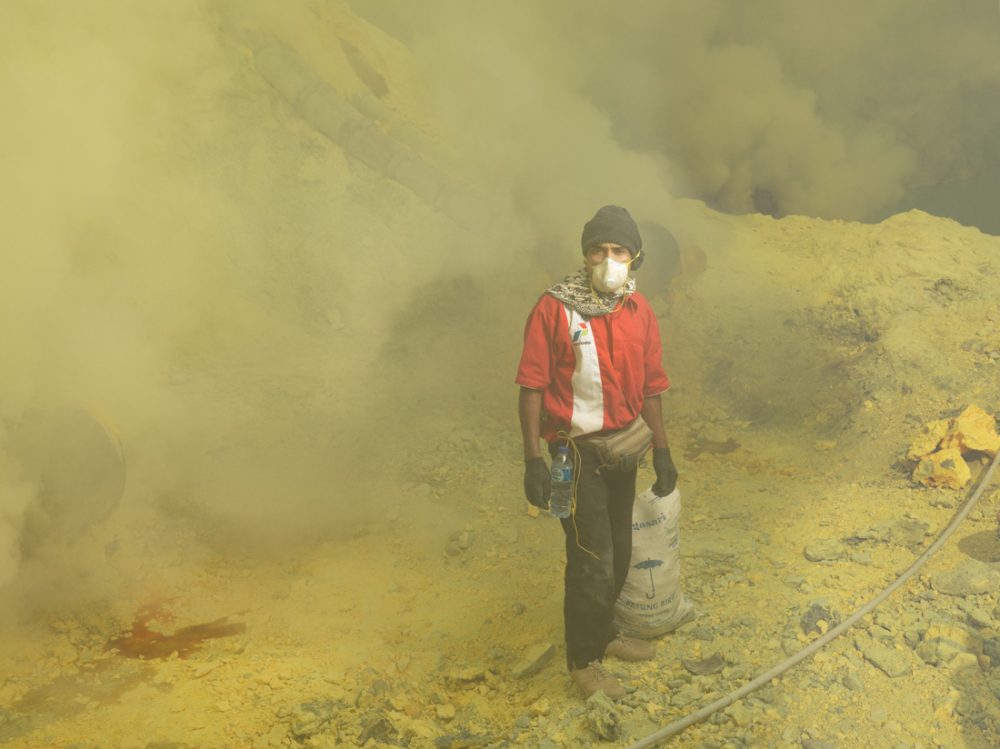 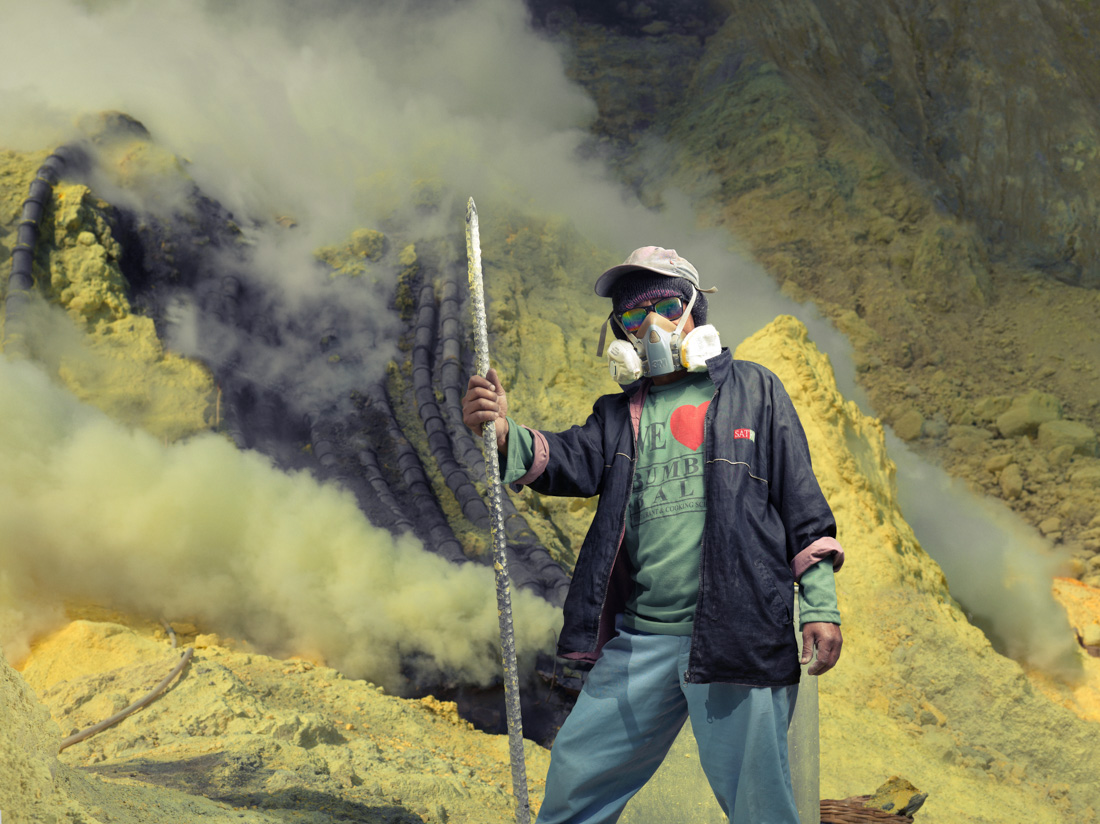 Roman Jehanno is a French photographer, he graduated from the École des Gobelins in 2008. Roman develops his work around spectacular landscapes in which the human being hold the first role, such as his series “Savoir-Faire”. For this series he was awarded in 2014 the first prize of the Hasselblad Master. Today the series continues with more than 400 portraits shots between Austral Africa, Indonesia, Japan, USA, Peru, Lapland and France.