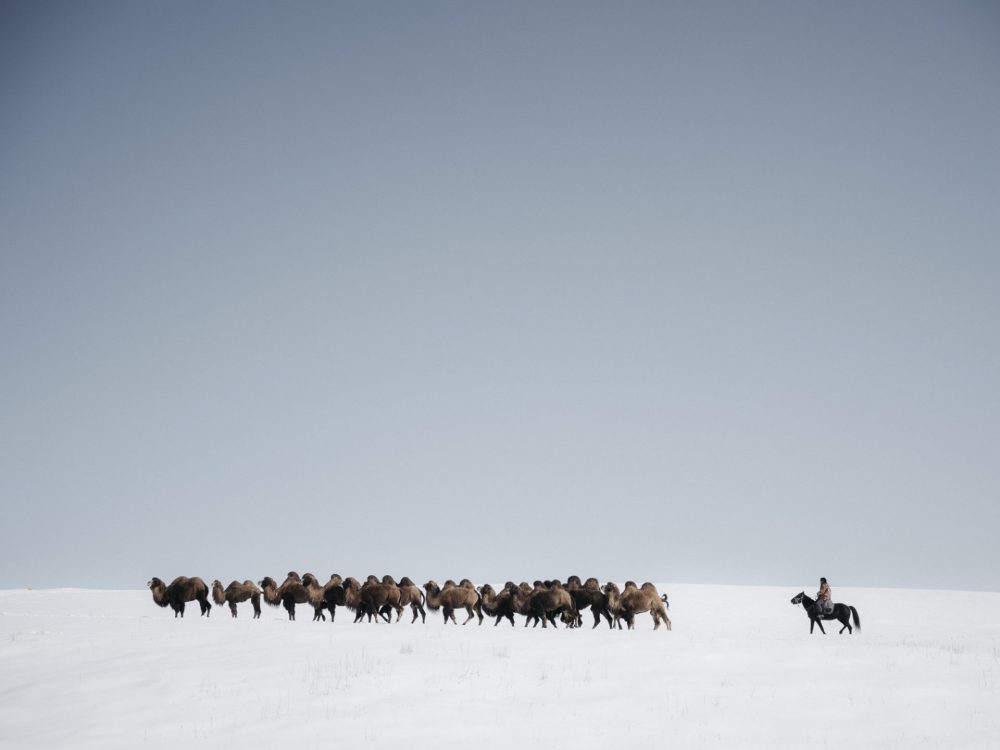 In the heart of the snow-covered Tian Shan mountains, far from the abundance of cities, a camel-shepherd family keep leading its rhythm of life far from the world. In love with wide open spaces, where the steppes are still untouched by any human form, Bolotbaike and Kendjebaike lead a secluded life in communion with their camels.
Apprized for its endurance and adaptation to extreme conditions, the Bactrian camel is used as a pack animal but also for its meat, fat and milk.
Between December and January temperatures can reach -40°C. An icy cold far from frightening the older of the two shepherds, Bolotbaike, the only one to manage the fifteen camels during the winter.
His rhythm of life is regulated in daylight: he feeds his herd early in the morning and just before sunset. A makeshift well, dug above a fresh water source, allows him to drink and wash himself. In a room in the shelter, he stores horse and sheep meat which he then cooks into a stew. As for electricity, it is supplied by solar panels that power his few light fixtures at nightfall. Bolotbaike likes this way of life: «It is a life I have chosen. I like being alone in the middle of the mountains, it’s an extraordinary feeling. And camels are good animals, less dependent than sheep. ». At the entrance of the refuge, a mirror, a razor and toothbrushes: «it’s all I have here». Bolotbaike lives with a few clothes and no identity papers: «no need» it seems to say. The next morning he asks: «Do European people dream too? »
Divorced for eight years, he lets himself dream of sharing his life with someone else. Unfortunately, encounters are rather rare in Tian Shan. However, he can be confident: in Kyrgyzstan, telling a woman that she has «camel eyes» is a very nice compliment…

Further down the mountain, his friend Kendjebaike leaves his family home to visit him on horseback. Once a month, through the vast snow-covered steppes, he makes this perilous journey to supply his comrade.
A camel driver for four generations, Kendjebaike is the youngest of a family of fourteen children. He maintains the family heritage under the watchful eye of his mother Latiypa, with whom he shares the family home, and his wife Perizat, his eldest son Toko and his daughter Nurayim.

In 1991, the Kyrgyz satellite left Soviet orbit. However, although the country has been reviving its nomadic traditions since independence, the return to land privatization, far from the Soviet promise, has not been able to prevent the economic isolation of the rural world.
After serving in the army from 1982 to 1985, the father of the family recalls the time of the kolkhozes: «At the time, there was work for everyone. Today it’s much more complicated to find work! ». The sovkhoz, which promised to abolish the economic isolation of nomads through agricultural cooperative systems, no longer exists and the privatization of land since 1991 has led to massive unemployment throughout the country: «It was very hard,» he recalls. For his mother, formerly known as «Mother – Heroic» – a distinction awarded by the Soviet regime to all mothers with ten or more children – livestock is an element of social prestige that must be maintained.
Three years ago, Bolotbaike and Kendjebaike started producing camel milk. Unlike its beige desert cousin, only the brown long-haired camel that feeds in the mountains produces protein-rich milk with a high antimicrobial potential. Both men sell their production to the local shaman for medicinal and therapeutic use. However, the animal only produces a very small quantity every two years. A tedious work with time that the two friends will continue to carry out over the next few years.

Between nostalgia for the kolkhoz and the quest for freedom, Bolotbaike and Kendjebaike will perpetuate as long as possible this solitary and precious pastoral life. 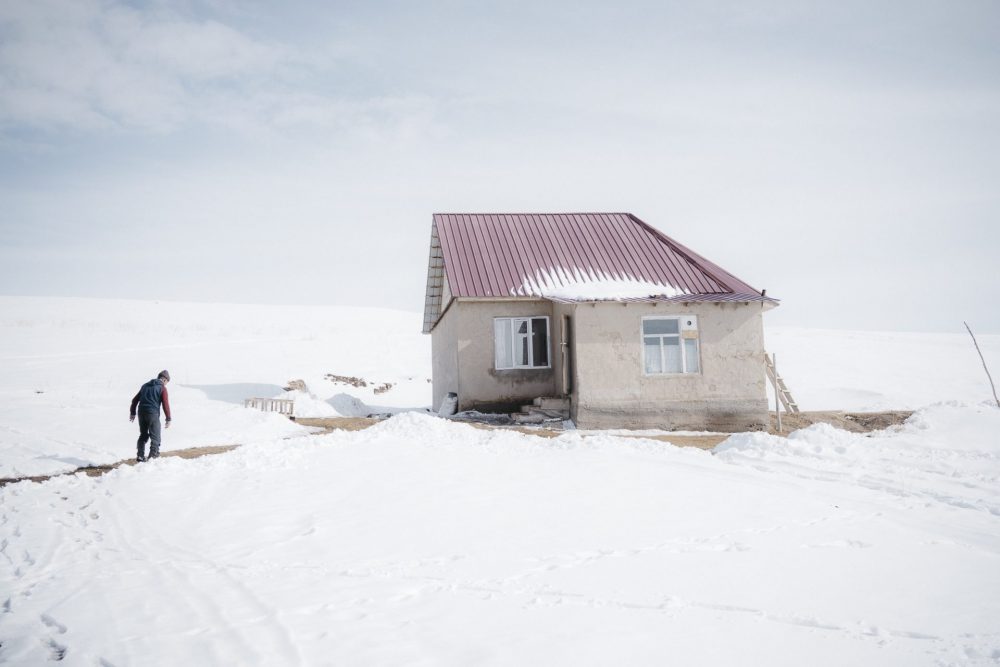 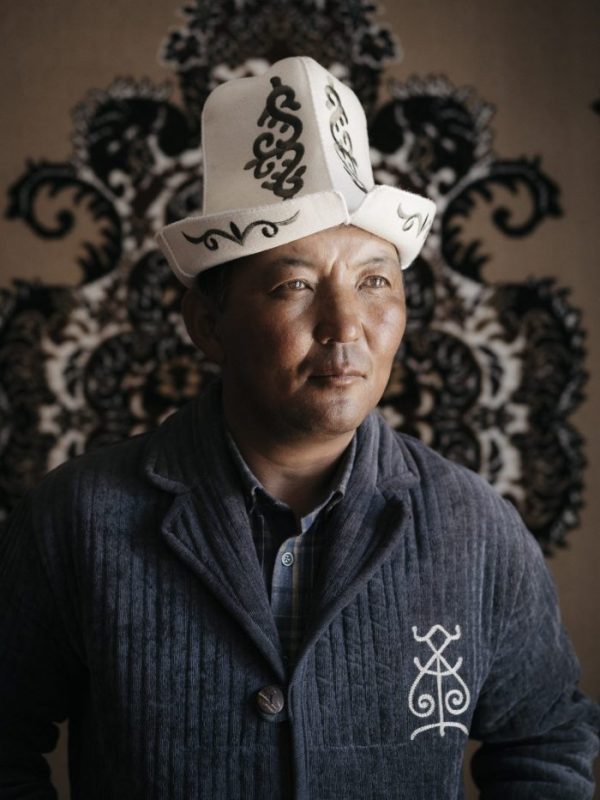 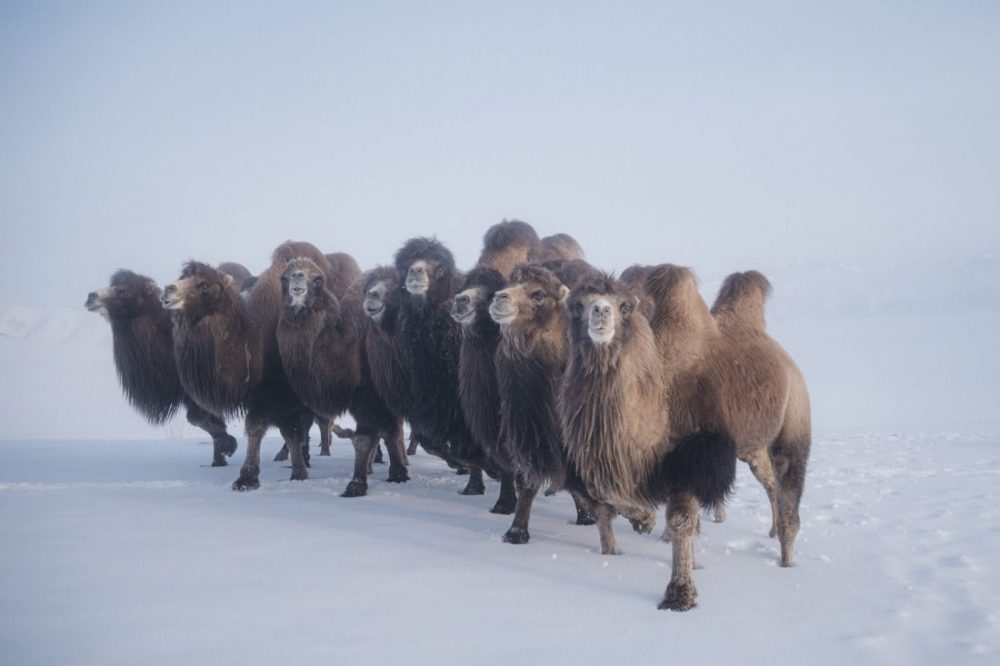 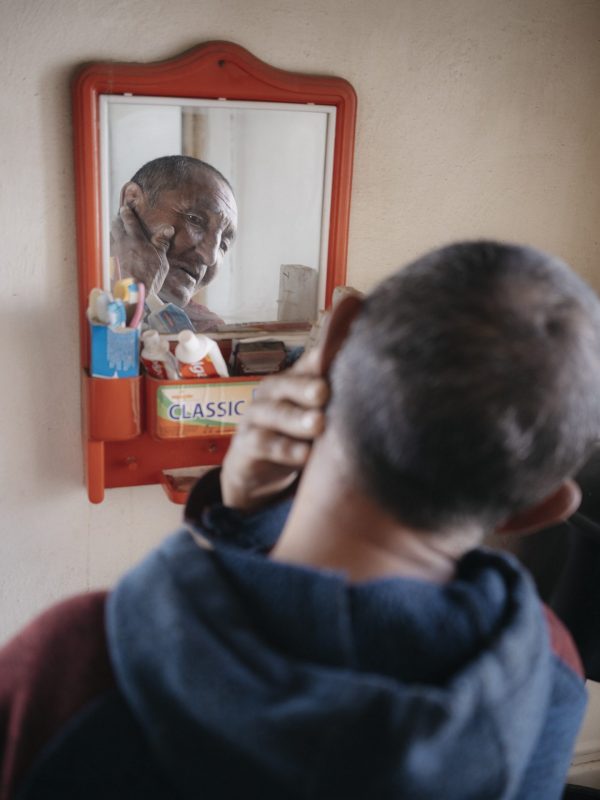 Every morning before going out to feed his animals, the shepherd quickly washes his face. © Theo Saffroy

Bolotbaike adds pieces of wood to his fireplace stove for lunch. In this refuge, he has the bare necessities to live through the winter. © Theo Saffroy 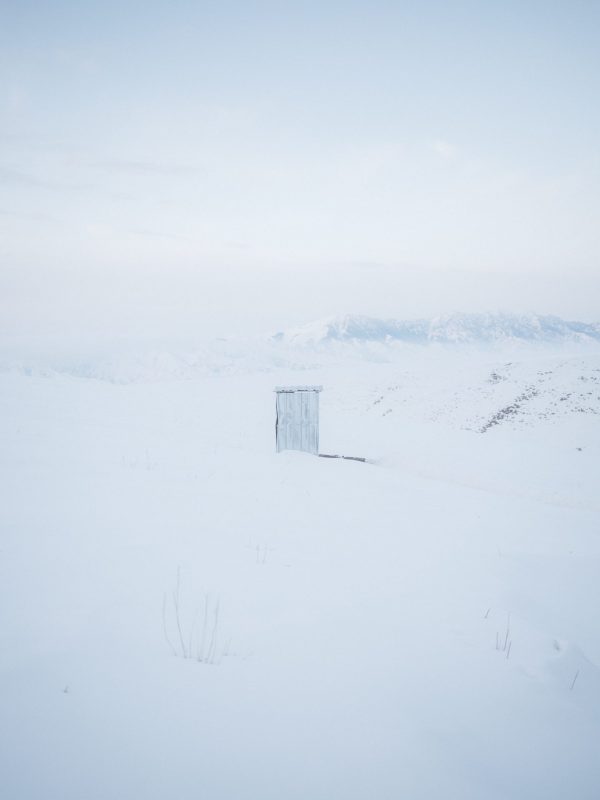 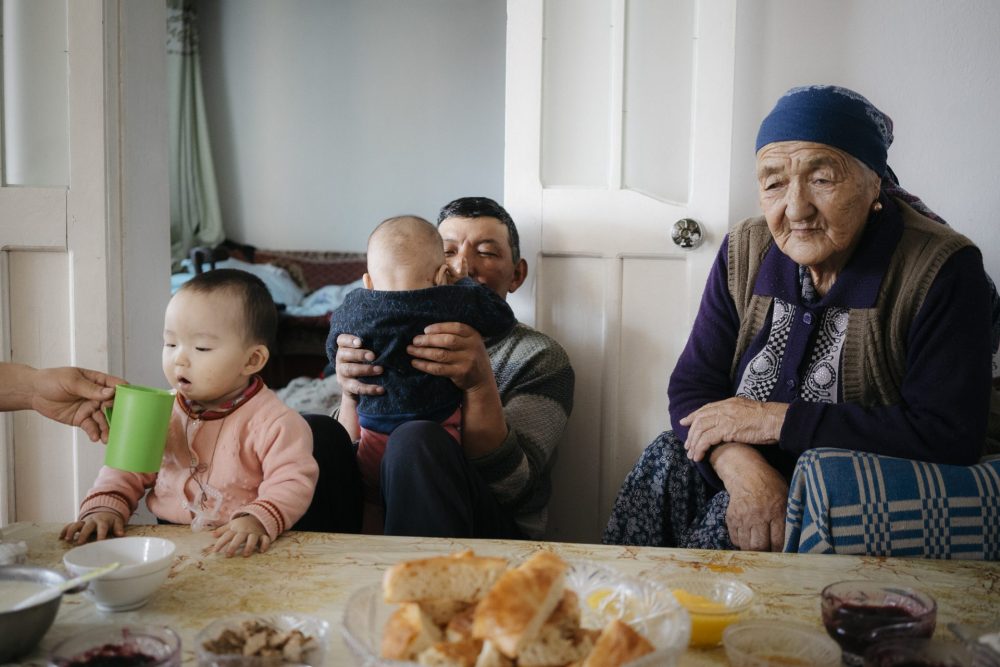 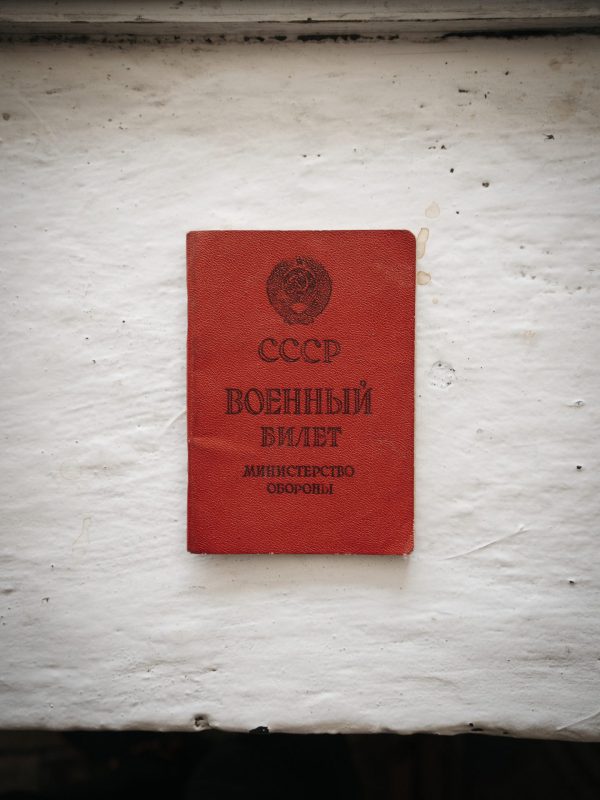 Passport of the USSR A time that the family regrets so much as work was more abundant. © Theo Saffroy 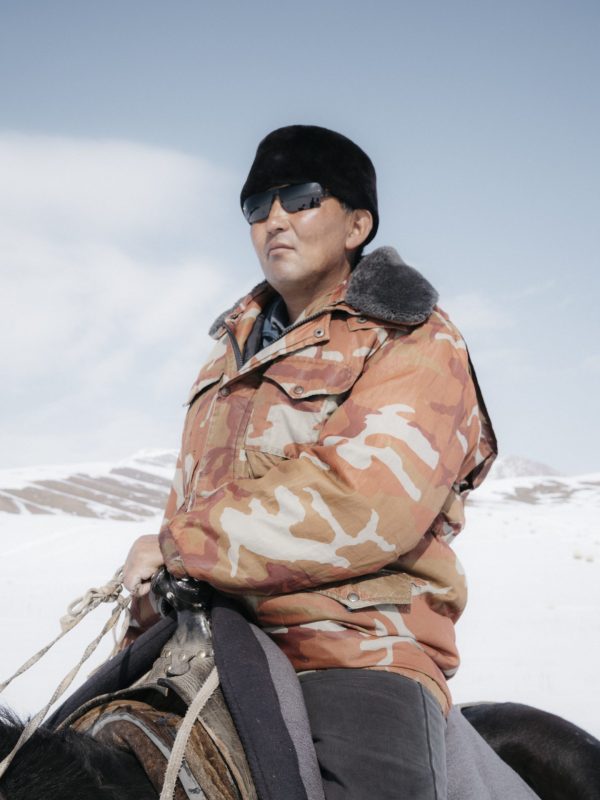 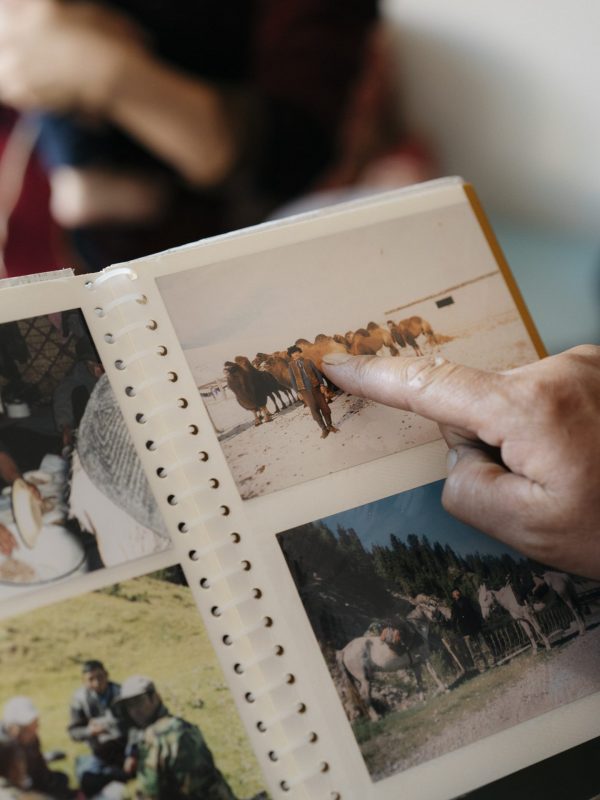 Photo of Kendjbaike with his herd in the early 2000s. © Theo Saffroy 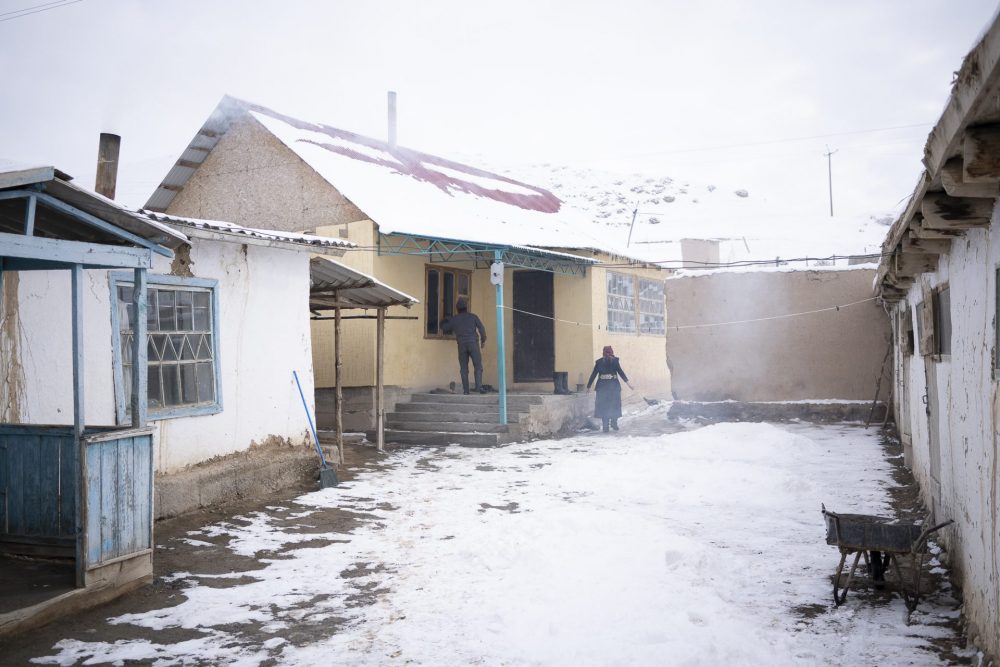 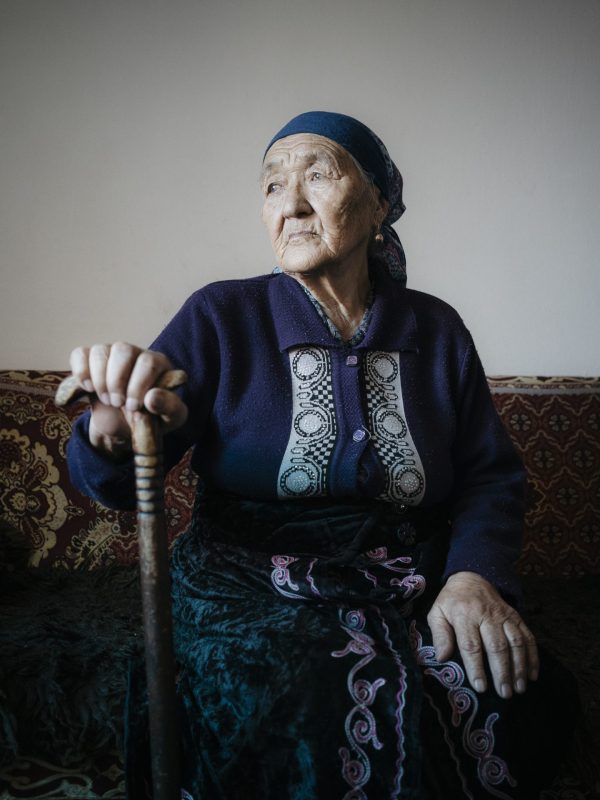 Theo Saffroy is a French photographer based in Paris. His documentary work focuses on the human being and questions notions of identity, memory, and transmission. He is particularly interested by the link between people and their traditions and seeks to document isolated and singular lifestyles all around the world.

Theo’s work has been published in French press such as Paris Match, L’Équipe, Le Figaro, Courrier International, Marianne, L’Obs, France Info.
© Copyright photo-letter and all artists on this site