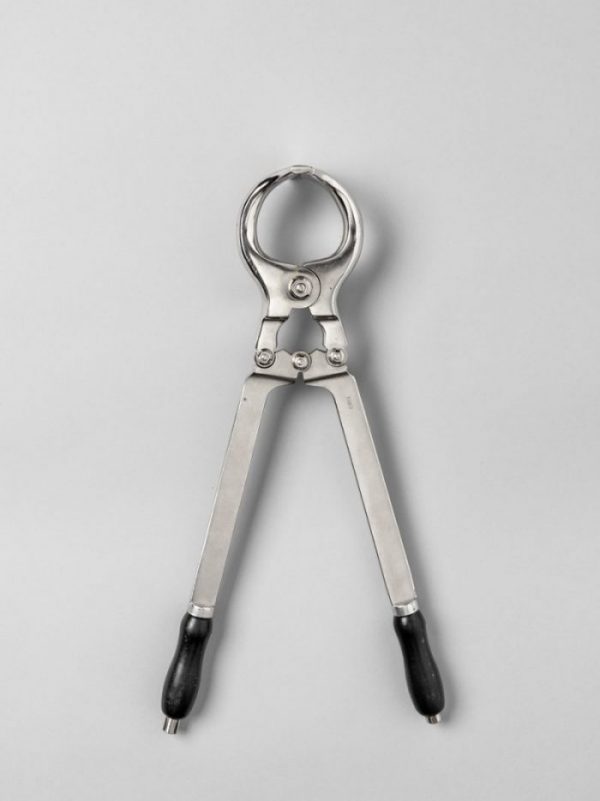 This castrator is to castrate cattle. The vein leading to the testicle is crushed with its metal edges, causing testicle atrophy due to the lack of blood supply. Castration is a painful procedure that humiliates and destroys the hormonal balance of the animal. It may be carried out on young animals without anaesthesia. © Timo Stammberger

Most people won’t even look at my images from inside the farms. We avoid facing the cruel origin of our food. We’d rather not know. I photographed so many confined animals inside factory farms. Nobody really knows what’s happening to them or comprehends the extent of it. Billions of animals are kept in windowless sheds, hidden away from our cities and the consumer’s eye.

Animal agriculture is one of the most destructive and unethical industries on the planet. It’s a trillion-dollar industry with devastating effects on human health, food safety, farm workers, rural communities, triggering water and air pollution. It is also the leading cause of deforestation, rainforest destruction, water consumption, and responsible for more greenhouse gases than the transportation industry. 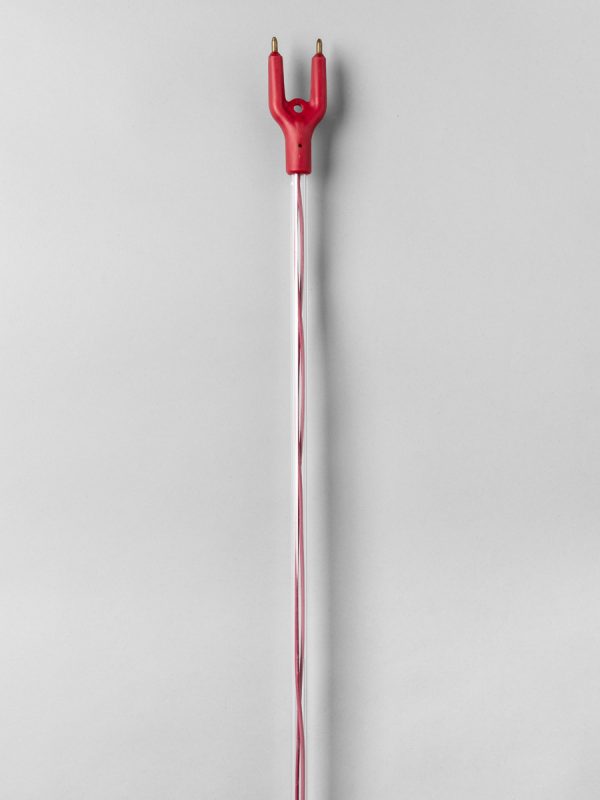 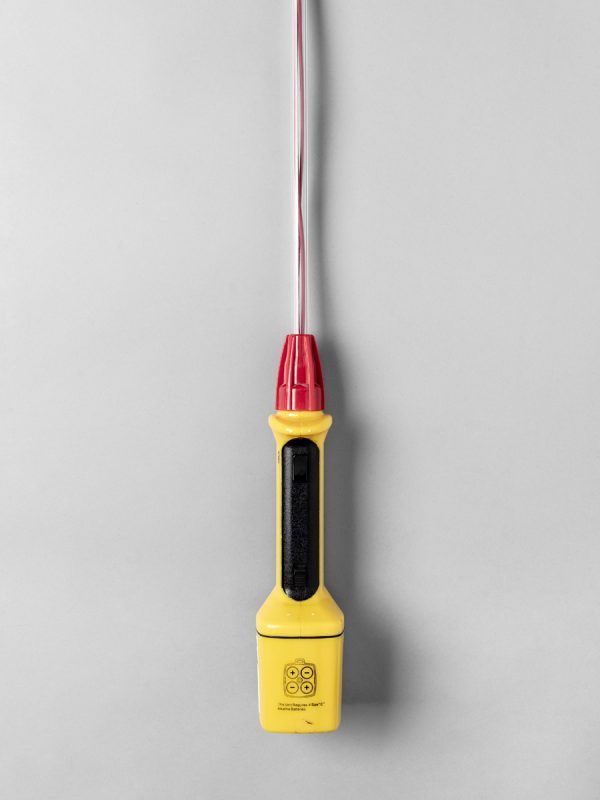 Electric prodders are handheld electric shock devices (6000 volts) used to make animals, such as cattle or pigs, move by striking or poking them. They are often used as soon as the animals arrive at the slaughterhouse when they are too frightened to move ahead voluntarily. Livestock drivers may only be used under certain conditions and on certain parts of the body. It is common, however, that they are used too frequently and on areas of the body for which they are actually forbidden, such as particularly sensitive areas like the eyes, nose and mouth, but also the udders or vulva. ©Timo Stammberger 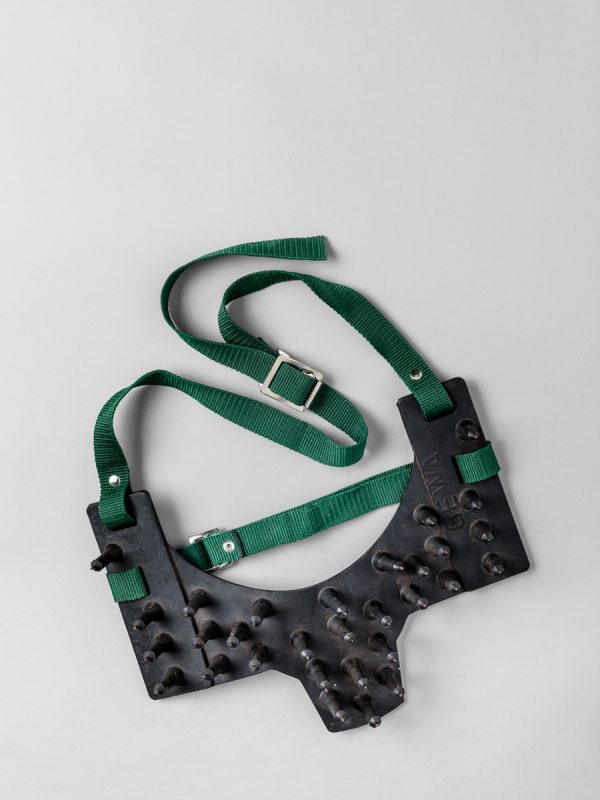 Anti-suckling collar. The collar is attached to the head of the calves with the teeth pointing outwards. Other animals then avoid or fend off these calves preventing them from suckling. Newborn calves are separated from their mothers early on so that the milk can be sold to dairies. Since the calves cannot drink from their mother's udders, they search for milk elsewhere - even from other calves. ©Timo Stammberger 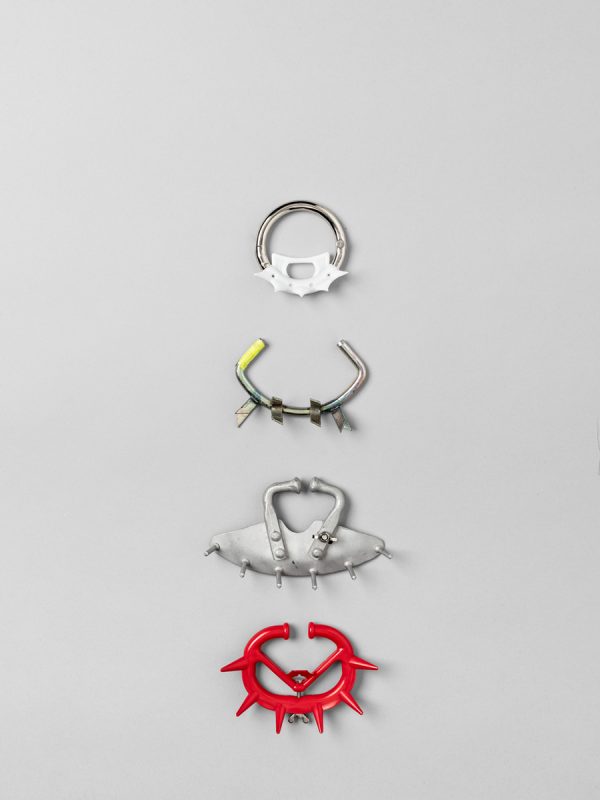 Various anti-suckling nose rings. This brace is attached to the nose of calves, the teeth pointing outwards. Other animals then avoid or fend off these calves preventing them from suckling. Newborn calves are separated from their mothers early on so that the milk can be sold to dairies. Since the calves cannot drink from their mother's udders, they search for milk elsewhere - even from other calves. ©Timo Stammberger 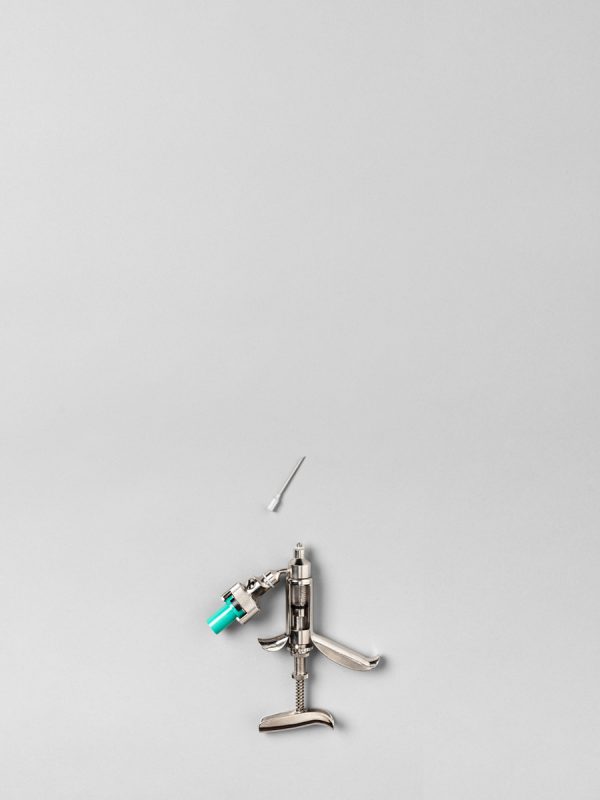 Hypodermic syringe. Pigs are given iron, vaccines, hormones, antibiotics and other medications. The use of antibiotics to keep the animals productive despite inappropiate farming conditions, has become a frequent routine. This also poses health risks for human consumers. ©Timo Stammberger 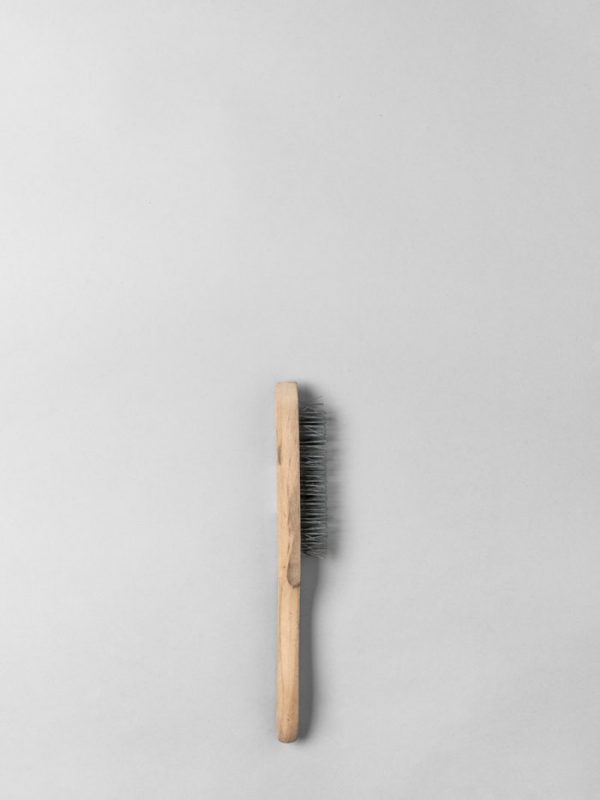 This wire brush was used at a slaughterhouse in Aschaffenburg (Germany) to force pigs delivered there to move along. The wire bristles were scraped across the genitals repeatedly, leaving no traces of violence observable on the meat later on. These are the findings of an investigation conducted by SOKO Tierschutz, an organisation that published video footage from procedures at the slaughterhouse. © Timo Stammberger 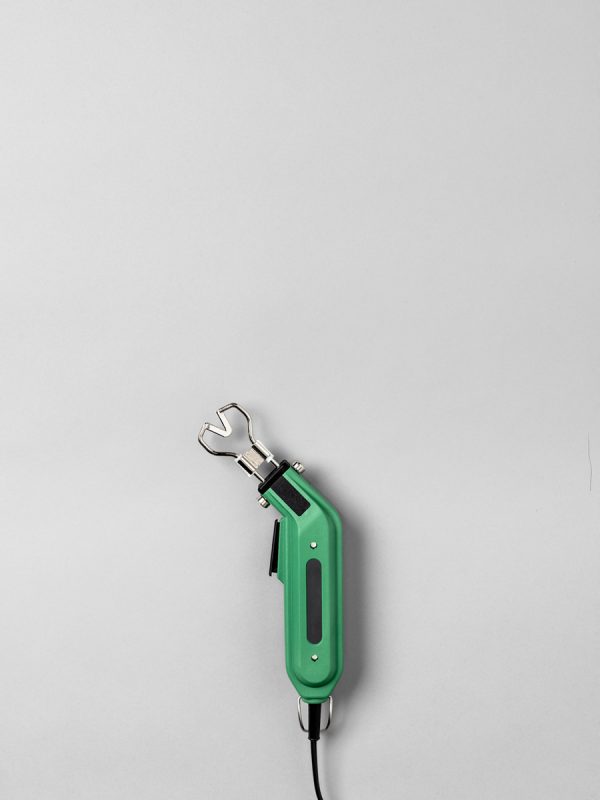 Electric tail docker. In the first days of life, the tails of newborn piglets are cut off with the heated blade of this machine. This is done to prevent them from biting each other's curly tails. Constant boredom, crowdedness and the atmosphere of groups of pigs in stalls all lead to such cannibalism. The German Animal Welfare Act permits this practice until the fourth day after birth. The piglet is not anaesthetised. ©Timo Stammberger 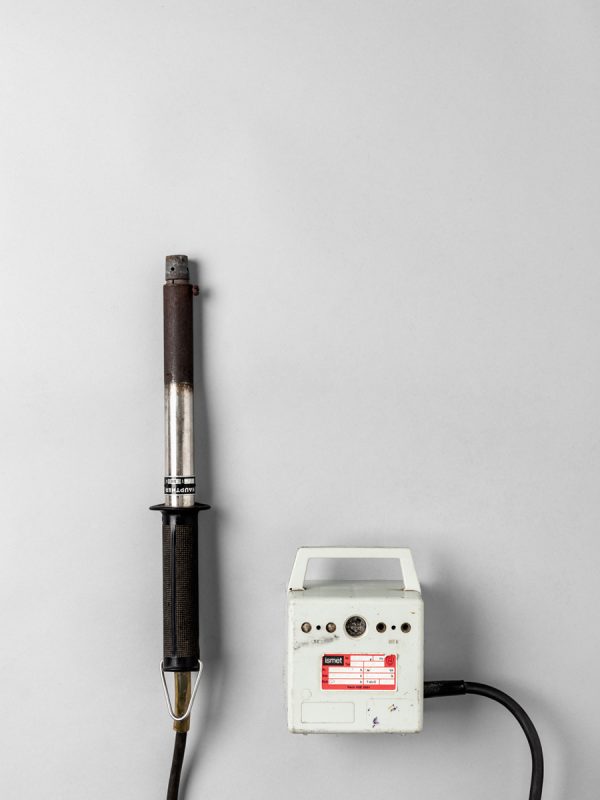 Dehorner. This hot fuel rod destroys an animal’s horns. It may be used on calves under six weeks of age without anesthesia. Hornless cattle can be kept in higher stocking densities and narrower stalls. ©Timo Stammberger

Nose ring applicator. This applicator is used in cattle breeding. Breeding bulls must have a nose ring by 12 months of age at the latest in order to be able to guide them with a rod attached to the ring and a halter. The ring runs through the nasal septum and causes jerky head movements that are painful for the animal. The use of anesthesia is not common for this procedure. ©Timo Stammberger

Timo Stammberger was born in 1980 and grew up in Hamburg.  He studied photography at the Ostkreuz School of Photography. In his numerous photographic projects he deals with socio-political topics.

His works have been published in various group exhibitions and numerous media. His clients include Metropolis Magazine, Greenpeace Magazine, Fluter Magazine, Spiegel Online and Süddeutsche Zeitung Magazin. He lives and works in Berlin.