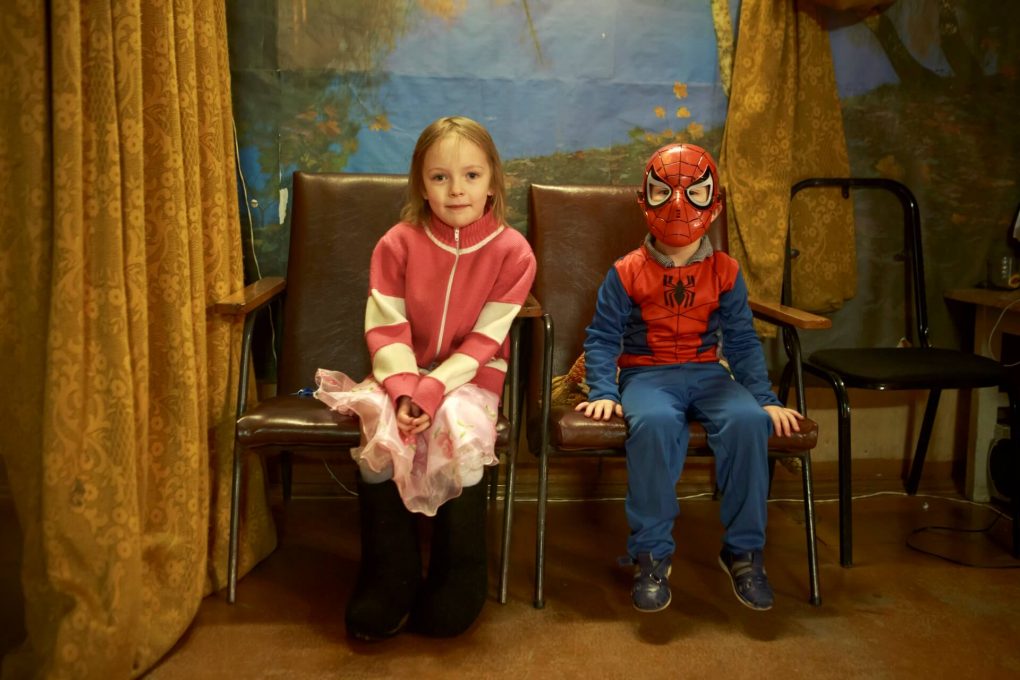 Children waiting for a Christmas show in the local House of Culture in the village of Begul. Novosibirsk, 2014. © Valeriy Klamm

Motherland as a mega-idea, as an idol to worship and defend, as a geolink of kinship and duty, does not exist anymore. Spaces are sliced up, pieces are grabbed. Everything is alien; there is nothing to love, nothing worth sacrificing your life for… Everlasting need of heartiness pushes us to shift from devotion to territories – to care for the ones who live there.

My motherland for me is extraterritorially, it is a sequence of faces and fates. People I met, whom I connected with, who changed or provoked something inside of me, who warmed my heart and supported me – my kindred soul.

Assembling endless puzzles of photos and texts about the daily life of Russian provinces – simple stories of simple heroes in simple circumstances – I tried to present my country through the stories of its inhabitants and their surroundings, through their faces, or my own feelings.

My attempts to “open up Siberia” visually to the wider world means for me a kind of diplomacy within photography. It is a very personal gaze to the depth of Russia, country that has now become scary for many. This “Siberian soul’s song” is all about the understanding. —Valeriy Klamm 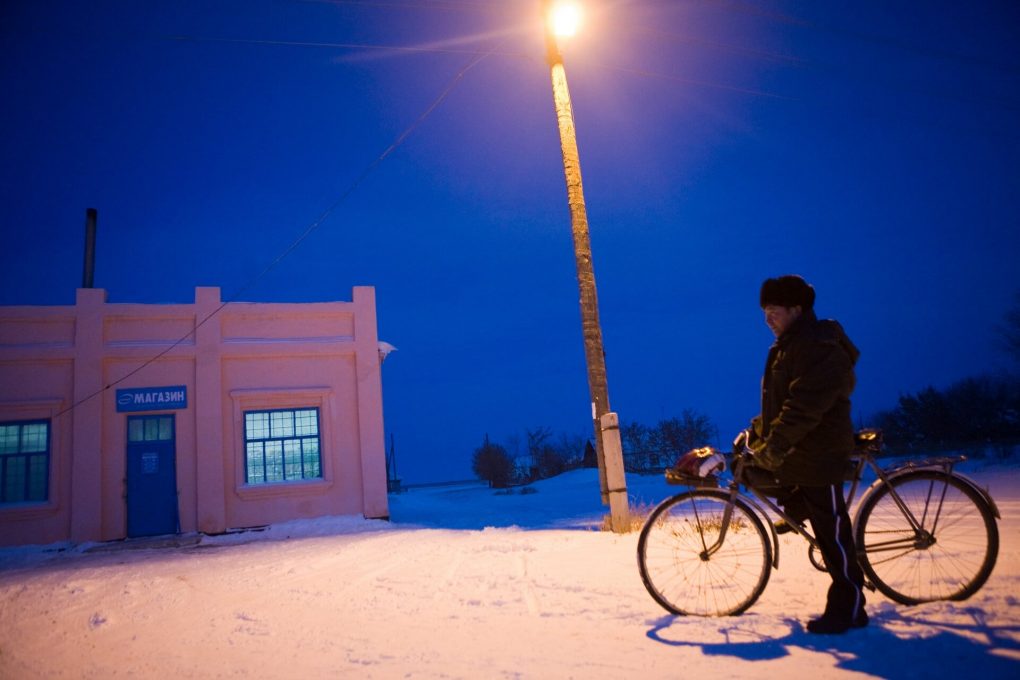 Meiram Moldakimov's nickname is Nix. He has been working as a pipe fitter for twenty six years. His role is very important as he is responsible for the water supply for humans and animals. He makes sure that the water pipes do not freeze and blow up. He rides his bicycle all year round. Novosibirsk Region, 2011 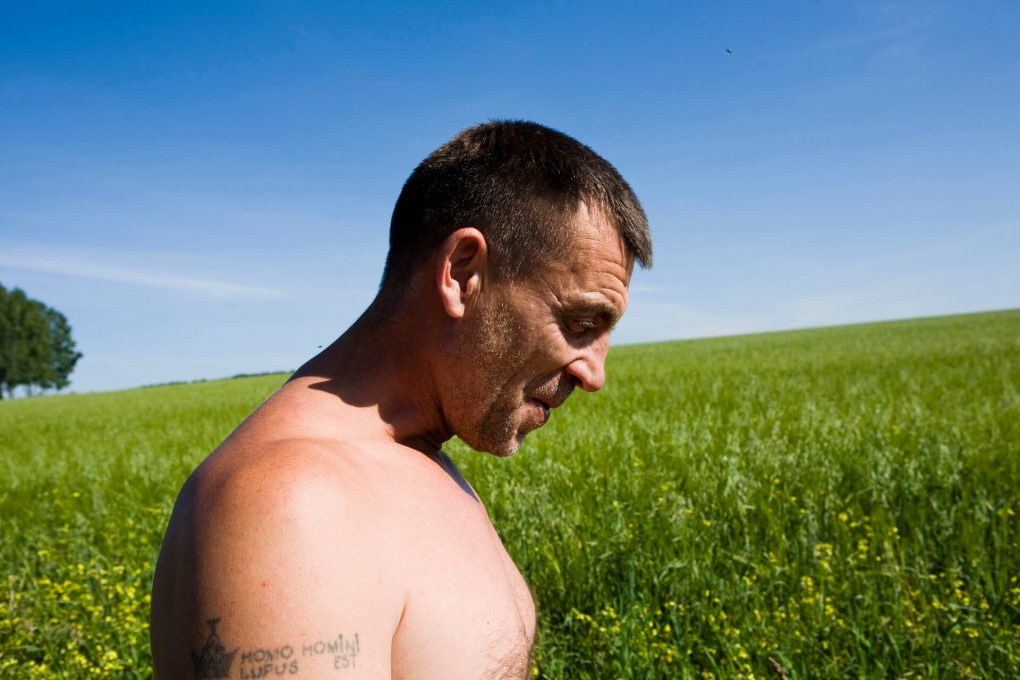 Mikhailov is the (land) owner of a lake and leases its water and lakesides. After a concussion, a doctor told him to go live somewhere deep into the forest if he wanted to live longer. This is how the former commander of special troops arrived here at the beginning of the 1990s. This is a peaceful lake, where one can wake-up with the sound of a crane. Novosibirsk region, 2009 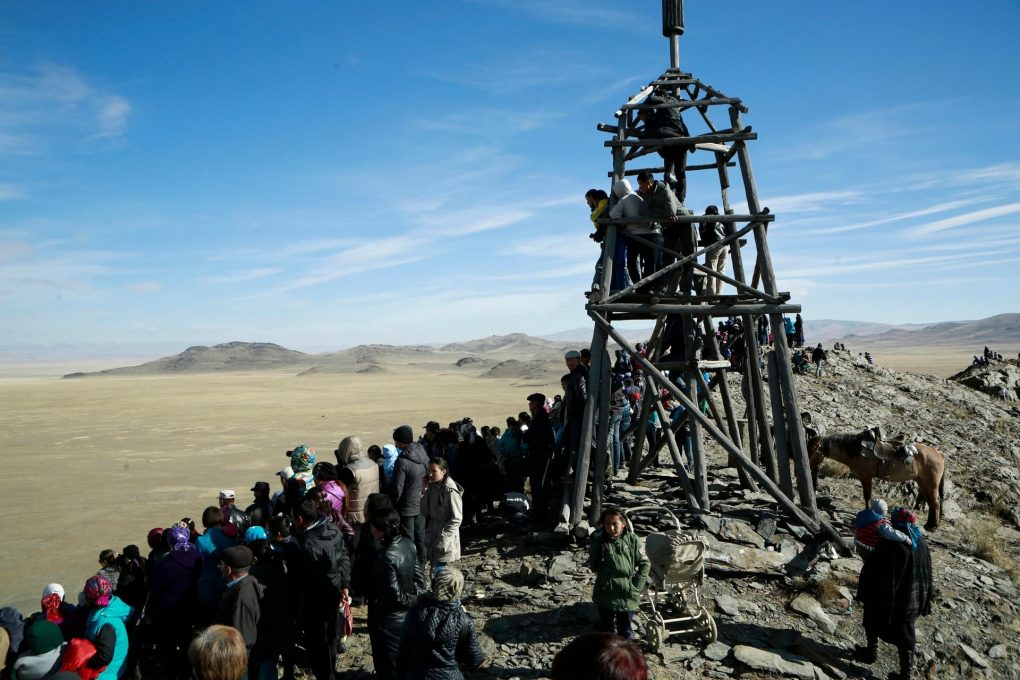 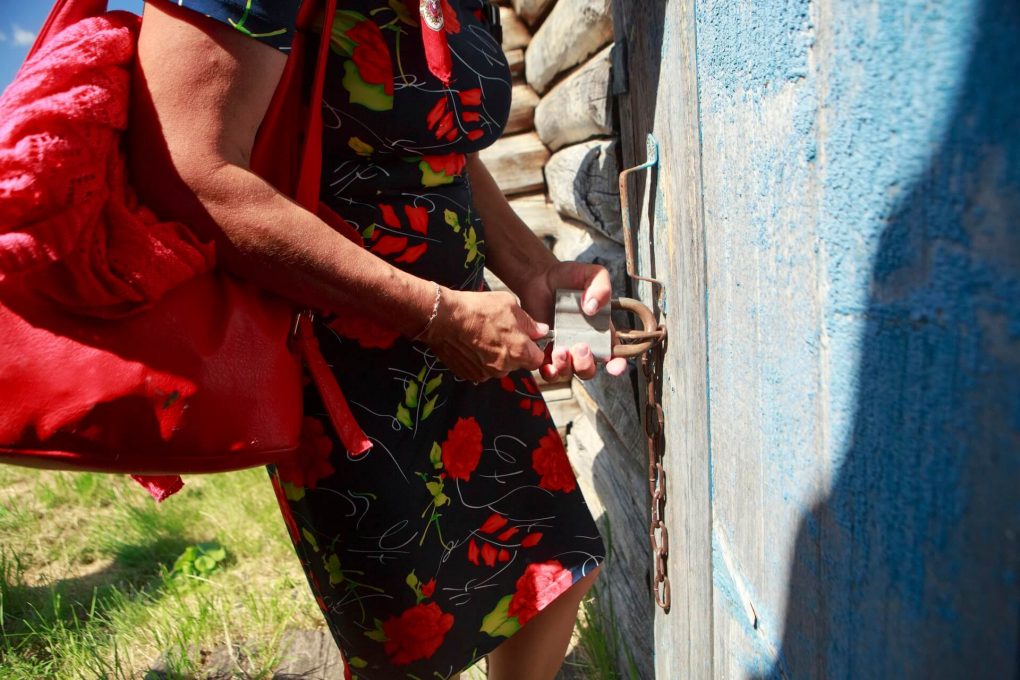 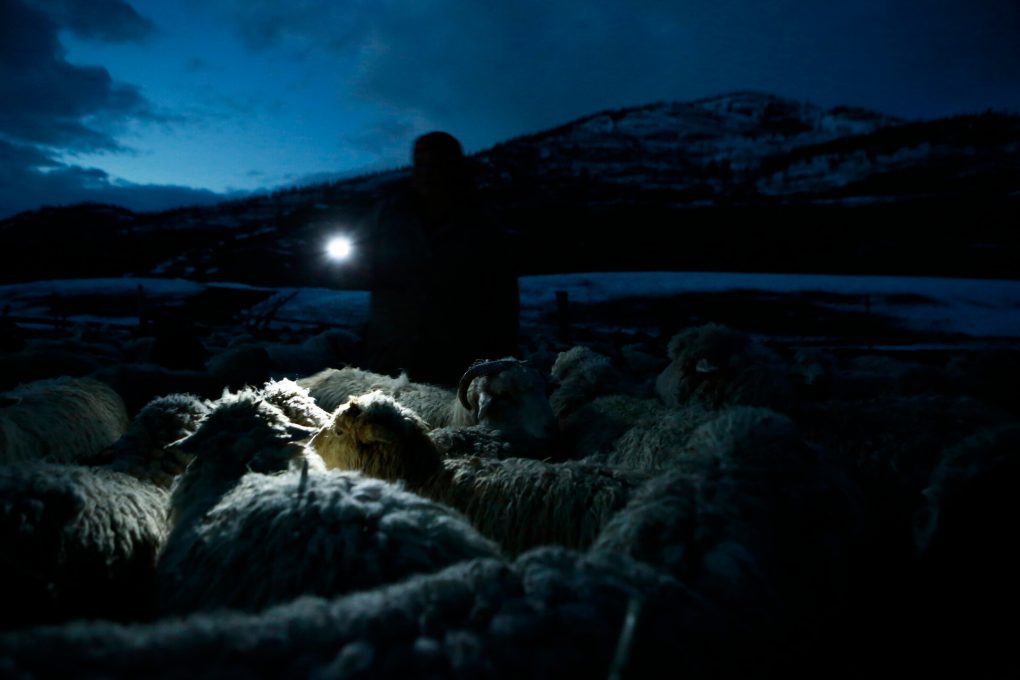 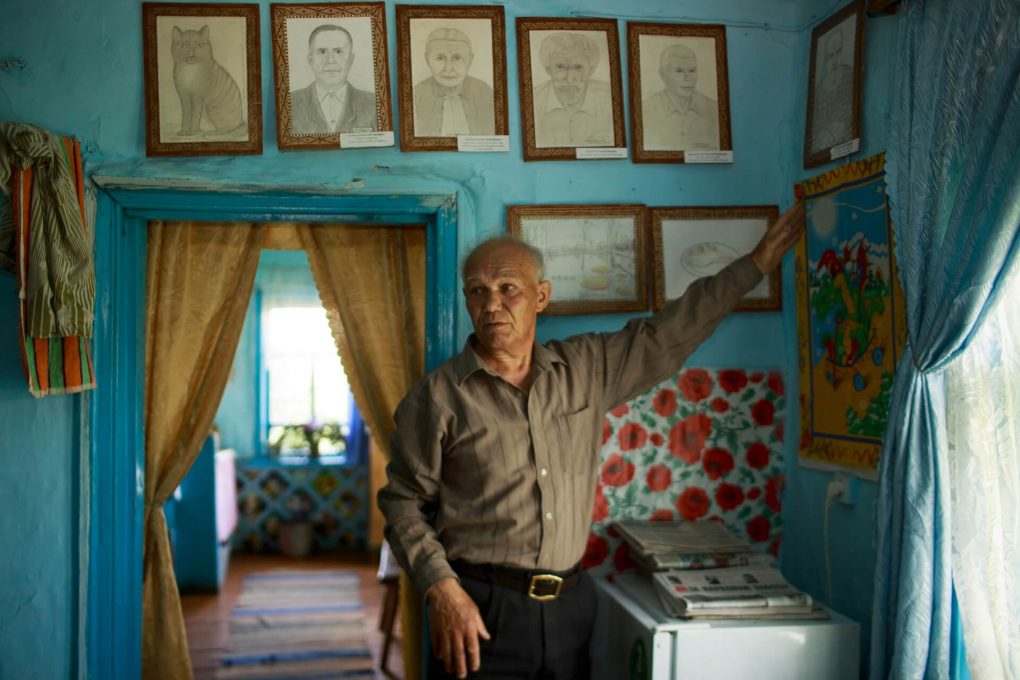 Alexey in his house in Bergul village, showcasing a gallery of portraits that he created. In 1991 his mother fell ill, as did the country that he thought he knew and where he was born. Also a leading electrical engineer, he decided to move from Minsk, Belarus, back to his native village. “No more obligations to the country, only to my kin”. He stayed home and cared for his sick mother for five years. Bergul Village, 2013 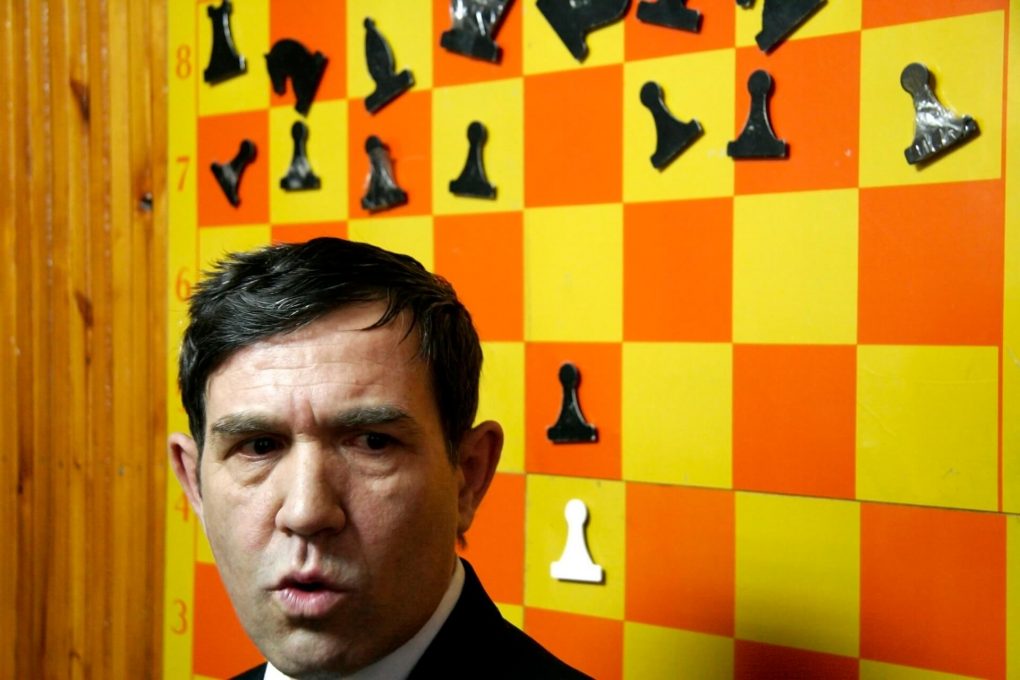 I have been working on the subject of rural life. Initially as a head of international photographers expedition teams (Great Rivers and Roads of Northern Asia), later – as a sole photographer, film-maker and storyteller.
Since 2009, as a founder and editor, I have run a photo blog titled  “Birthmarks on the Map”  and devoted to daily life in Russian provinces: simple stories of simple heroes in simple circumstances, beyond the headlines and away from big cities.  There are dozens of contributors – Russian and foreign photographers. As for me, in collaboration with ethnographers and anthropologists, local museums and explorers I am building an archive for my own work.

Self-published photo books: The Siberians (2013) and prints-on-demand  ByTheWay  (2016).
Since 2018 my blog and rural activities are in stand-by mode, I am studying and capturing humanity in ‘city jungles’.

1961 – born in Novosibirsk, Russia
1983  – Bachelors in Architecture (graduated in Novosibirsk).
1999-2004  – “Culture” Program Coordinator of the Soros Foundation in Novosibirsk branch. In 2000 headed Siberian part of “East of Magnum” Project (Magnum Photos ‘ exhibitions and master-classes).
2002-2005  – Head of international photo-expeditions: Sayano-Altay, Yenissey River, East Kazakhstan.
Since 2009  – Founder and Editor of “Birthmarks on the Map” photo blog community.
Since 2011  – Member of The Russian Union of Art photographers, expert of The Russian Geographical Society.
2017-2018  – Jury member of the  FAPA (Fine Art Photography Awards).